It has been one full decade since the release of Savage Shores, the final expansion set for Pirates CSG.  Today November 5th 2018 marks a unique day in Pirates history, as the game slowly becomes more than 10 years old.

You can find the set’s information in the Master Spreadsheet, or possibly at the Miniature Trading database.

Personally, I enjoy Savage Shores as a whole.  They brought back mysterious islands, but in new and interesting ways (Isles of Fire and Great Turtles, in addition to some reasonable classic-style MI’s).  Although small, the set contains a wide variety of interesting and usable game pieces.  Ophidious is one of the best sea creatures in the game, while the Frontier and American Native Canoes revolutionized the gold running for the American faction.  The Cursed made out well too, with Navigators and the Celestine boosting their own treasure gathering efforts.  The Spanish got richer with native canoes and a hoist of their own.  In my opinion, the set succeeds at its theme and “wild west” nature, and further delights players with yet two more 10 masted junks (though their distribution in separate boxes still frustrates some to this day).

The set was not without its problems, as a number of game pieces suggest that nearly no playtesting was done.  He’e will go down as unquestionably the worst #001 game piece to ever be a “signature” or “flagship” game piece of a set, and could compete for the title of worst sea creature (which is really saying something, as sea creatures are usually horrible in games).

On the opposite side of the spectrum, the new boosts to gold running were generally underpriced, with navigators perhaps the worst offender.  A few game pieces were exploitable to the point of being game-breaking, such as the bizarre Altar of the Loa unique treasure or the amazing Libellule.  The set also had its fair share of boring game pieces that have been all but forgotten for good reason, such as HMS Silent Swan and Demon Gate.

The artwork has some great moments, and I happen to love the named crew art.  Here are two of the prettiest ships from the set: 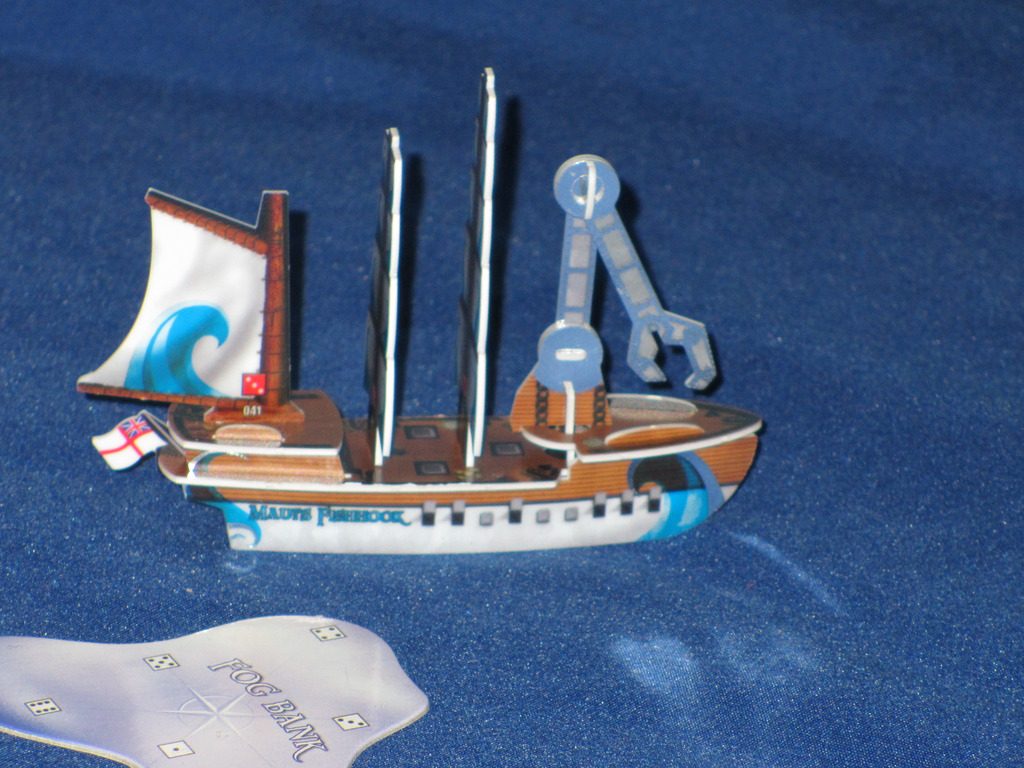 The English hoist Maui’s Fishhook, one of the Super Rares. 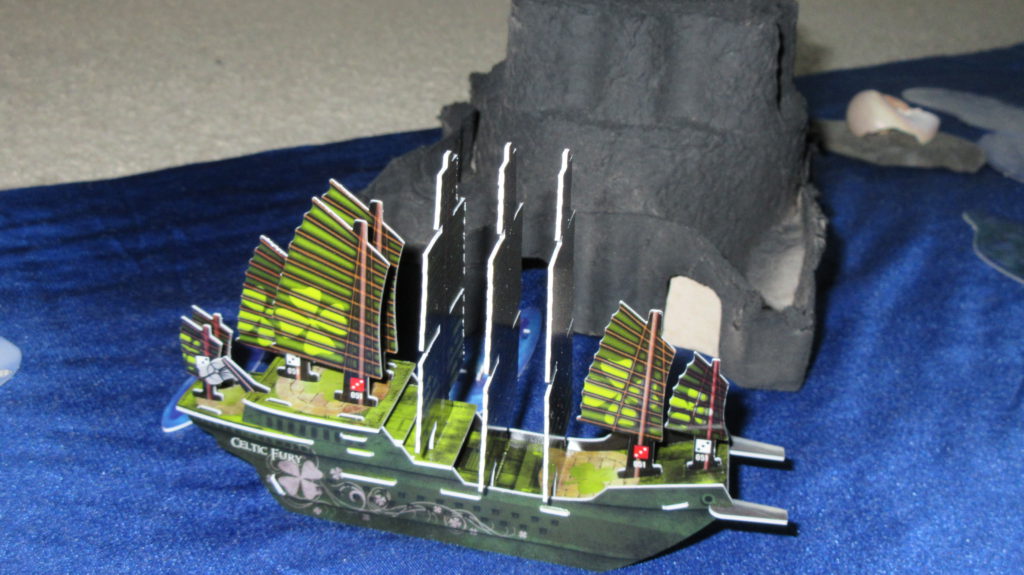 If you want a full overview of everything in the set, look no further than the 33rd episode of the Pirates CSG Podcast, where godmason and I dissect every single game piece.

Xerecs and I plan to play a 10th anniversary game later tonight, after which I will provide a battle report.

What do you think of Savage Shores?  Are you a fan of the set?  Feel free to elaborate on what you think Wizkids did right and wrong with the set, and/or what your favorite or least favorite game pieces from SS are.

Here is the anniversary game!

Posted in Uncategorized and tagged Sets.