Here is my current list of the Top 10 gold runners in the game. Feel free to post your list. Ranking gold runners is usually easier than ranking gunships because they’re a lot less complex. However, this list became very difficult, similar to the gunship list. In particular, I found it very hard to determine what sort of “theme” to have for my list – I found it hard not to rank similarly-sized ships one after another. As a result, all of the larger ships are in a row, so if they moved down on the list they’d probably move down as a group. 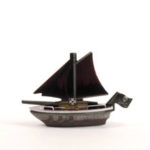 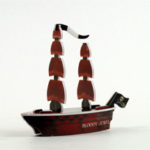 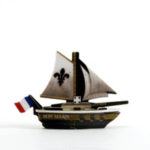 With a helmsman: 8 points, S+L+S speed, 3 open cargo spaces. In my book, I’d definitely pay the extra point for the extra mast of durability, hence why the Bloody Jewel is ranked second. 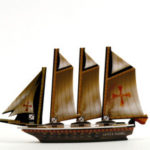 This ship is stacked. She’s not a dirt-cheap option, but she shouldn’t be. If anything, she’s still a bargain. That +2 gold ability is still a bit underrated. 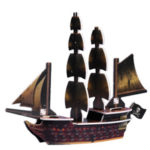 I generally favor large treasure runners when I can afford them because they give you much more durability for a very reasonable price. 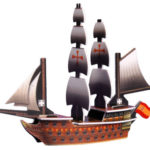 This ship also has a huge cargo hold and fantastic durability. For 15 points (with a helmsman and explorer) you’ll still have 6 cargo spaces available with S+S+S speed! 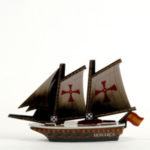 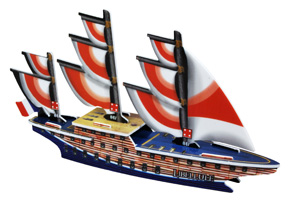 A very unique ship, the Libellule only has the durability of a 2 master, but she easily makes up for it with her extremely low cost, massive cargo hold, and fast base move. With a helmsman and explorer she’d be moving S+L+S with 4 open cargo spaces for 12 points, arguably better than some of the ships ranked above her. 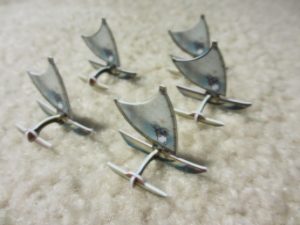 This may be a controversial pick, but I cannot exclude their value from this list. These are easily the best native canoes because of their speed and cargo hold, and that ability can really speed up a gold system, especially with good support whether it’s Chain of Fools or simply more canoes. 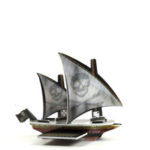 The last spot goes to another classic Pirate gold runner. This ship edges out some others that don’t give quite as much value. The Star of Siam with an explorer gives you S+S+S speed with 3 open cargo spaces for 9 points.

Very close to being in the Top 10, in no particular order:
Dragon
Bonnie Liz
Raven
Neptune’s Hoard
Hai Peng (this ship just about vaults into the top 5 when crewed with Captain Jack Sparrow and enough support in the rest of the fleet)
L’Intrepide
Tiger’s Eye
Frontier