I have to give a shoutout to godmason for his point system, as this post inspired the one you’re reading now. I thought to myself: I’ve ranked the top gunships and gold runners for each faction; why not rank them against each other and compile a true top 10 for the whole game?

As many of you know, I’ve played a lot of games and I like to change up which ships I’m using. However, I know that a lot of others always like to use the best of the best, so this thread for you!

In addition, I’m open to changing my list here. As with the other threads, I’d love for each person to critique my list and then give their own top 10 in their post and critique the lists of others. I wish I had changed some of my other Rankings after hearing the discussion, but the threads are locked right now. Either way, my list will probably change. It’s rather subjective, and depends on what you value and your own personal experience. Also, one could argue that coming up with an overall top 10 (rather than limiting yourself to one faction) is harder than any of the previous Rankings we’ve done. I found this to be quite difficult. As a result, these lists may vary widely, which should make for some very interesting discussion (aka please post!).

I’ll say right off the bat: I like accurate guns more than anything. I’ve had generally poor dice luck with shoot actions, though my dice luck with other aspects (boarding, extra actions, etc) tends to make up for it somewhat. This is also rather ironic because I’m so into Royal Navy history and naval warfare in general, but I digress. Beyond that, I value practical results. I’ve played over 260 games of Pirates, and by this point I’ve gotten some hefty experience with a lot of these ships, which is a HUGE reason they’re ranked the way they are. Also, it’s worth noting that I play a lot of games over the standard 40 point limit, and I’m ranking the ships based on overall value, not just what value a ship can provide in a 40 point game. If that was the case, the list would look a bit different. (And yes woelf, that might mean that El Algeciras could make that list.)

I also didn’t want to include any flotillas, since I think they should be kept separate at least for the overall Top 10.

Now that MT is gone, you can find all the game pieces in the Master Spreadsheet.  To see if some of the original miniature pages are still available, plug the URL’s into the Internet Archive.

With that criteria out of the way, let’s get to the list! 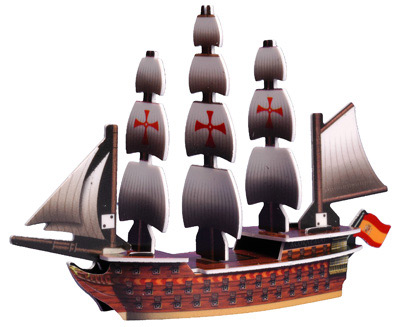 This should come as no surprise to those of you who have followed my fleets and reports over the years. Again, I value practical results, not just theory. I have plenty of proof that the Acorazado is likely the best overall gunship in the game, and here it is.

My extremely successful (27-9 record in 36 games played) HMS Grand Temple fleet faced a classic Acorazado deathmatch fleet on 6 occasions. The Acorazado fleet won every single time (see fleet comments), even when the GT had HMS London backing her up. Two of the best gunships in the game failed to defeat the legendary “Battleship”. In addition, though the GT had no canceller, she did have EA capabilities and four 1L (with world-hater) guns, so it’s not like she couldn’t touch the Acorazado. In short, defensive abilities are better than offensive abilities, but this rare one takes it to an extreme, especially with Joaquin Vega.

The Acorazado has taken on numerous opponents in 1v1 deathmatch action, to see which gunship is better. After four 3-game series, the Acorazado was 11-1.

In a series on intense duels, the Acorazado then went 9-10 against HMS Endeavour. However, three of these games saw the Acorazado try to utilize a shipwright, which backfired and caused her to lose those games. Without that anomaly, the Acorazado went 9-7 that day against arguably the most brutally effective gunship in the game. (Her record over all of these games would be 26-11 against very stiff competition.)

The Acorazado might seem too slow, but when you actually USE her a lot in 1v1 scenarios, you realize that the defense more than compensates.

To conclude, El Acorazado is truly “THE Battleship”.  😀

(The Constitution would probably be second on this list, but the ships are different enough that I didn’t want to combine them, which is why you won’t see her here. The Constitution is slightly faster but suffers in other departments.) 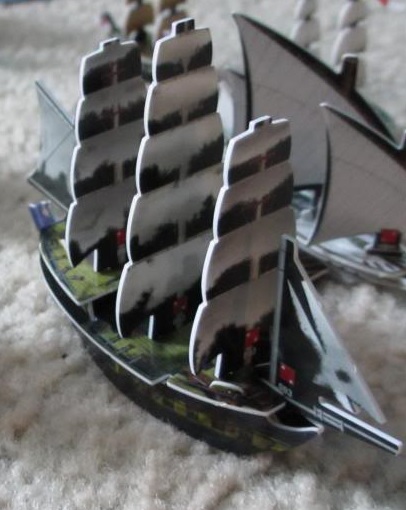 This ship ranks second in large part because she went 10-9 (more like 7-9) against the Acorazado a few years ago. This ship is the most potent offensive force in the game. With a world-hater and extra action crew aboard (along with the standard captain and helmsman), she can realistically eliminate 20 masts in one turn!

Since this list is reserved for the absolute best of the best, every ship’s weaknesses need to be looked at. I absolutely love L-range cannons, but not having any at S-range is something to consider. Ships like the Jarvis could potentially pick the Endeavour apart. Because of this, a canceller crew becomes even more important to the Endeavour, especially in a 1v1 situation.

The Endeavour is a force to be reckoned with, especially with the right crew. 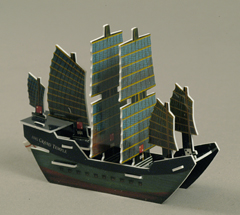 I feel like I’m giving in to the hype on this one, lol. I ranked HMS Titan above the HMS GT in my first Ranking thread, but at this point I’m on the fence. The Endeavour gets #2 since here I’m really not ranking based on 40 point games, but just as a whole.

With the obvious HMS GT fleet linked above, I’ve also come up with some variations which show you how flexible and awesome this ship is.

With all that content on the GT between the BR’s and fleet descriptions, there’s not much else to say. There are a few weaknesses, but the point cost and overall firepower more than make up for them. 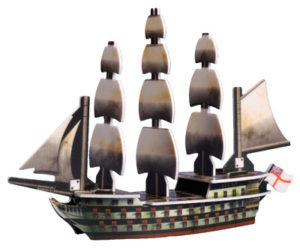 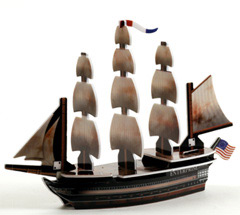 I didn’t really want to rank these ships together, but that allows for another ship to make the list. Both have been strong forces since the early years of Pirates, and they’ve held up over time. The Titan has an edge in gun range at a slight discount, but the Enterprise is faster. The English are my favorite faction and I love L-range guns, so I prefer the Titan, but the Enterprise is absolutely fantastic and happens to be my second 5 master ever after only La Magnifique. 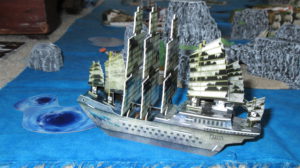 This is the first and only ship on this list that I don’t own. As a result, I cannot speak to how effective the Zeus is. This ranking pretty much assumes the use of a world-hater crew for just 4 extra points, which makes all 10 cannons 2S. Cadet-Captain Mike makes a good point by saying that world-hater crew are better on bigger ships since more cannons get the bonus. The Zeus is tailor-made for a crew like Bruce Grey, Calico Cat, or Crimson Angel. With that out of the way, the Zeus is a 10 master, and 10 masters have routinely disappointed me so far. However, the Zeus is very cost-effective, and with the right crew (ideally world-hater, captain, helmsman, extra action crew of some kind, and probably an oarsman) this ship can be a huge threat in just about any game.

Other than her large cost (which is low compared to other 10 masters), her main downside is that all of her cannons are S-range. This is a huge downside because not only do junks have a lot of bulk to shoot through (especially when a ship is towards her bow or stern), it also makes her vulnerable to ships like Le Bonaparte. It will be very difficult to get more than half of her guns to bear on any one ship, unless you have enough movement to pull perfectly alongside.

At this point, things got a LOT harder. I found it very difficult to separate ships. This will almost definitely change. 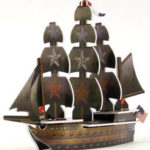 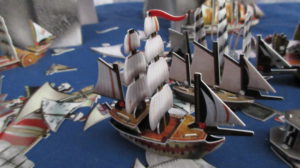 When you actually think about it, these ships are actually extremely similar. They cost the same and have the same speed. The Gallows trades a mast for an extra cargo space. Their effective cannon ranks are similarly amazing (1L,1L,1L,1L vs. 1L,1L,2L,2L,2L). The Gallows isn’t as famous, but that cargo space could come in handy and the English have a better selection of named crew than the Americans. 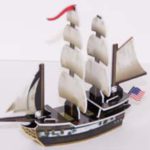 After volt’s comment, this ship jumps into the Top 10 after I realized how similar it is to HMS Gallows. 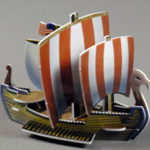 Without question the best longship in the game. This ship combines fast speed with decent cannons for a very reasonable price tag. The built-in canceller just puts this ship way over the top. The low cargo is annoying, but it’s enough for something like Jonathan Haraden/Commander Steven Decatur/Ralph David/oarsman, which is honestly pretty brutal. 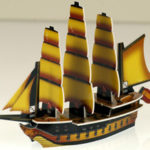 Ugh… I’ve held off long enough. I would never want to use this ship as a true gunship without a crew like Almirante Devante Del Nero aboard, but the speed is more than impressive. This ship is one of the best hybrids in the game, especially given her linked crew. The combos and crew setups are endless. 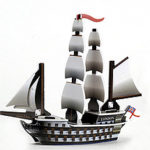 The London provides some of the absolute best firepower in the game for a very cheap price. The Halcyon is an almost identical ship from RtSS.

These last two spots are very up for grabs right now, and could easily change multiple times for me. 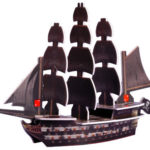 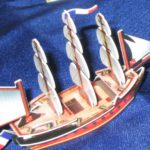 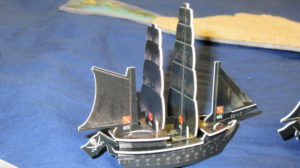 Obviously I haven’t really decided on this last spot yet. I like all three ships, but I’m biased towards 5 masters. However, the Black Pearl combines great speed with formidable long range firepower, though one could argue the Superbe does similar things at a lower cost with more durability. I waffle back and forth between the Harbinger and Revenant, but the Harbinger has some S-range guns (which is good) and that great ability, not to mention her factional strengths.

Very honorable mentions that could jump into my Top 10, in no particular order:
San Cristobal (reminds me of the Titan/Enterprise)
Revenant
Le Soleil Royal

(And a little shoutout to the Viking 3 masted Longships and the Mercenary 10 masters.)