Tom Brady is Thanos, and Admiral

Last night (February 3rd, 2019), myself and many others witnessed a thoroughly unsurprising event.  Tom Brady won his 6th Super Bowl ring, further extending his legacy as the greatest player in the history of football.  As he always does, Tom proved the doubters wrong.  After his previous success, especially the historic comeback against the Falcons in Super Bowl LI, NO ONE should have been betting against Tom Brady.  He is the god of football, and now there is simply no debating that.

With his 6th championship ring, Tom Brady now has as many Super Bowl rings as Thanos has/had Infinity Stones.  At any time now he could do a snap and erase half of all people, or perhaps just half of the NFL.  XD  Tom is now 6-3 in his nine Super Bowl appearances, breaking a tie with Charles Haley for the most championships by a single football player and moving into a tie with the Steelers for the most championships of any TEAM. 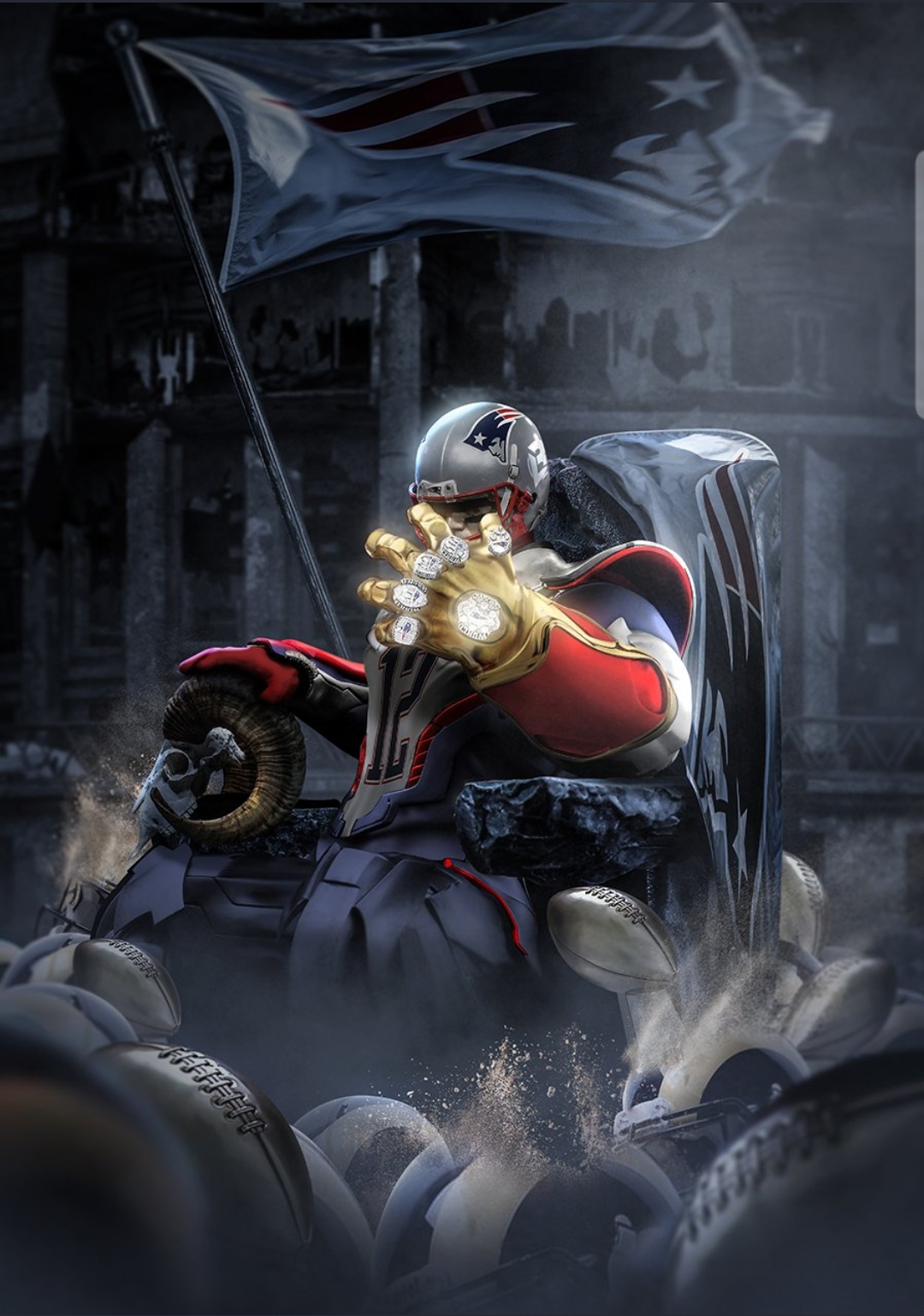 TB12 sitting on his throne with an Infinity Gauntlet of Super Bowl rings. (not my picture – full credit to BeatATrexx on Imgur)

After winning VASSAL Campaign Games 1, 2, and 3, I became “the Tom Brady of campaign games”.  This is because Tom was 3-0 in his first three Super Bowls, and now I am 3-0 in my first three non-solo Pirates CSG campaign games.  You can see how I did it in my Epic Videos playlist.  CG4 has begun, although it is likely to last FAR longer than any of the previous VASSAL campaign games.

There are a number of additional parallels between Tom’s Super Bowl legacy and my own campaign game legacy.  CG1/2/3 were all played in a 2 year period from February 2016 (start of CG1) to March 2018 (end of CG3), which covers the three calendar years from 2016-2018.  It took Tom only 4 years to accumulate 3 wins, similar to how it took me only about 2 years (and one month) to accumulate 3 wins.

In terms of opponents, Tom was a massive underdog to the Rams in his first Super Bowl (SB).  Xerecs and I faced off in CG1, the first-ever VASSAL campaign game.  It could be argued that neither player was really a favorite or underdog.  I did not control the best faction in the game, the Pirates, nor the French, another very competitive faction.  I ended up winning as the Spanish, dominating the game in general.  The Patriots were the favorites in Tom’s second SB, just as I would have to be favored to win CG2 against 2 other players.  The Patriots were also the favorites in Tom’s third SB, just as I would be to start CG3 (as the most successful and experienced player in that game).

A more stark contrast lies in the margins of victory, which are necessarily opposite due to the nature of the radically different games.  Tom’s Super Bowls are pretty much always decided by a tiny margin, often by 3 points.  With the shortest VASSAL campaign game (CG1) requiring a full 3 months of play to finish, and with Last Fleet Afloat rules in effect, it’s inevitable that my CG wins would be lopsided at the finish.  However, there were some close moments, notably when the Pirates nearly attacked the Spanish in CG1, when the Pirates had a points lead over the English in CG2, and when multiple factions had better starts than the Americans in CG3.

What if someday I get to 6 victories in Pirates CSG campaign games?  Will I “retire”?  Nope, I’m going nowhere!  I also don’t like to think about what would happen in a “snap” comparison – by the time I win my 6th, it’s possible that half of the current community will be gone.  🙁   Let’s not let that happen!!  😀

Tom has already stated that he will not be retiring, so a potential 7th ring is already in his sights.  While CG4 and the Caribbean game slowly languish on, I have turned my attention to The Hourly Campaign, a solo campaign game, for want of players.  Thanos will presumably look to defend his Infinity Stones in Avengers: Endgame.

The interesting thing about what lies ahead is that Tom lost consecutive Super Bowls and went a full 10 years before winning his fourth.  Incredibly, something vaguely similar could happen with me, though of course I am confident in my abilities.  It’s certainly possible I may not win CG4, which will likely take multiple years to conclude.  Instead, I will try to break from this “Tom Brady and the Patriots” campaign game tradition and continue my undefeated streak.  😀

Click here to get your Tom Brady Thanos gear!  If you want to beat me in a campaign game, you better buy some packs to get started, cuz I’ve got a 400+ game advantage.  🙂  If you’re like me, the following video will motivate you to WIN.  (not my video; full credit to GoobzTV on youtube)  Finally, it looks like Joseph Vincent is going to make a sequel to his EPIC 5 Rings video.  Edit: It’s here!  Tom Brady – Six Rings (An original Documentary)

Here is my hype video for VASSAL Campaign Game 4.  If I can win it in due time, I would be 4-0 in Pirates CSG campaign games.

Posted in Uncategorized and tagged 2019, Epic.