This “points in play” thing is a concept I started really liking in 2017, and now it’s one of my favorite house rules despite needing more time to playtest it.

This is an intriguing idea, and could really incentivize capturing ships in smaller and shorter games when it’s usually less practical. However, I find the die roll a bit too random. Perhaps the prize is worth 1/3 or 1/4 of its point value in gold. Or, make it a full 50% (the Bragi could round down to 4, for example) and completely change the game. This could be a way to alleviate the emphasis on getting gold, which is one thing that some players dislike.

On a similar tack, I’m interested in the way the game is played in regards to points afloat and making it more of a practical game. In reality, there weren’t gold-laden islands lying around waiting to be explored ad infinitum. The real value was in resources, political power, and of course winning engagements in a decisive manner.

– Whoever has the most points in play AND gold in play at the end of the game is the winner.

Here’s an example. Two people set up for a 40 point game, so both start the game with 40 points. These points can fluctuate throughout, but you’d rather have that number go up (through captures) than down (through sinkings and deaths). Player A captures two 5 point ships from Player B, giving him a 50-30 point advantage at the end. Player B collects 15 gold to Player A’s 7, resulting in a 57-45 victory for Player A.

This can’t be new, but I also haven’t seen it discussed that I remember. There are variations you could try, such as those in the thread linked above. Perhaps ships are only worth their full point cost if they have all their masts. Each lost mast could be -2 to the final tally.

The problems include making combat too important, and making the treasure game almost irrelevant if low value coins are used. In games with this (or similar) rule, perhaps only coins with a value of at least 4 could be used.

Here is a game played with this house rule!

Please leave a comment below saying what you think of this Points in Play and Gold for the win as a house rule! 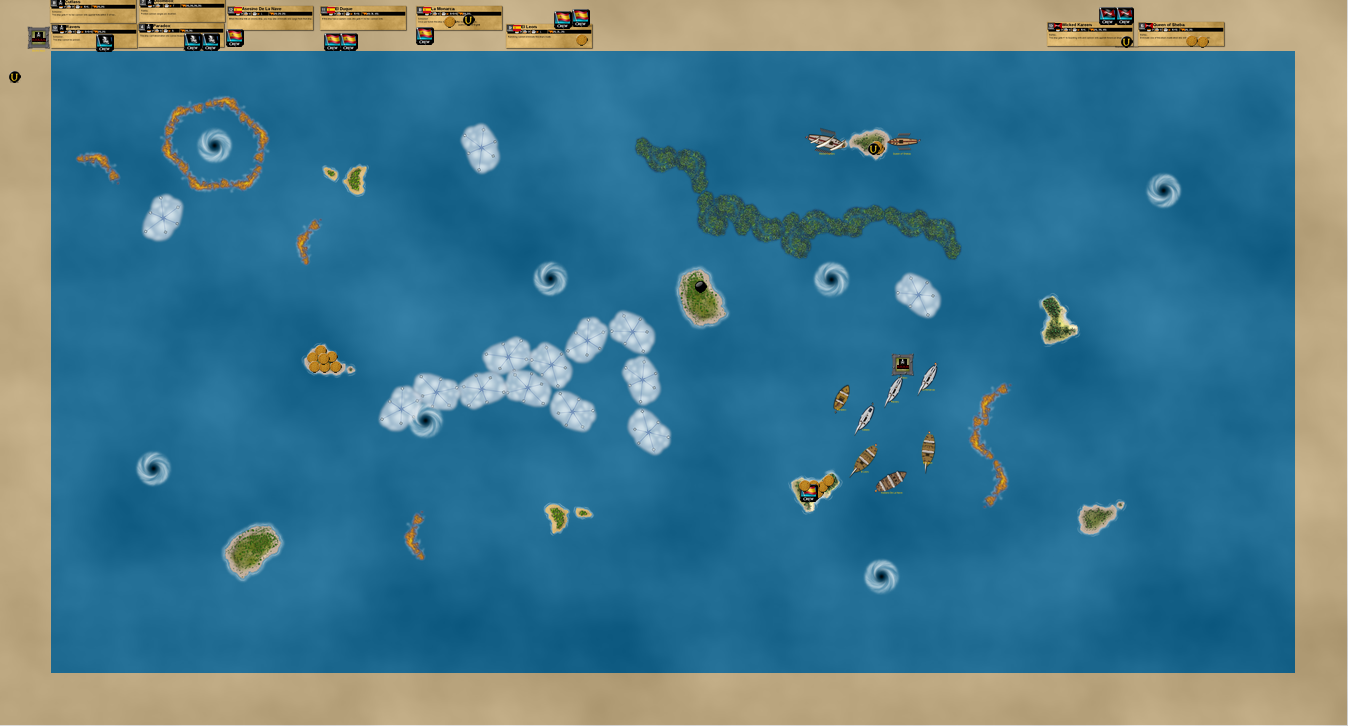 The last picture taken from the first game in which I tried this house rule, played against Repkosai and Wifey on the VASSAL module.

Posted in Uncategorized and tagged Rules.