Here is a game to celebrate the 10th anniversary (November 6th) of the Pirates of the Caribbean set!

Only PotC game pieces were allowed, except for generic crew. 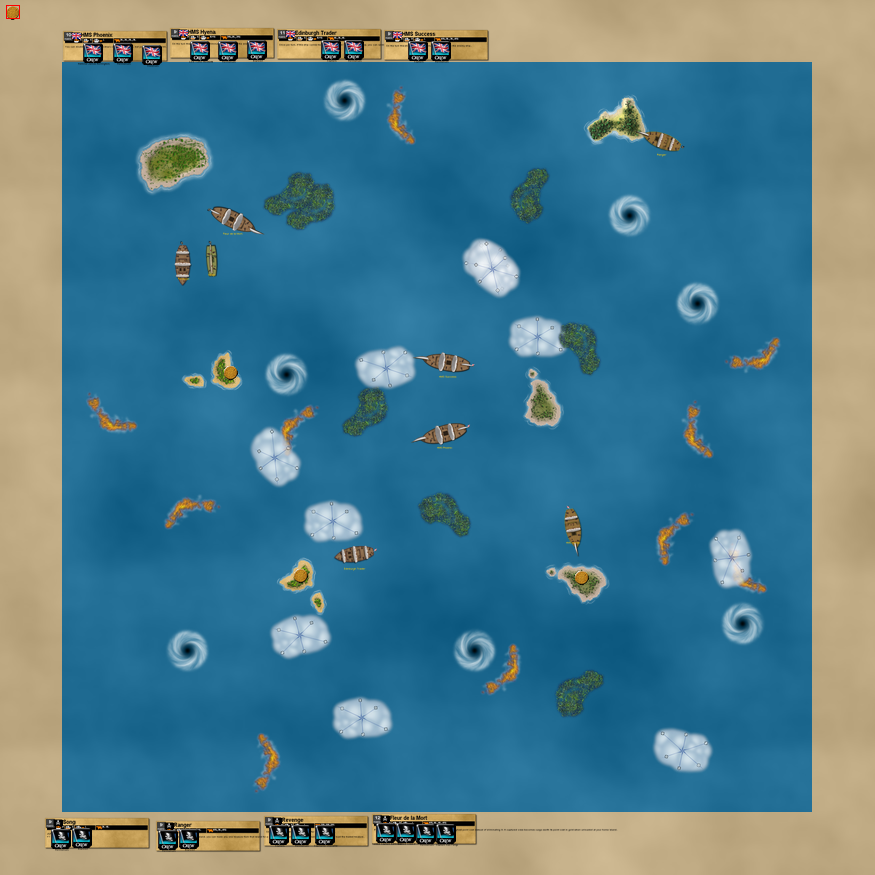 The game featured plenty of UT’s, many of which were found early on. Beckett got his first two AA rolls, giving the Edinburgh Trader and Phoenix a fast start. The Hyena found Marines and Cannibals on the same island! 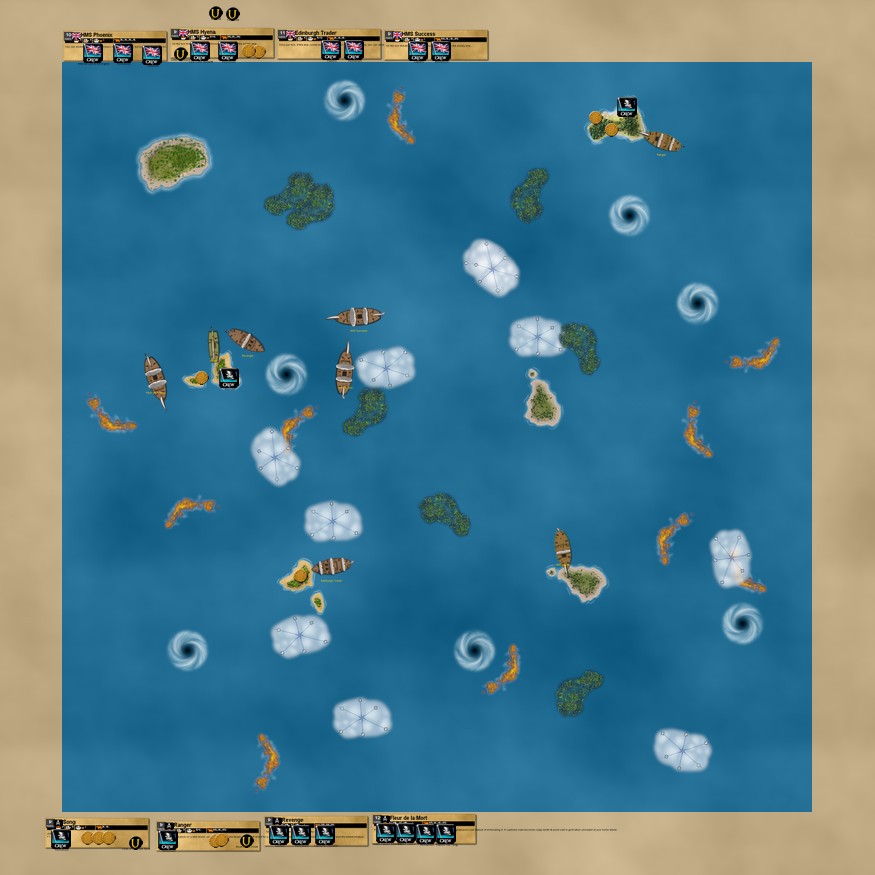 The Phoenix shot two masts off the Revenge from L+L range, but that precipitated a major brawl between the 4 most heavily armed ships. The Success dismasted the Revenge but took major damage in the process. The Fleur couldn’t capture Norrington from the Phoenix, who shot 1/3 to take a mast off the Fleur. 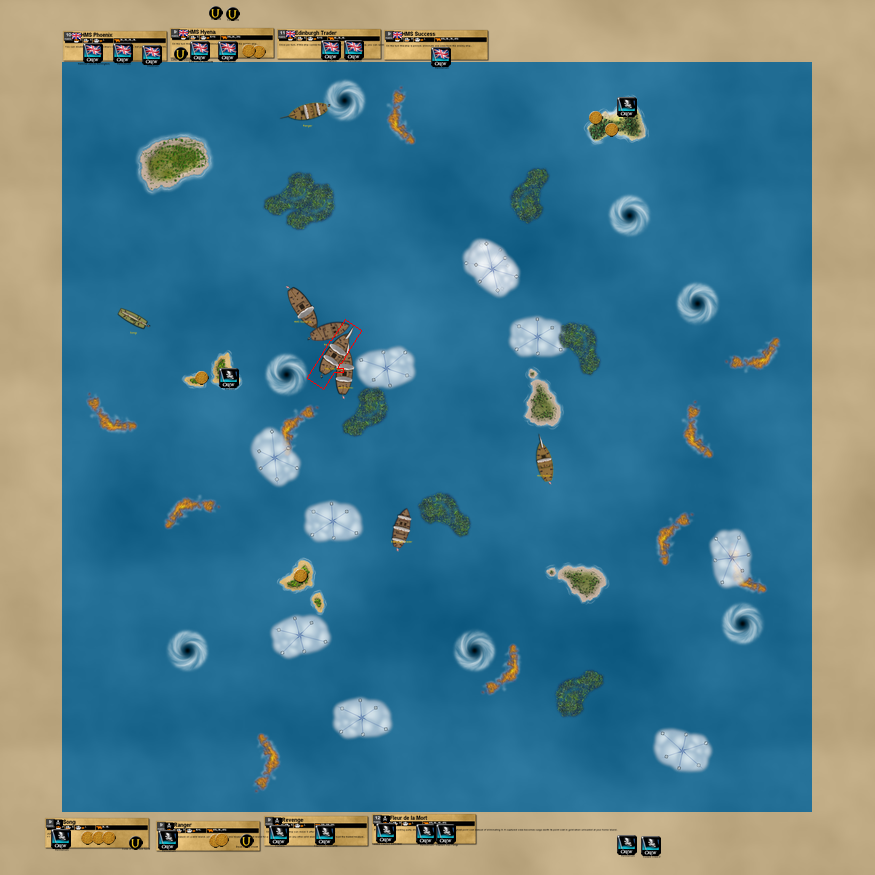 The Pirates used Dead Man’s Chest to get 4 extra gold, and the Edinburgh Trader found TWO Aztec Medallions on the same wild island! Not rolling a 1 for either, she found Elizabeth’s Piece of Eight. However, it was likely too late. 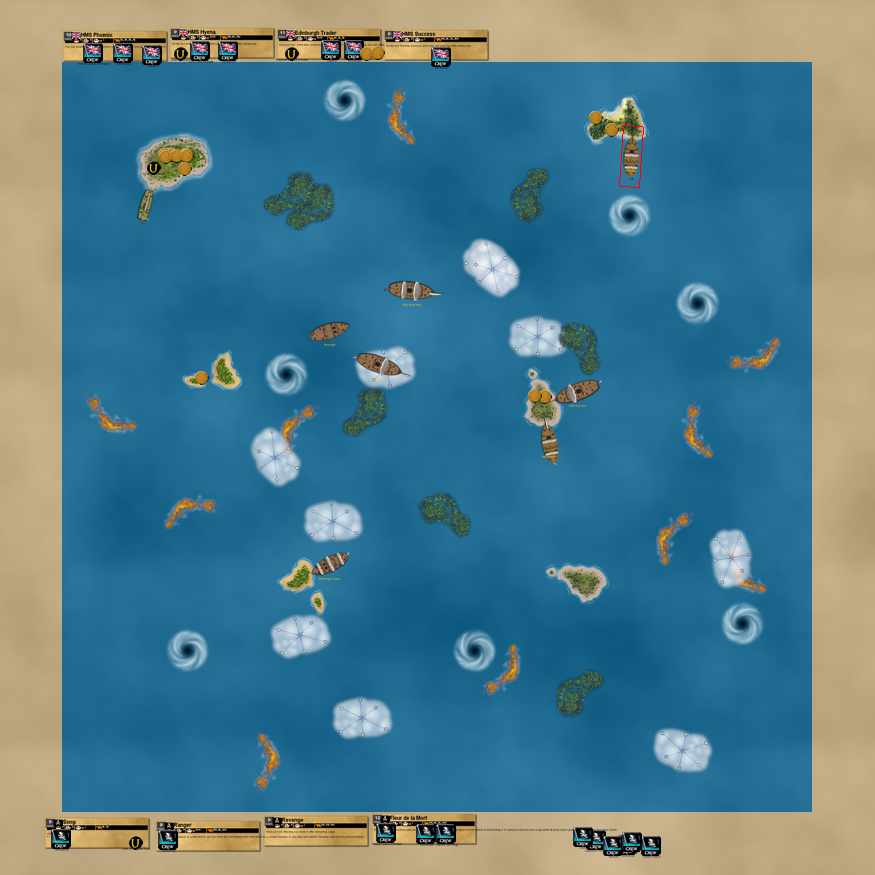 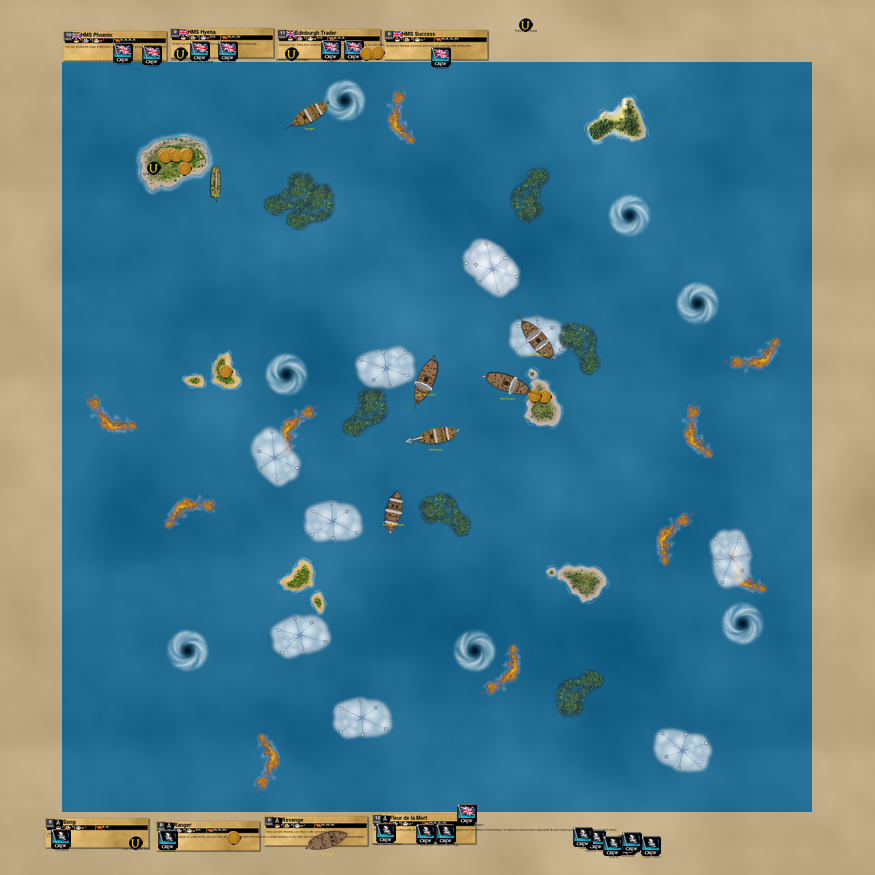 The Trader unloaded her coins, and the game was over! The Pirates won 40-16! 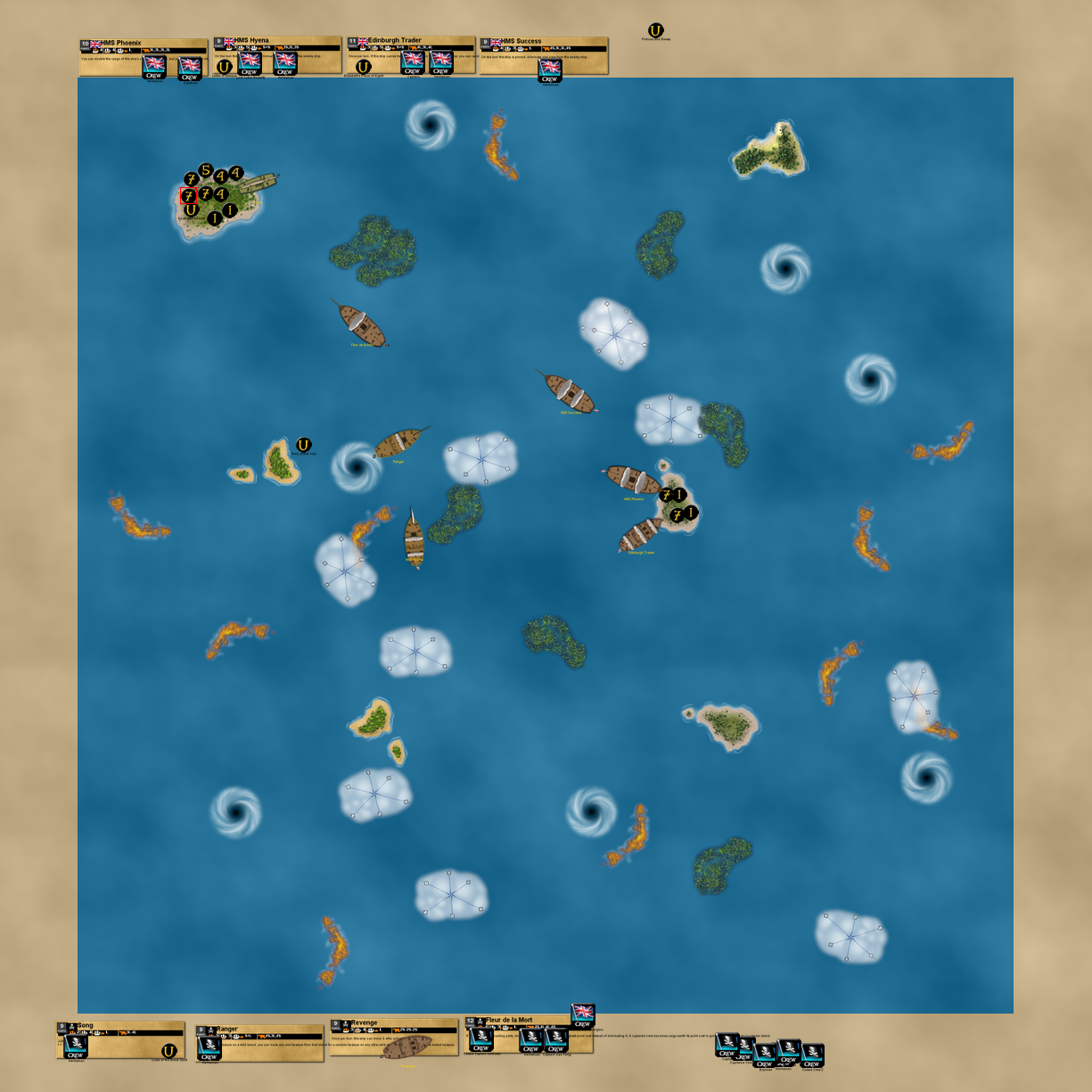