I played a game on Christmas Eve after teaching a new player how to play Pirates! I don’t have the Sleigh or Captain Whitebeard (not that they’re legal of course), but getting them out for a brand-new player would be pretty brutal anyway.

In a strange irony, I actually played inside the same shopping mall where I bought my first packs at a FYE store (since closed) way back in early 2005!!

The game was played at a 40 point build total, and I rolled to go first: (all game pieces found in the Master Spreadsheet)

3 wild islands with 4 coins each: 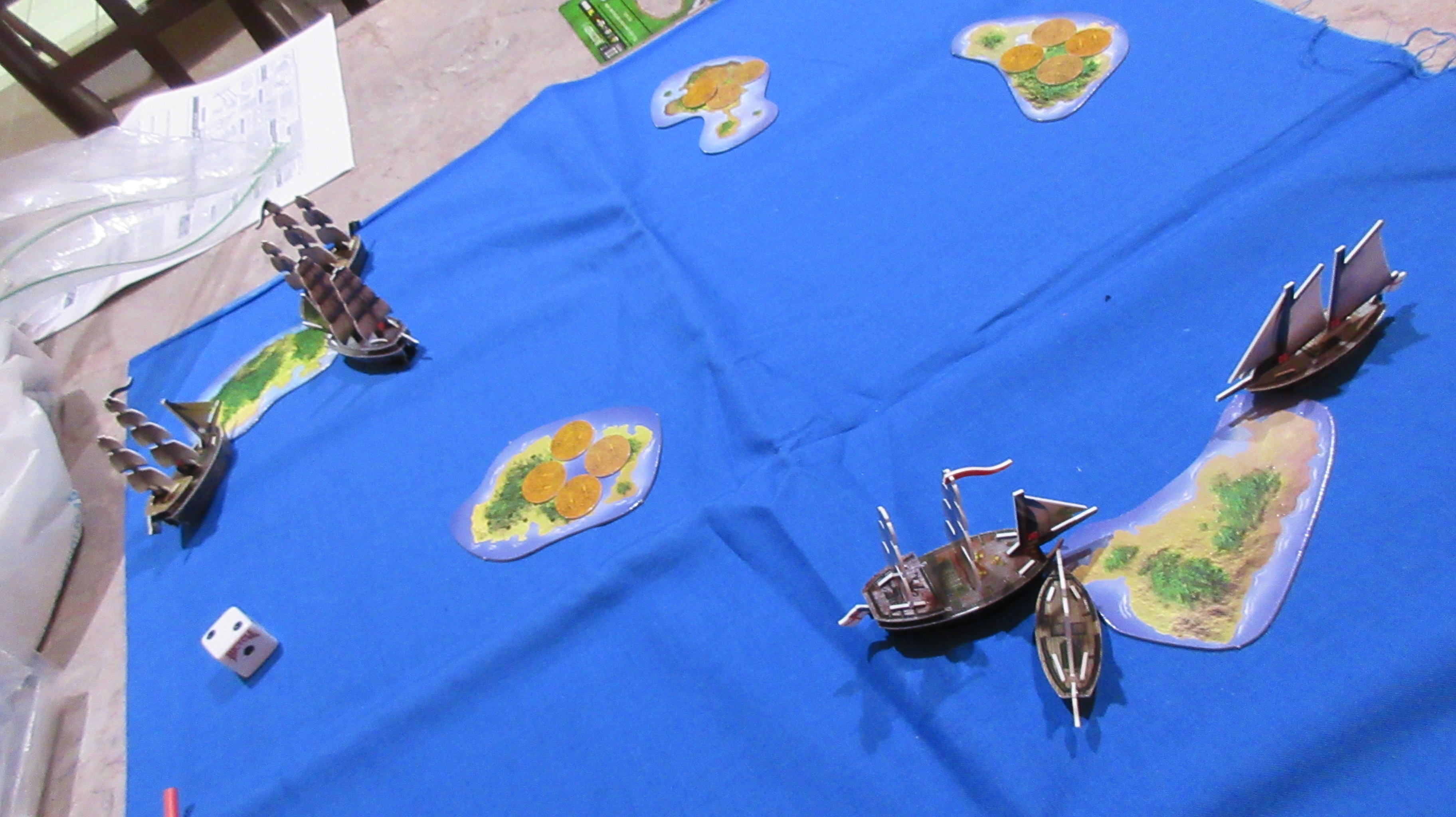 The Durham and Greed’s Hammer (GH) head to the same island. The Europa got lucky with extra actions in this game, but couldn’t do much with them. (she was going to combine an EA with Temple’s ability to yank a derelict home, but wasn’t very useful in the meantime) 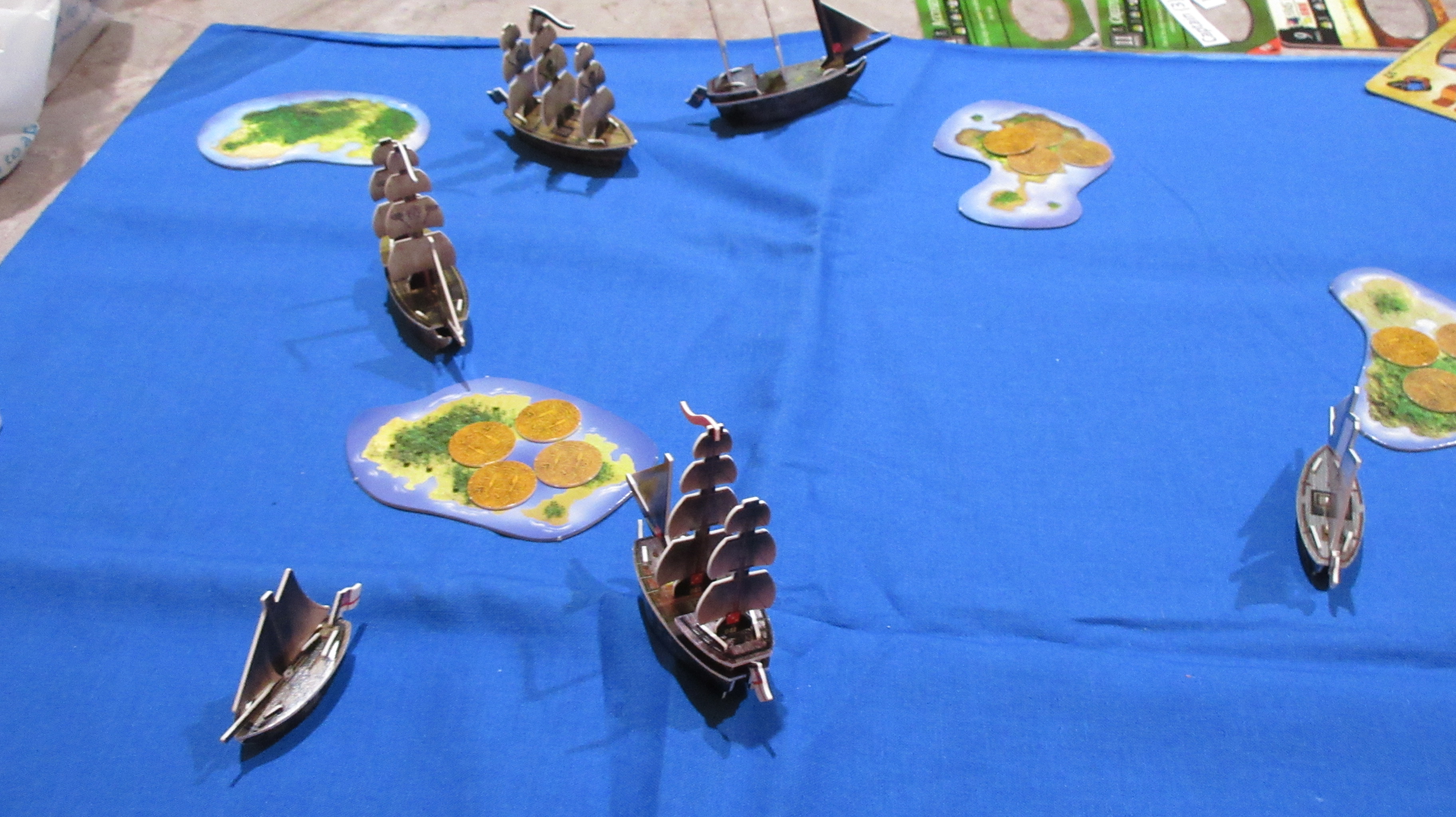 I let the Europa explore the island with an extra action (no room for gold), while the Durham shot a mast off the GH. 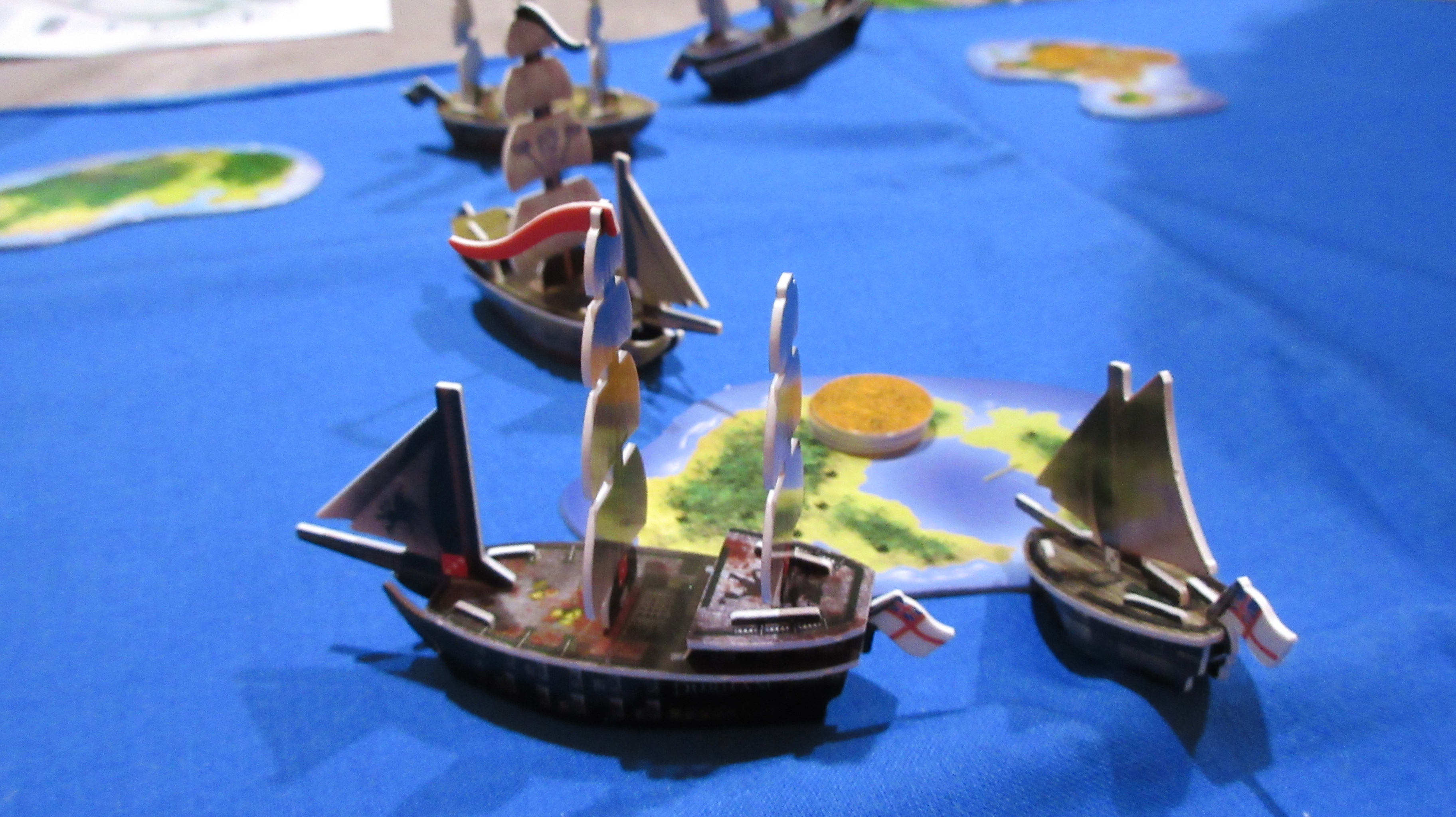 The GH maneuvered to dock at the island while shooting at the Durham, hitting both times to cripple the English flagship. 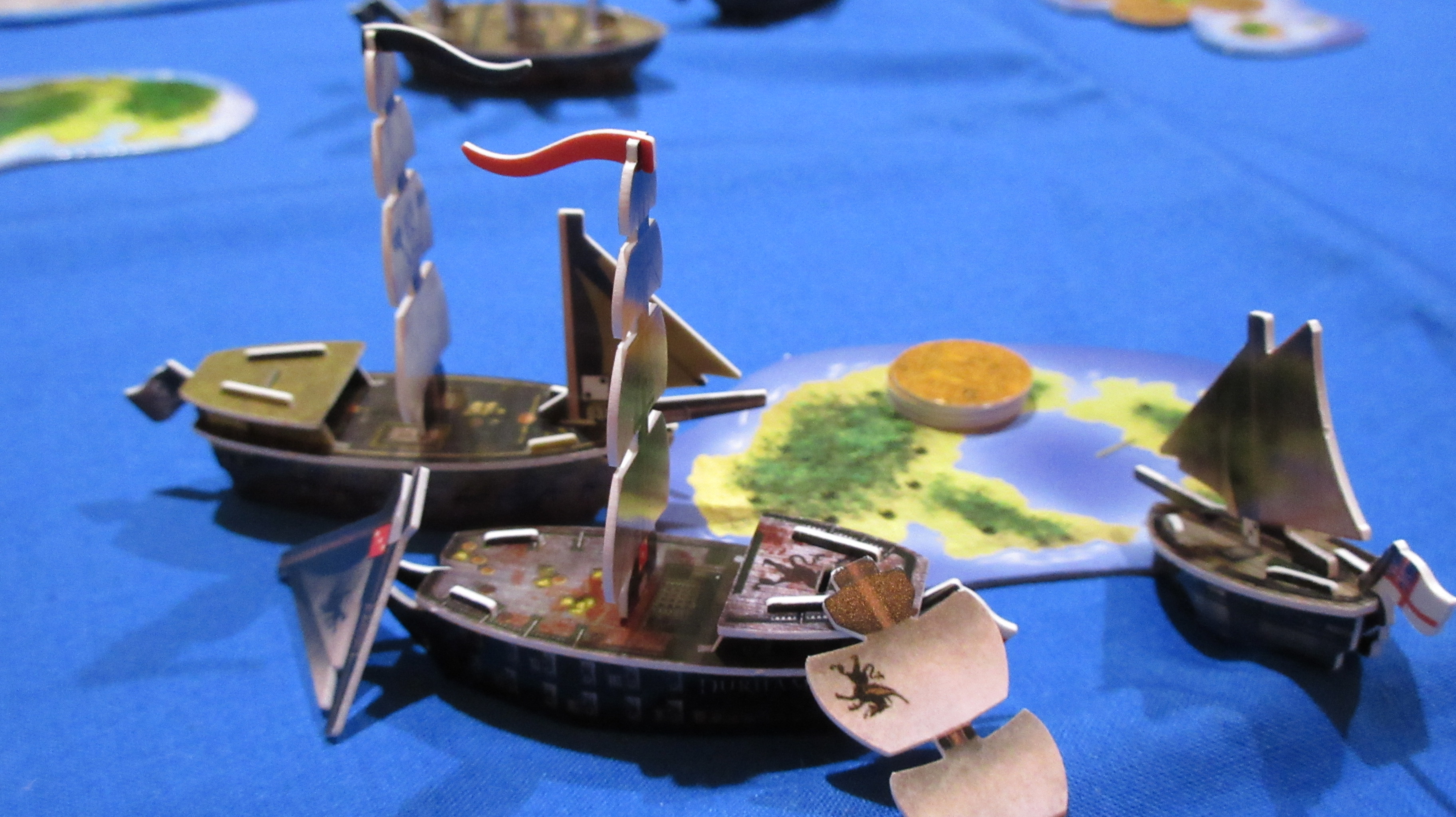 In the meantime, the Victor, Accused, and Frolic were all busy getting some precious loot: 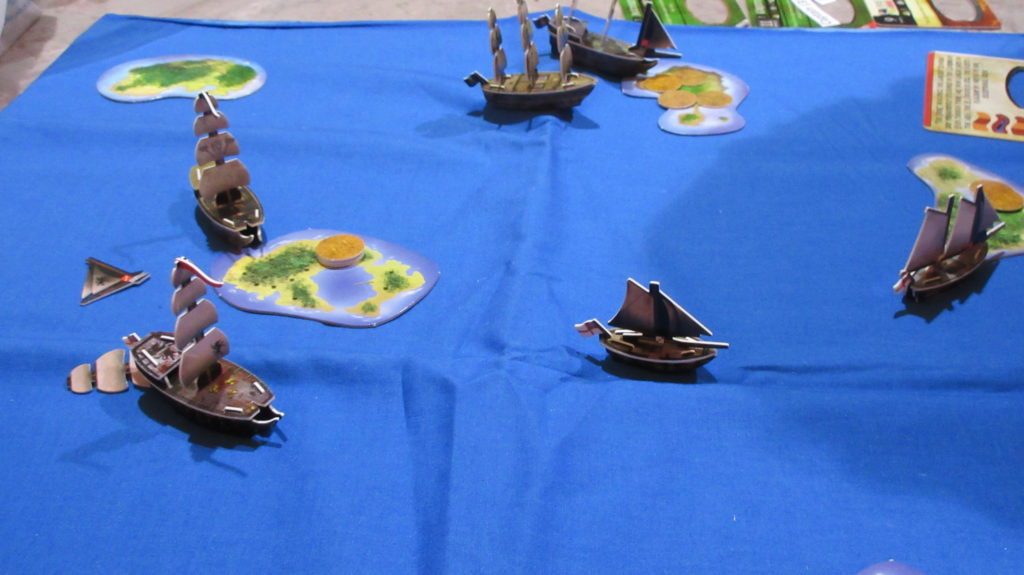 Without a helmsman to boost her speed, the captain of the Durham decides to not go full speed, electing to keep the mainmast cannon in range to knock another mast off the GH (and thus preventing a possible sinking on the Pirate turn). 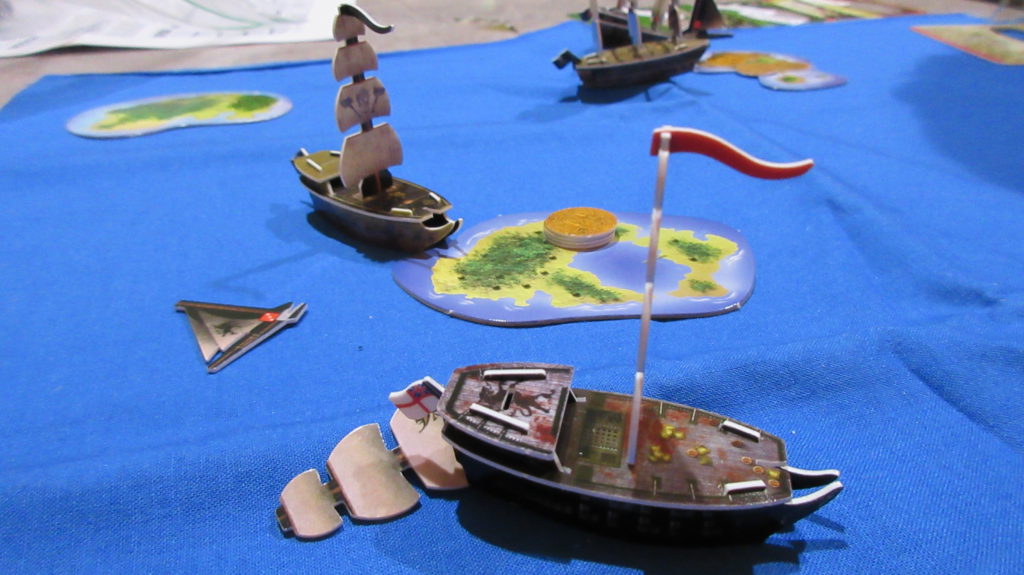 This Durham pales in comparison to the original, but she’s not a bad ship overall. 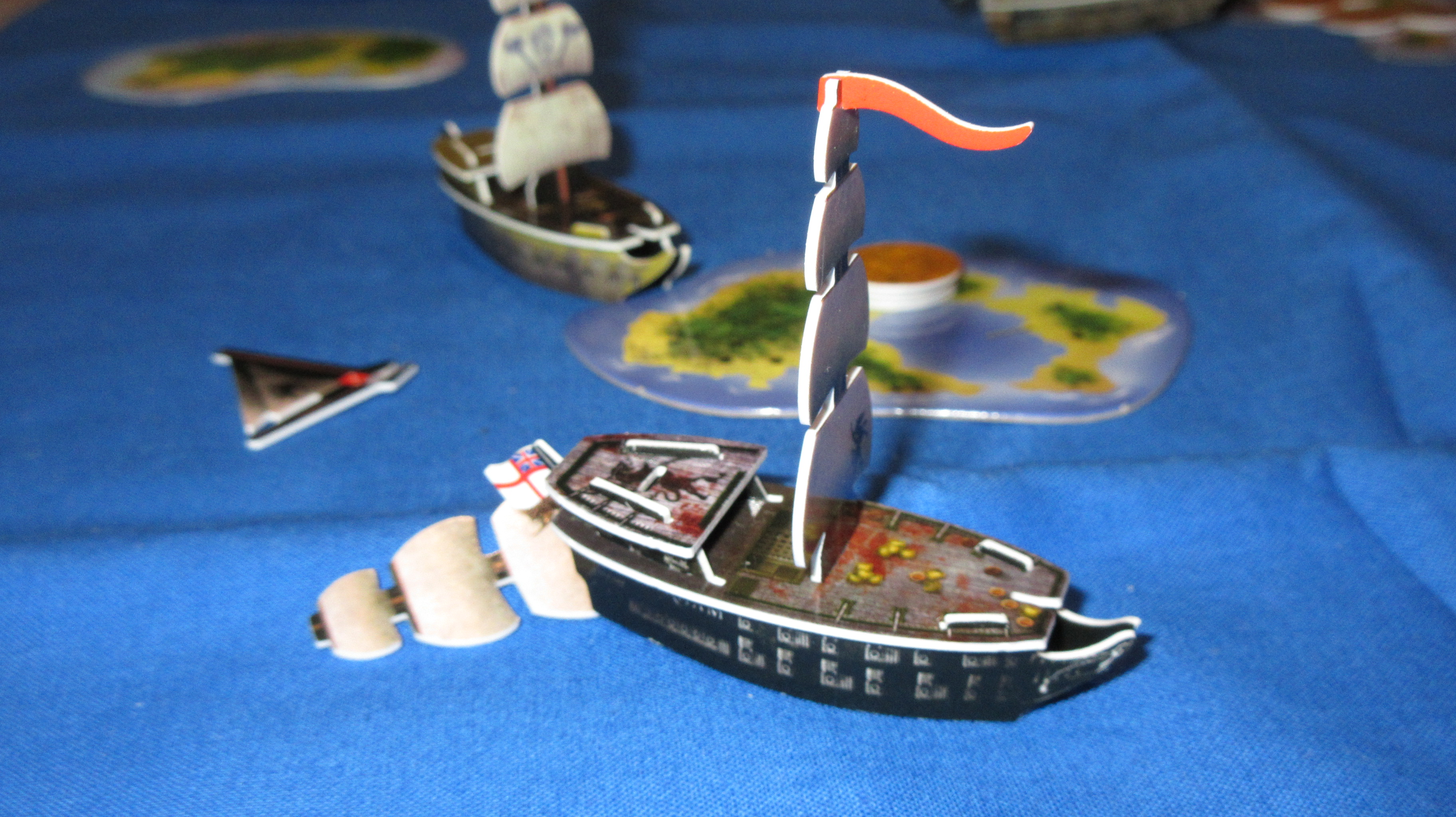 The Durham and Frolic get plenty of gold for the English, while the Pirates gather treasure as well. 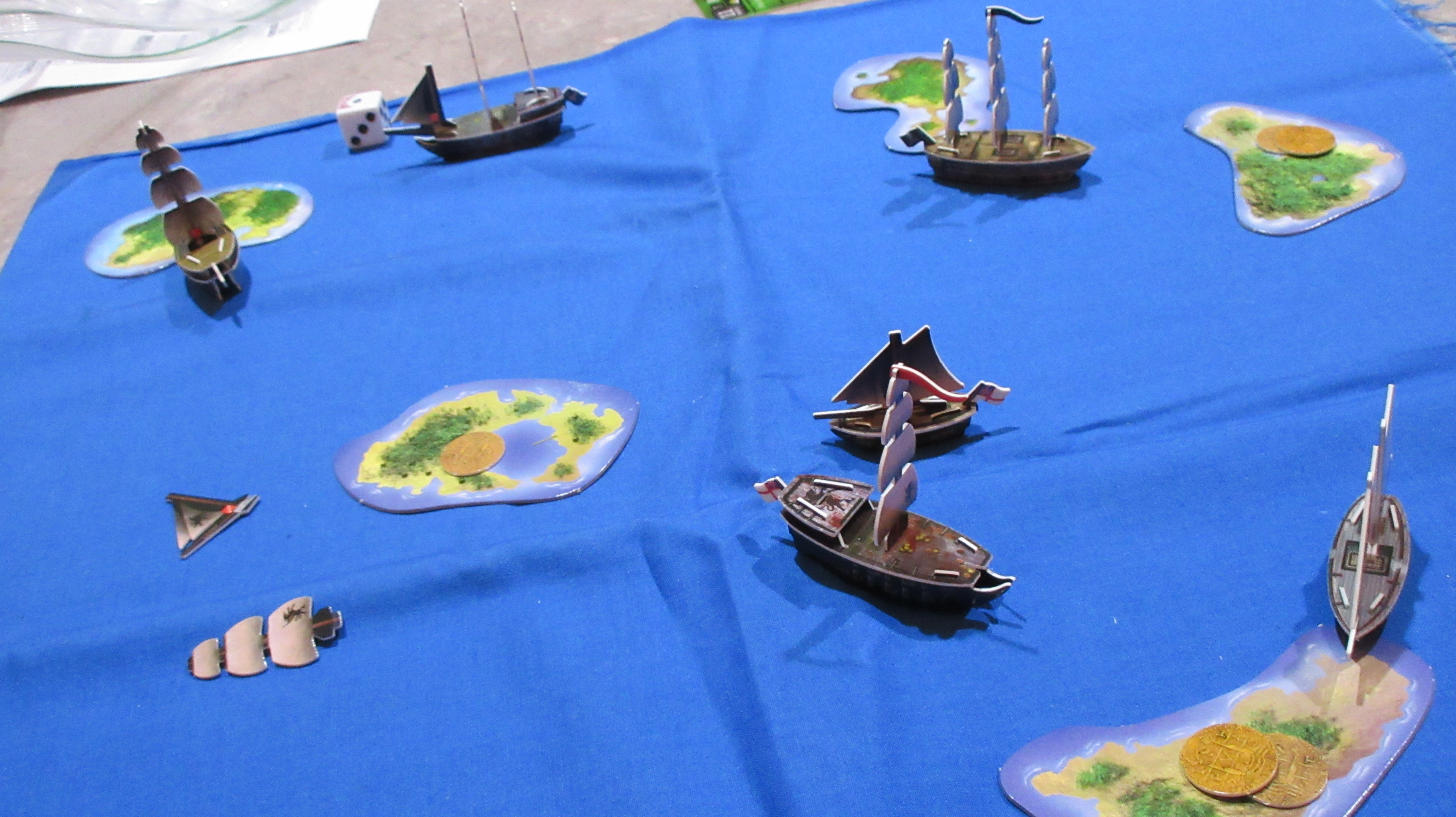 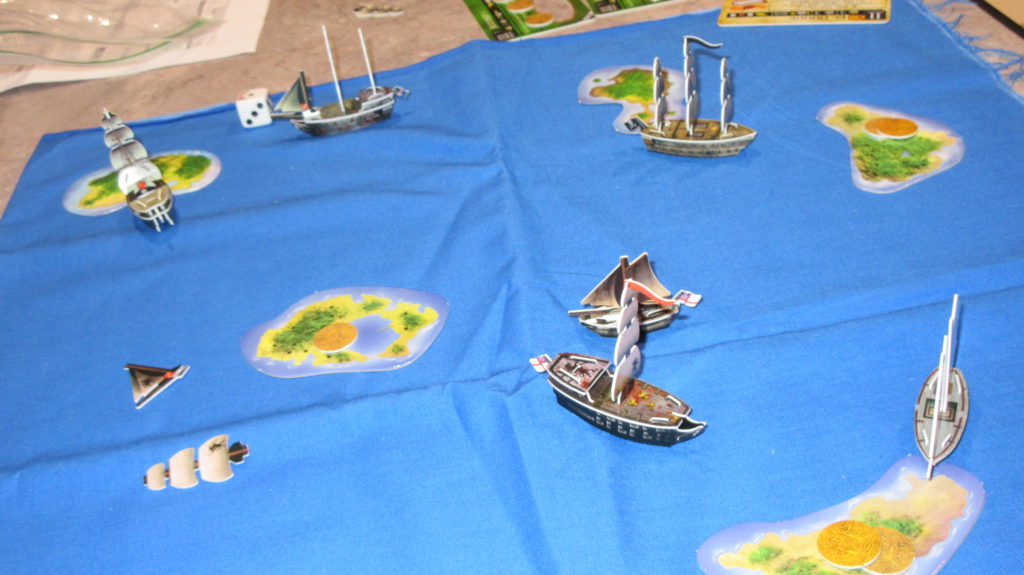 In the end the Europa left Temple on the island to pick up the final coin there, while the Frolic and Accused have the last loads of treasure for their fleets. 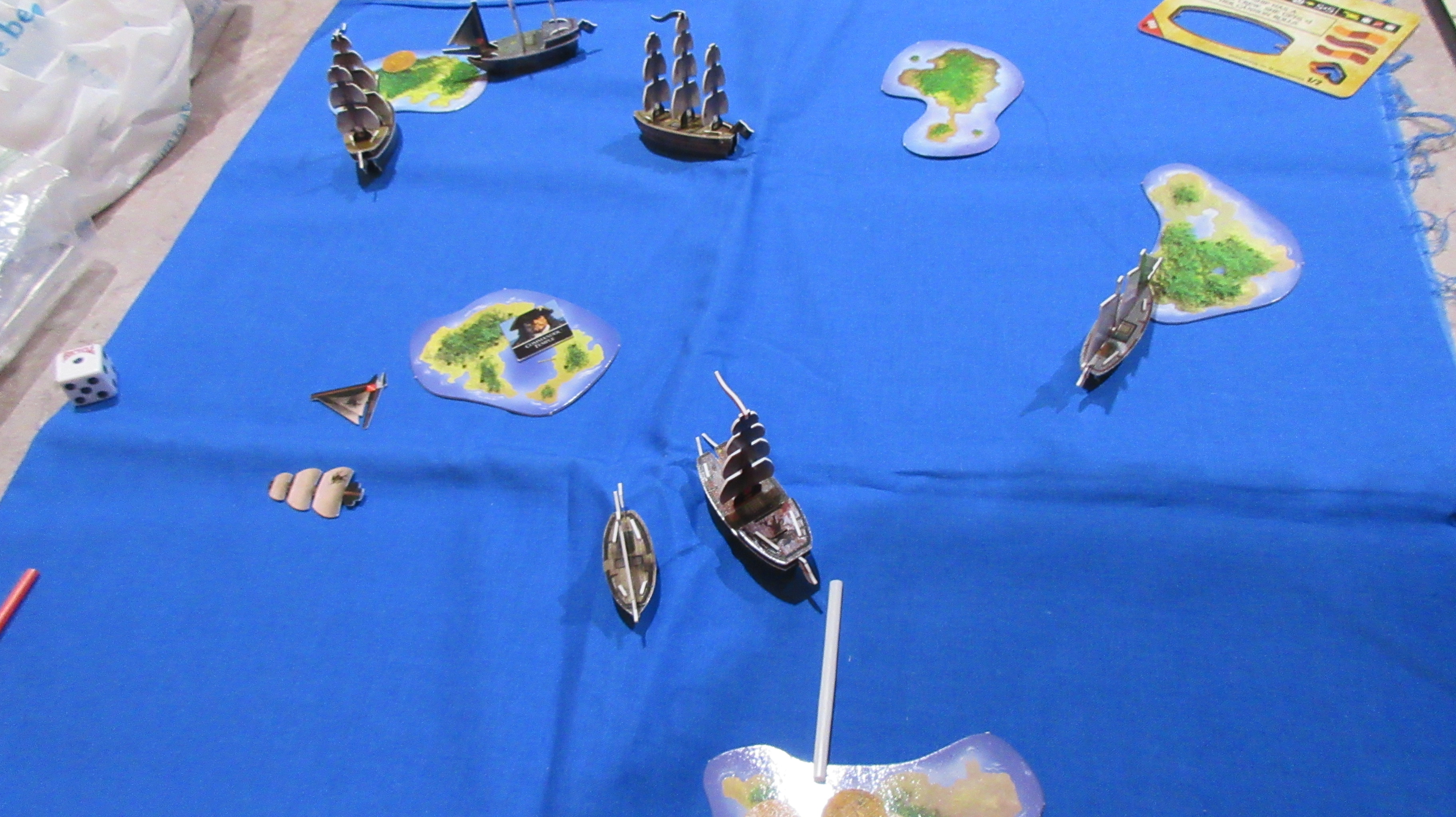 My English ended up winning 19-9, since I got luckier with the treasure distribution. However, the game was mostly about teaching a new player the basics and having fun, which we did. Thanks for reading! 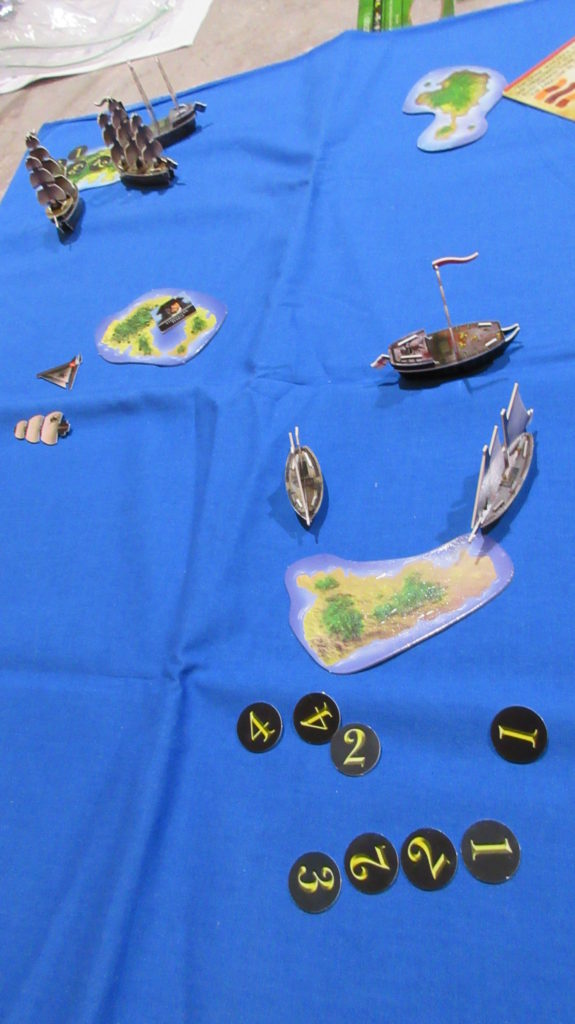