Return to Savage Shores was the final set designed, but it was never released due to Wizkids getting shut down. Here are my Top 10 game pieces from the set!

You can find the original threads here or look at the spreadsheet for the set here.

Basically OP with the following game piece aboard…

Pairs well with a ton of great French ships, both gunships and gold runners.

Has very good speed for a hoist and could even do pretty well as a raider between that ability and somewhat serviceable guns.

Unlike the SS canoes, these sets are harder to differentiate in the rankings. The English ones make it possible to do all sorts of crazy repair options, including sea monsters. The French ones are definitely the best pure gold runners in the bunch, and the easiest to fit into a fleet (and onto a ship for the chieftain). The Pirate ones may have the slowest speed and a somewhat high cost, but the potential for swarm-raiding a home island (especially with hoists and/or major support nearby) is just awesome and has some real potential. Consider that you could get 5 coins at once for less total points than the Wicked Wench or Belladonna .

The fastest 10 master in the game! Capable of 6S speed and 20 shots rather easily when you consider the Mercenary and American crew available. Tons of great combos as with the other 10 masters.

One of my favorite ships, and essentially an upgraded version of my classic favorite the Cazador del Pirata, this is a fantastic hybrid that is criminally underrated when compared to other Spanish ships.

Cursed finally got a proper canceller crew. Amazing addition for them, and works great on their fun array of flagships including two 10 masters. 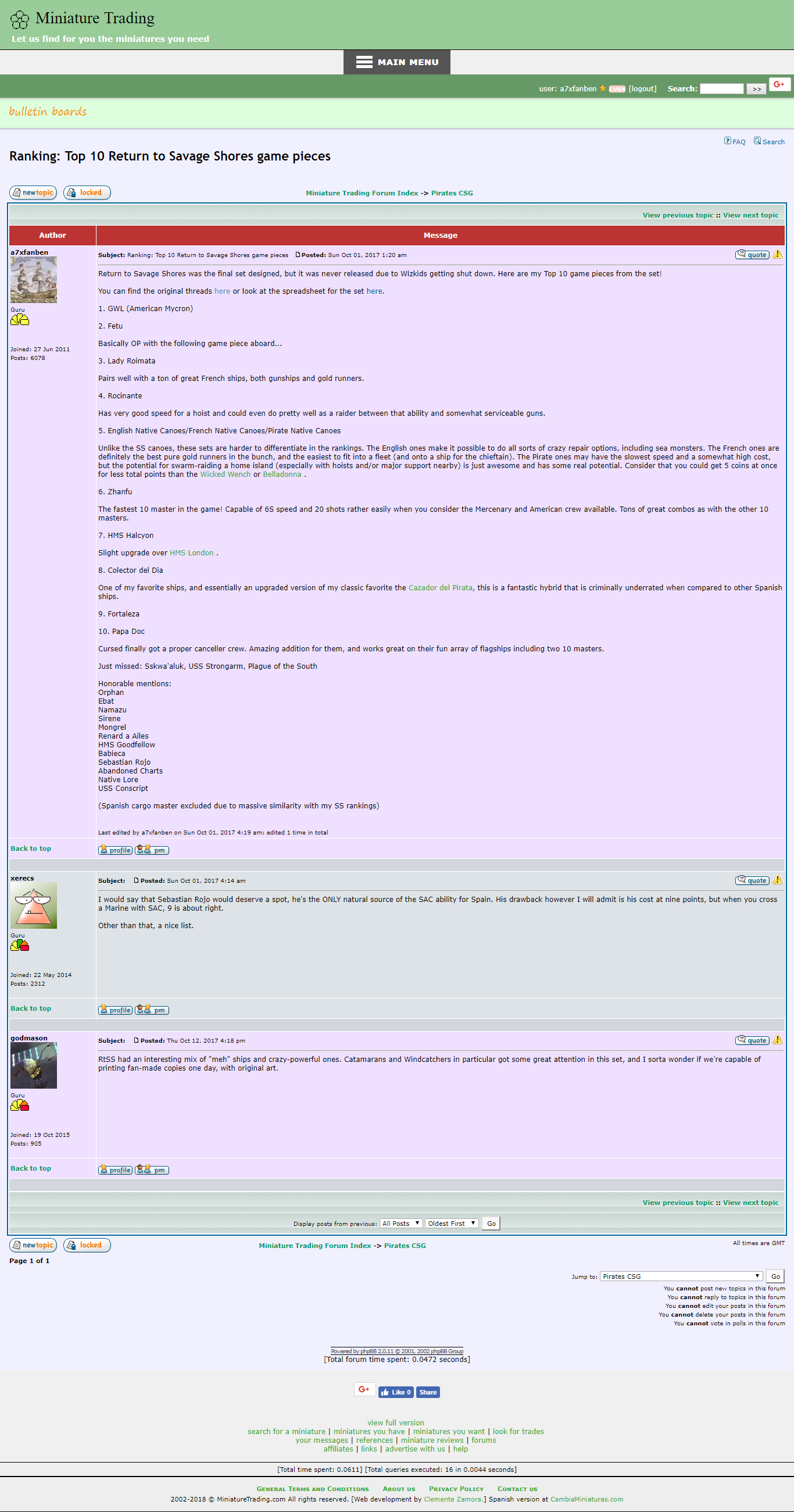