Shadow Stalker would probably get complicated. It almost acts as a range extender if you measure from the outside edge of the fog bank.
I like the inspiration for Madness, but I think it should be about 23 points to start at.
Smokescreen is really cool.
Treachery is really cool, great idea with that one! It does bring up the “predictability” aspect also present in EE resource rolls though – it’s a bit less exciting if everyone knows when the change will happen. Some additional explanation would be required too – what happens in multiplayer? Roll again with numbers for the other players, or maybe player to the left or right? I think two changes are worth considering, or usable on a different custom with the same kind of ability (I might experiment with it): perhaps make it change allegiance when you roll a 1 (roll a d6 at the beginning of each turn, change fleets on a 1), and allow it to change fleets multiple times in a game. (the first change would enable the second, and make it more crazy since people wouldn’t be able to anticipate “nice I get this ship in 3 turns”)
Love the Arsenal. You could even “exploit” it and use different Letters of Marque/Soul Mark to coast through a multi-faction game. XD
The new Phantom isn’t too good, but the cost may be right. A 10 master copying the flying/teleportation ability is an ugly possibility.
Not sure yet about Shadow Thief. I think the drawbacks of the ability are severe enough perhaps, but it’s still a rough thought to think about that ship empty stealing a fully loaded 10 master (~60+ points or more sometimes) for a 40 point swing in the game. She kind of reminds me of the Ship and Port Burners – horribly inefficient in many ways, but breakable with the right luck. Again, one die roll shouldn’t determine the outcome of a game, so it’s just kind of an extreme thing to play with. It’s also a little frustrating when the flavor constantly says “nobody knows how she does it” for every bizarre crazy powerful ability (OK not all of them haha, but sometimes the “mystery” just becomes an excuse for excessive amounts of “magic”).
Death’s Grace is solid, but the flavor makes it seem like she’s more of a fighter. 8 points for 3 cargo would be more playable and less obvious of a gold runner role. Or make her a longship for some extra firepower.
One thing is the names – we’ve seen a Madness and Treachery, and you have your own supercustom Phantom. Not a big deal, but can be a little confusing. I know it’s not your style as much, but sometimes I add “flair” to names by adding extra stuff to them. __’s Treachery (first mutineer’s name or something); “Madness of ___” (place or captain name) can help differentiate and add flavor to the names. (not saying you need to)

Flavor text: Having led horses to heroic deeds on the battlefields of the American frontier, the oarsmen of the Spur know just how to work harder when pulling a heavy load.

Historical Custom of the Day #269 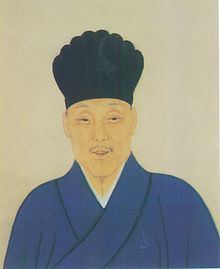