This post is dedicated to preserving Pirates CSG game history and bringing all time records into the spotlight.  This post was made in October 2019, so records set after that date may take some time to appear here.  Most of the battle reports for the games mentioned can be found in the Huge Game Legacy Thread, and I also tried to link to them for the first time each game is mentioned.

Largest games of all time 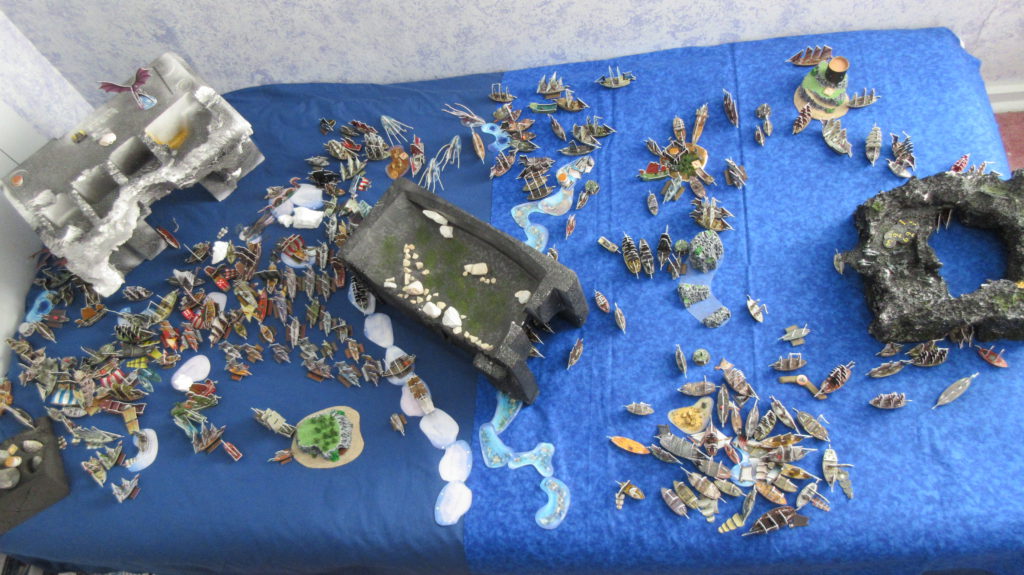 Only one of the three oceans used for the game! 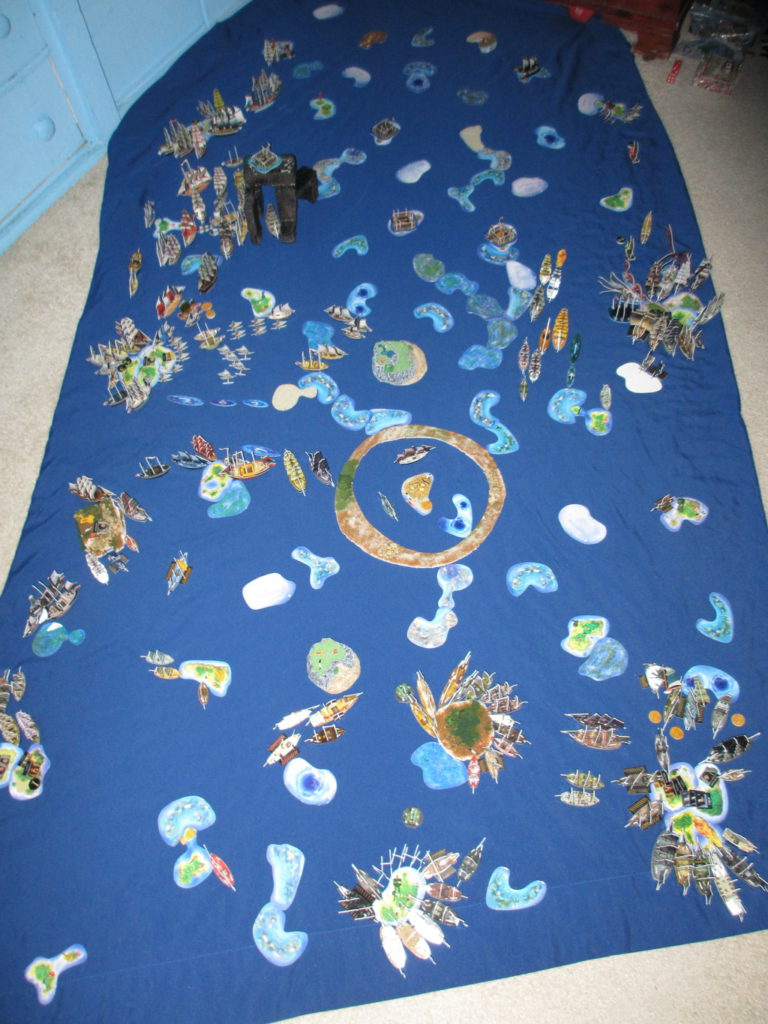 Largest fleets of all time 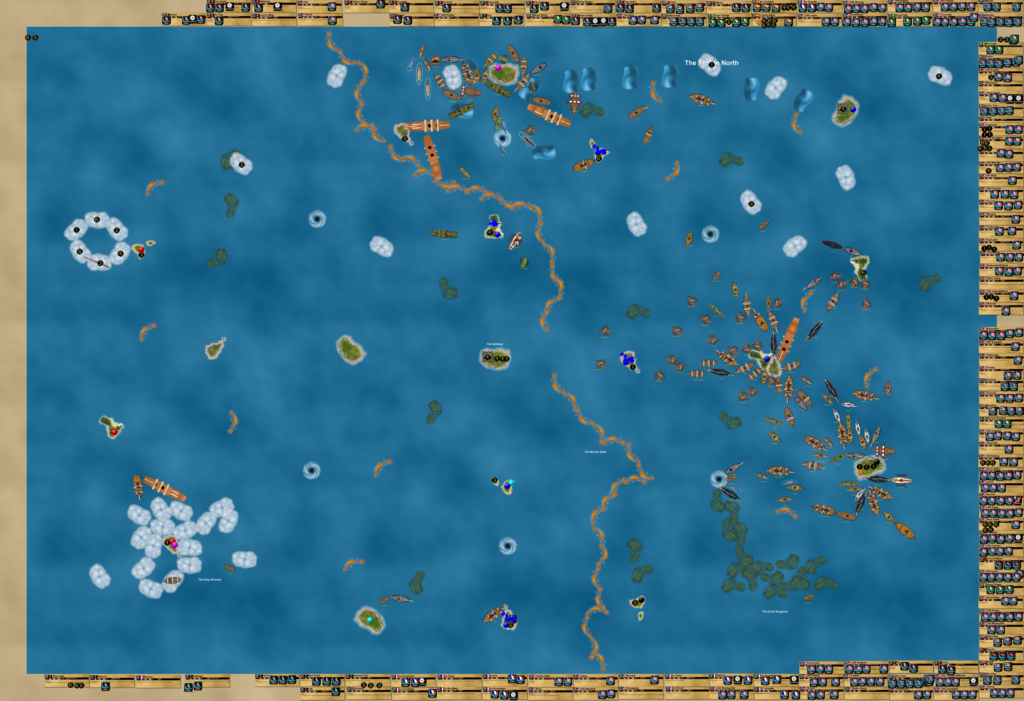 Largest non-campaign games of all time

These are more debatable, but many are likely true records.

Longest campaign game by calendar months: CG2 for a finished game (10 months); CG4, The Caribbean Game, and The Hourly Campaign are all technically “ongoing” but have no end (or in many cases, continuation) in sight.

Most ships ever sunk in one turn by a single ship: ~10, Santisima Trinidad of CoEC 2019)

Most cannons ever seen on a ship: 20, Santisima Trinidad of CoEC 2019 (honorable mention: HMS Dreadnought with 16 during CG1)

Most cancellers ever seen in a fleet: 9 from American fleet in CG3

Most players ever seen in a campaign game? (impossible to know for sure): 6 in CG3

Most players ever seen in a virtual/VASSAL campaign game: 6 in CG3

Most 10 masters used in a game by a fleet: 7 for the English in CG2

Most native canoes used in a game by a fleet: 35 (7 Spanish sets of canoes in CG1)

Fastest Battle Report (BR) turnaround: ~1 minute for the PotC anniversary game.  (I was writing the report at Miniature Trading as we were playing the game, and submitted it right after the game ended)