Just played a 3 player VASSAL game with Anthony and Xerecs! With Anthony in Italy, myself in New York, and Xerecs in California, we played over 3 time zones for a total time differential of 9 hours! O_O

I went second with my Halloween 2017 Fleet Challenge entry.

We introduced Anthony to terrain and UT’s, with 6 total islands and 6 pieces of terrain. 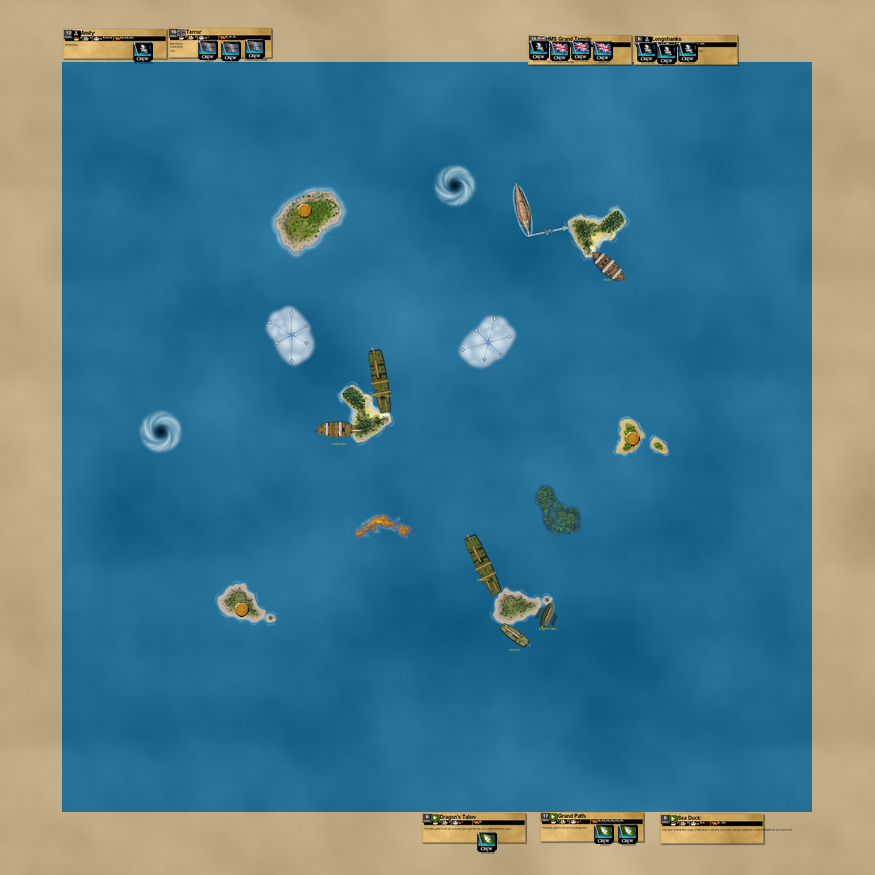 The Grand Temple got an SAT from Myngs to dismast the Amity, who had turned ghostly: 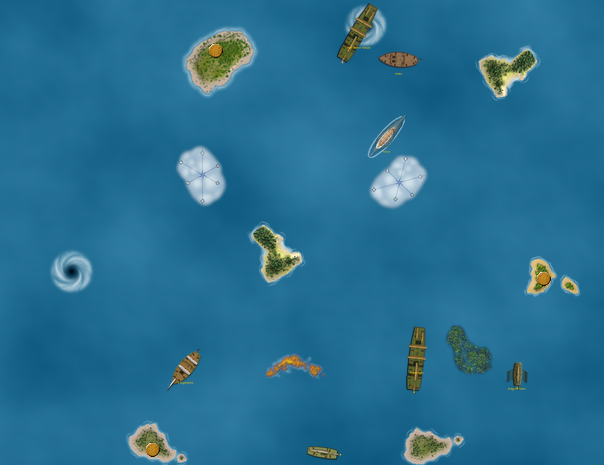 The Grand Temple used the whirlpools to head south, while the Dragon’s Talon and Sea Duck got some gold. The Grand Path and Terror sailed past Xerecs’ home island in opposite directions. 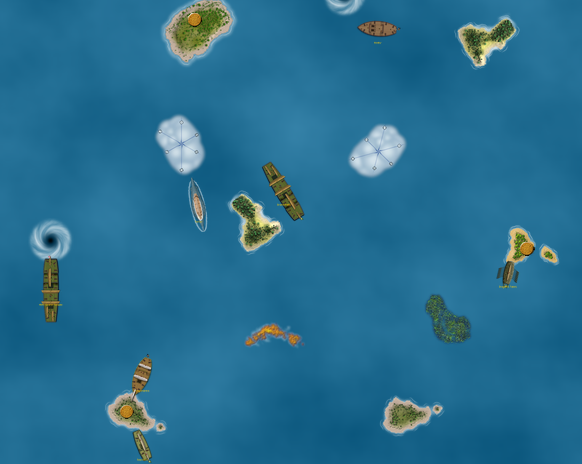 The Longshanks transferred the OE version of the Dead Man’s Chest UT to the Grand Temple (I thought it was the PotC version), allowing the GT to sink the Terror and eliminate my “Merc Pirates” from the game. The Jades were busy getting gold, but were soon set upon by the English as well. 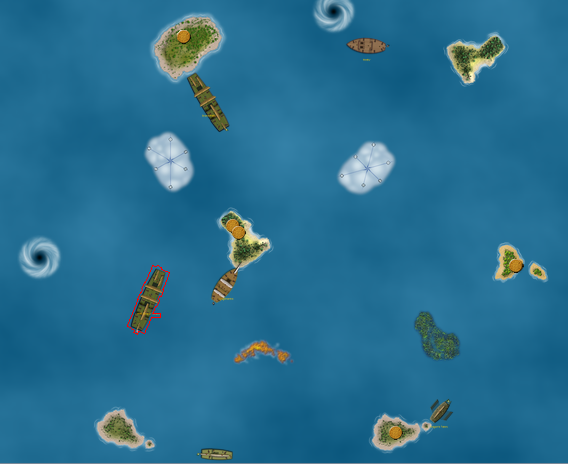 The Grand Path sunk the Grand Temple in a matchup of capital ships, after which the Longshanks went on the run with some gold. 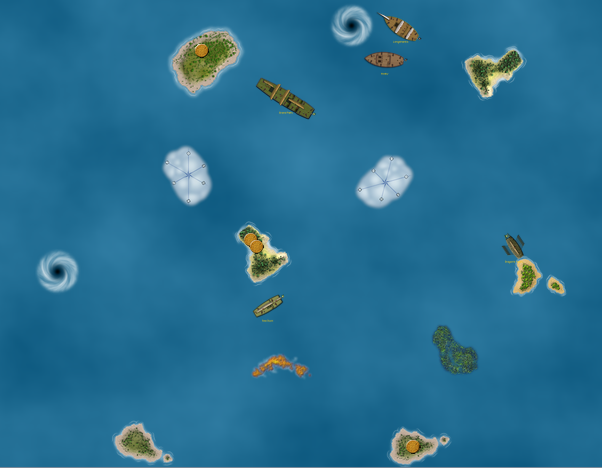 The Longshanks got home with coins, after which the Grand Path did the same after some light skirmishing. 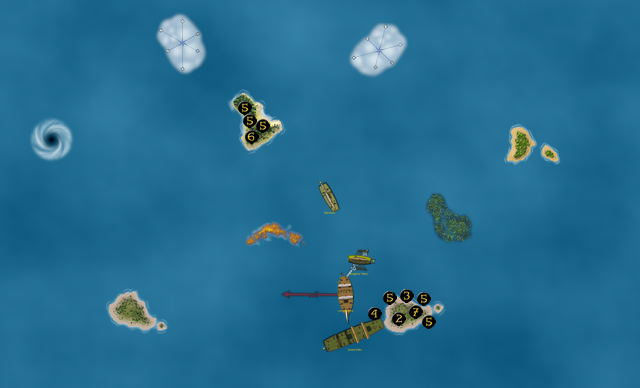