This was an utter fiasco.

January 30th marks the 10th anniversary of Rise of the Fiends being released!

To celebrate the occasion, a 5 player “game” has been played on VASSAL!  XD

The players in turn order:

We used 5 home islands and 5 wild islands, with the wild ones getting 6 coins each.

a7xfanben had the first strike, using an EA from the Fool’s Hope to dismast the Argo of the Franco-Spanish (and American) fleet. 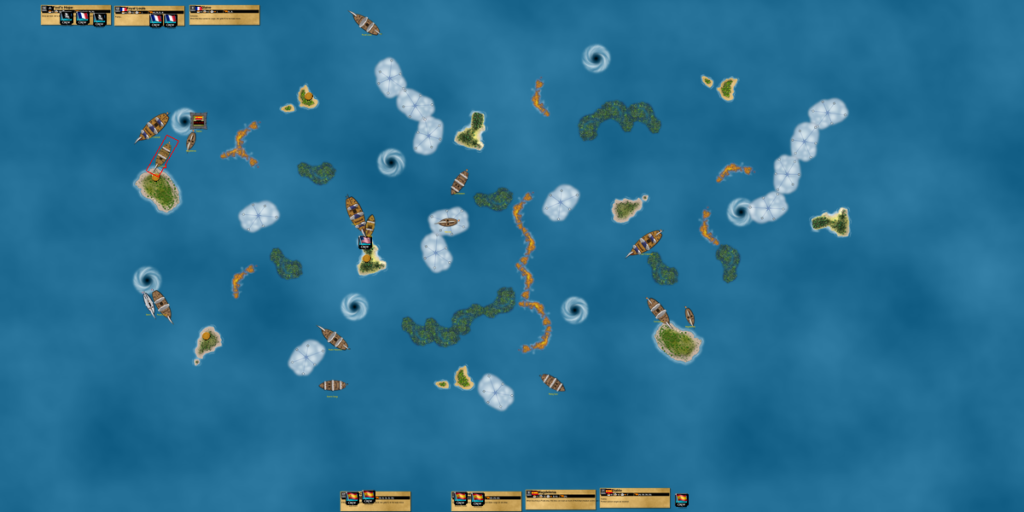 Much blood money was found, in addition to dolls and monkeys.  The Fool’s Hope captured the Argo as various ships gathered gold.

I didn’t look at the Argo’s coins until after the FH got another timely EA (with one mast remaining!) to return home through the whirlpool and dock home her prize.  Then it was a fiasco with different players operating on different rules and Blood Money was naturally at the center of it all.  That has been just about my least favorite UT for years and now I will officially never play with it again.  All in favor of banning Blood Money/Bloody Gold say aye!  XD