Teaching 5 Players at a Game Night!

5 new players were taught at a game night! Due to the sheer number of questions and game pieces, it was a bit chaotic, but the game was played to completion. The circumstances also led to an interesting setup, but each fleet did have about 40 points.

I went first to demonstrate taking a turn, and the race was on! There were 4 wild islands with 3 coins on each of them. As you can see here, the rares pulled from the OE packs included HMS Grand Temple, USS Constitution, and Maxehebel. In addition, I believe 3 of USS Sea Tiger made it out of the 10 packs given away. The small table required a small ocean, which would naturally decrease the importance of speed and increase the excitement at the islands. 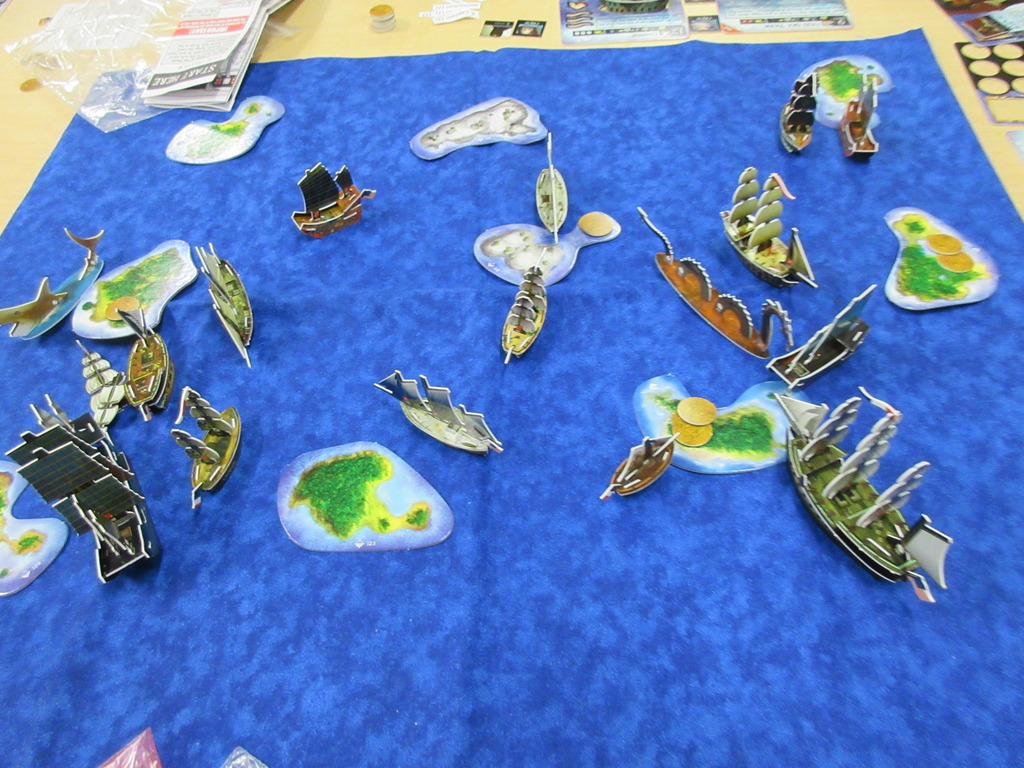 A handful of conflicts broke out; the Gold Eagle dismasted the Afrique, but was soon sunk by the Afrique’s fleet mate the Grand Temple. The Georgetown damaged the Atlanta, but she was able to return home with gold. In the east, Maxehebel picked on the Clear Wind, but was eliminated by the Constitution before he could sink anything. One of the players had to leave during the game, taking their islands with them. 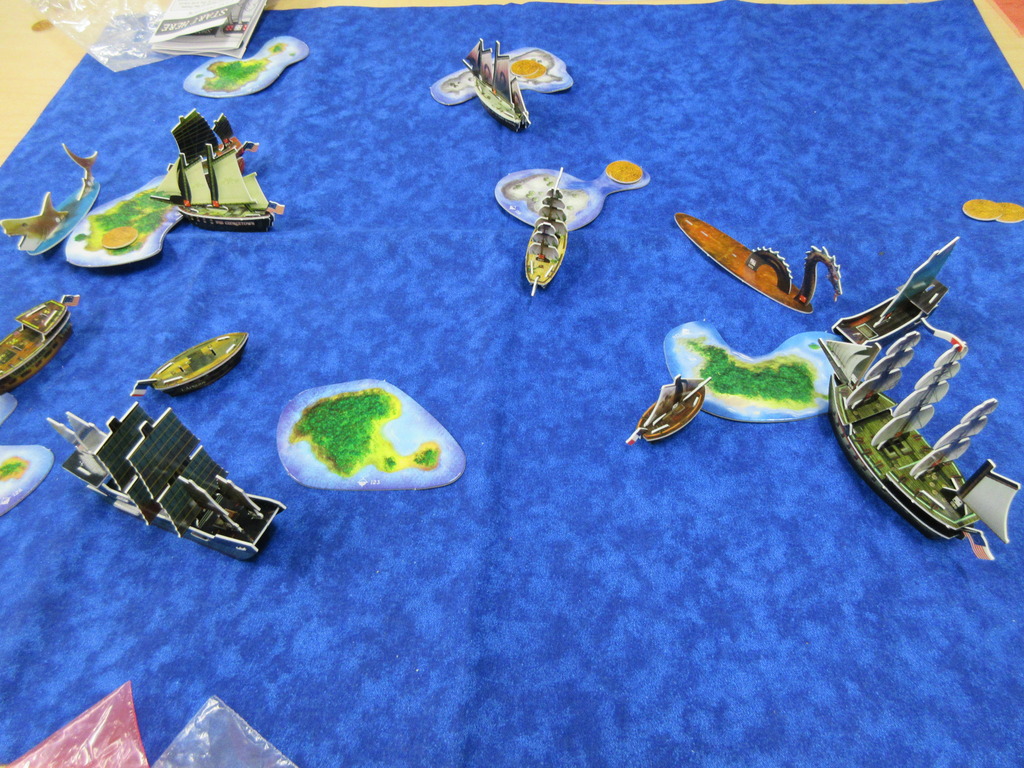 The last third of the game saw the two gunships dominate the sea. HMS Grand Temple crushed all opposition in the west, while the east saw the Constitution kill Maxehebel and dismast the Lady Newport. 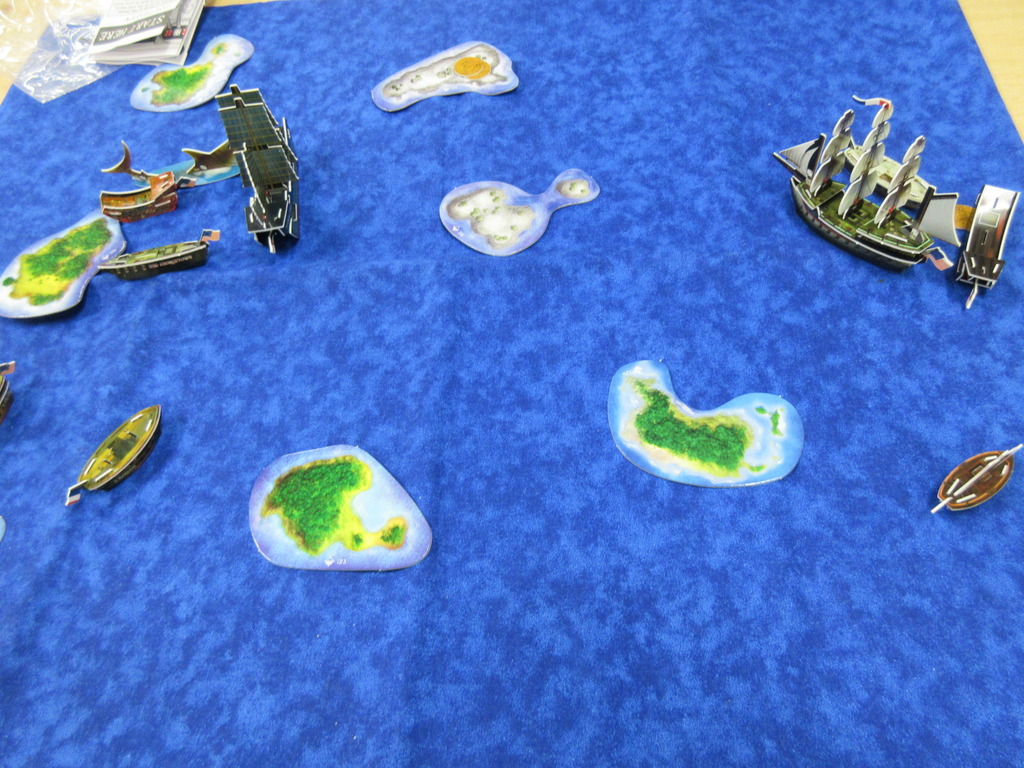 The Constitution chased the tiny Colibri away, missing with both of her S-range guns. I suddenly realized that the Colibri had gold on her, so she sailed back, lucky to escape. In the meantime, the Atlanta repaired and the Georgetown was towed back. 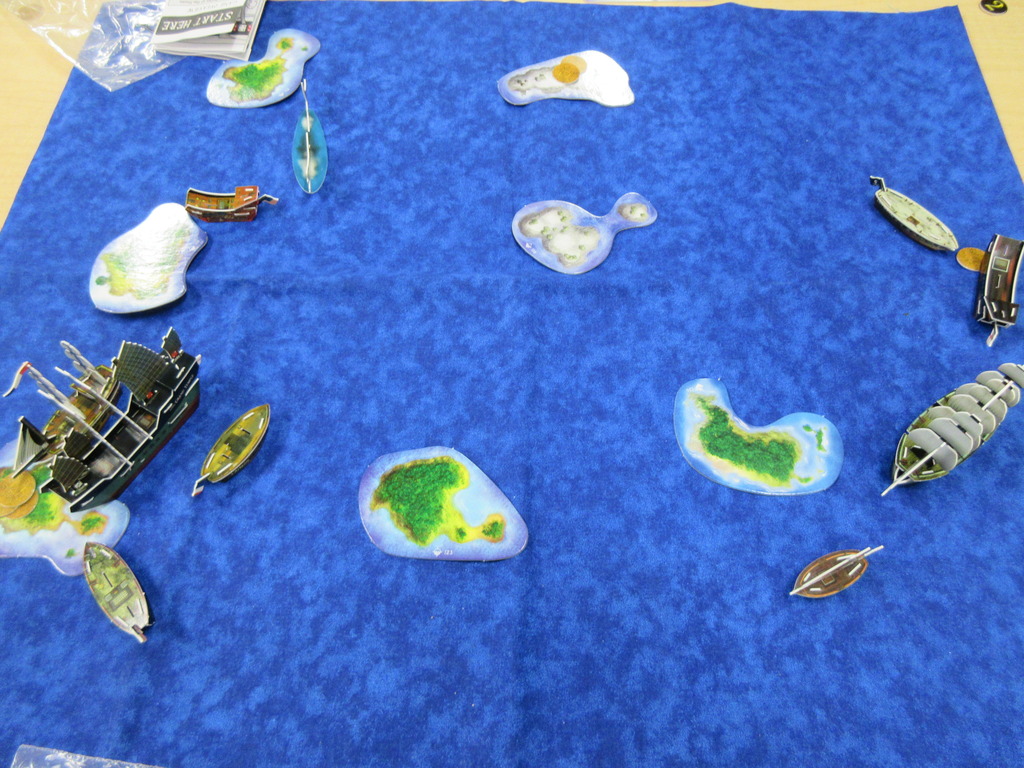 After a Sea Tiger and the Lady Newport were towed back, the game ended in a tie!  (looks like the HMS Grand Temple fleet would win the tiebreakers of both points in play and most masts standing) 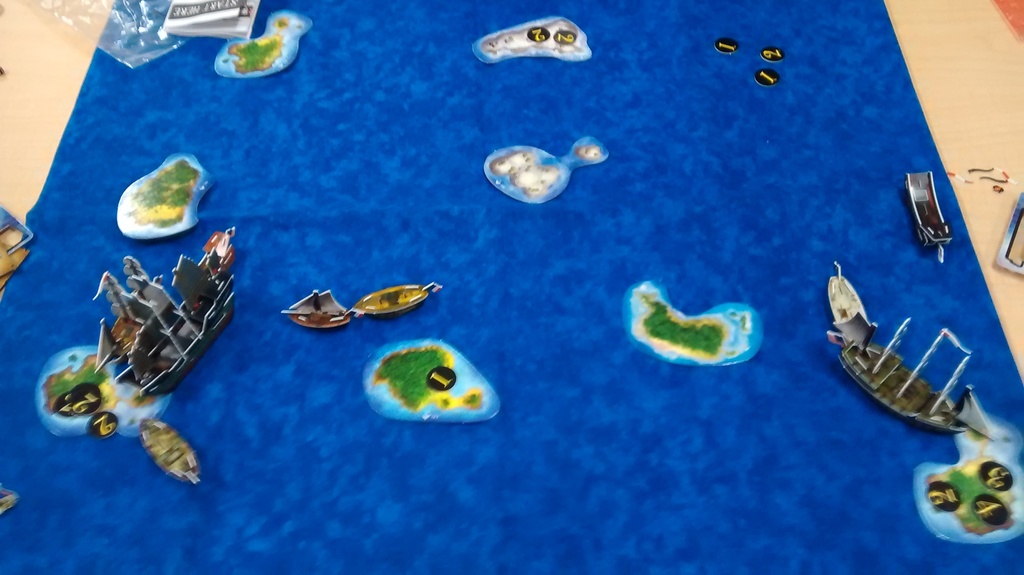