Another game has been played, this one at 80 points. 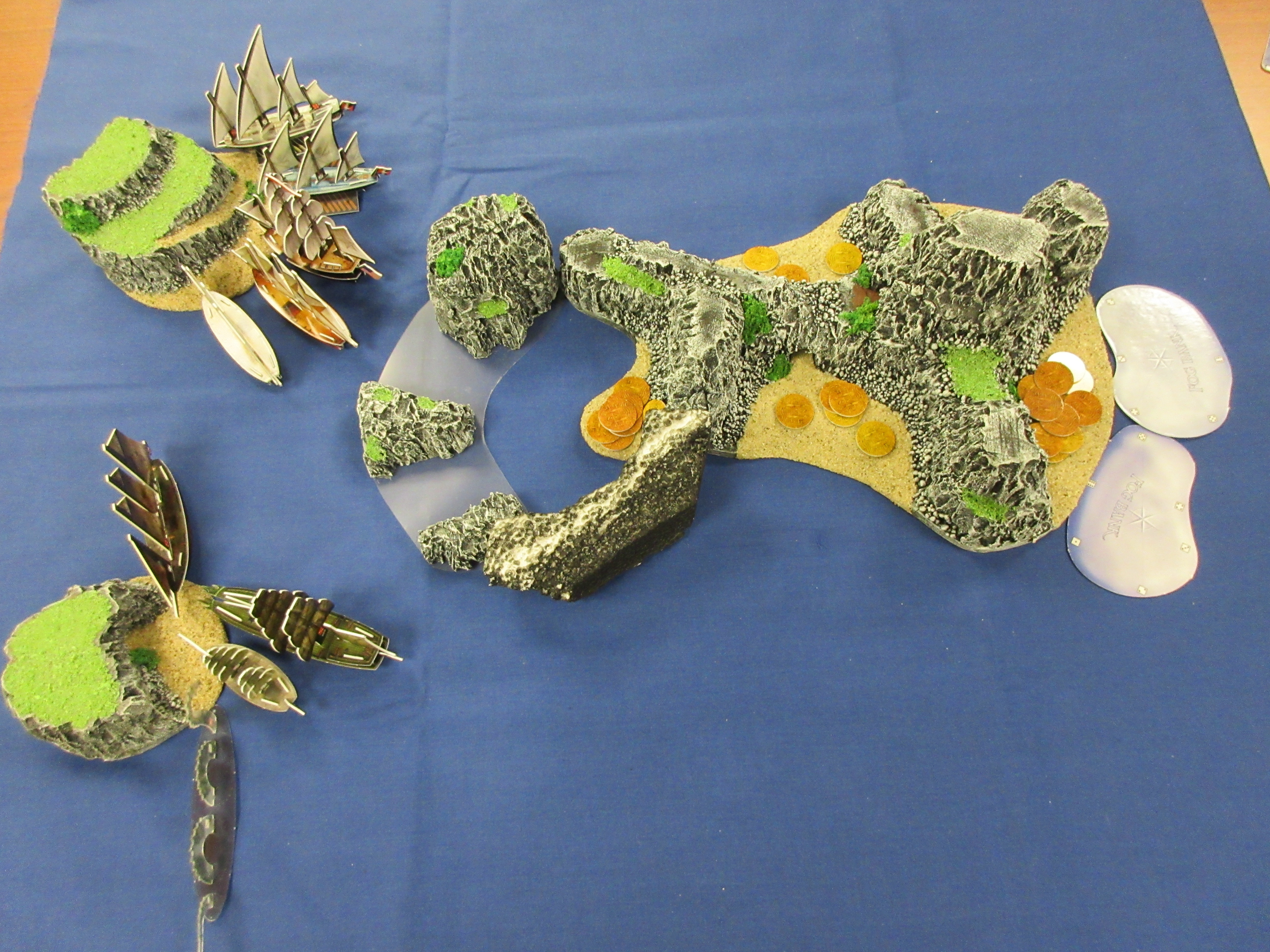 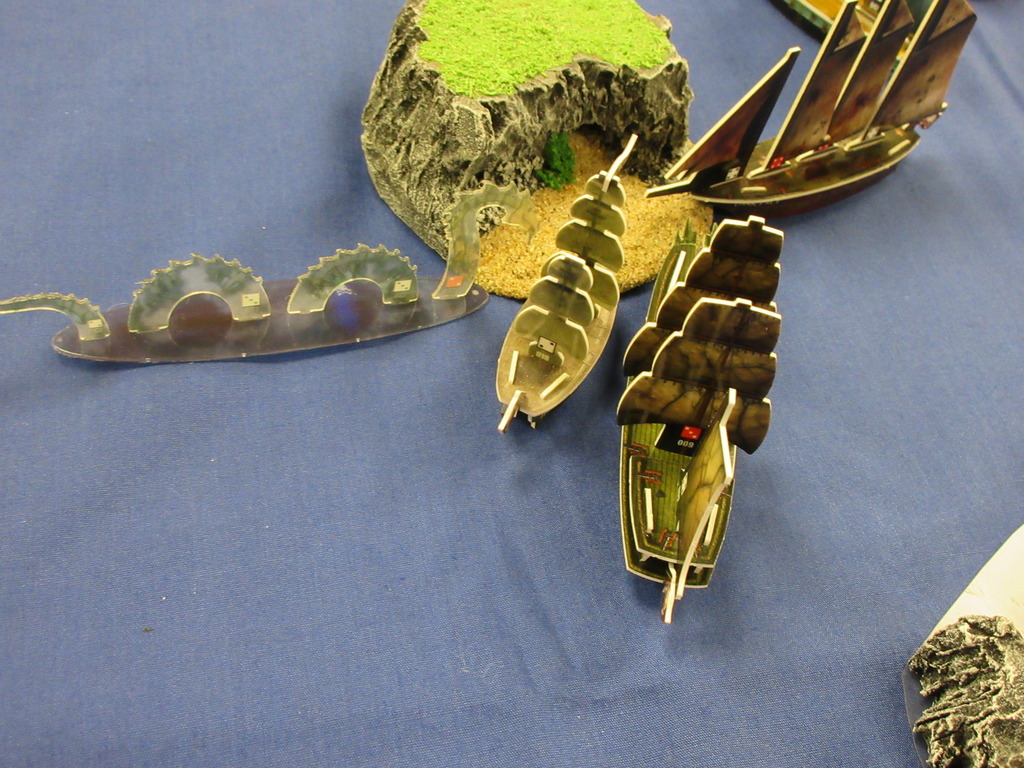 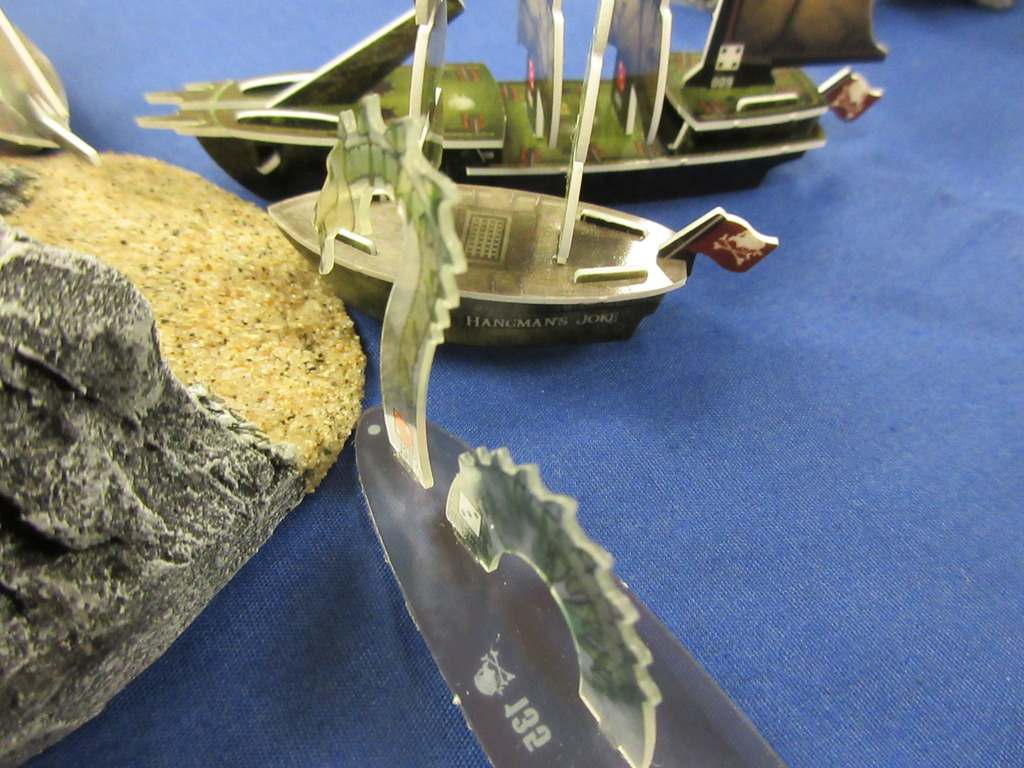 The Dark Pact and Pequod sail towards the nearest beach, barely able to fit through the dangerous terrain. 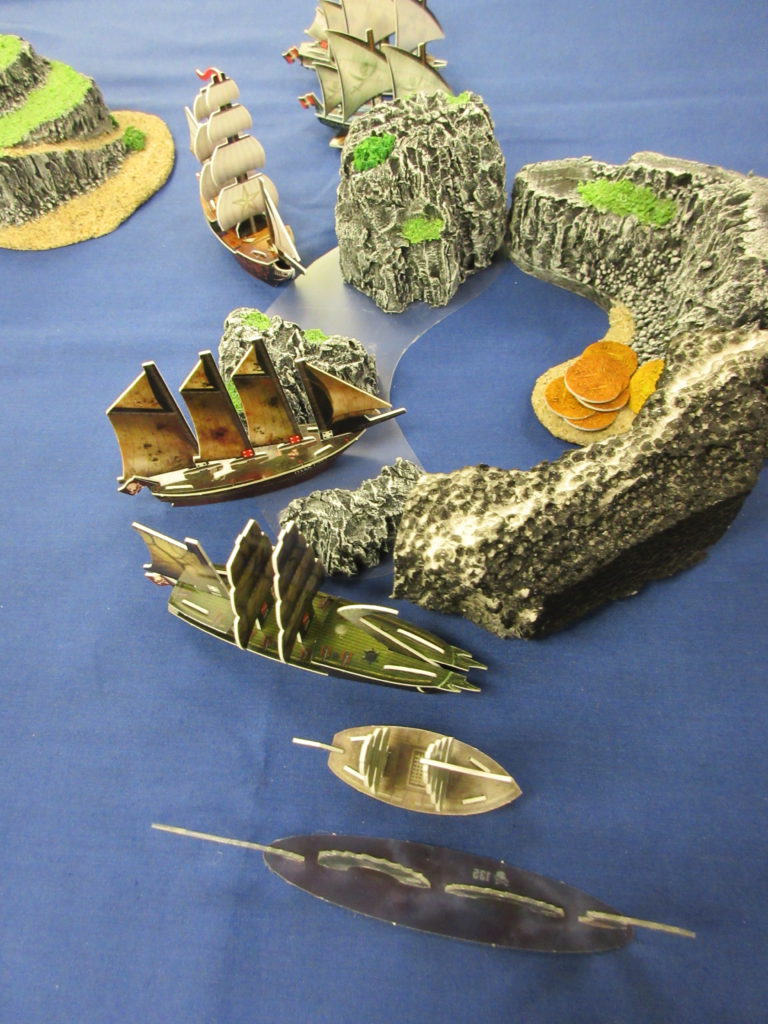 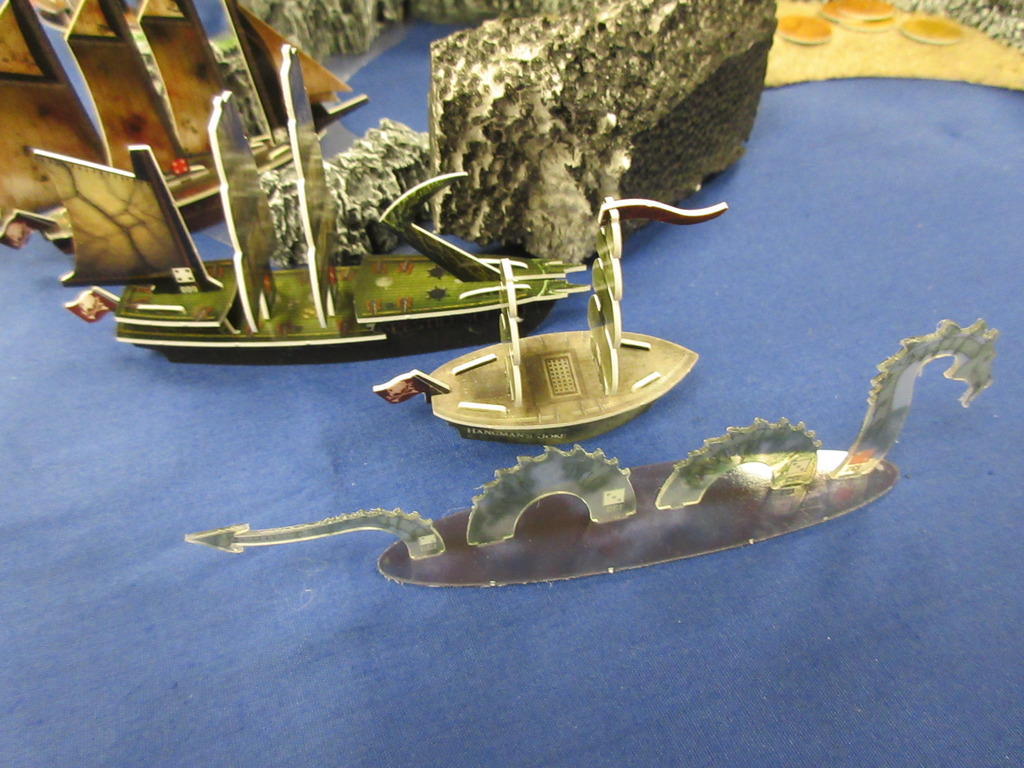 However, the classic 4 masted schooners were there, dismasting the Dark Pact and spelling major trouble for the Cursed! 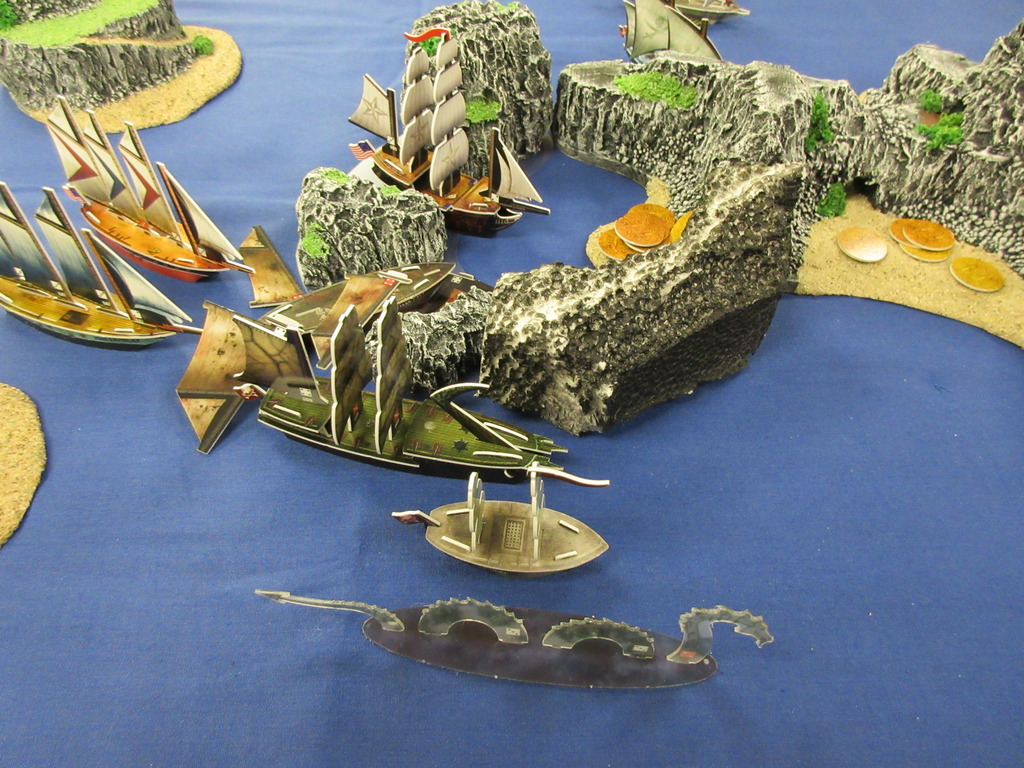 The Pestilence turned around to interfere: 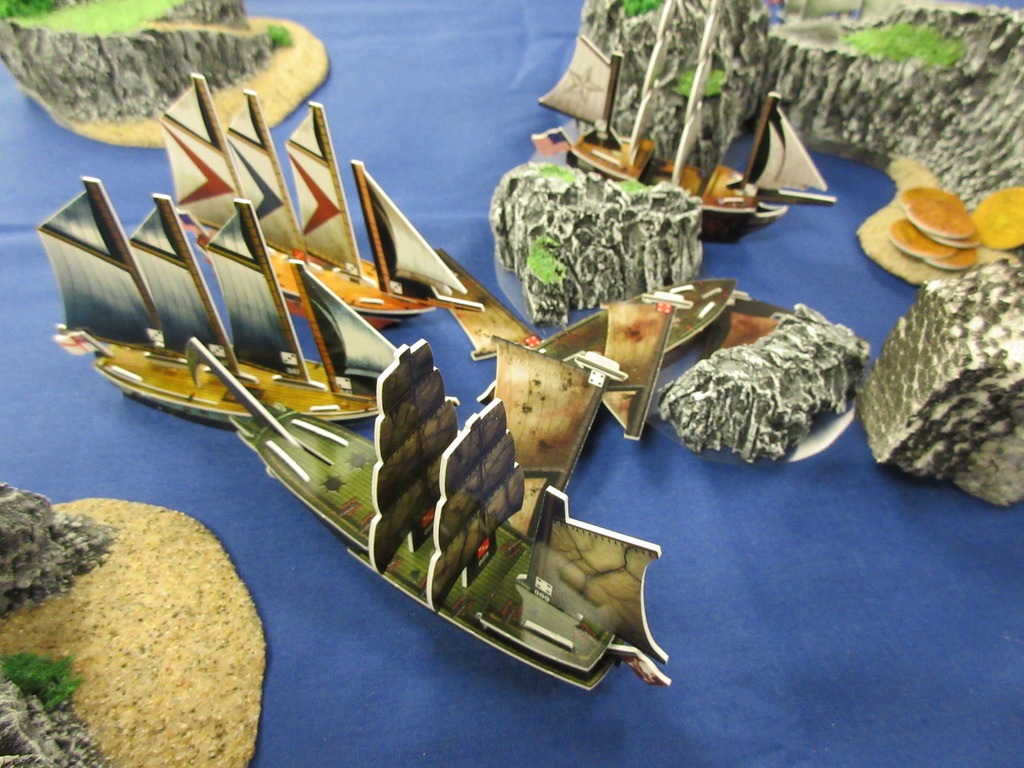 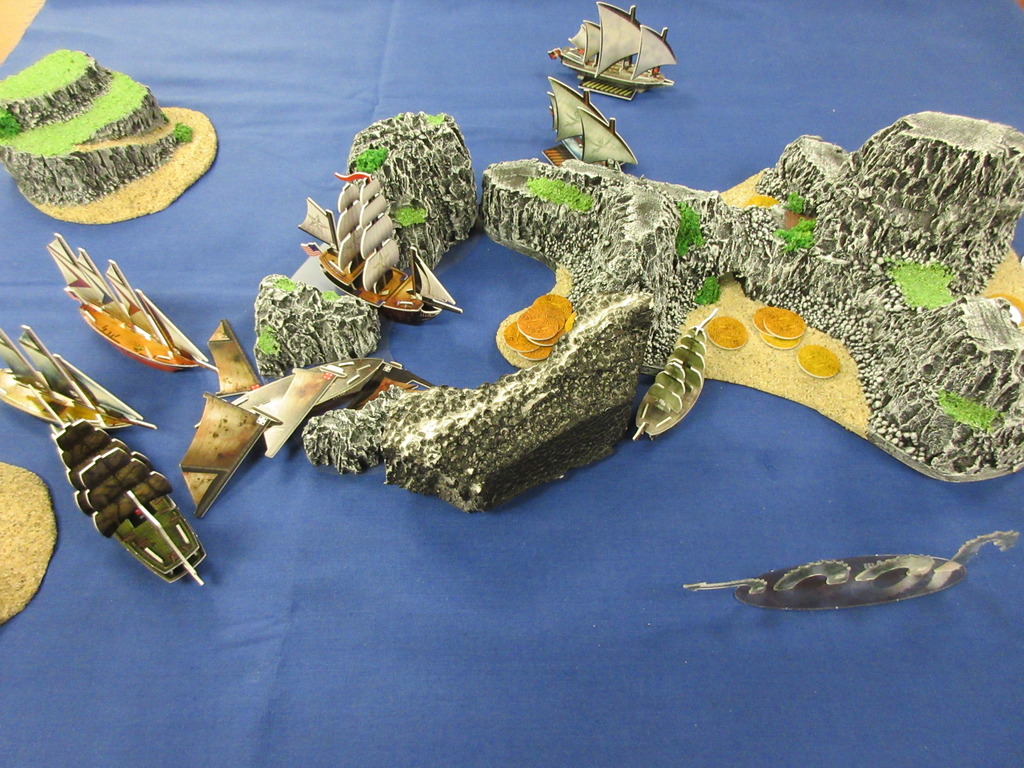 The Dunlap and Grampus teamed up to cripple the Pestilence and sink the Dark Pact: 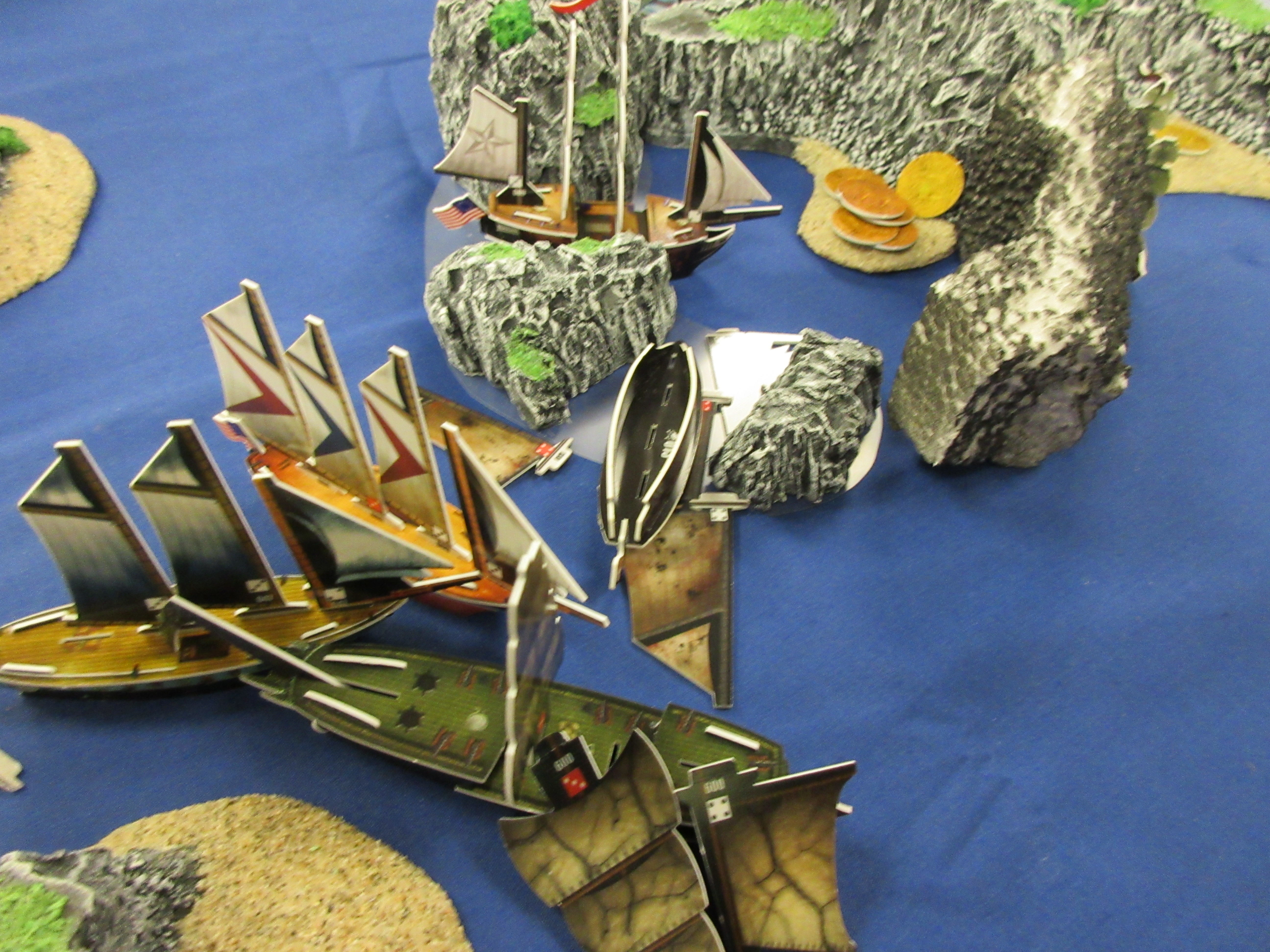 The Pestilence continued to fight, winning a boarding party and eliminating the Dunlap’s crew via White Crew. However, the Americans were in control of the area. 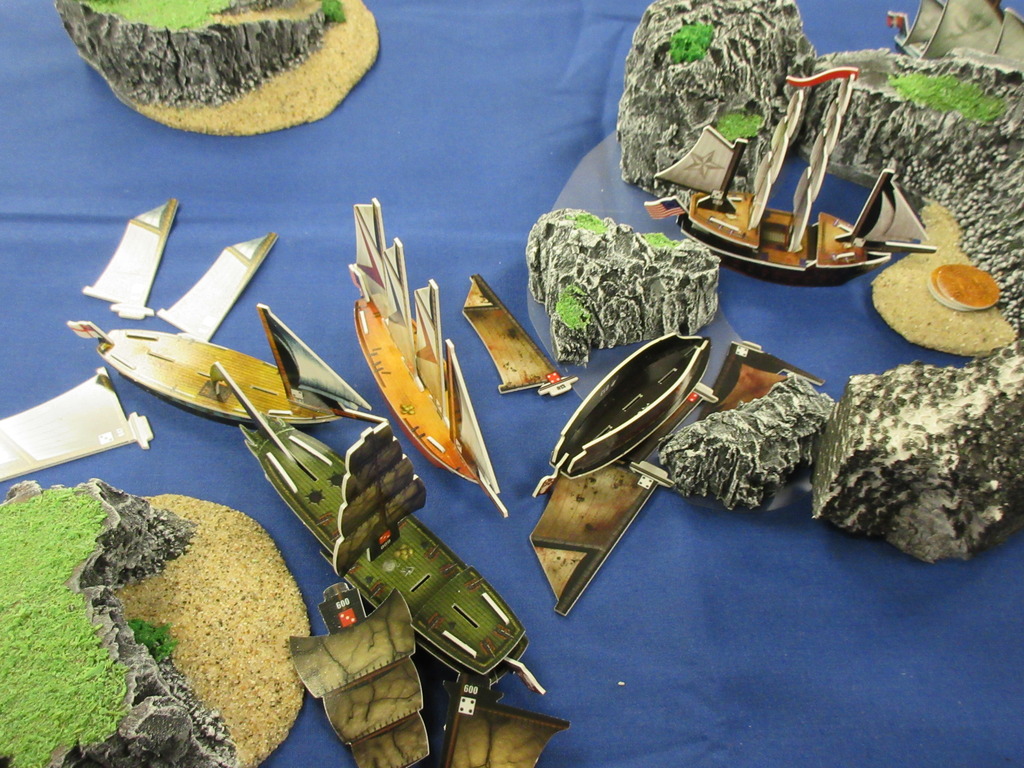 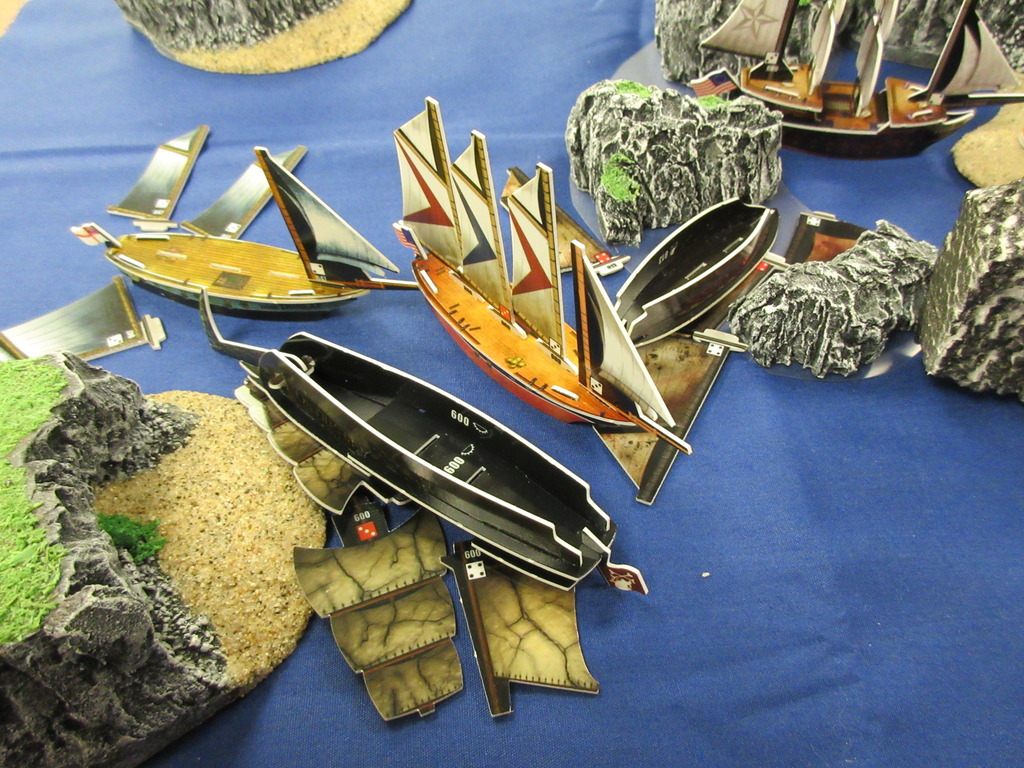 The Cursed knew they had almost no shot of winning, but decided to have a little fog-hopping fun. The Hangman’s Joke anticipated a possible American blockade and prepared to sail all the way around the huge island in the hopes of joining up with Mist Walker. 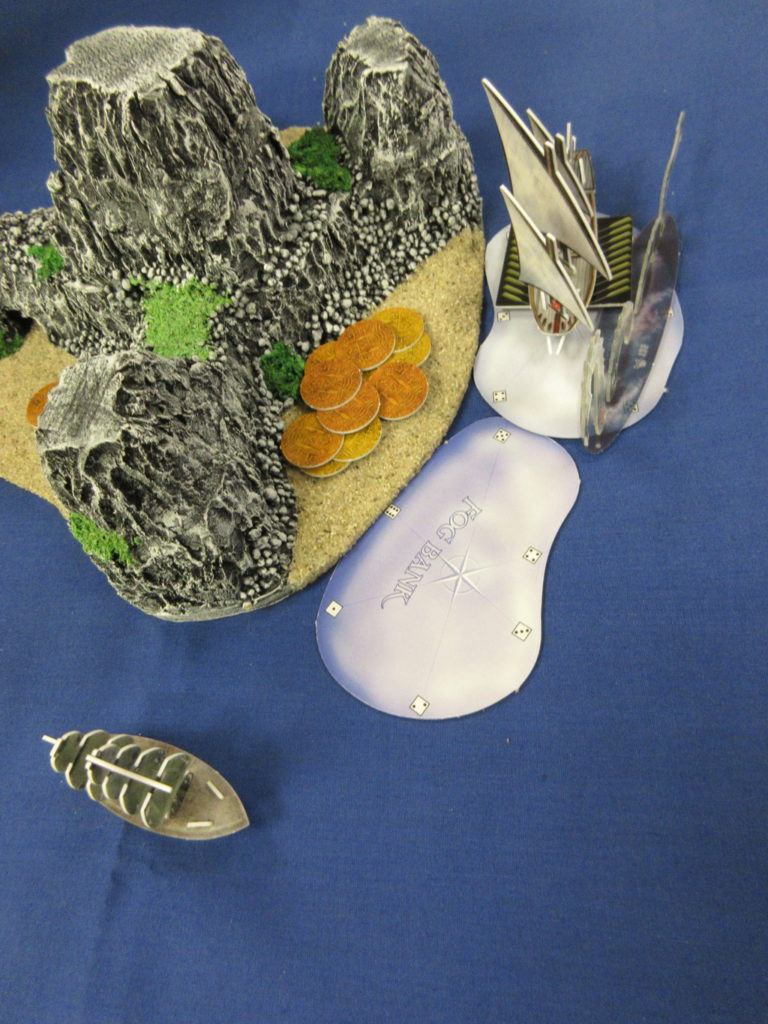 The Americans have won the battle around the Cursed home island; the Jackal’s Teeth has explored the beach with the most gold on it. 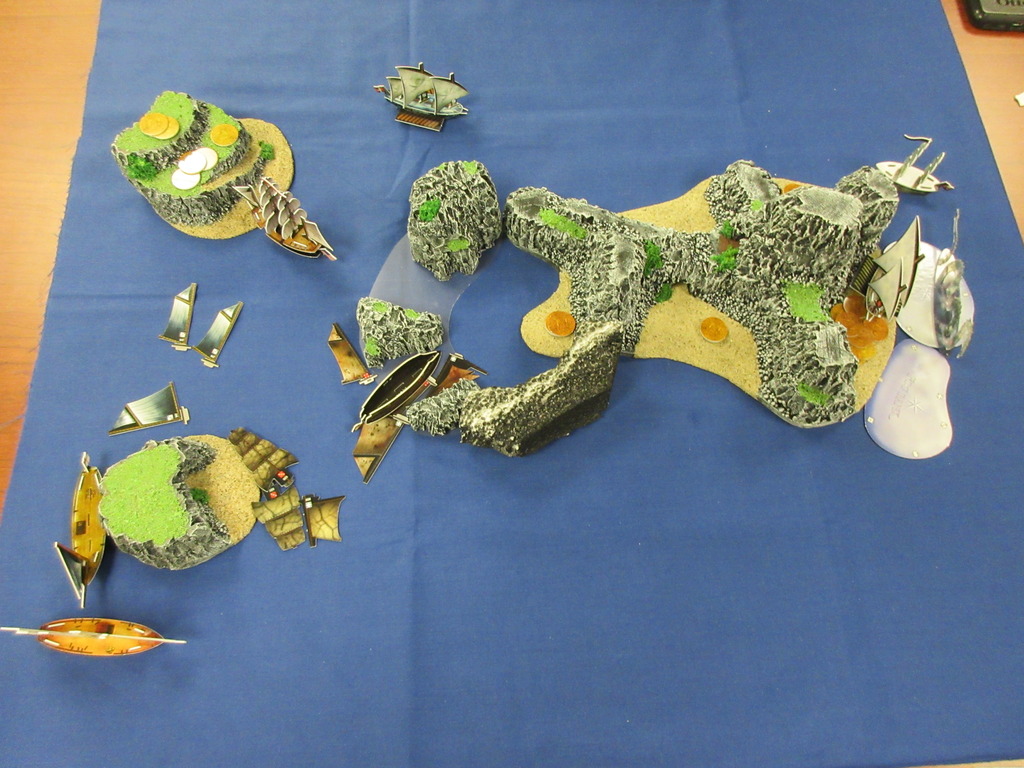 The Pequod has sailed out for more gold while the Grampus prepares to intercept the remaining Cursed. 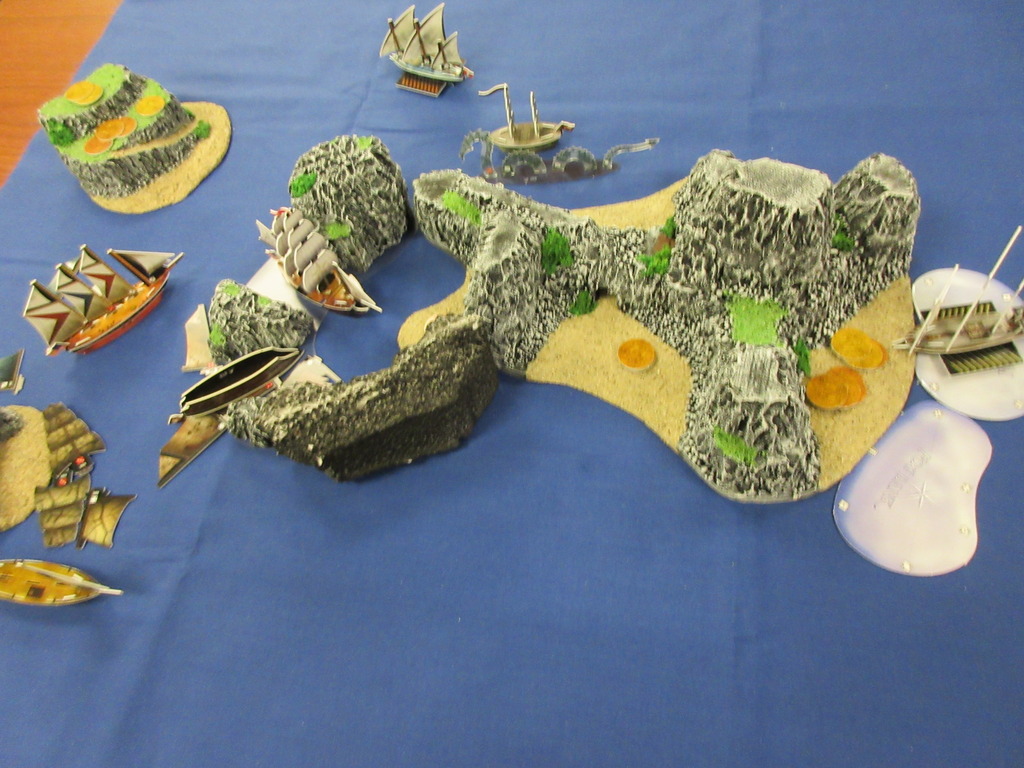 When the Grampus sank the Hangman’s Joke the game ended, with the Americans winning 24-0! 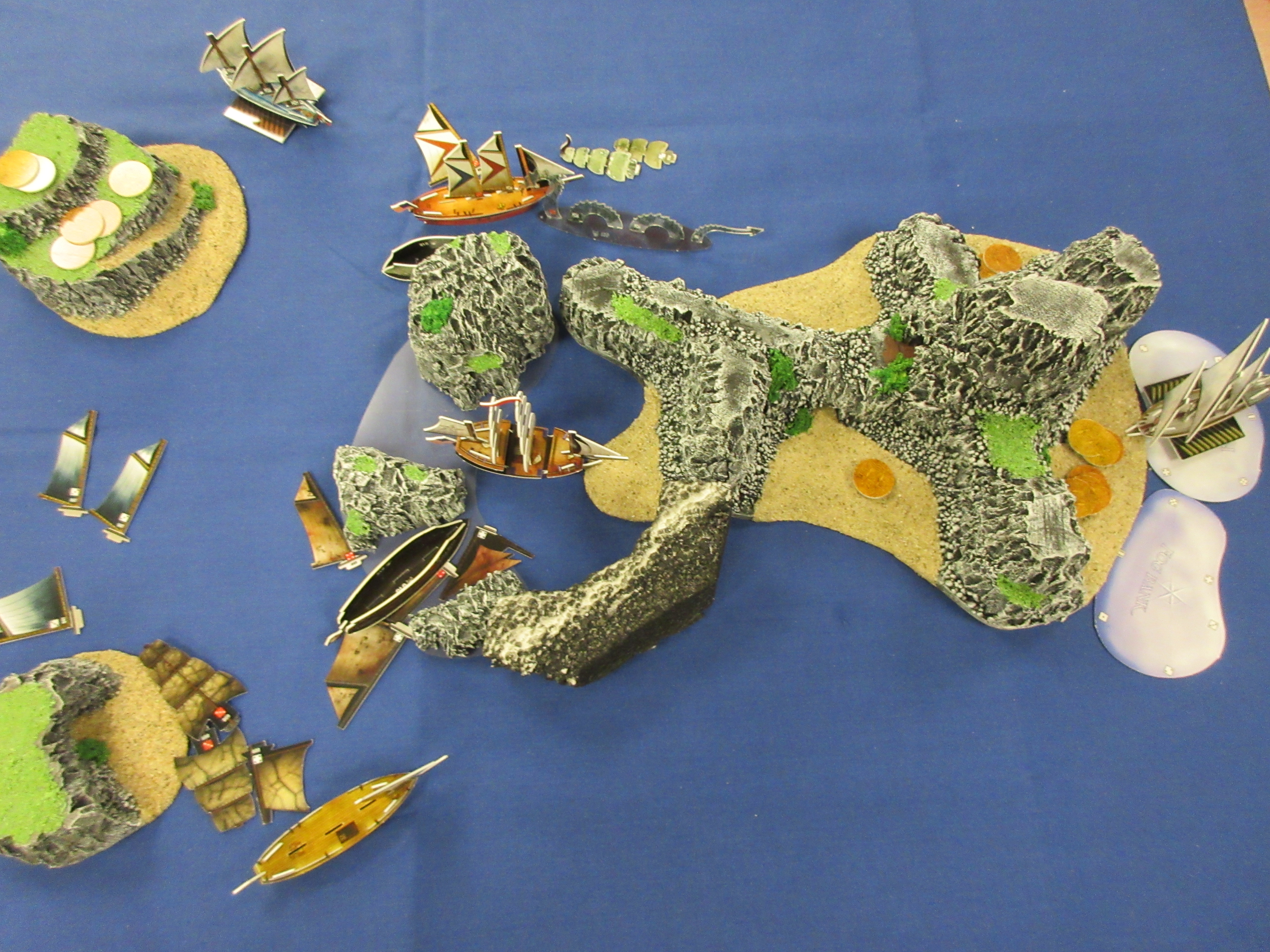