Another game with Repkosai! This was my first game with my commentary alone, and I explain my fleet choices and general strategy as things progressed.

50 points, 8 islands, 4 coins per island, and some grouped terrain. 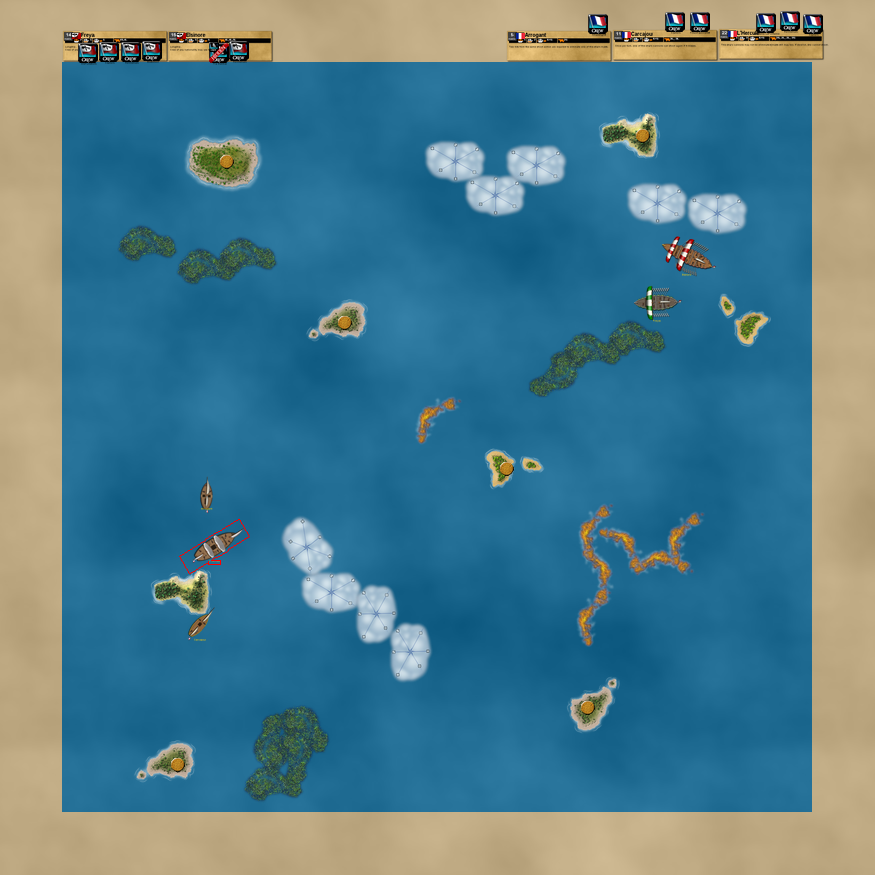 The French headed north, and the Vikings west. The Elsinore picked up some fun stuff, including Potions and Brews. The Hercule took a mast off the not-careful-enough Freya, who was barely saved by Potions and Brews causing a lucky miss at the end of the broadside. This allowed the Freya to return fire with FOUR shots from just one mast, which has to be close to a potential record heh. Two of the shots hit, and the ram roll was successful to take the Hercule down to one mast as well.

The Hercule was dismasted and the Freya managed to escape through some convenient fog banks! Indeed, the setup benefited the Vikings here as the Freya used the fog banks as a chain to move safely back to her home island to repair. The Elsinore headed southwest, but the Arrogant was waiting for her. 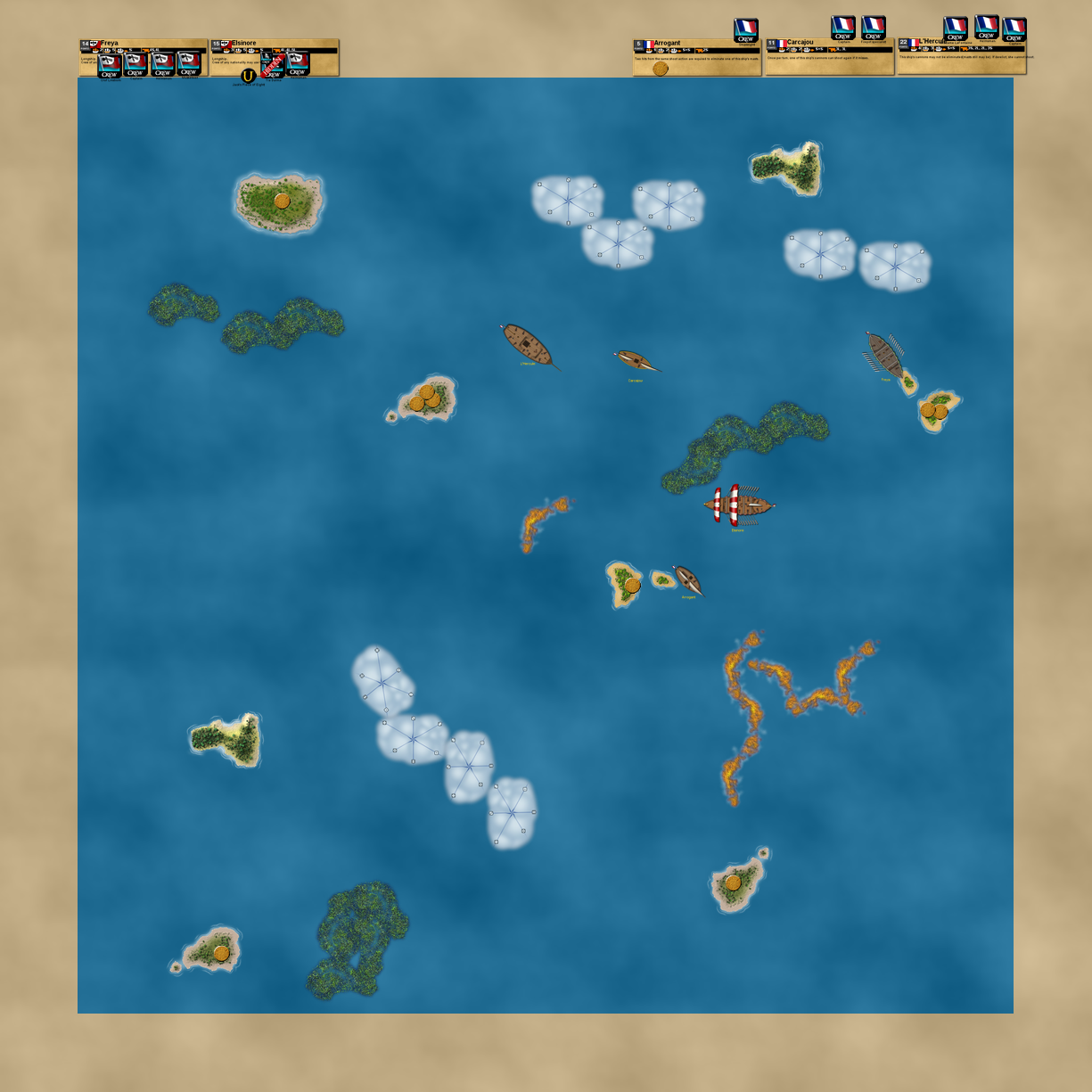 I managed to flip Tia Dalma to help the Elsinore survive getting attacked by the Carcajou, but the Elsinore was eventually sunk. However, this happened only after the latest UT shenanigans! The ever-helpful Woelf answered my question about the timing and interaction, which could have worked out well for the Vikings either way. In a funky circumstance, Tia Dalma and the Elsinore’s helmsman were thrown in jail back at the Viking HI after Manawa was linked to the helmsman, which therefore eliminated Manawa! Whew! XD

This worked out fine for me, as I was tentatively planning to leave the Elsinore’s crew on the wild island for the Freya to pick up later in case the Elsinore was sunk (at this point I suddenly realized my fleet had good synergy since both ships had the same ability – Tia Dalma could use her cancelling on the Freya!). However, Jail put them right back at the HI, where the Freya was already repairing, and indeed the Elsinore was sunk! 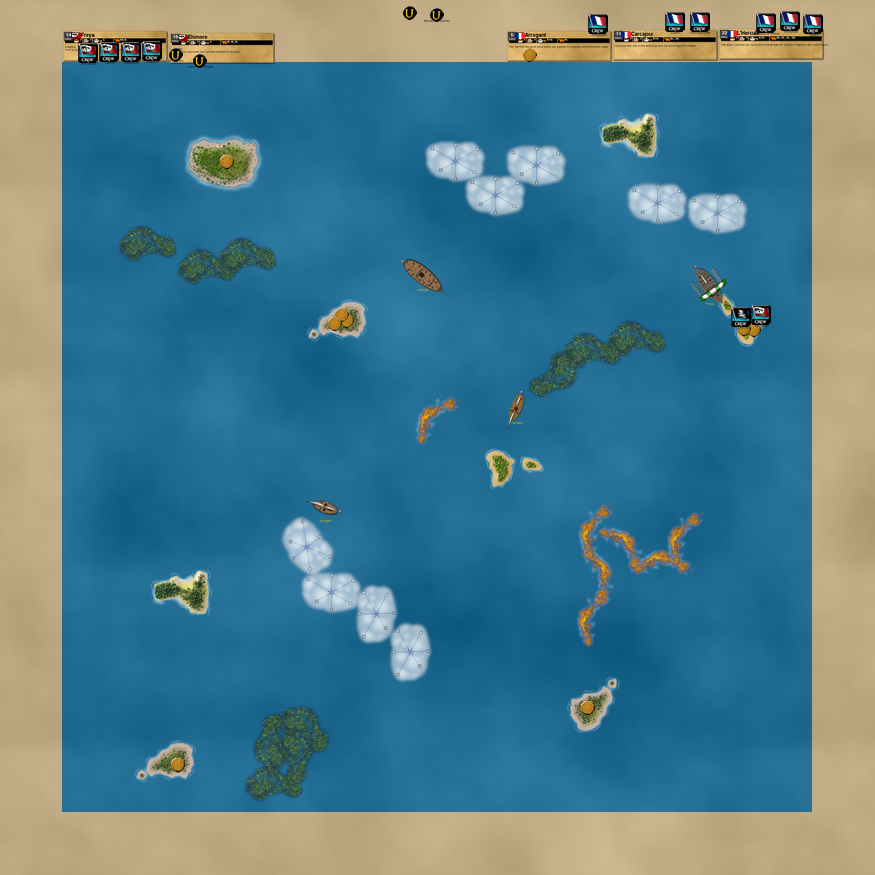 The Arrogant returned home with a coin, while the Carcajou began towing the Hercule. The Freya managed to sink the derelict Hercule, netting the Vikings 1 gold from LaFontaine’s Ransom keyword. I did indeed swap out Olof Linstrom for Tia Dalma, figuring the canceller would be more useful than yet another cannon. (the Freya still having 5 shots in 2 masts even after Olof’s departure from active duty) 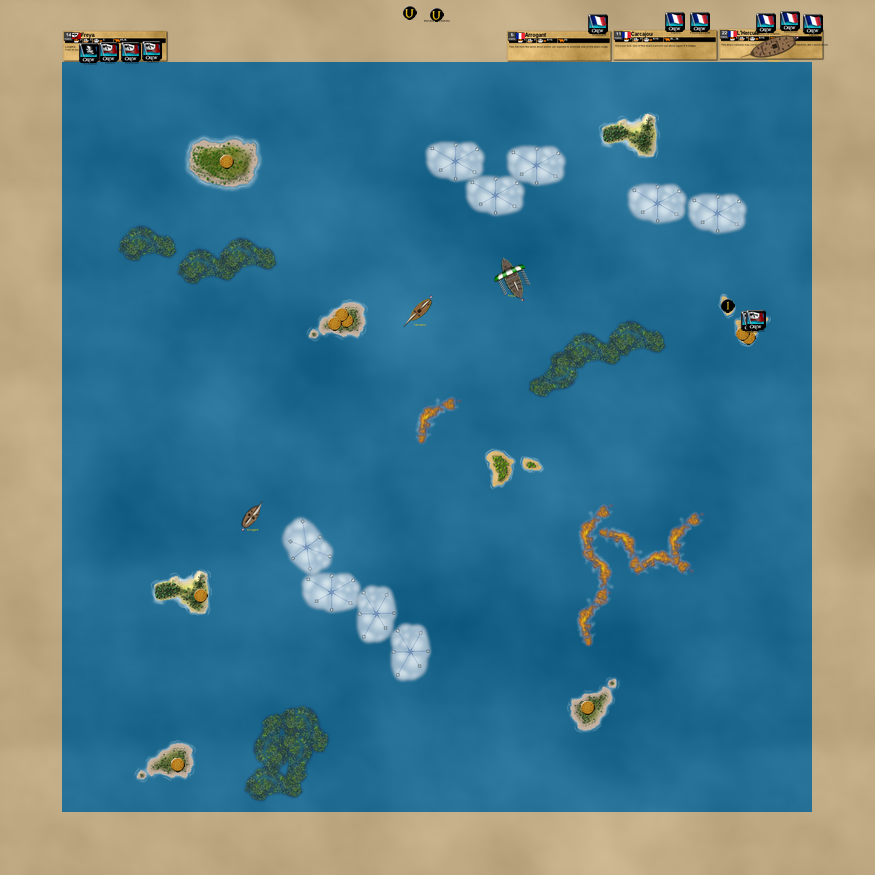 A somewhat predictable endgame saw the Carcajou corner the slow Freya after the latter loaded a valuable coin, and the French finished off the inaccurate Viking ship! The French had won a 7-3 victory! 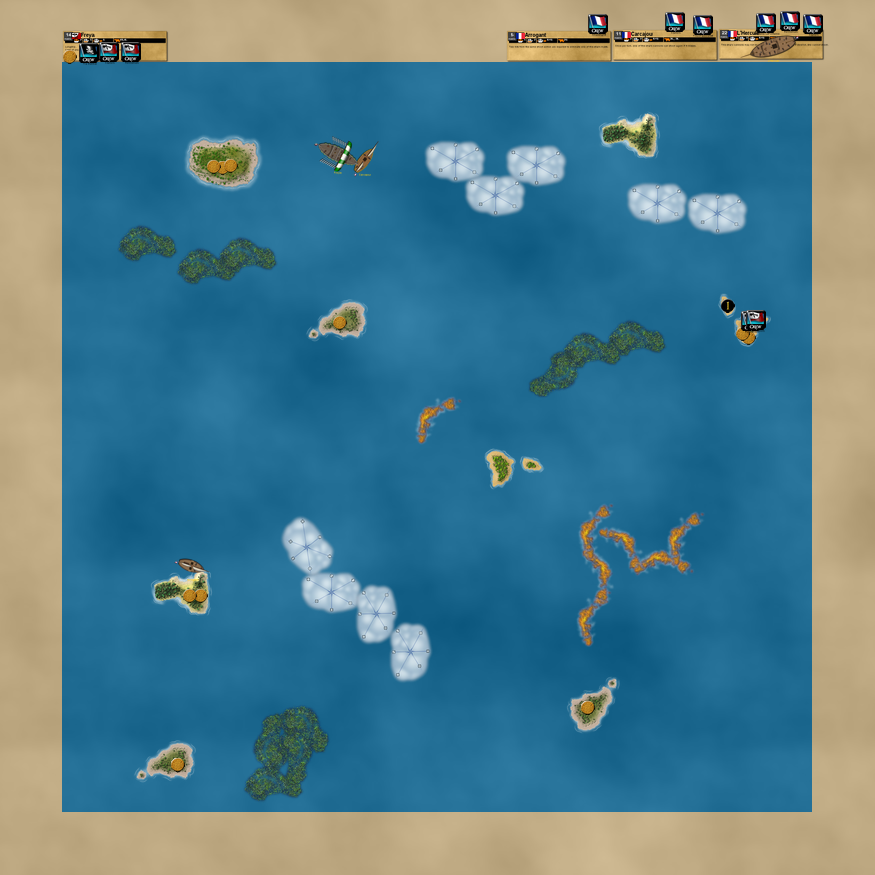 This was a game that saw a fun Unique Treasures interaction, some interesting combat, and a rather strange but fun Viking fleet. More games have already been scheduled, so stay tuned!