Played a quick game with wantkrakens.

I tested out a new fleet of mine, New Age of Armed Merchantmen.  He went with the Manila + helmsman and Delight + Captain Barbossa, helmsman

He did a unique map with a ton of islands, all with one coin on them. 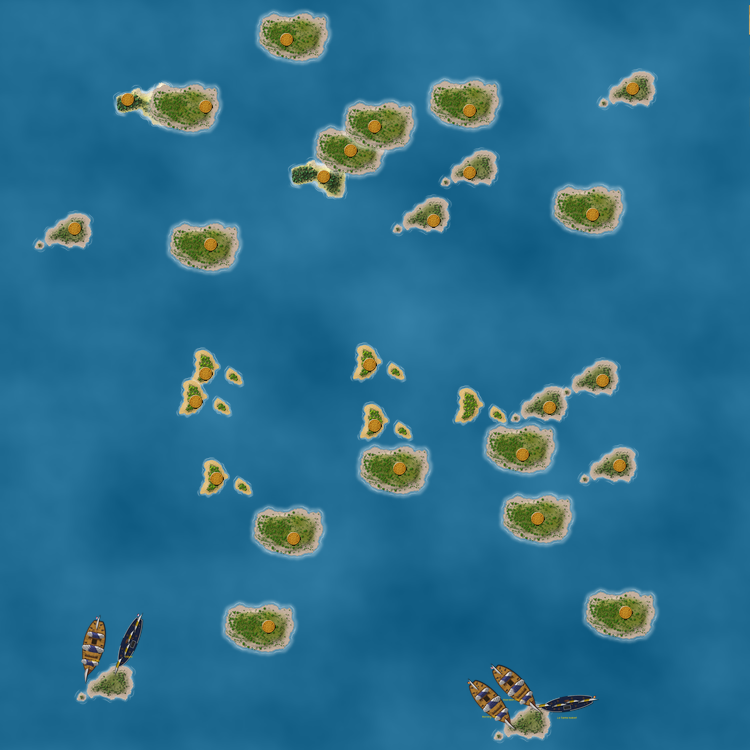 The Santa Isabel helped the merchants get out to an early gold lead, and then she and the Aberdeen Baron teamed up to capture the Delight. 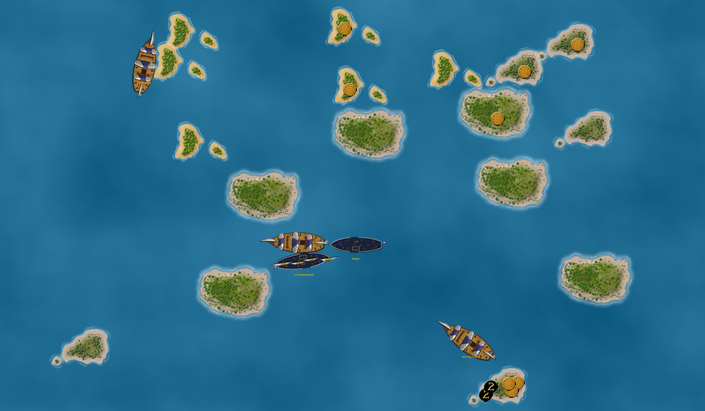 The Manila was coming home with some gold when the merchants built Ramsgate and started repairing the Delight there.  The Manila successfully rammed the Aberdeen Baron with a 6 and even shot a mast off soon afterwards with another 6, but the AB and Delight overpowered the Manila to end the game (final score 26-0).  Both of us had good dice luck in this game!