With essentially nothing of note happening in the Sea of Allost, we jump straight to the Caribbean, where the English have spent 49 gold for HMS Galapagos, HMS Serapis, the Gibraltar flotilla, and another artillery unit. In the background, HMS Algernon has set sail. 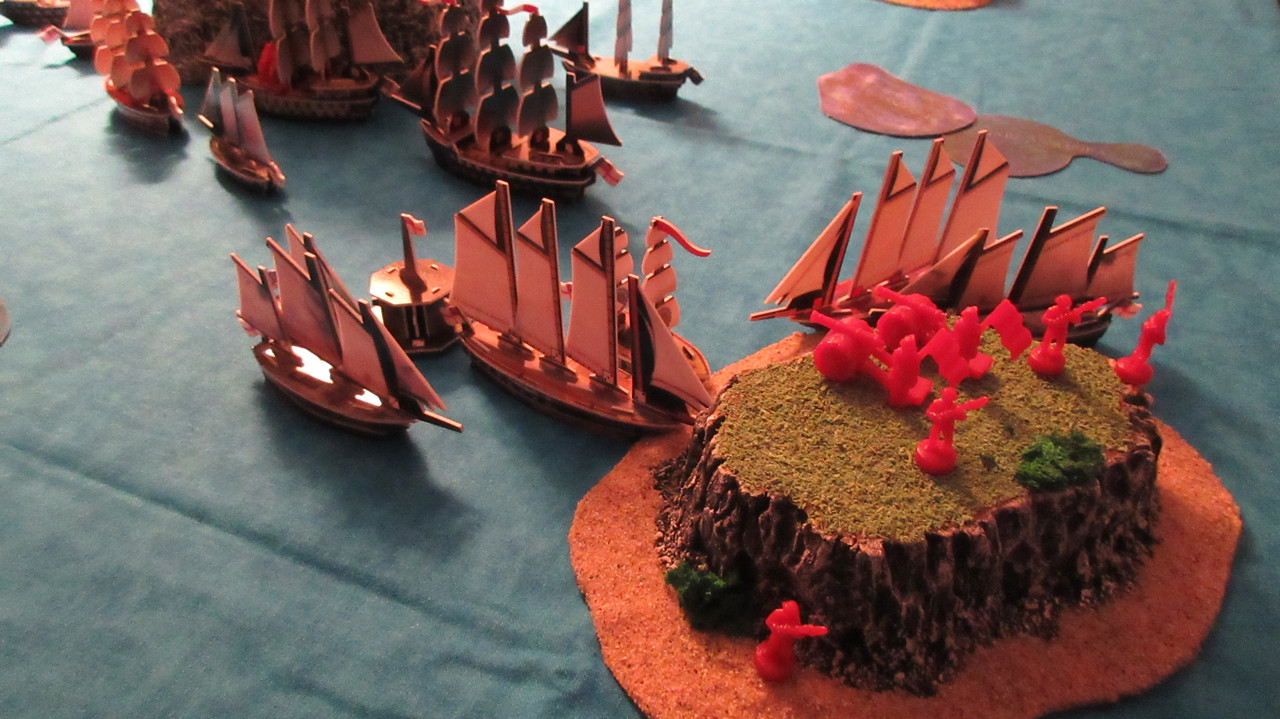 Mostly a coincidence, but the Spanish are sailing in line of battle formation. At the right and head of the line, the San Francisco and Alquimista head for Paradise Island, while the Tartessos, San Estaban, and Galeon de Gibraltar wait for the Matthias Vospero to finish repairing. 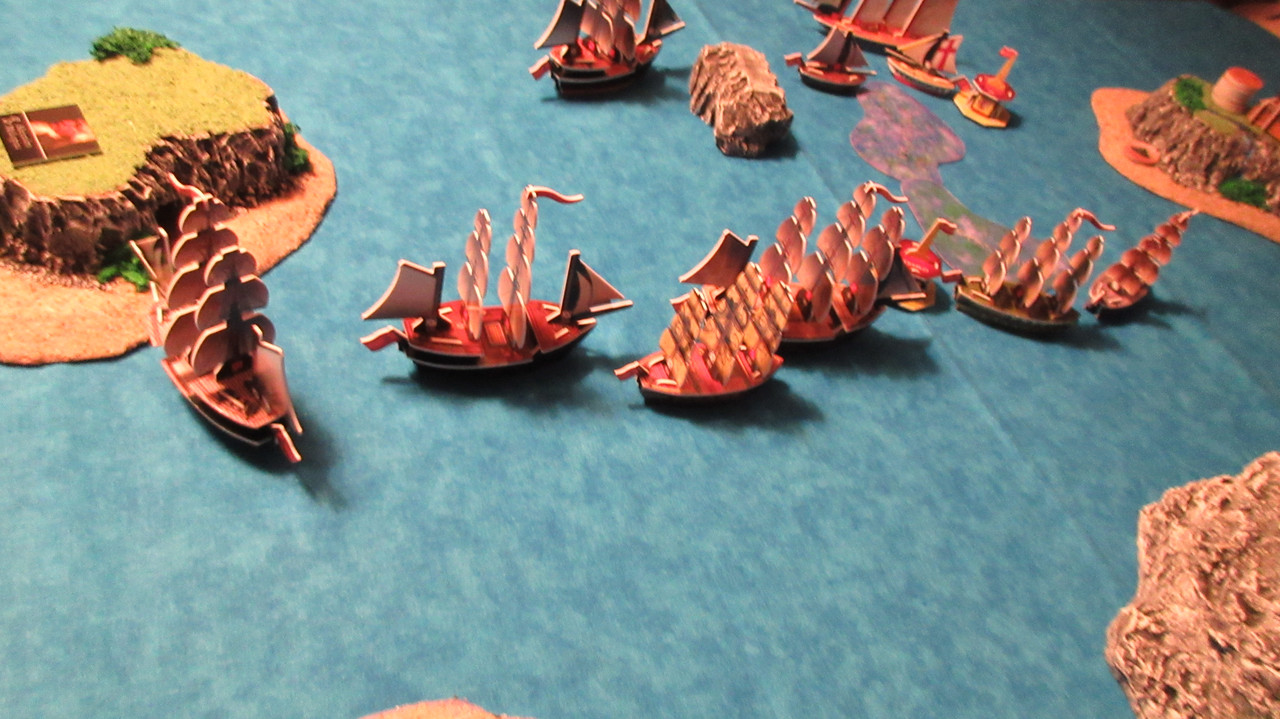 The French discover The Flat!! The French admirals aboard those two flagships are excited to tell the rest of the fleet and get some cargo ships out there. 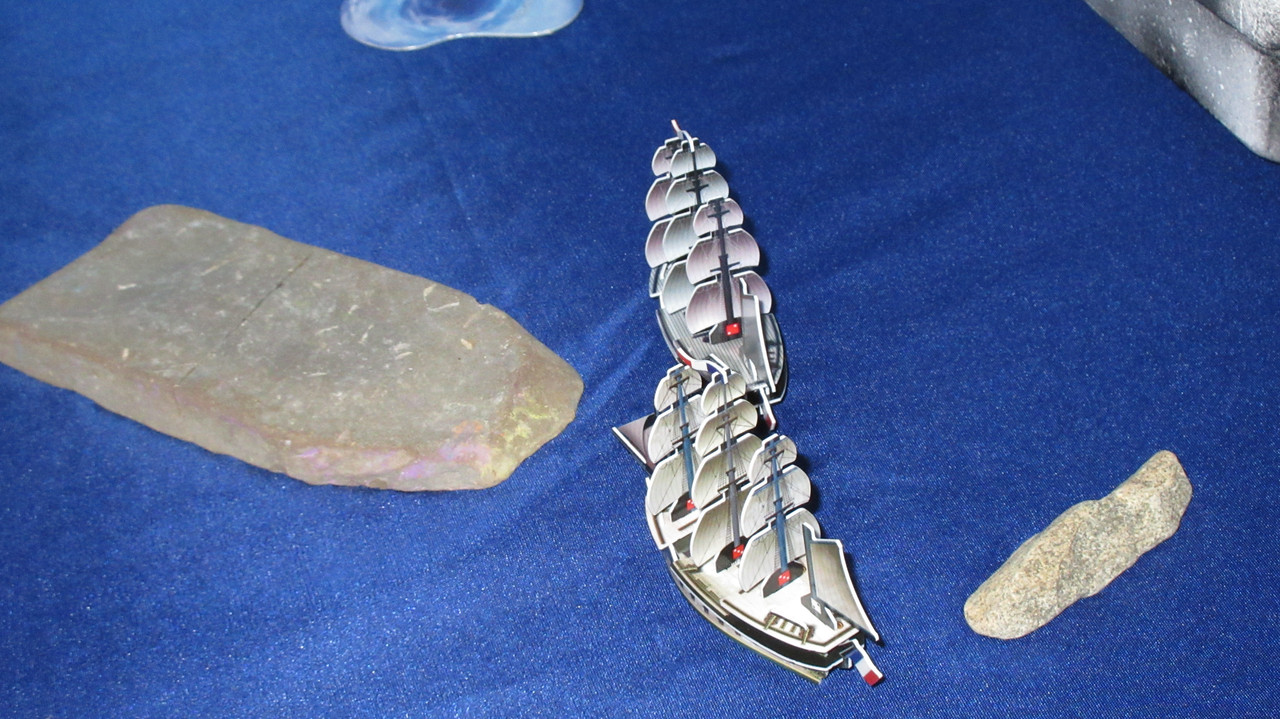 Ralph David steered the Freedom right back to the whirlpool near the American HI, and went through it to emerge with a lucky 2 from the same whirlpool that allowed RD to attack the Pirates from earlier! Now the Americans have a direct link from their whirlpool to this one, and will not have to roll for location when traveling between the two. Now the main question is: can Ralph David instill his hatred for Pirates in other American officers? 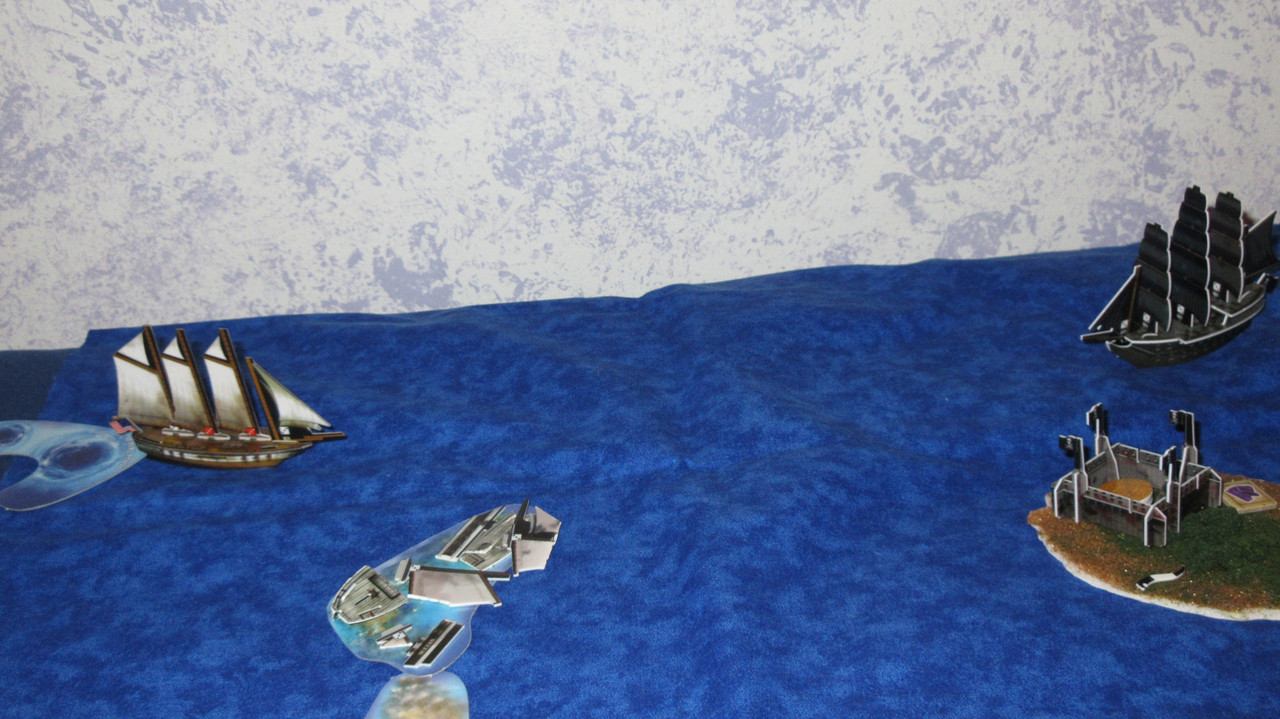 The Wasp doesn’t find any gold on the beach previously explored by the Bonhomme Richard, so her crew bravely ventures east and finds gold on an adjacent beach! 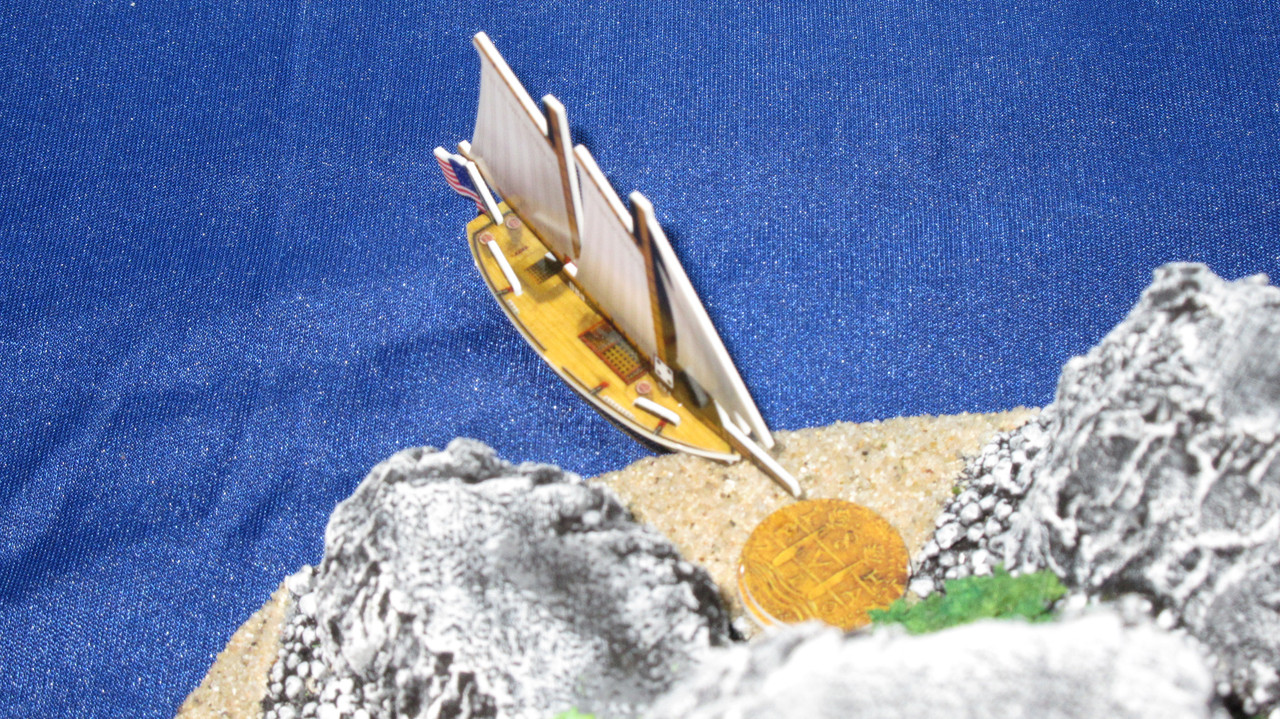 The Colonial Trader reaches Ruby Island, where her crew finds metals, a brand-new resource to the Sea of Karkuda! 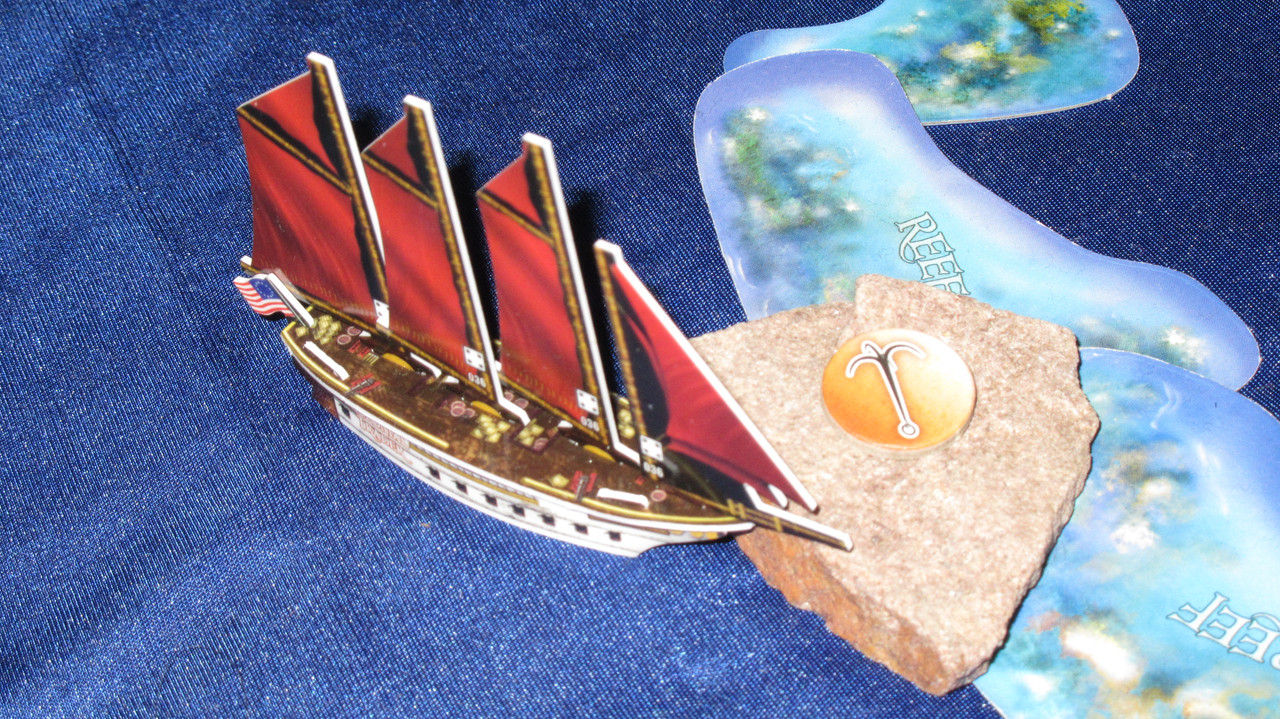 Similarly, the Bonhomme Richard finds luxuries on Luck Island! This resource was previously on Ruby Island and hasn’t been a valuable resource for much of the game, but the Americans are happy to have productive islands south of their HI again. 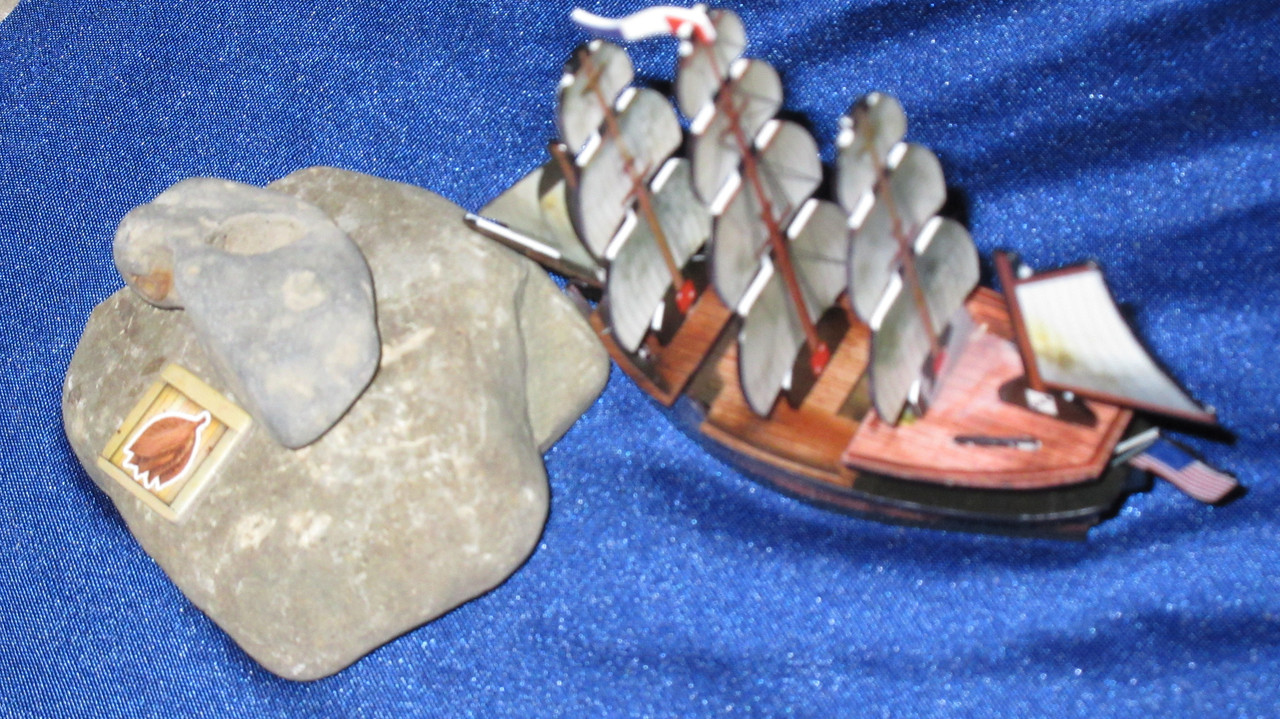 Even more importantly, the Congress finally succeeded in blowing up a reef!! This first-ever occurrence looks like it will change the dynamic around American waters, as the rest of Karkuda (possibly…) will now be open to American exploration without danger! 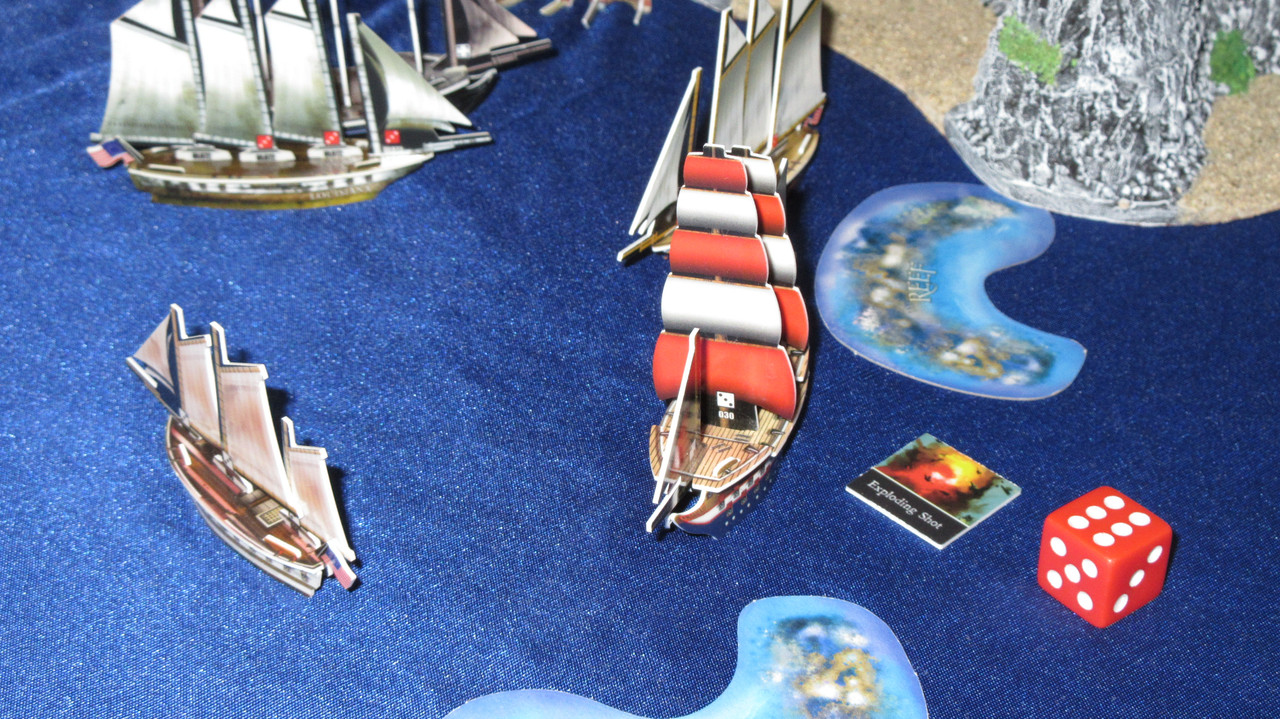 I won’t be able to play more than a turn tomorrow, but I’m generally hoping for at least 2 turns a day Wednesday-Saturday.