Turn 32 passed without incident, and this will be the shortest report so far.

The Pirates have a logjam, with 5 ships leaving the kingdom from the southern entrance while two ships are delayed in getting in. 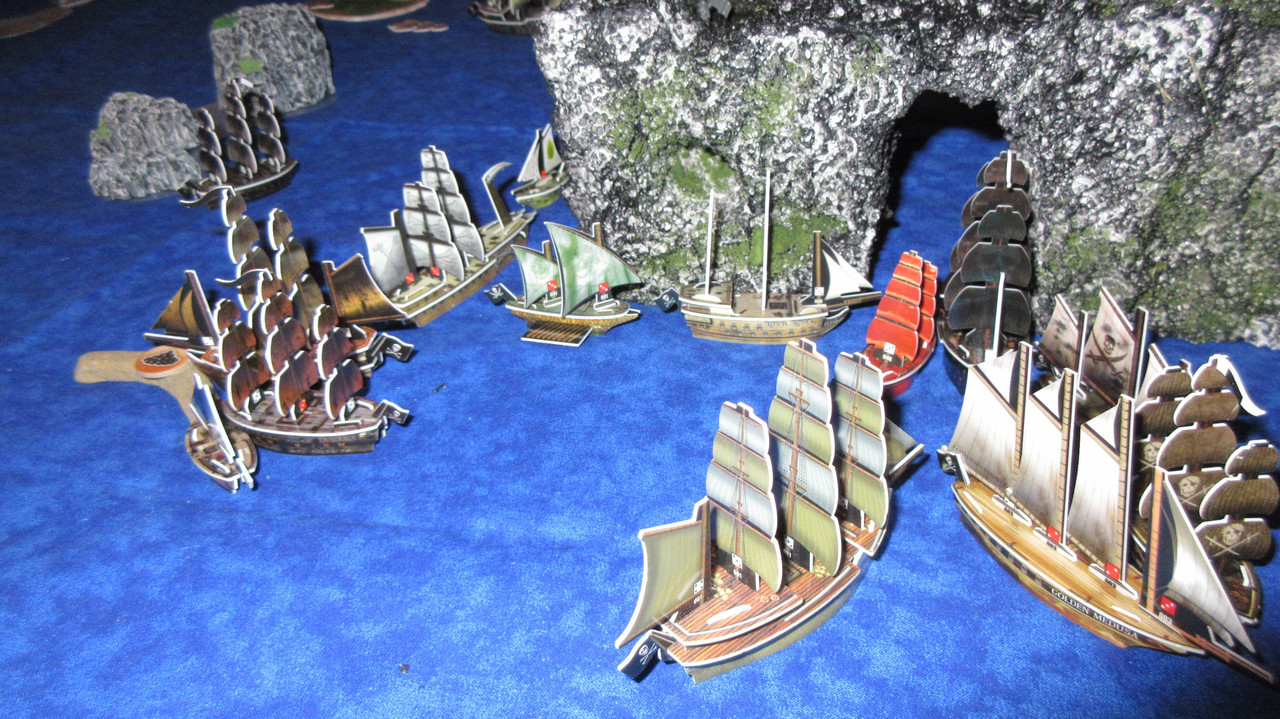 Jade Rebellion ships returning home for repairs and to unload textiles. At this point, in order to save time and not find and re-find coins over and over again for launchings and saving gold, I have begun to record HI gold tallies on an index card. As of now the Jades have 112 gold saved up in addition to those coins on their home island. 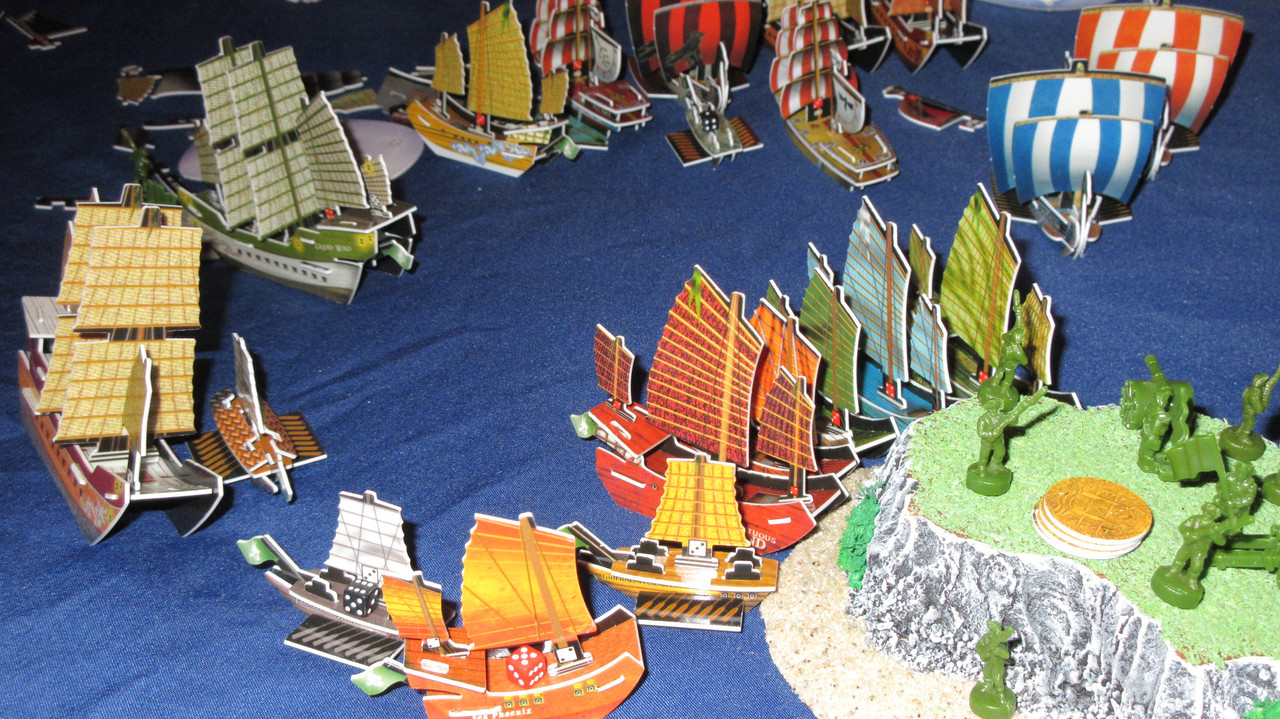 The Battle of Fog and Ice is officially over, with the Jades victorious. However, the Jades have a lot of repairs to carry out, thus why they’re returning to their HI rather than pressing their attack against an unknown enemy of unknown strength. Notice the icewrecks “fleeing” into the fog, including the newly possessed Clear Wind. 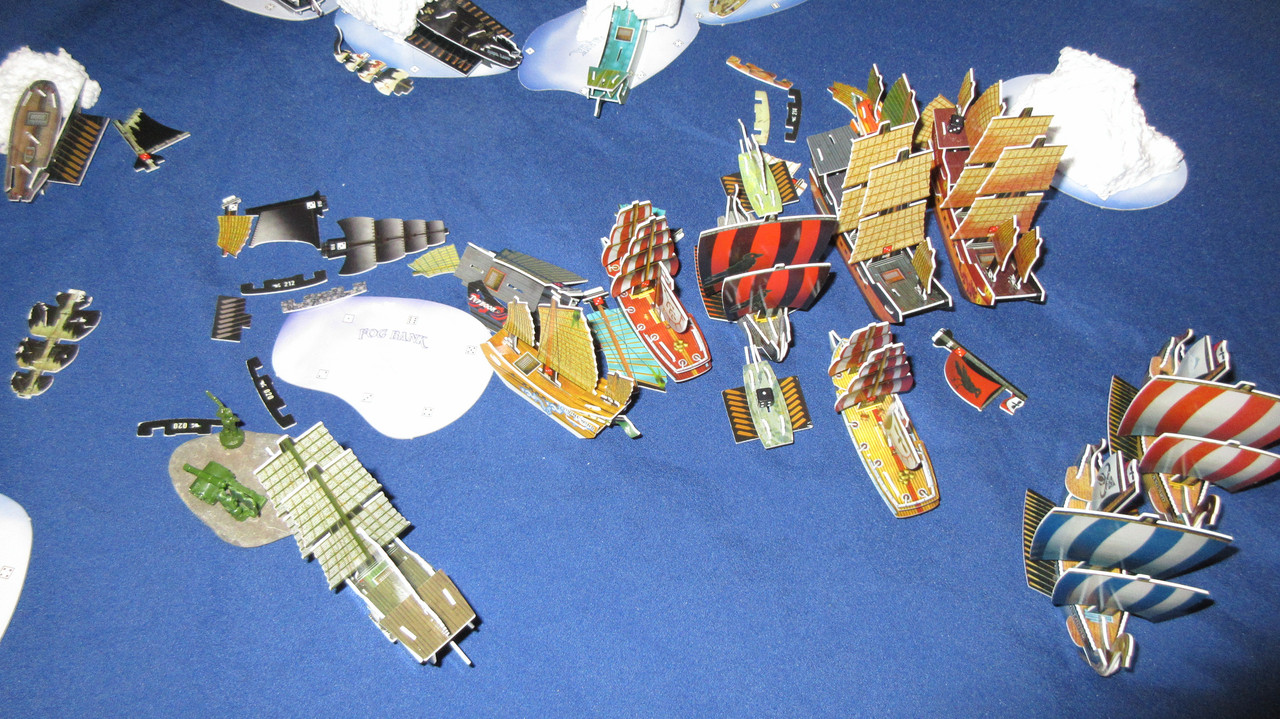 This is the somewhat complicated English crew logistics situation. The Lady Provost has docked at their HI, and Thomas Gunn has taken the helm of HMS Lord Algernon, the new English flagship whose crew complement is now complete. The Lady Provost still has the Burma’s old captain aboard, and he has now spent far more time as a passenger on the Viceroy and Lady Provost than as captain of his own Burma! XD The Starbuck is carrying a rope/cable with L length, which cost the same as the ladders. The Burma has used an explore action to take one of the strong cables and temporarily given her helmsman to the Starbuck. 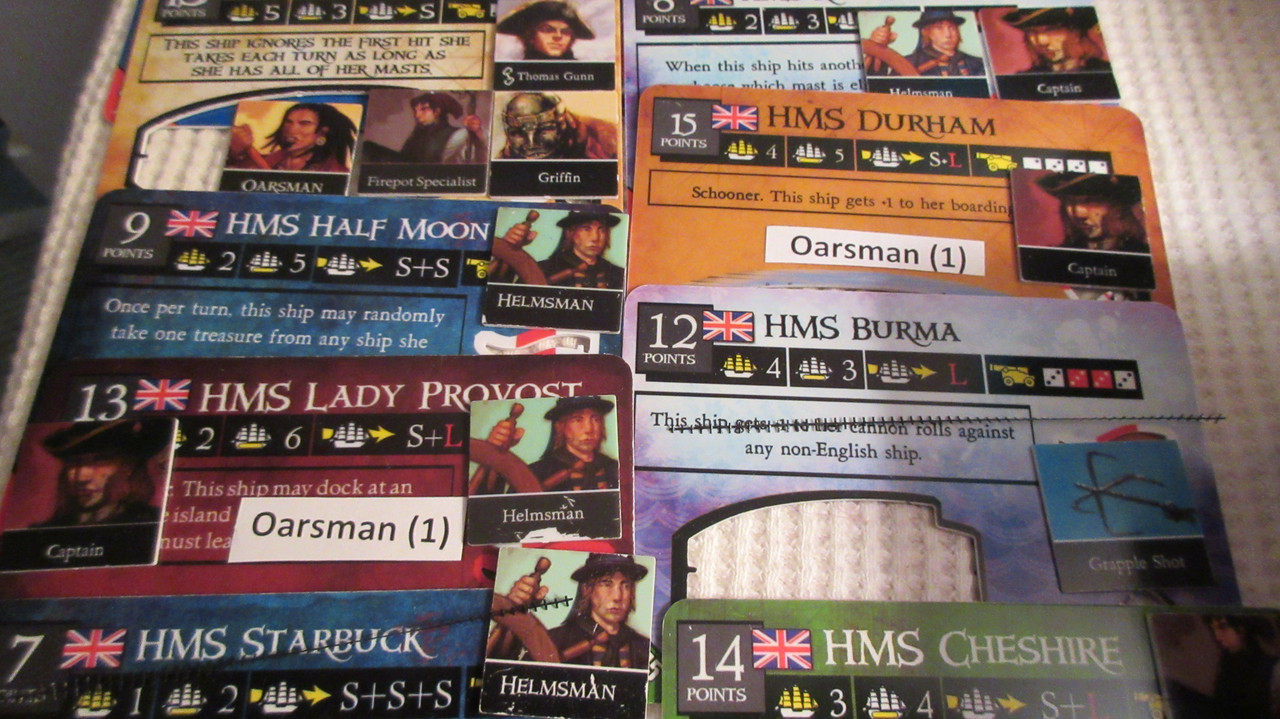 Those crew changes are represented here, but also notice how the English have gotten troops down the ladder from the summit of Diamond Rock to the cave halfway up! 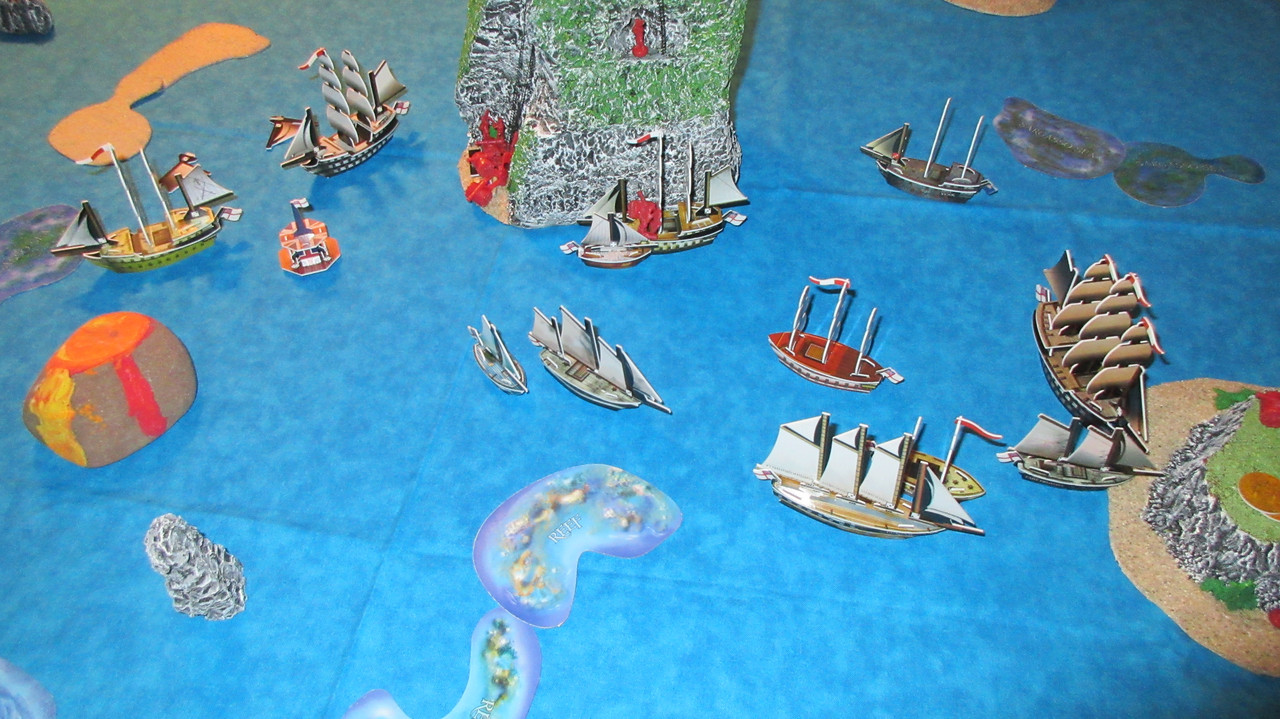 The Aguila docks home 4 metals, netting the Spanish 24 gold which they use to purchase El Galeon de Gibraltar with a captain, helmsman, cannoneer, and exploding shot. The Matthias Vospero will finish repairing next turn, at which point the Spanish will have 4 healthy warships ready to sail out. 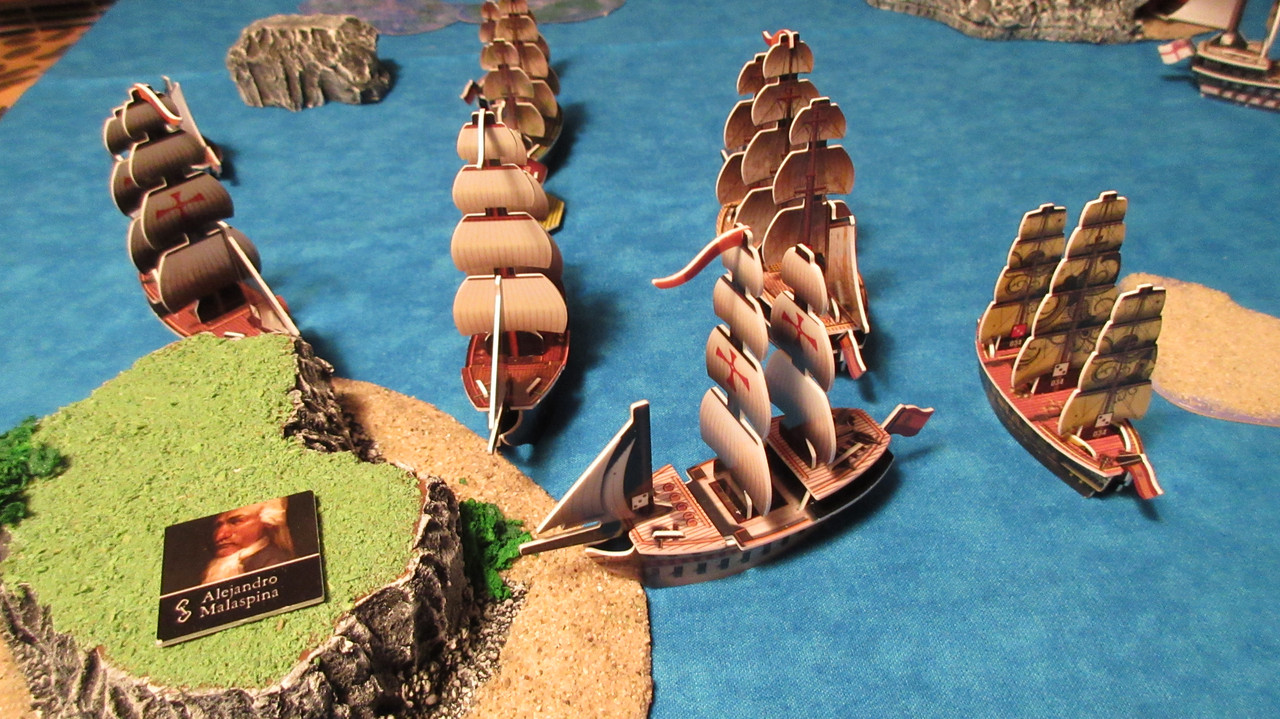 Nothing of note happened in the Sea of Karkuda this turn. I hope to play two turns tomorrow and one on Tuesday.