Theme music for this short BR!

The Cursed are up next! A plan is revealed! The romance of the seas has returned!!!!! Davy Jones copies Calypso’s ability!! 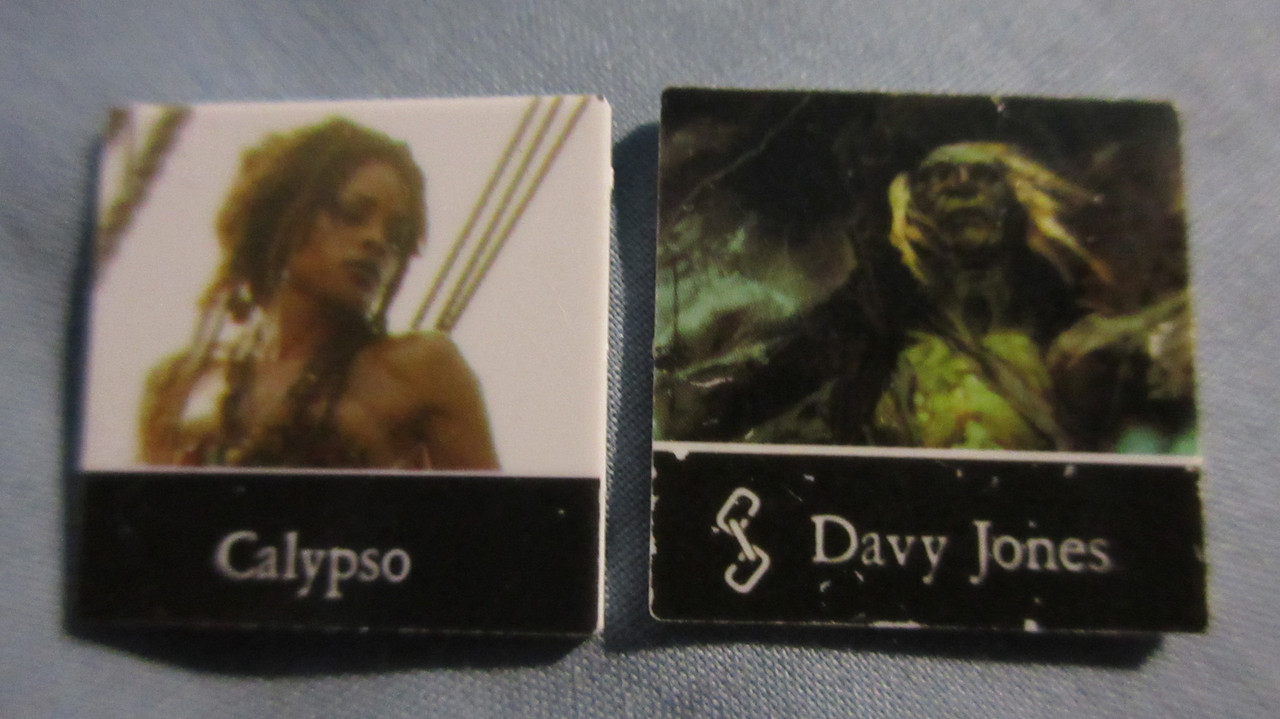 After failing for a couple turns, the roll is finally successful! A whirlpool appears within L of the Guichuan at the Roost!! 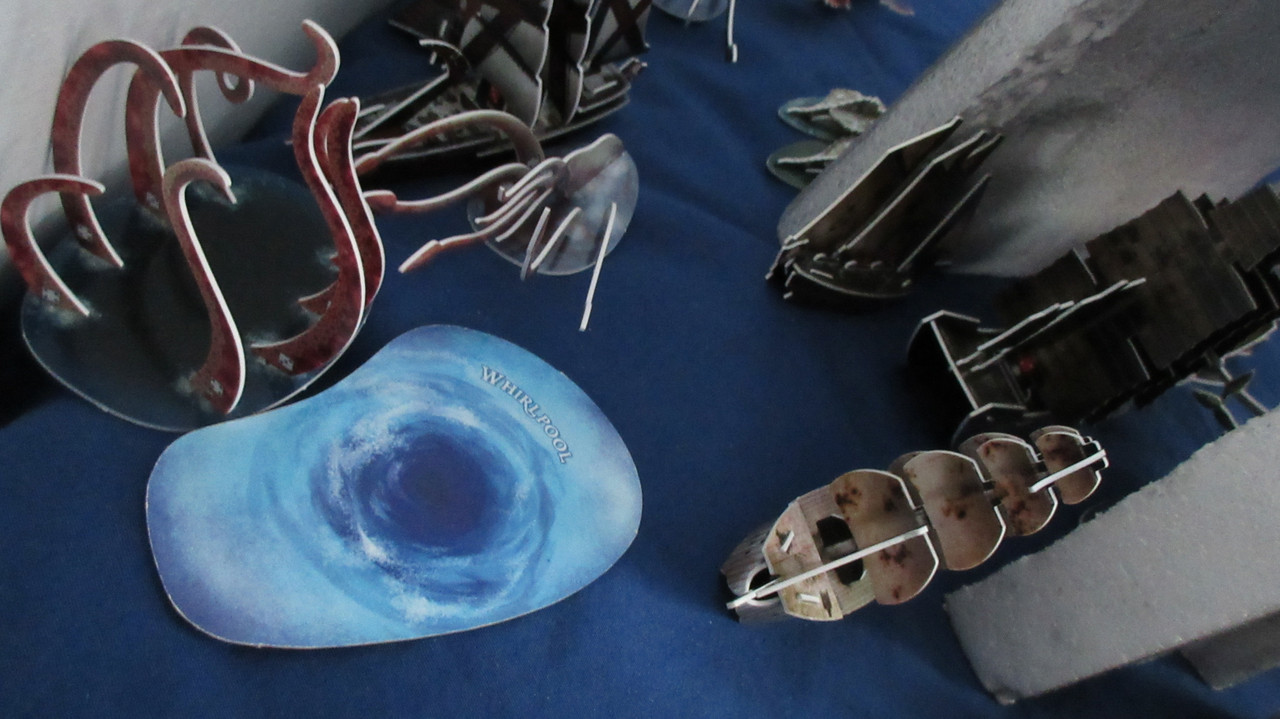 Now the main question would be: where will the other whirlpool be placed?? It must be within L of a wild island… with the Eye, the Cursed can see everything on all the oceans!! Therefore they know where to put the whirlpool near any wild island they choose!! 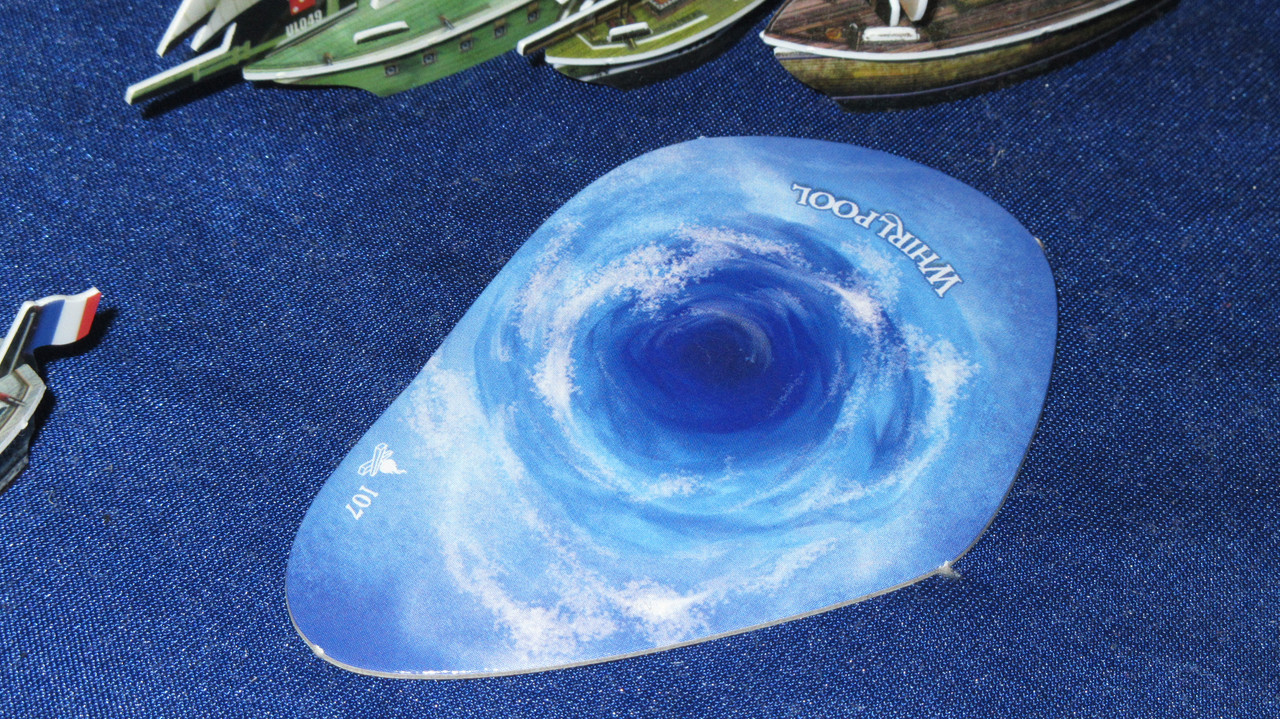 With a frothing swirl of seawater, the second whirlpool is created by Davy Jones/Calypso in the Sea of Karkuda!! It’s near the French food island and almost right at the entrance to the Harbor!! O_O 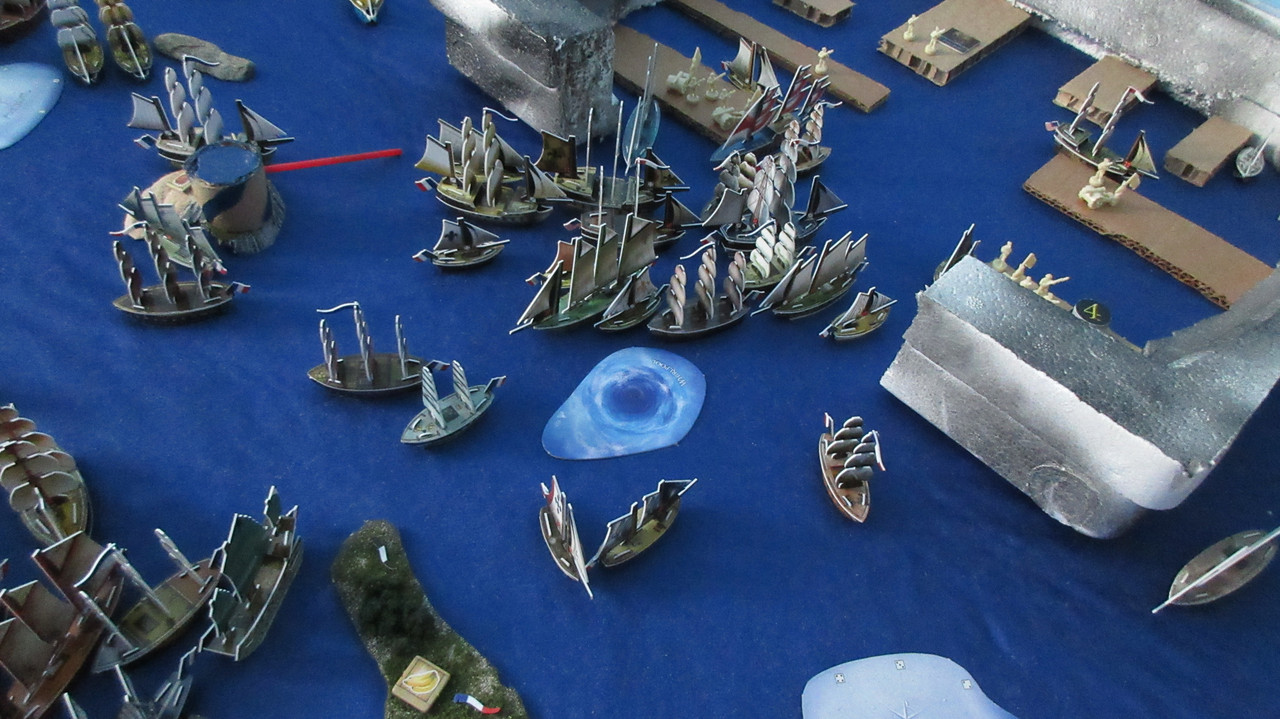 Shal-Bala is here!! Flying all the way to the Sea of Karkuda, the dragon arrives with a hideous screech!! 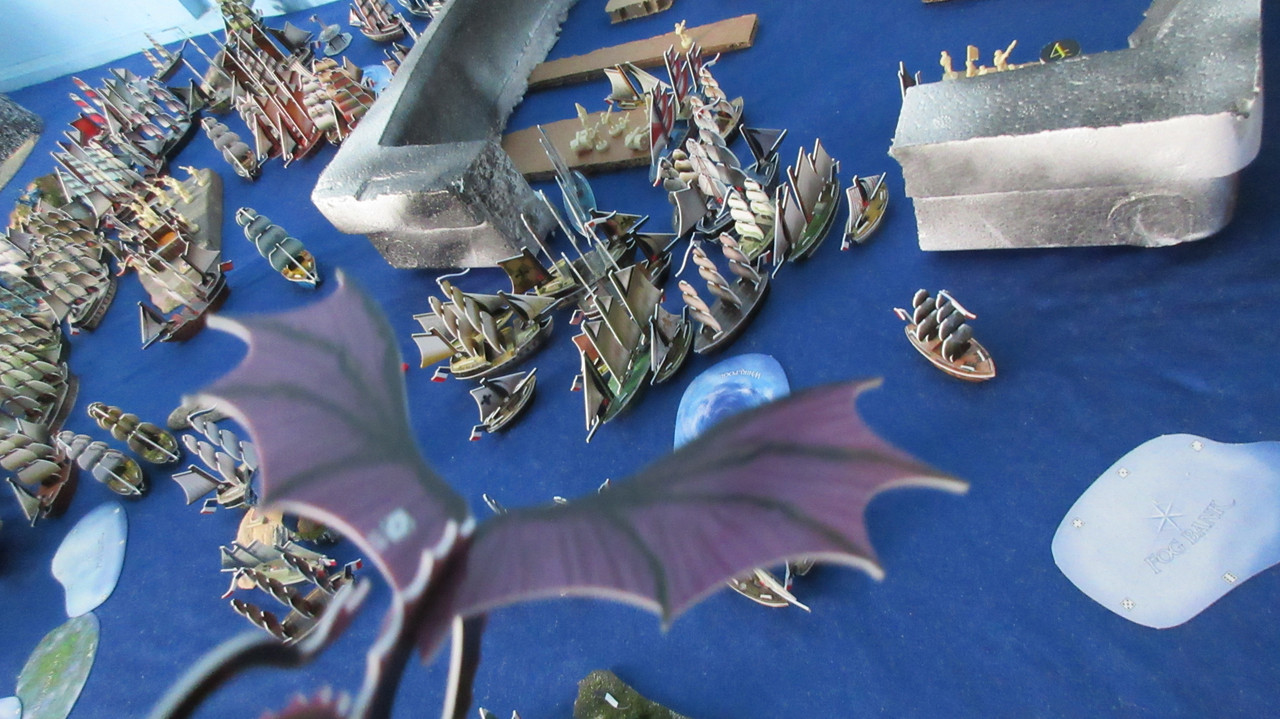 Beating its huge wings and launching itself at French ships, Shal-Bala tosses them away from the whirlpool!! 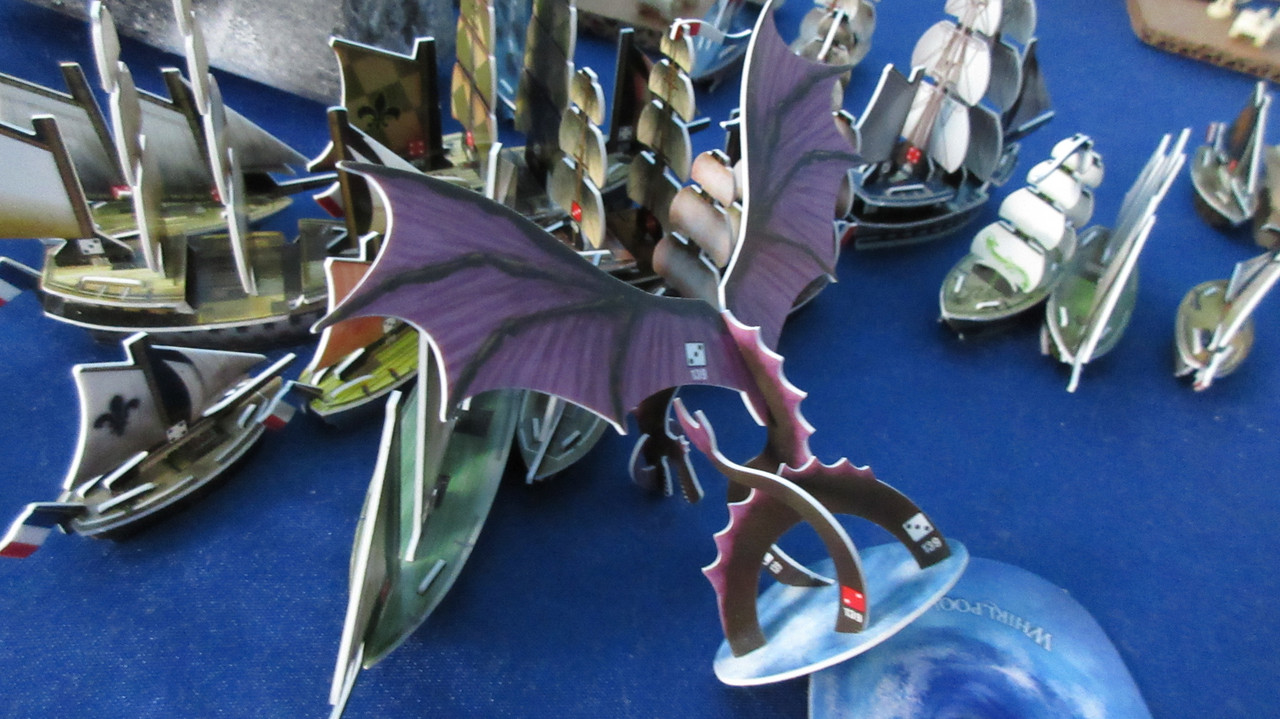 The dragon raises its wings in triumph, with most of the French ships out of the way… 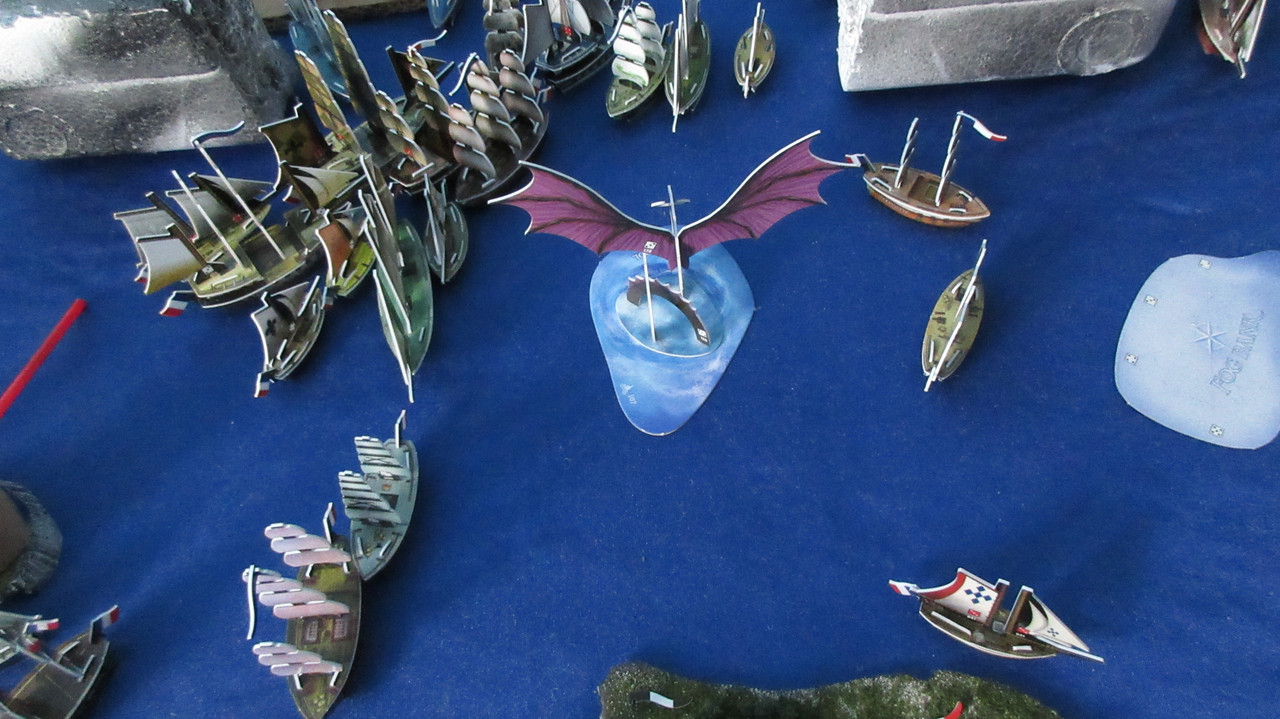 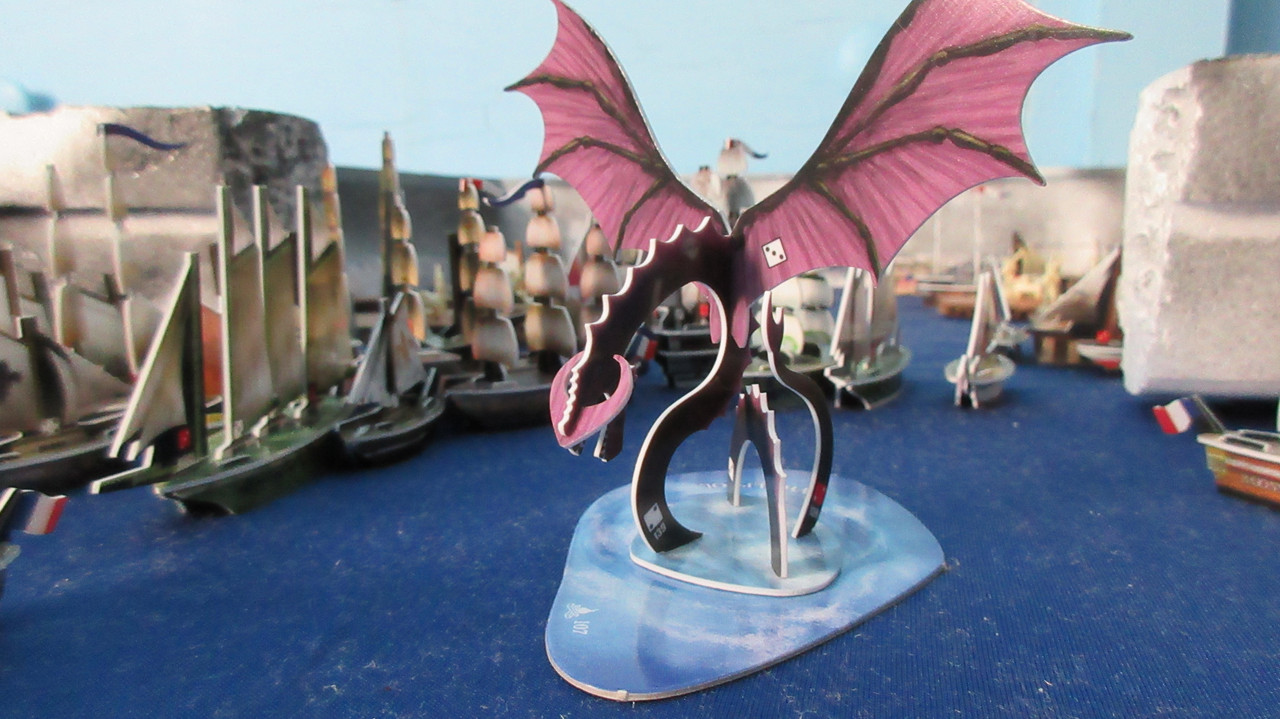 THE CURSED ARE HERE!!!!!!!! O_O In an utter shock to the French, the Cursed have arrived in the Sea of Karkuda!! No less than 10 ships come through the whirlpool, not counting the Silver Coffin flotilla. Fantasma himself leads the squadron from the Divine Dragon! 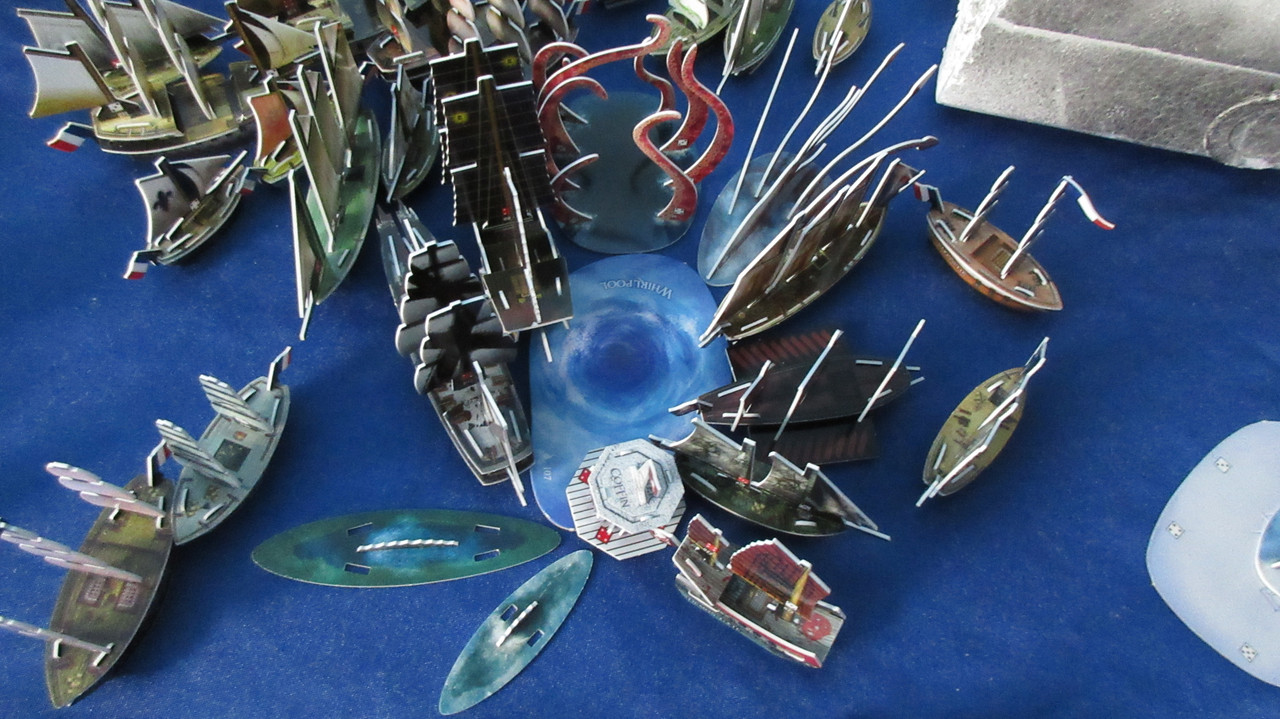 From inside the Harbor walls: the French have a Cursed Invasion right on their doorstep!! 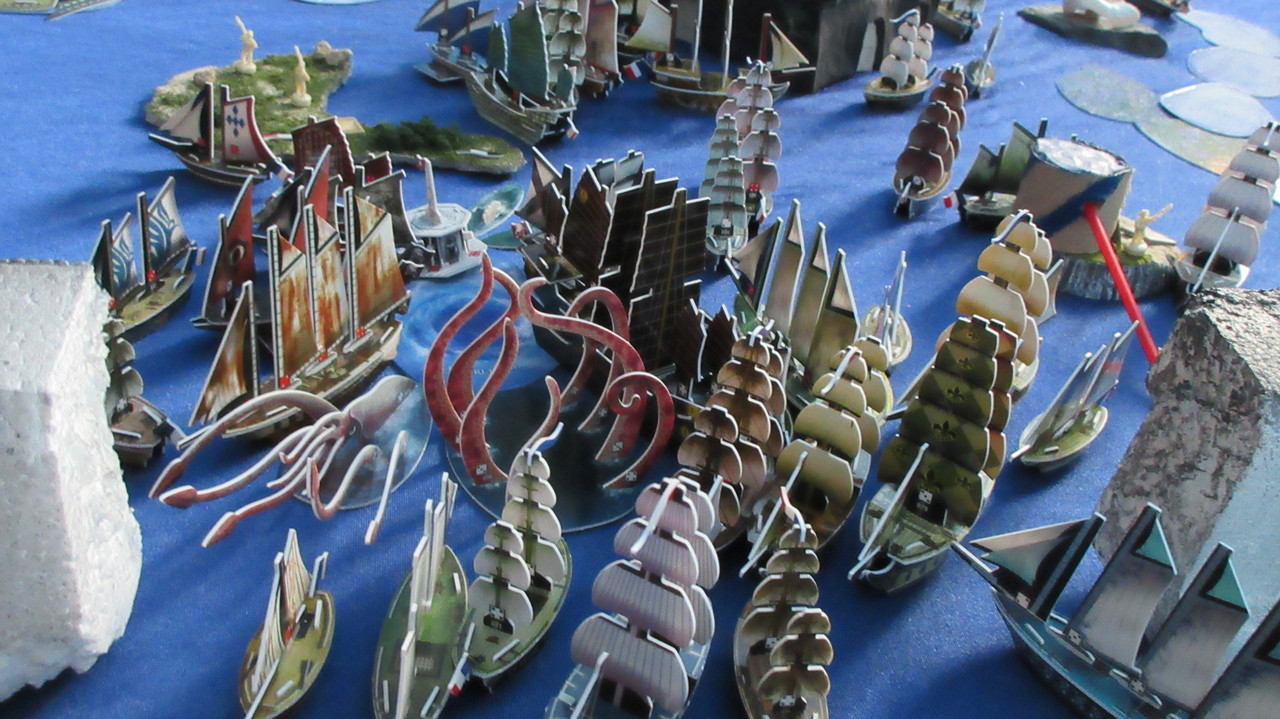 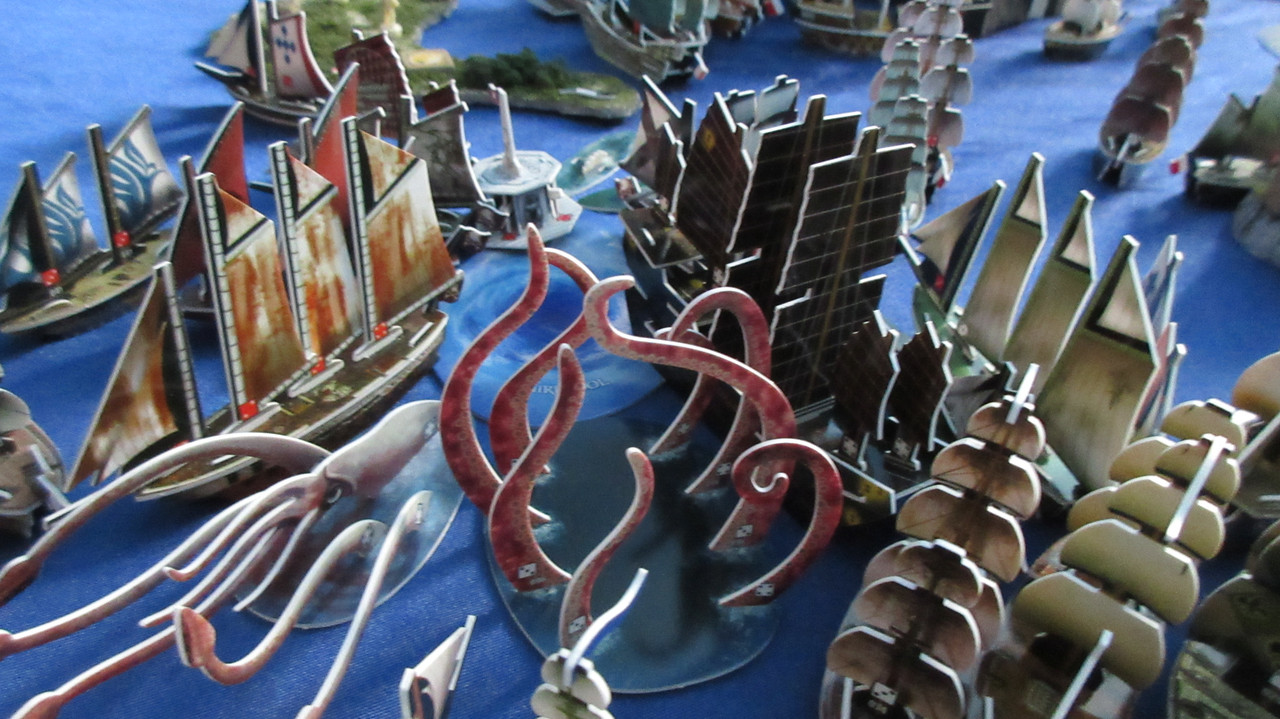 Using the Kraken ability to “chain” between ships, Terrox surrounds the Geographe! 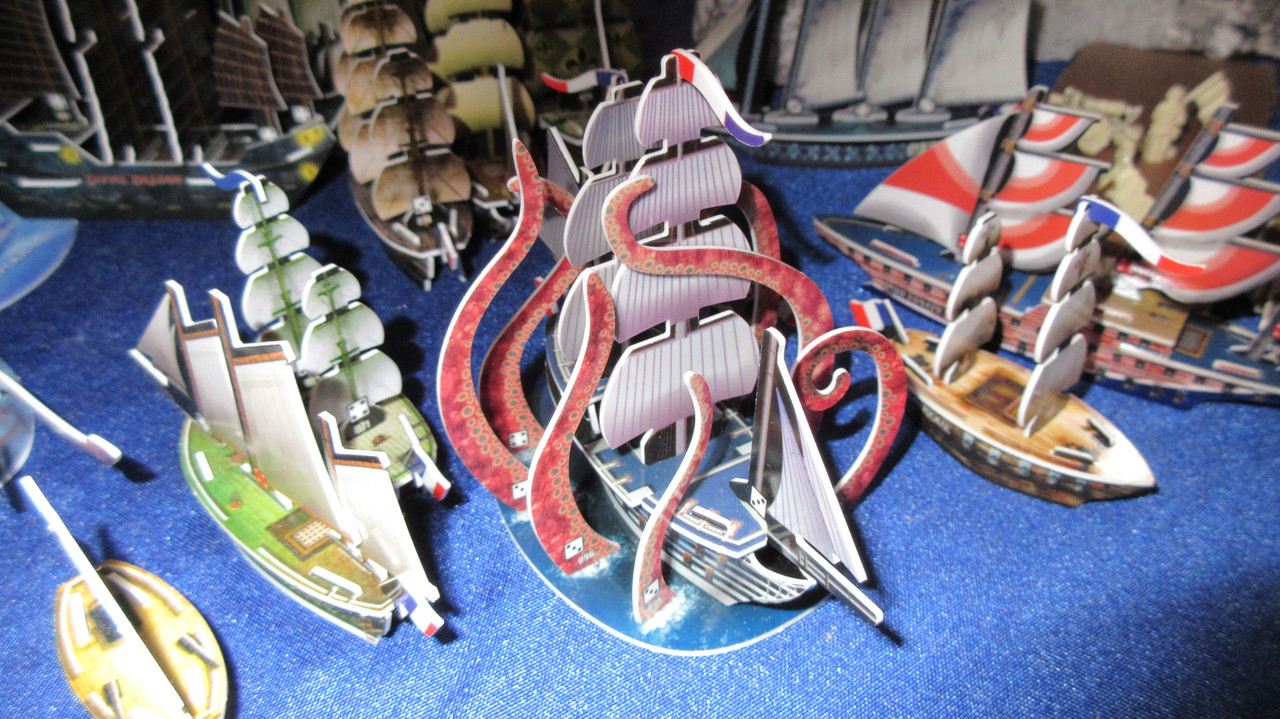 In a flash the kraken is nearly inside the Harbor walls! 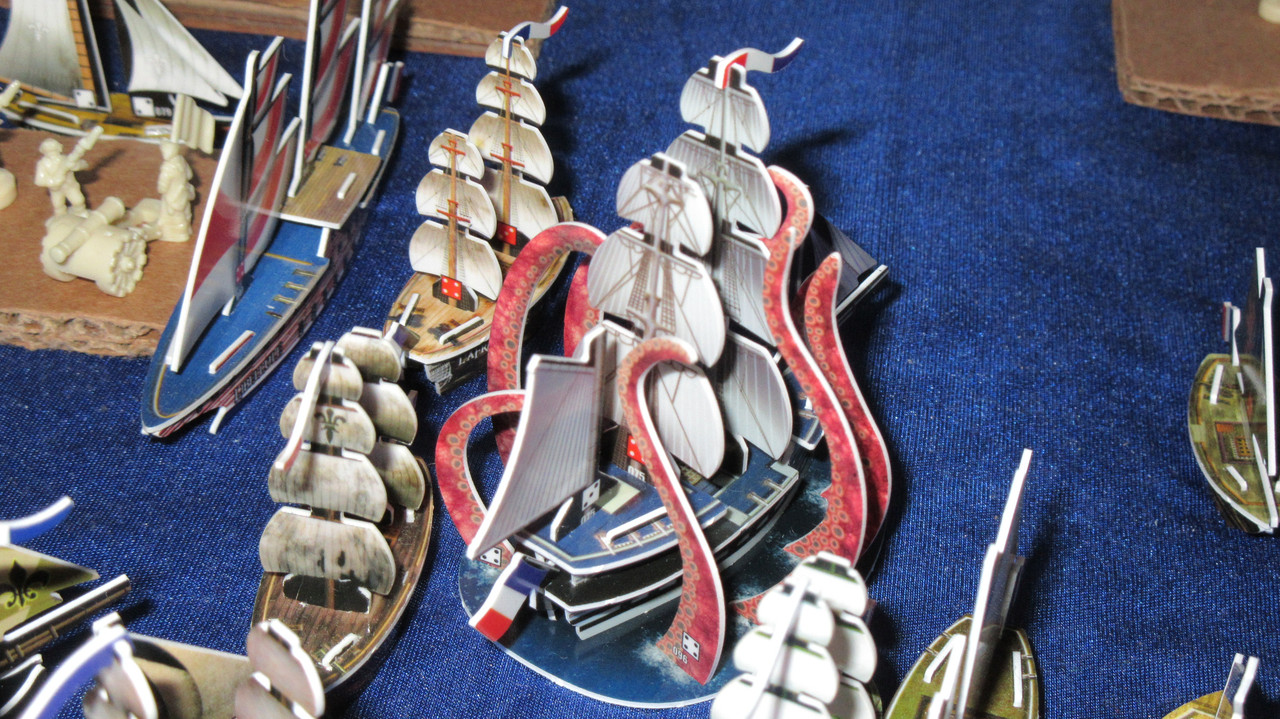 Terrox’s advance makes room for more of the Cursed horde! The Leviathan, Nightmare, and Hellfire emerge from Allost, making it a 13-ship squadron that has arrived on this turn. 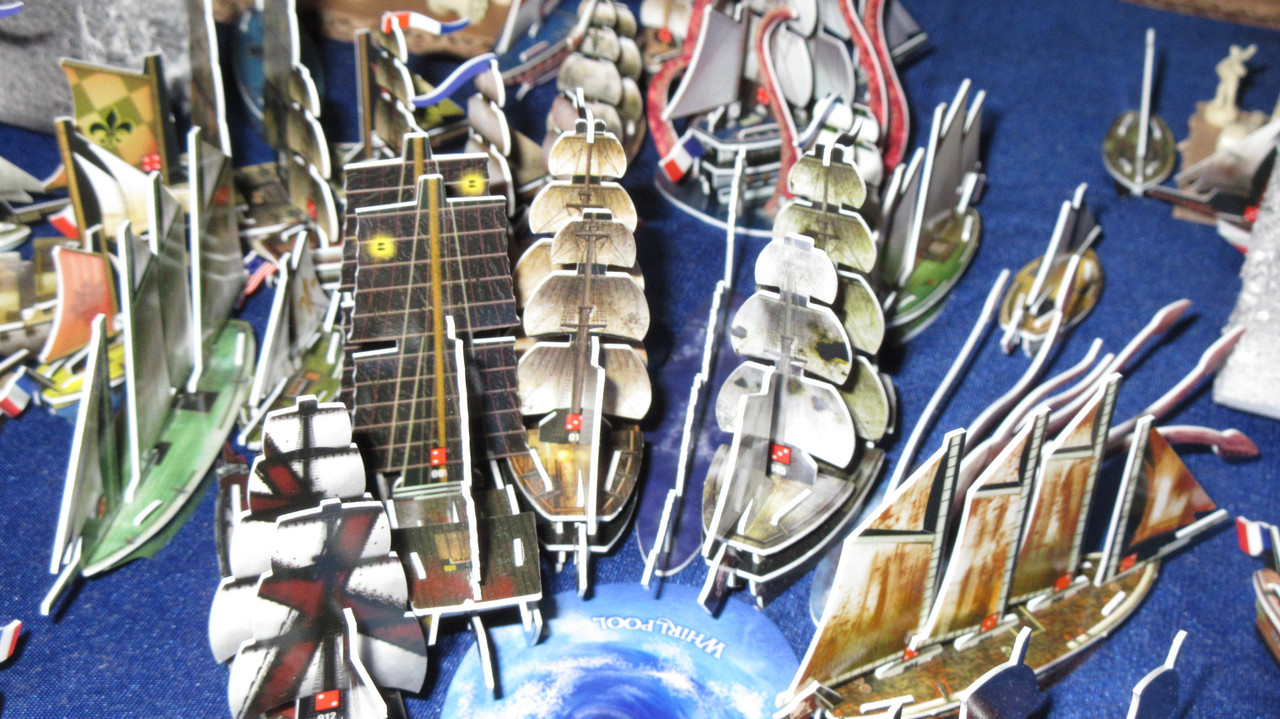 At Broken Horn Island, the Cursed are elated to find food instead of lumber! With the current resource values (lumber 1 and food 4), this will certainly help their launching efforts. At the upper right, many more gunships and creatures are preparing to take the plunge next turn…. 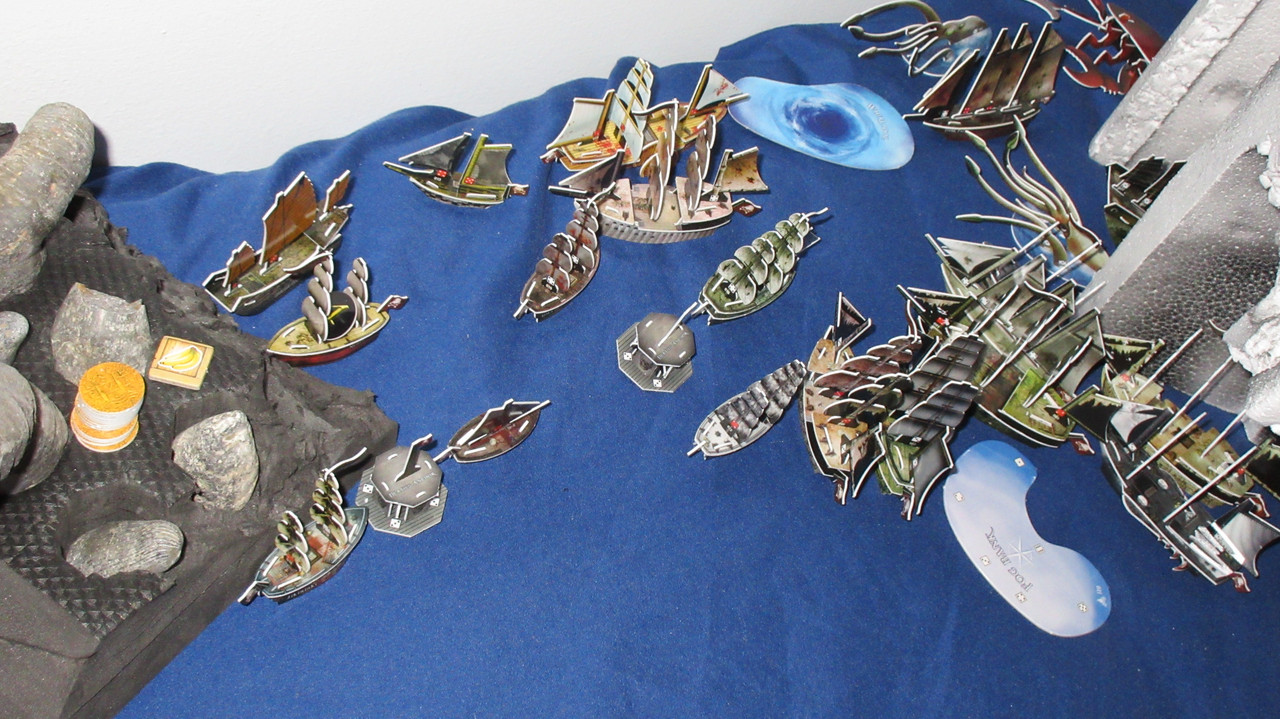