The Pirates pounce on the Metal Dragon and Zephyr! After those English ships came through the whirlpool closest to the kingdom, the Pirates predictably tried to take them out. However, the Metal Dragon barely has a mast standing and will likely return to Caribbean waters next turn. This will only serve to make English-Pirate relations even worse than they already were. 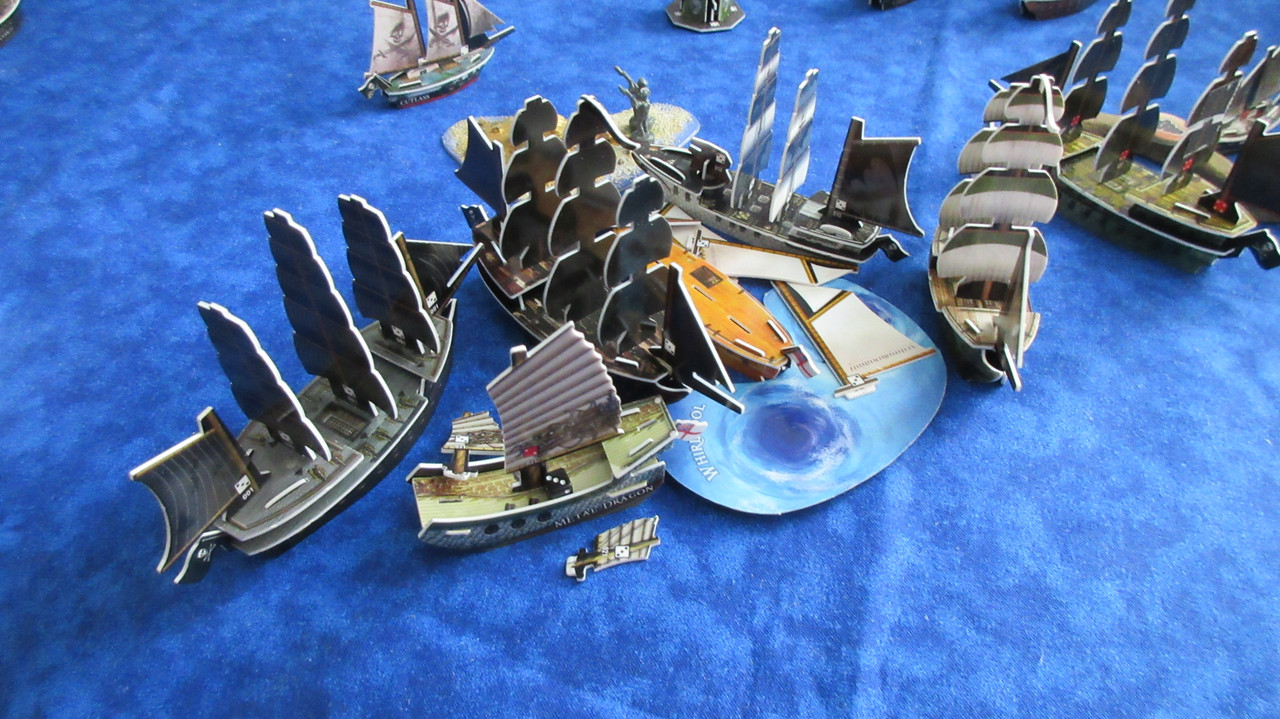 In the ridiculously crowded American-Pirate-English battlefield, the Pirates manage to get two 4 masters through the whirlpool and into Karkuda. The Thirty Tyrants and Jape are back! After being defeated and captured by the Americans in the first battle of this whirlpool, they have returned for revenge. What’s left of Pirate cannons in the area actually shot pretty well this turn, with the Springfield, St. George and Resolution losing masts. Two of the three Minuteman flotillas had their flags knocked off. In the first Pirate scuttle attempt in this battle, the Devil’s Kiss failed her roll. However, the Pirates aren’t likely to scuttle their more valuable gunships, since they don’t want to lose them for the rest of the game. It’s such a messy logjam right now that some ships on both sides cannot even be given actions on their turn, whether move OR shoot! O_O 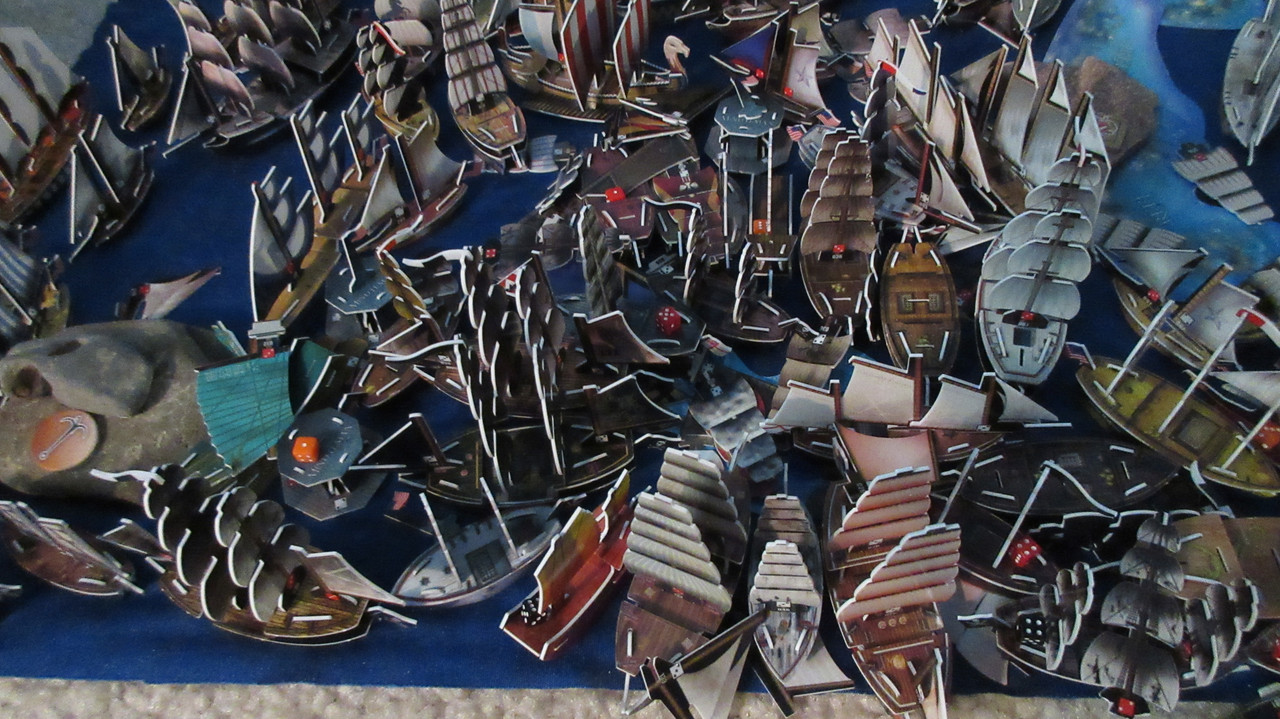 El Dorado returns to Allost, as the Pirates don’t want to lose her ability. Her captain informs the waiting Pirates that the battle is going poorly but sheer numbers may help in the long run. However, with no more room at the whirlpool, these Pirate gunships are stuck here for now. 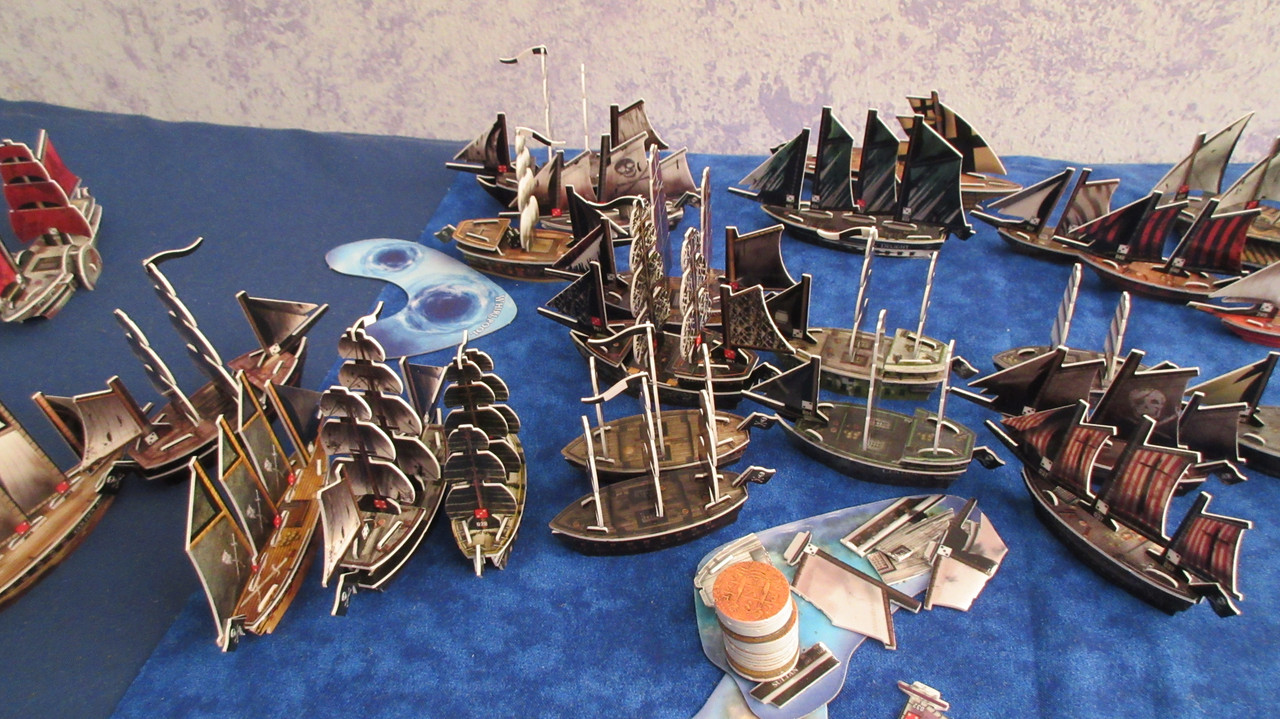 The Pirates have done it! The Celtic Fury hoists a ladder from one of her main masts and it reaches the ceiling of the Tunnel!! 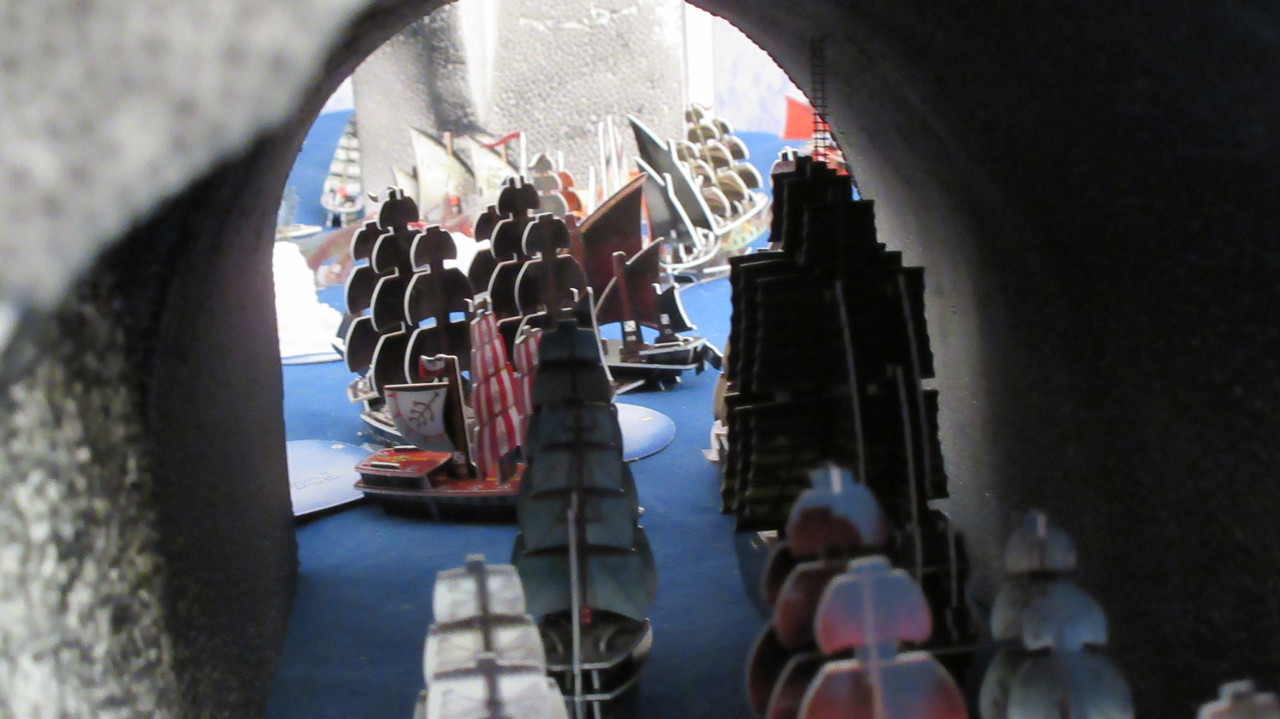 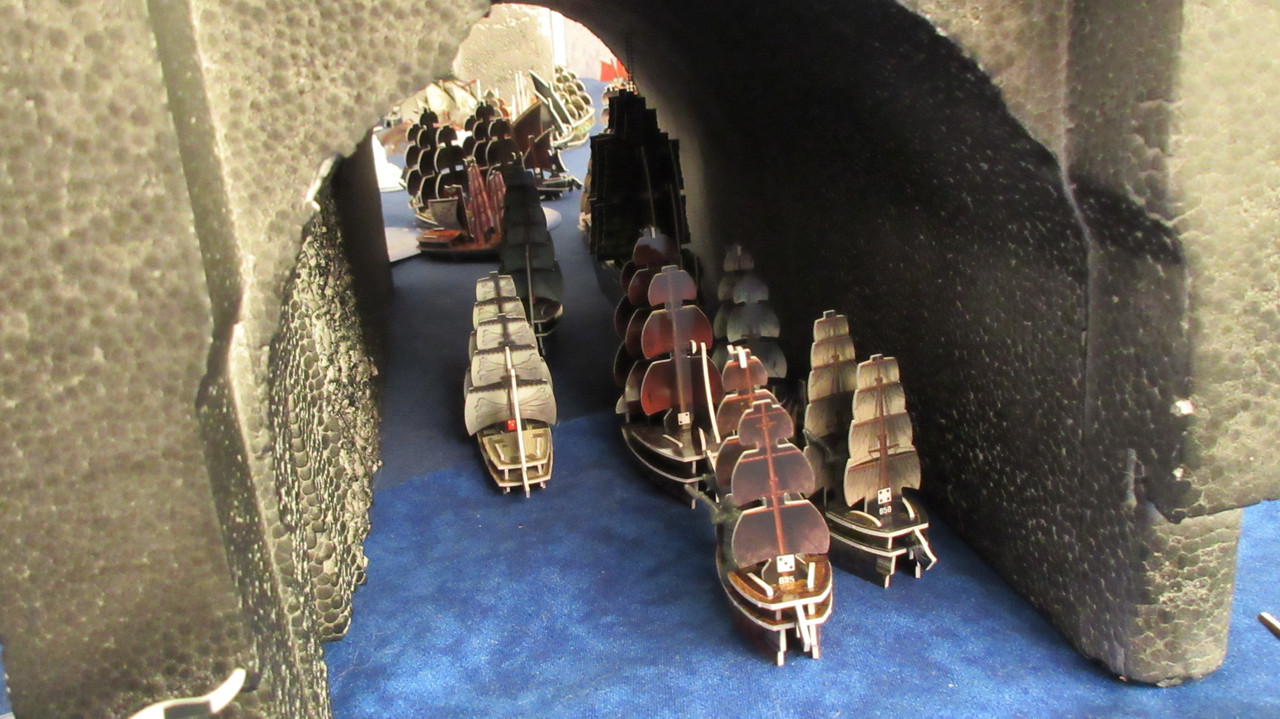 Didn’t mean for this one to have such a contrast in the foreground vs. background, but the flash made that happen. 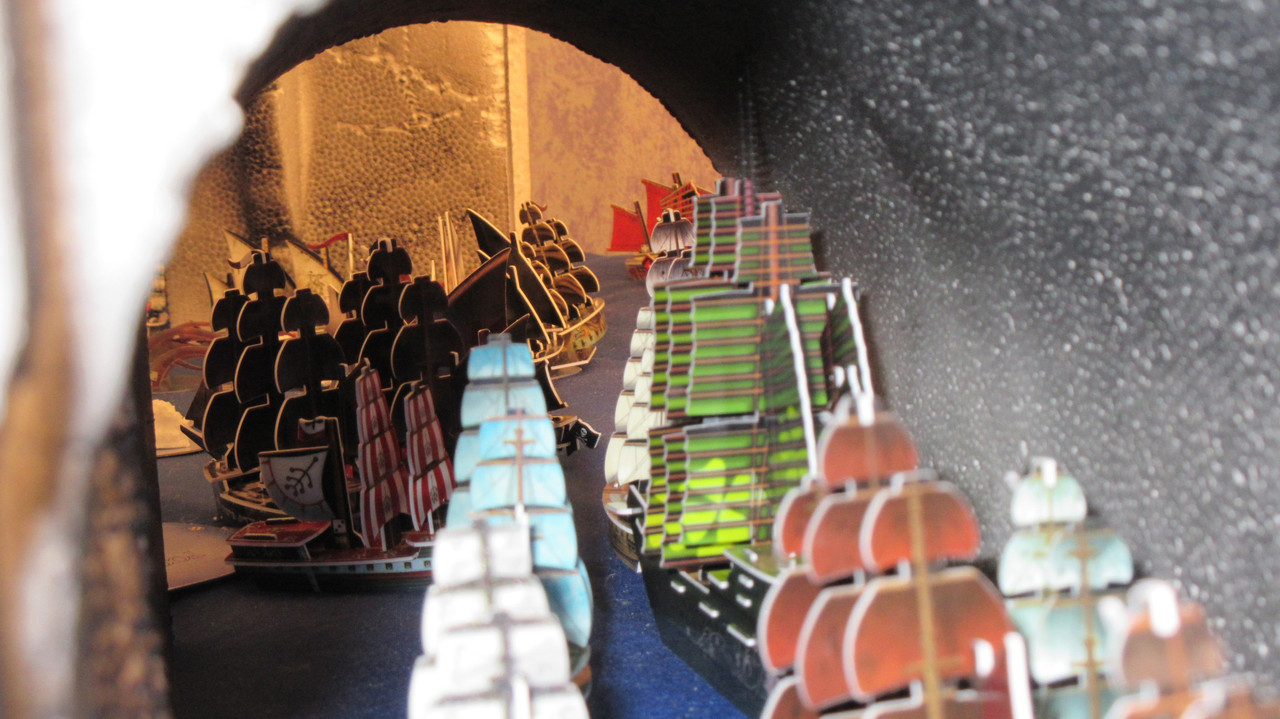 The Pirates have the only ship type in the entire game tall enough to reach the top of the Tunnel: a 10 masted junk! O’Brien’s betrayal of Captain Nemo is paying big dividends for Captain Mission, who was stuck in his operations at the Tunnel before she showed up. 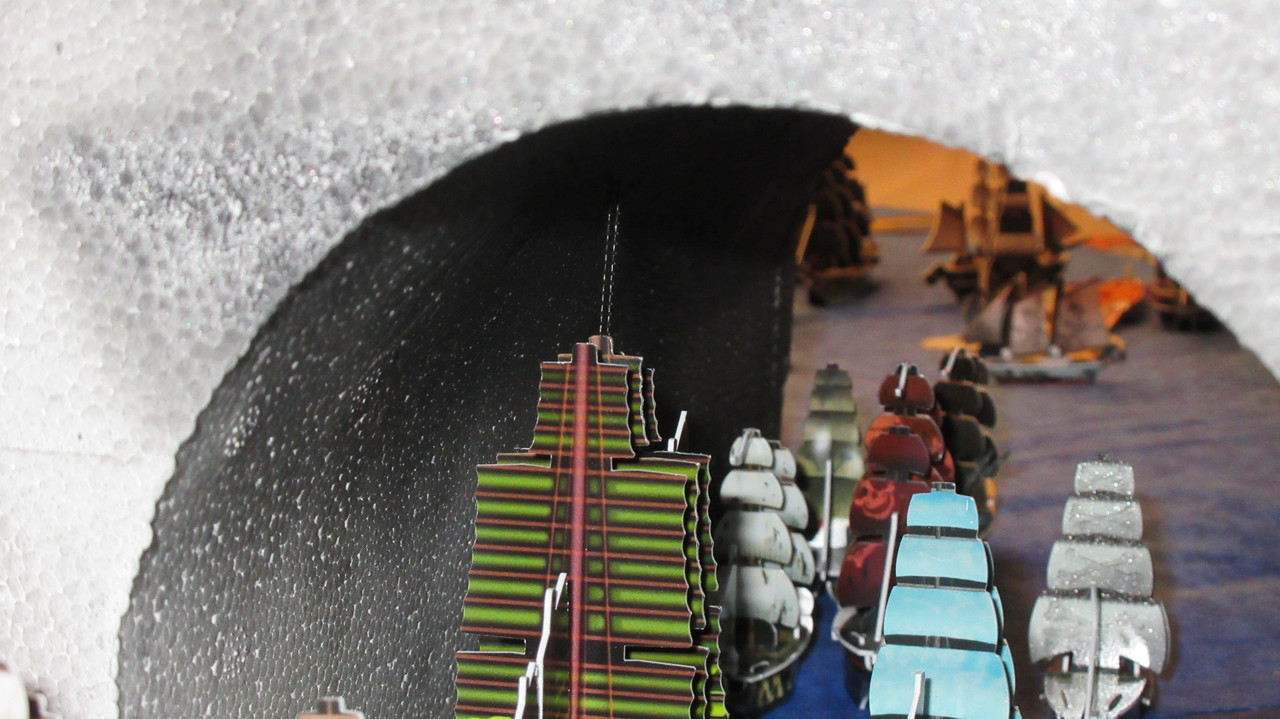 I love this picture, since it’s from a rare (and difficult) angle and really shows the scale and size of the Tunnel. It’s a big and imposing natural structure, and this picture does it justice better than most of the others. Imagine being in the crow’s nest on one of these large sailing ships and seeing what you see here! O_O At the left you can also see some of the Pirate ships waiting at the whirlpool. 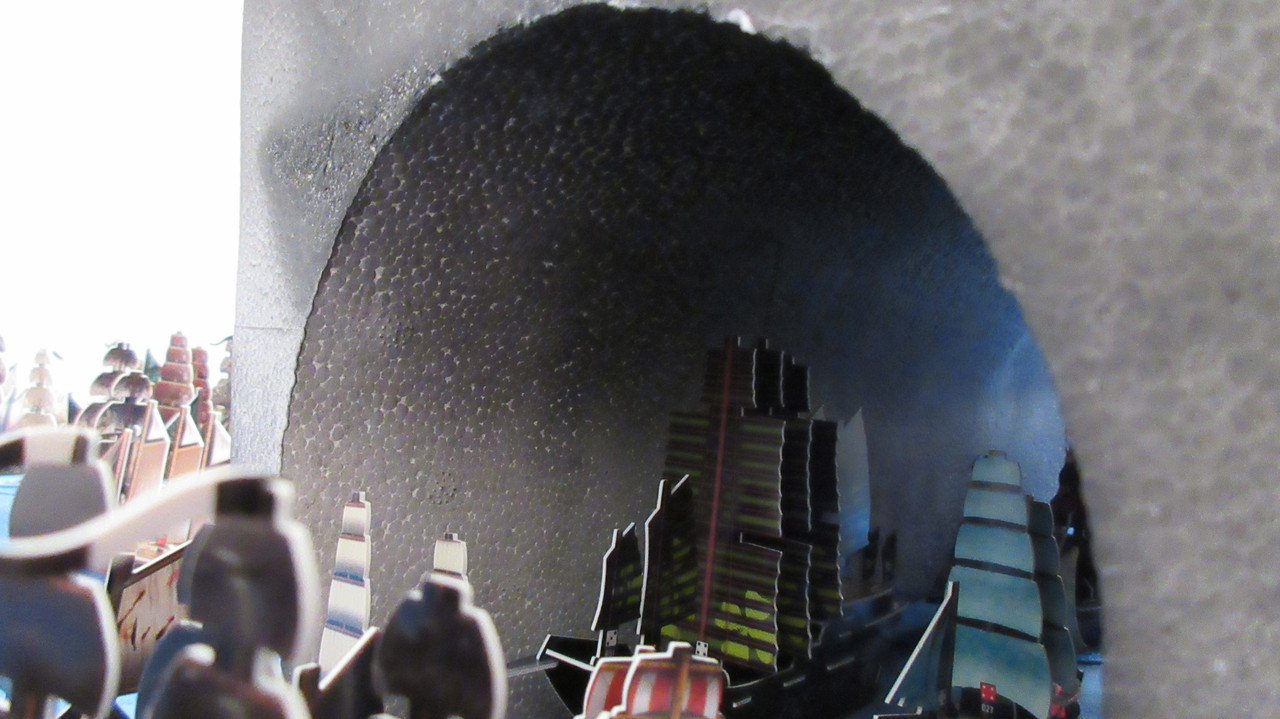 The Jades spend all of their 231 remaining gold on 14 new Barbary Corsair ships! 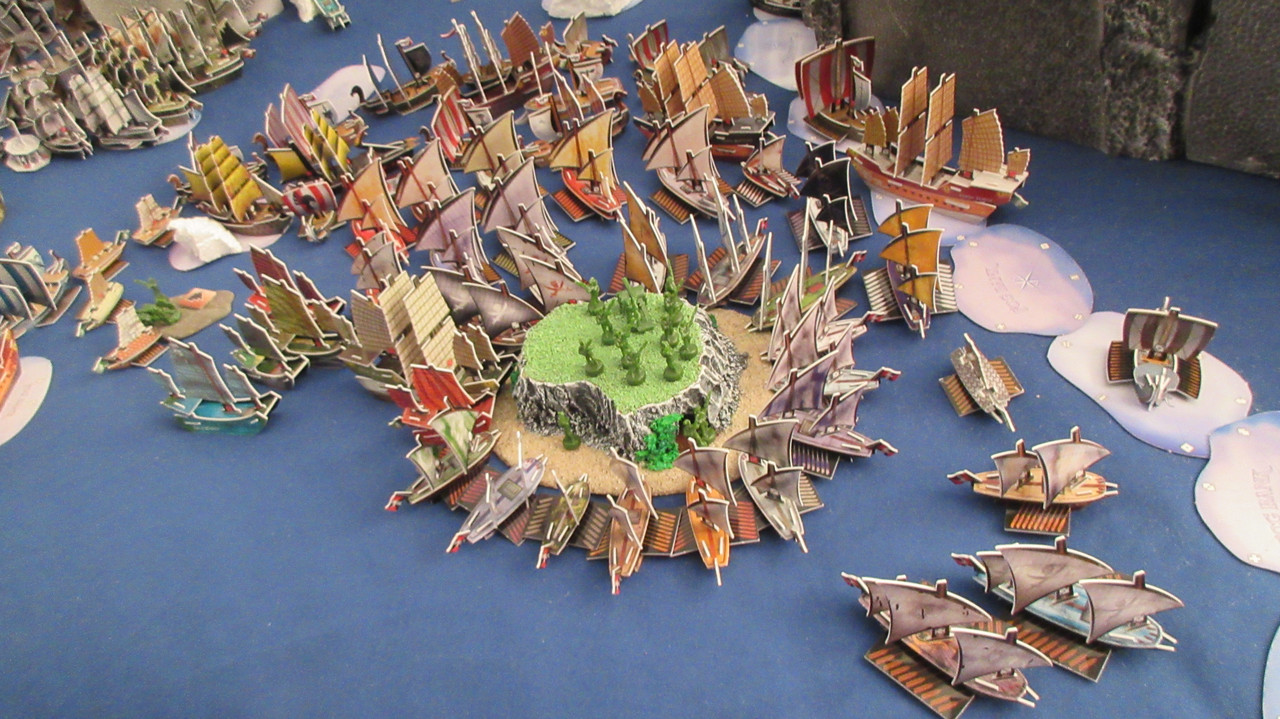 Here are the impressive crew setups on the various vessels. At this point the Jades have launched nearly all the Jade Rebellion, Viking, and Barbary Corsair ships in the game. 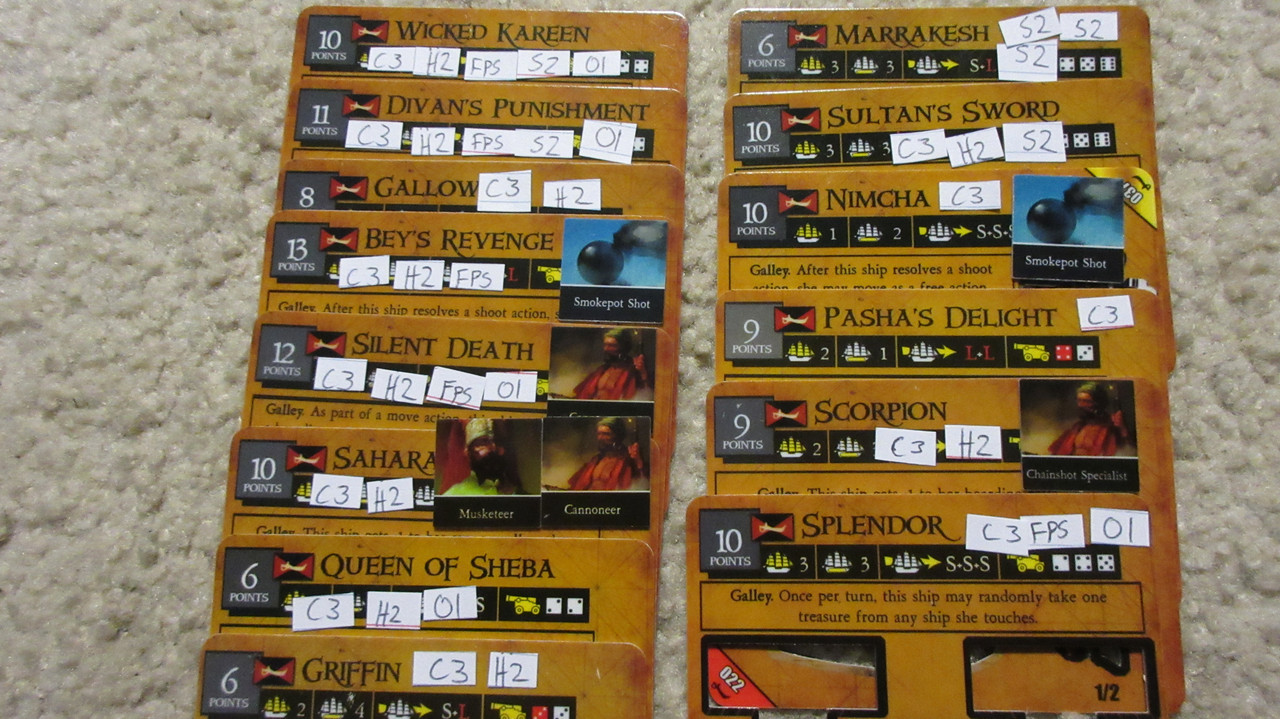 A VERY impressive fleet, which also makes the western half of Allost more crowded than ever! Perhaps they will soon recommence hostilities against the Cursed? 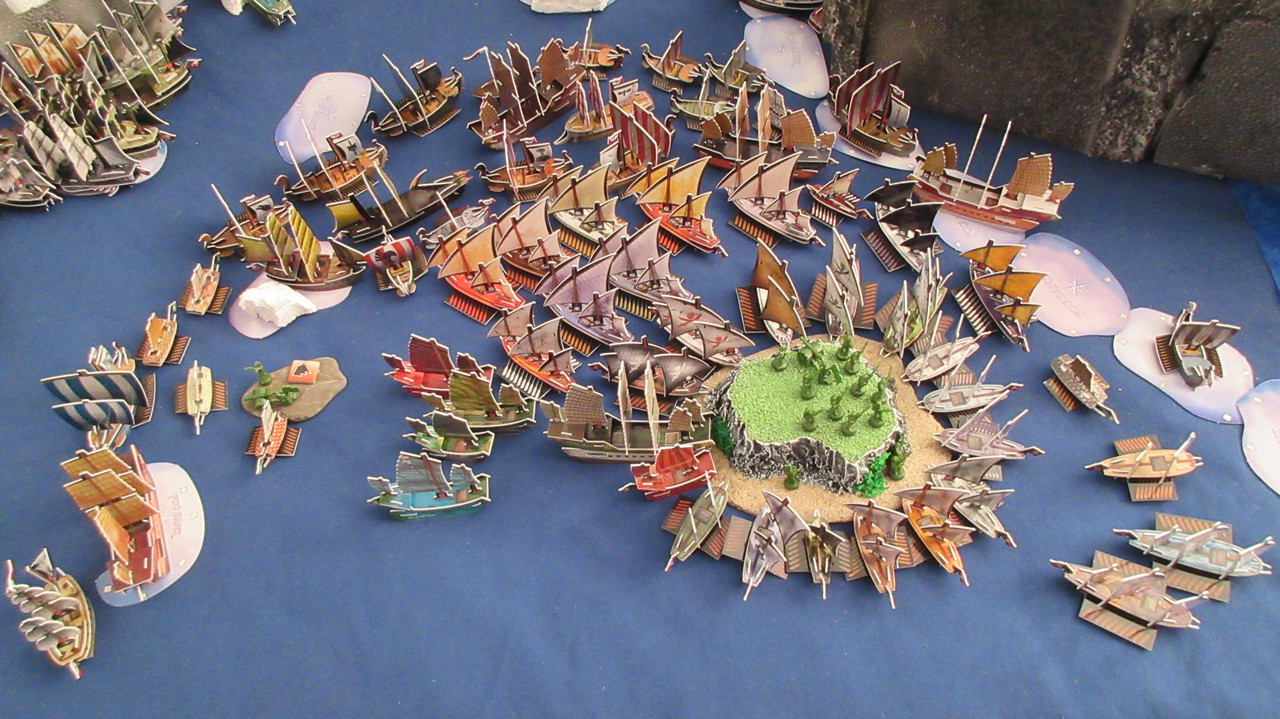 I actually like this picture better since I find it more impressive. The Jades certainly have the prettiest and most colorful fleet, and this is a great shot that shows what the minor factions are capable of. 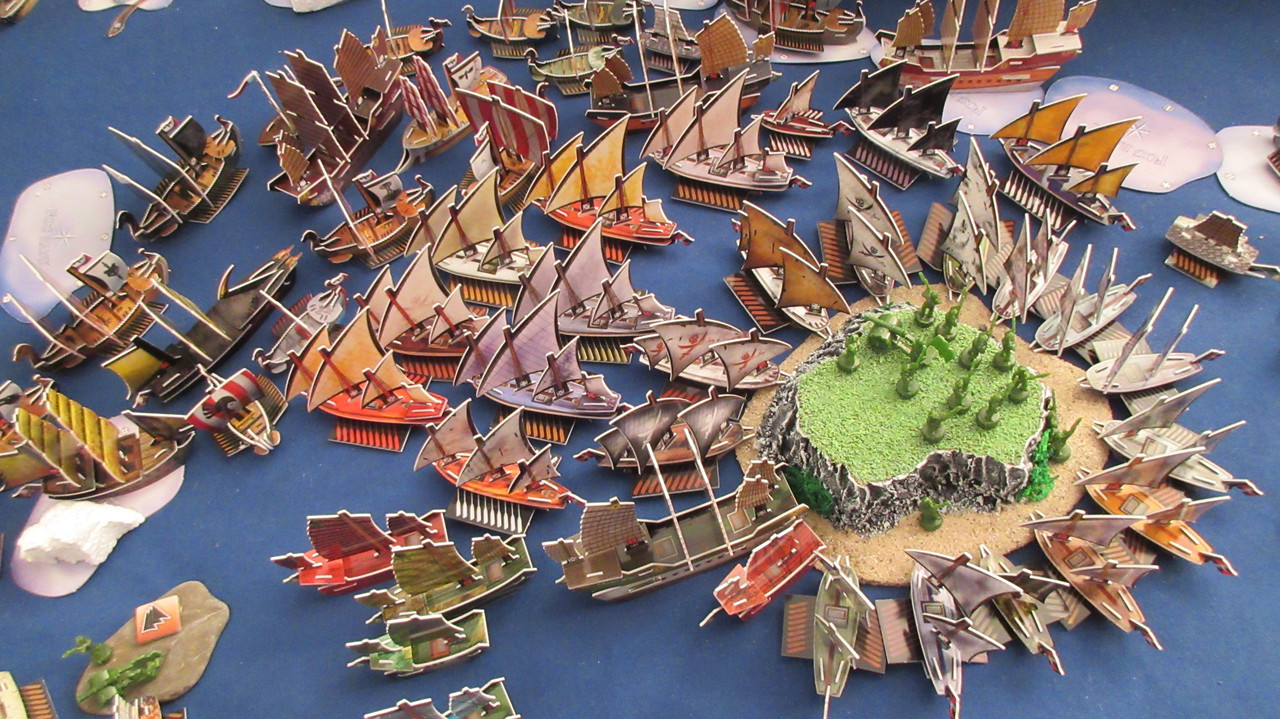 If things go as planned I hope to play a bunch on Friday and Saturday! I also hope to do another point count somewhat soon, but I’m trying to catch it on a peak that I’m not sure about yet.