The Cursed had an uneventful Turn 64, but are saving up.

In the Caribbean, English ships go to and from the home island. New gunships are departing while old ones come in for repairs. At the left, a long-awaited sight: HMS Westminster returns! The English on the other hand are shocked to see the ship, who spent a long journey in Karkuda repairing at the French Harbor. Her remaining crew tell the English fleet about how massive and impressive the French Harbor and fleet is. The English and French are probably the factions closest to having an alliance without actually having one right now… 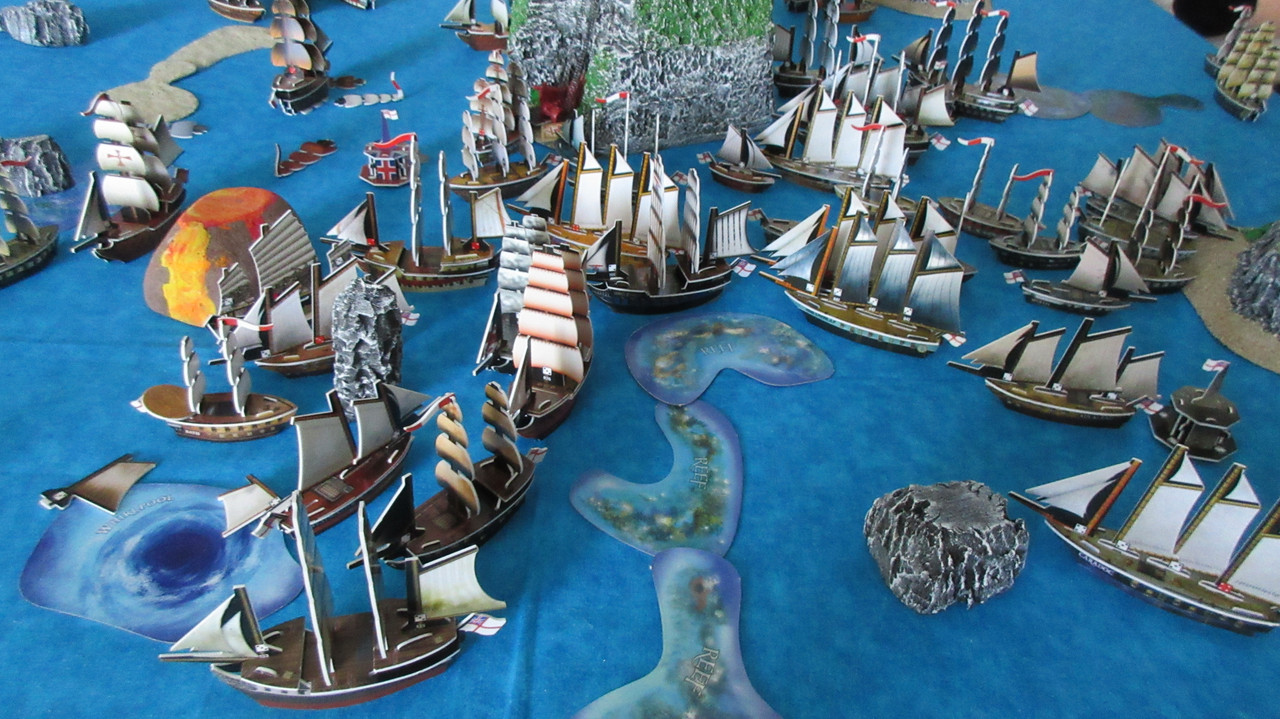 … although the potential for a Franco-Spanish alliance continues to grow! Vaccaro has a personal meeting with Guy LaPlante, incredulous at the topics that came up. LaPlante has now spoken with the Spanish admiral in addition to the Santo Columba’s captain. 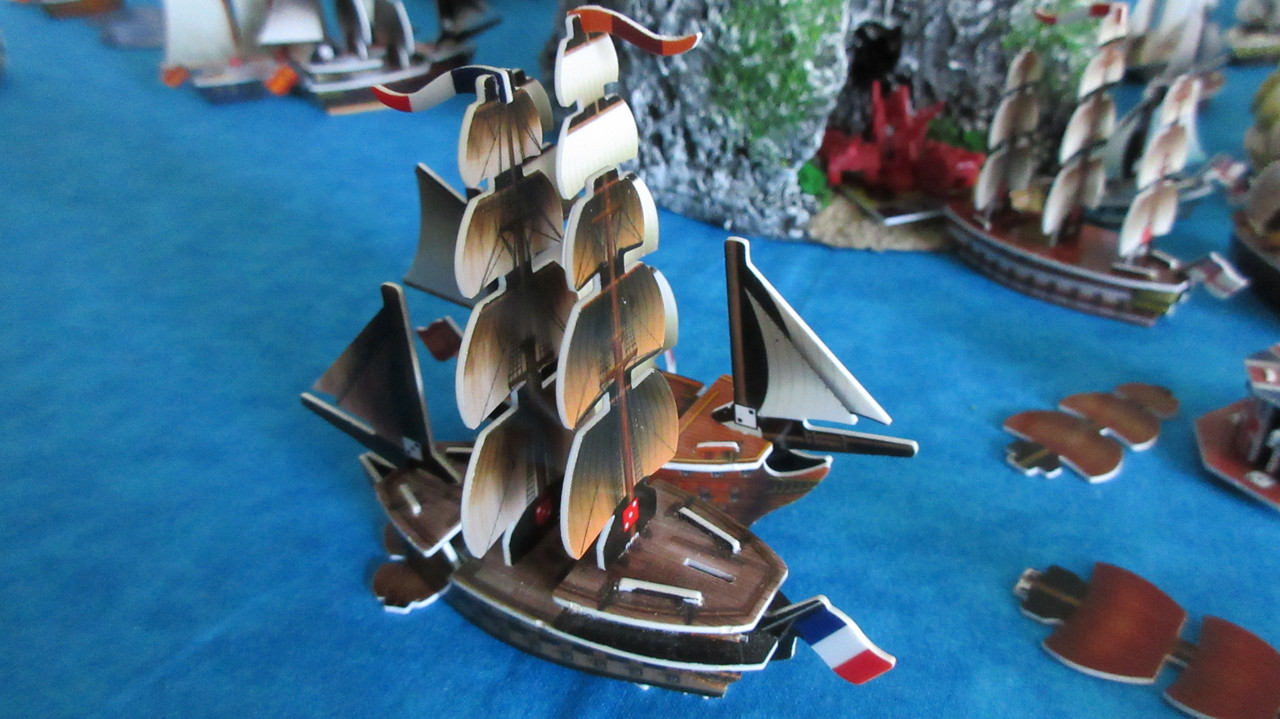 Speaking of the Santo Columba, she went through the Caribbean whirlpool! However, she rolled a 2 to emerge in the Sea of Allost! This is not what the Spanish had hoped for, but the captain was too eager to wait for LaPlante’s guidance through the whirlpool. Not only is this the first time a Spanish ship has traveled via whirlpool, but it’s also the first direct Pirate-Spanish contact of the game! The Pirates ready their guns, but ask what business the Spanish have. The captain of the SC quickly responds that they are on a mission after an unfortunate conversation with a French diplomat. The Pirates perk up and welcome the Spanish, as they’re allies of France. 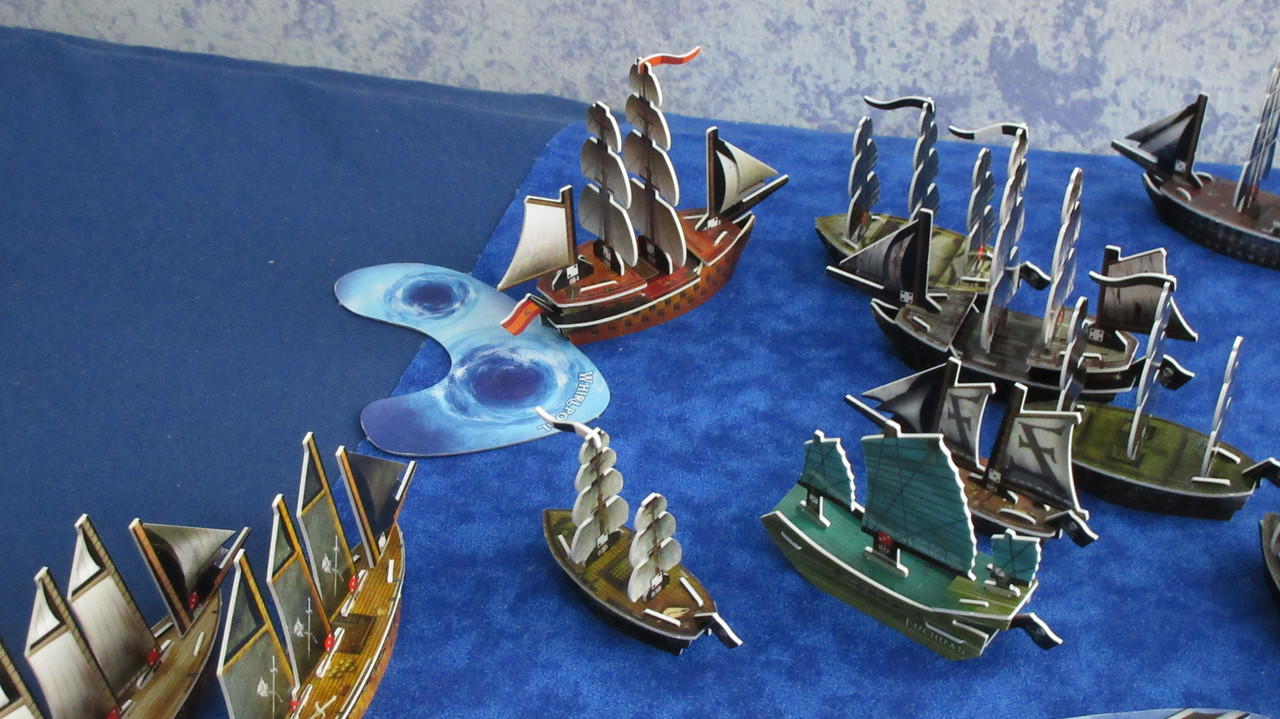 The Santa Ana’s extra action propels her towards the whirlpool following Vaccaro’s conversation with LaPlante. Other French gunships head southeast, and the Spanish put forth 3 more after cashing in some textiles and combining it with gold: the Corazon Dorado, Monte Cristo, and Lepanto can be seen at the Spanish HI. 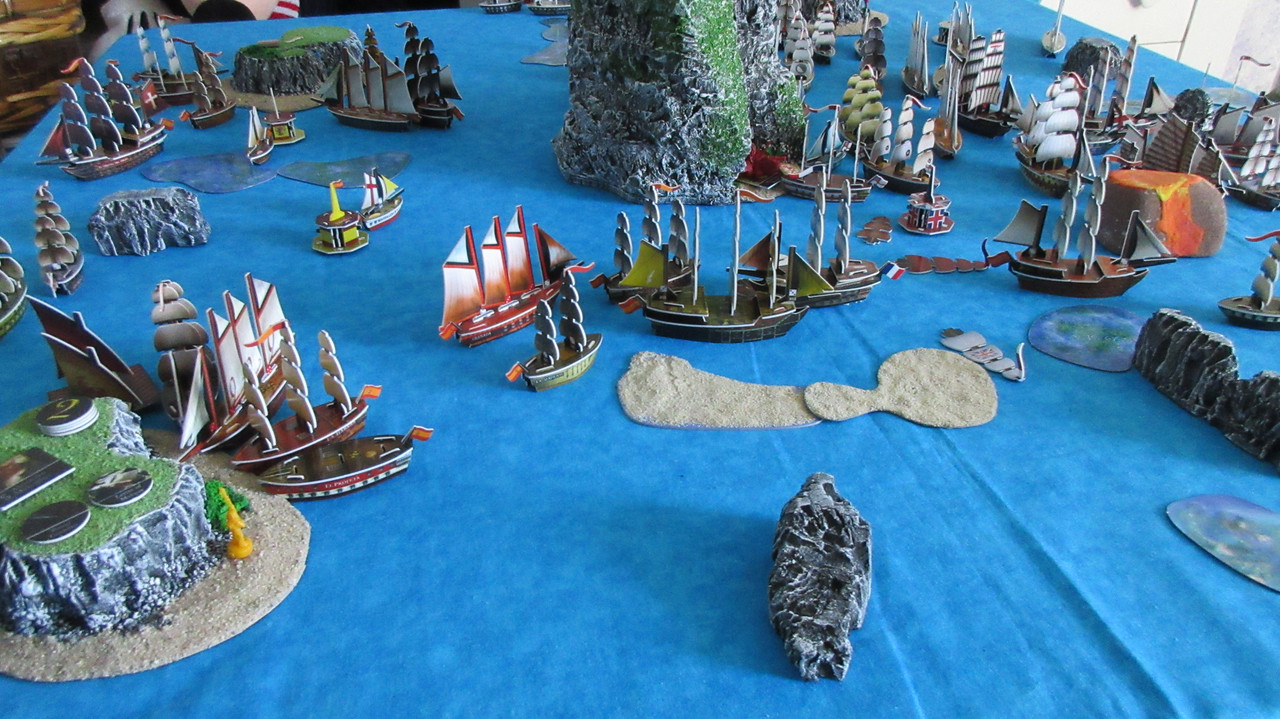 Hoping to play more consistently after this brief little hiatus! It’s just a combination of being busier on certain days of the week, and almost all non-Pirates stuff (well, Pirates stuff too actually XD) taking far longer than I ever anticipate.