Quick Game with 2 Players at 50 Points

I rolled to go first with this English fleet: 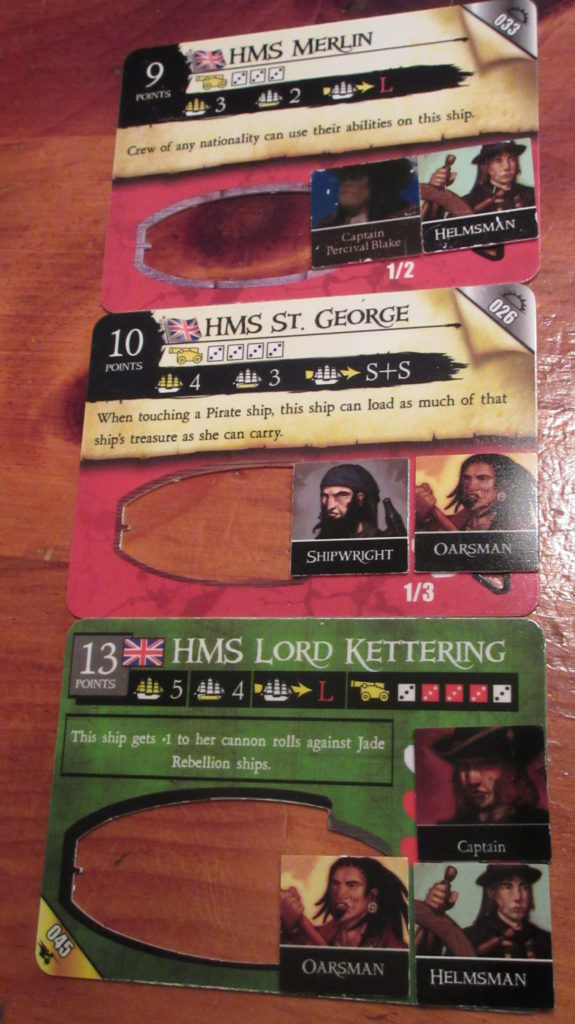 My opponent rolled a 1 to go second, with one of the new skull dice I received as a gift from Captain Randy when we played in Las Vegas. 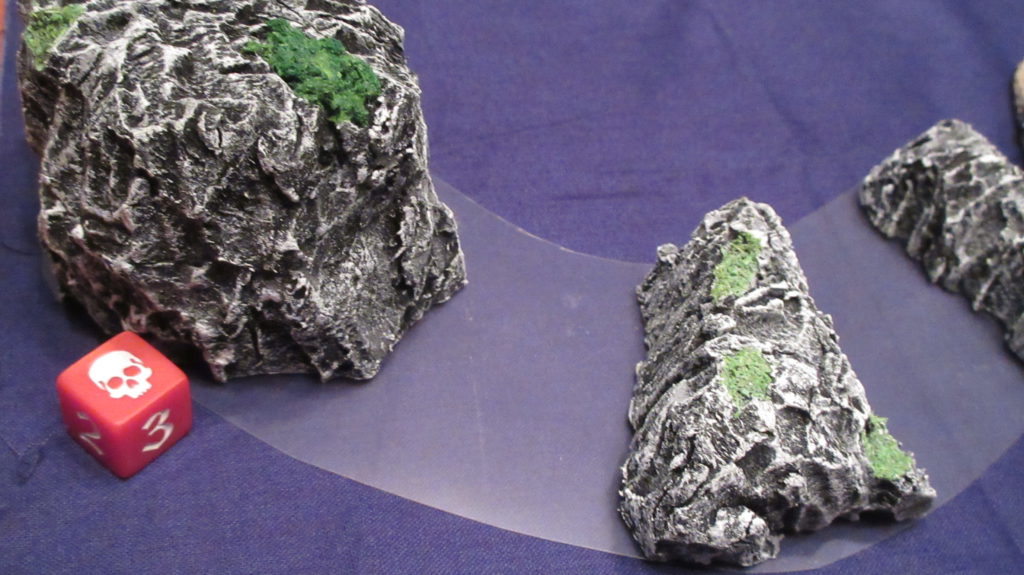 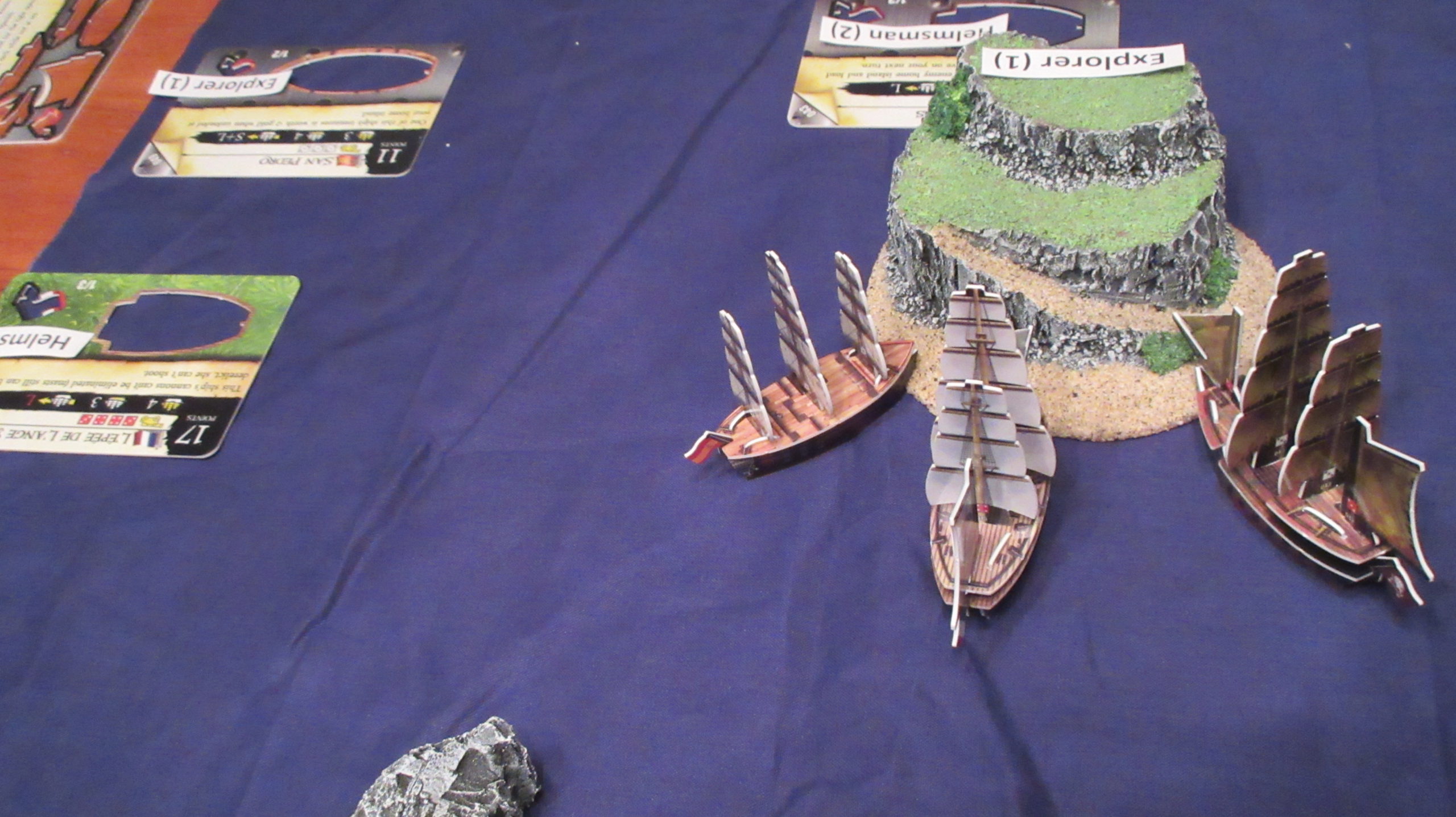 My ships were chosen somewhat randomly, though I like the red-green-blue contrast among them. 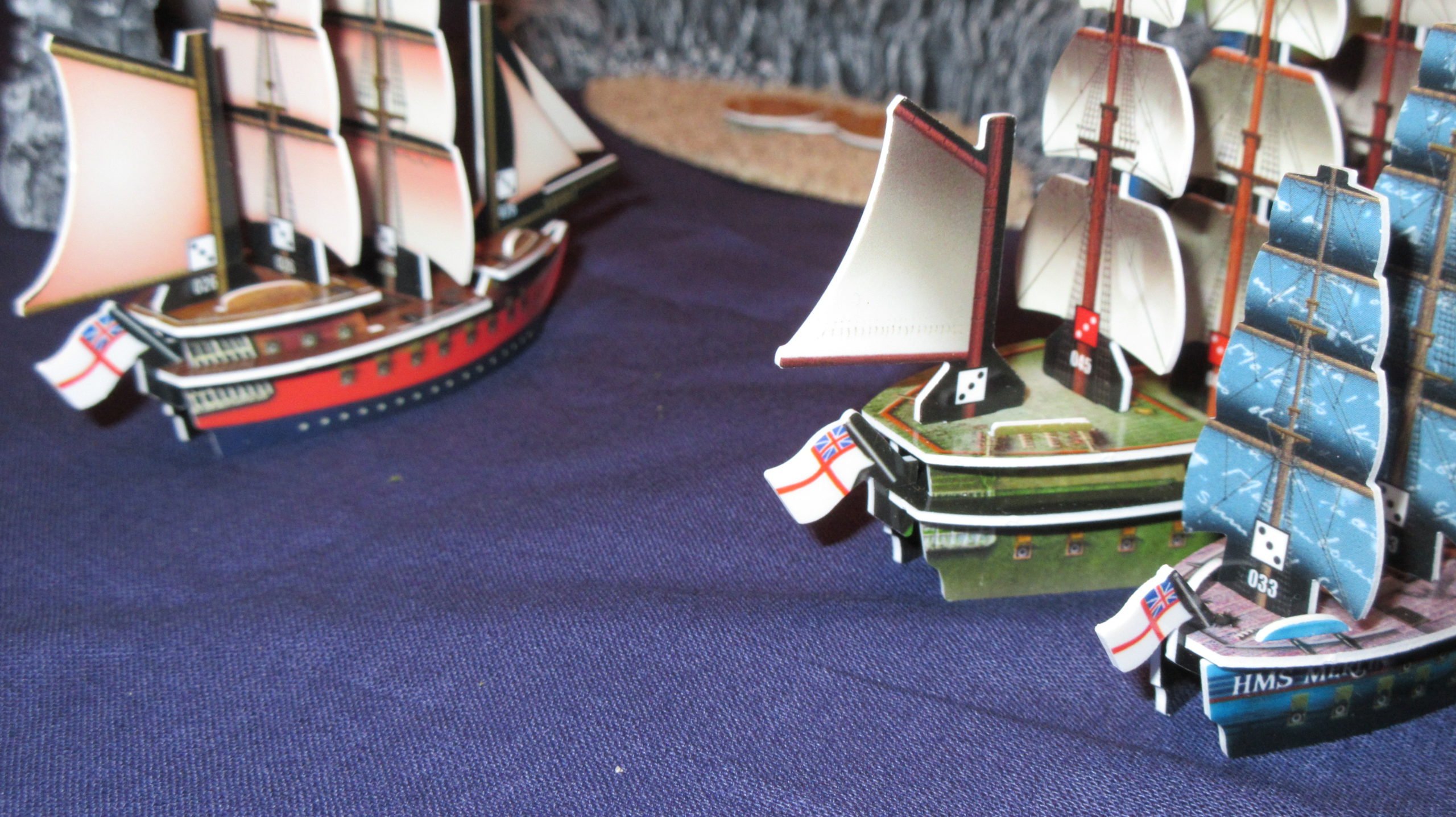 An intimidating sight: a square rigged fleet heads out! 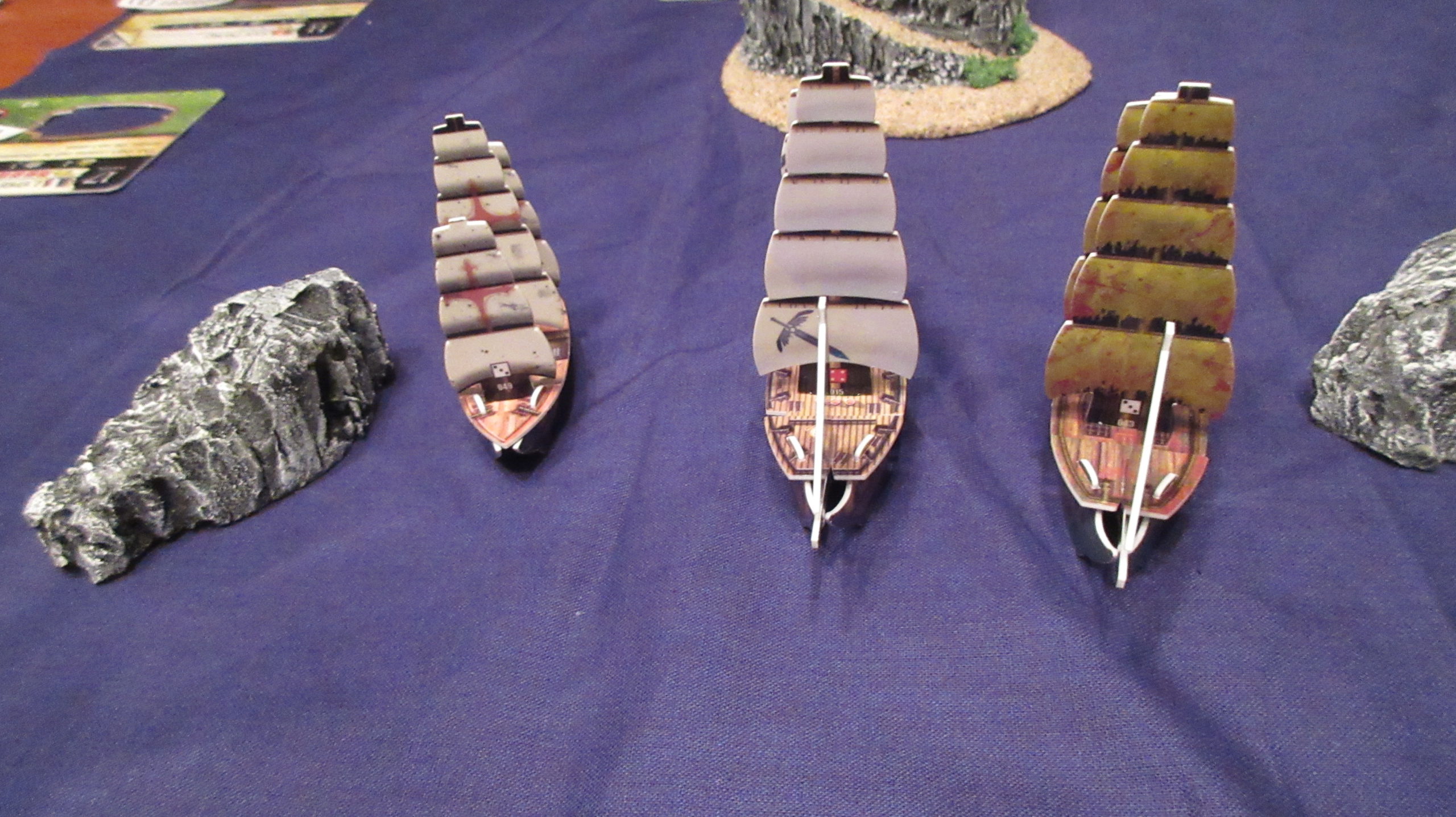 I got to the beaches first, with the Merlin and Lord Kettering looking to cut off the beach that was most likely to be contested. 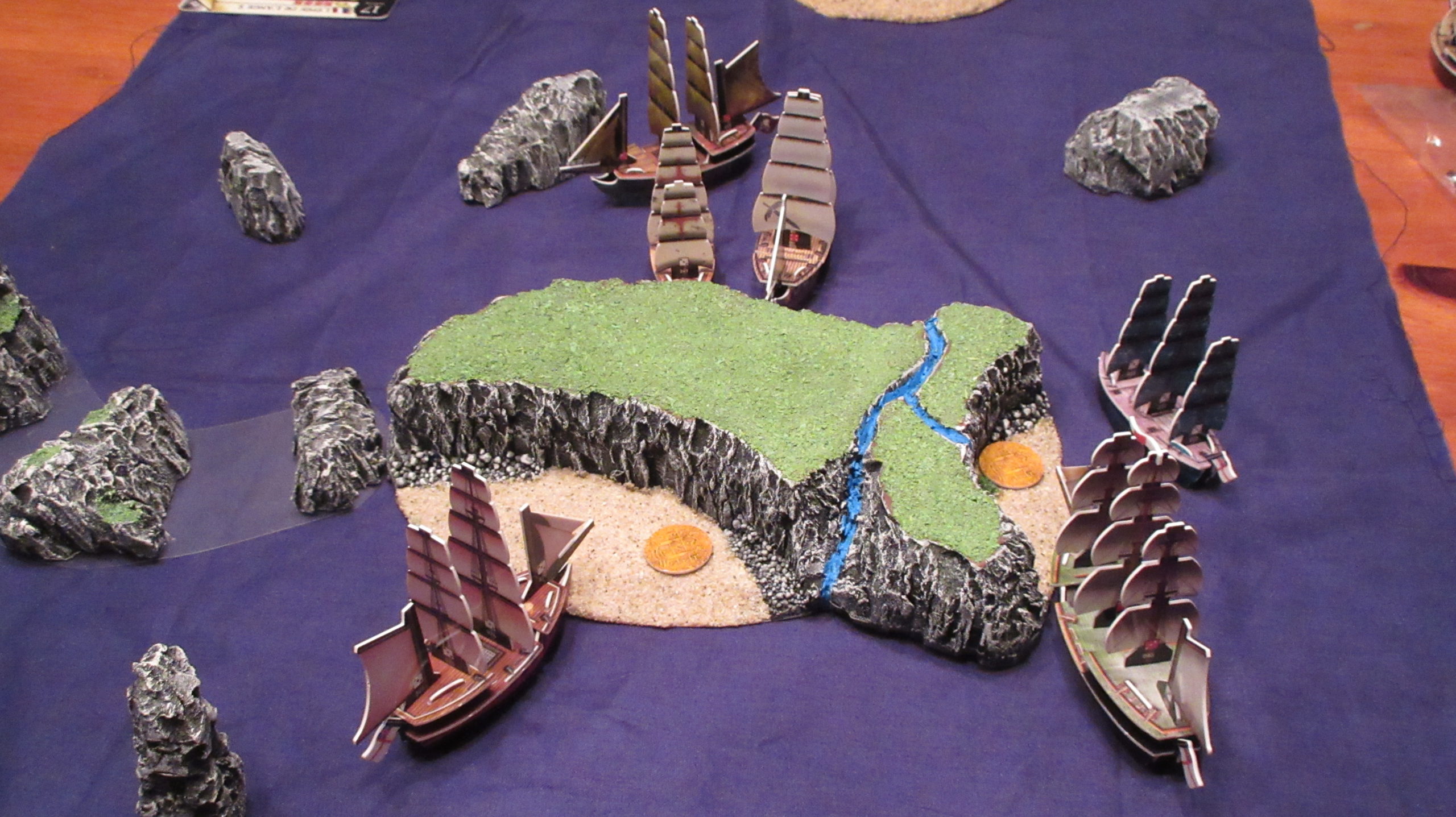 After the San Pedro grabbed some gold and the Poor Adams headed towards the rocky area, the Epee was left wide open.  Percival Blake gave the order for a Broadsides Attack, and surprisingly it hit!  The Lord Kettering needed 4 shots to sink the Frenchman, but she did go down. 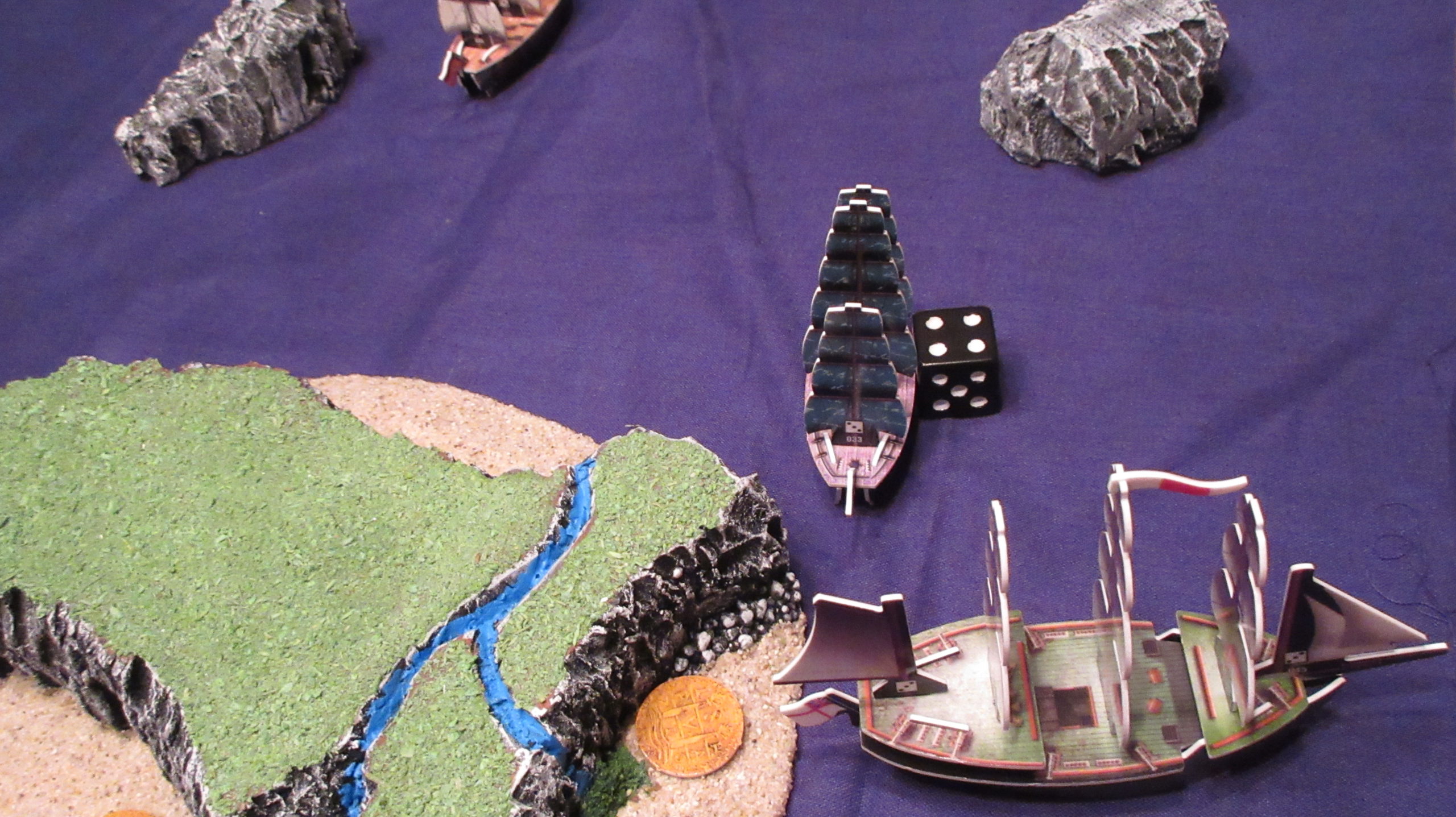 The attention then shift back to the other side of the big island, where the Poor Adams was about to load the final coin from the first beach to be landed on. 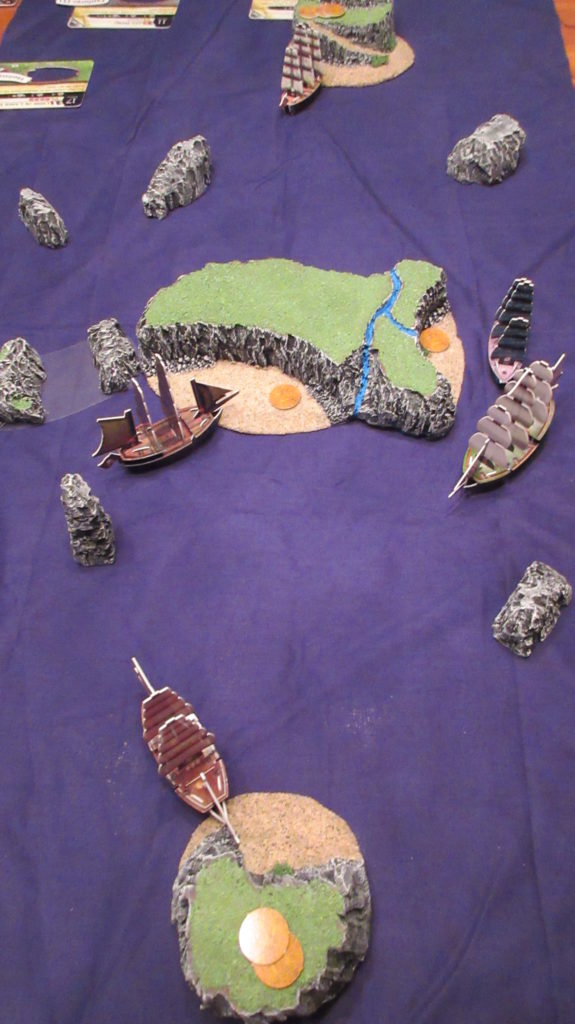 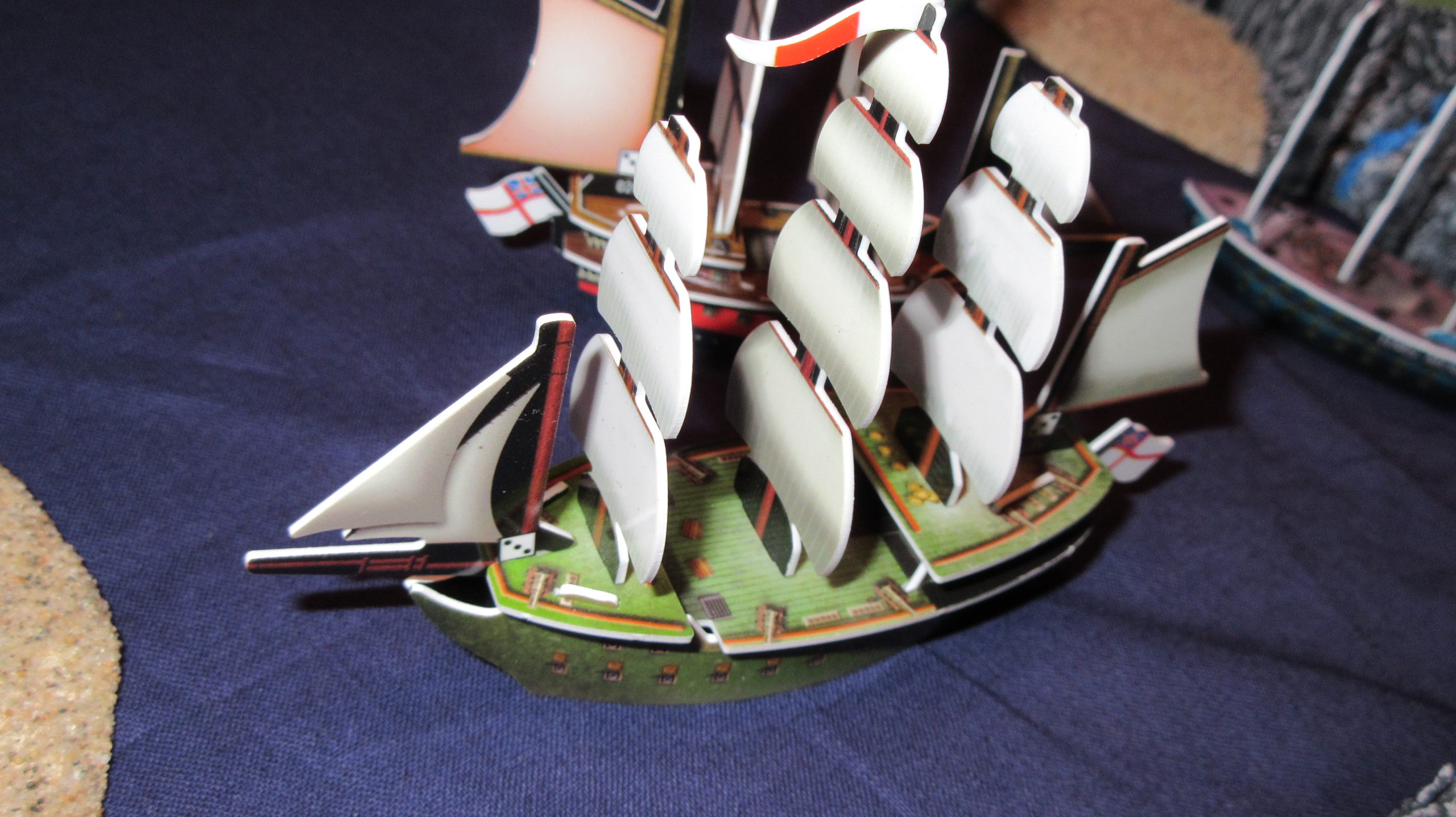 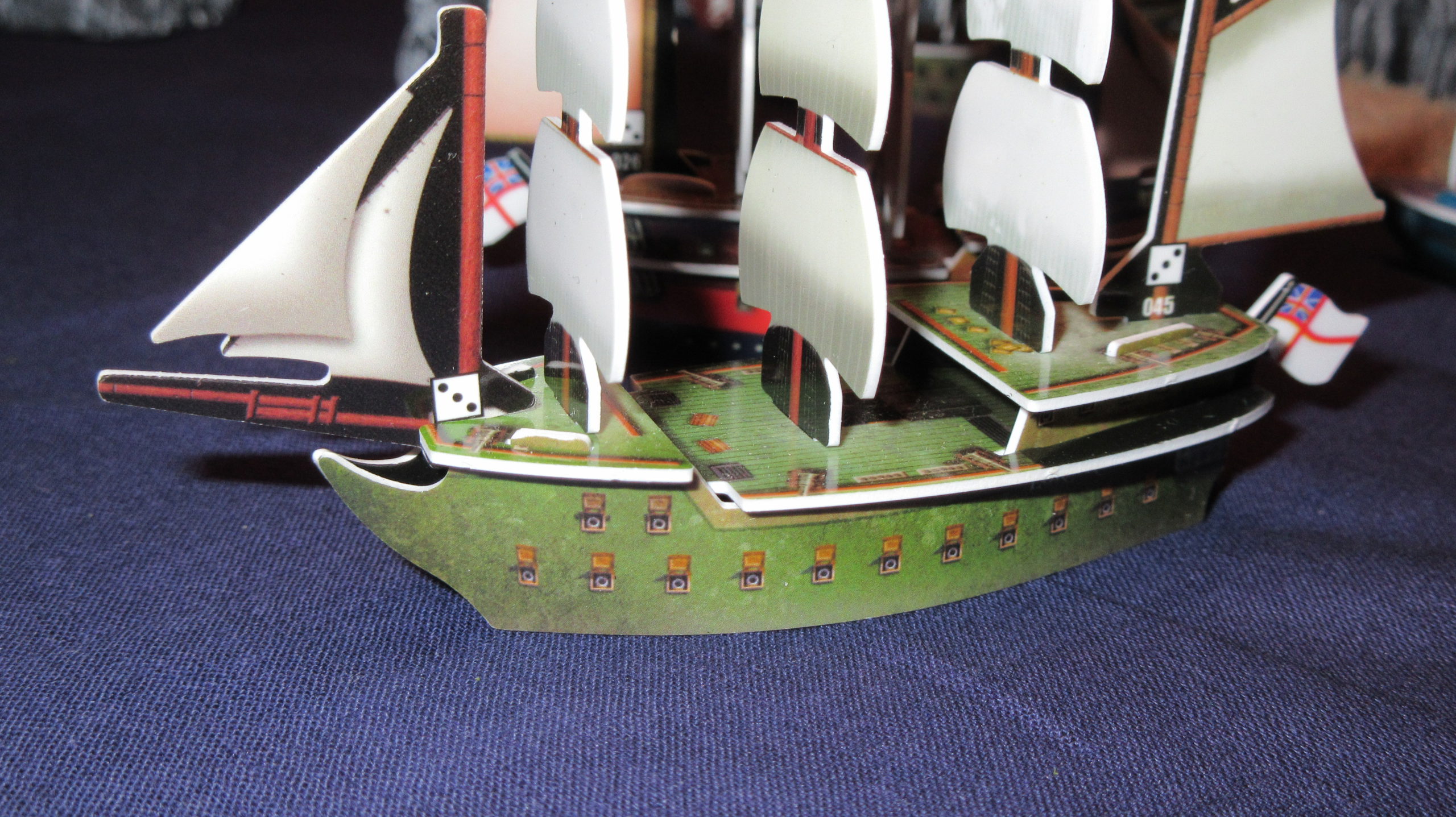 With the St. George, San Pedro, and Lord Kettering all docking home their gold, it was a race for the final two coins in play (both 1’s).  The Merlin pursued the Poor Adams, but missed both shots as the PA maneuvered among the rocks. 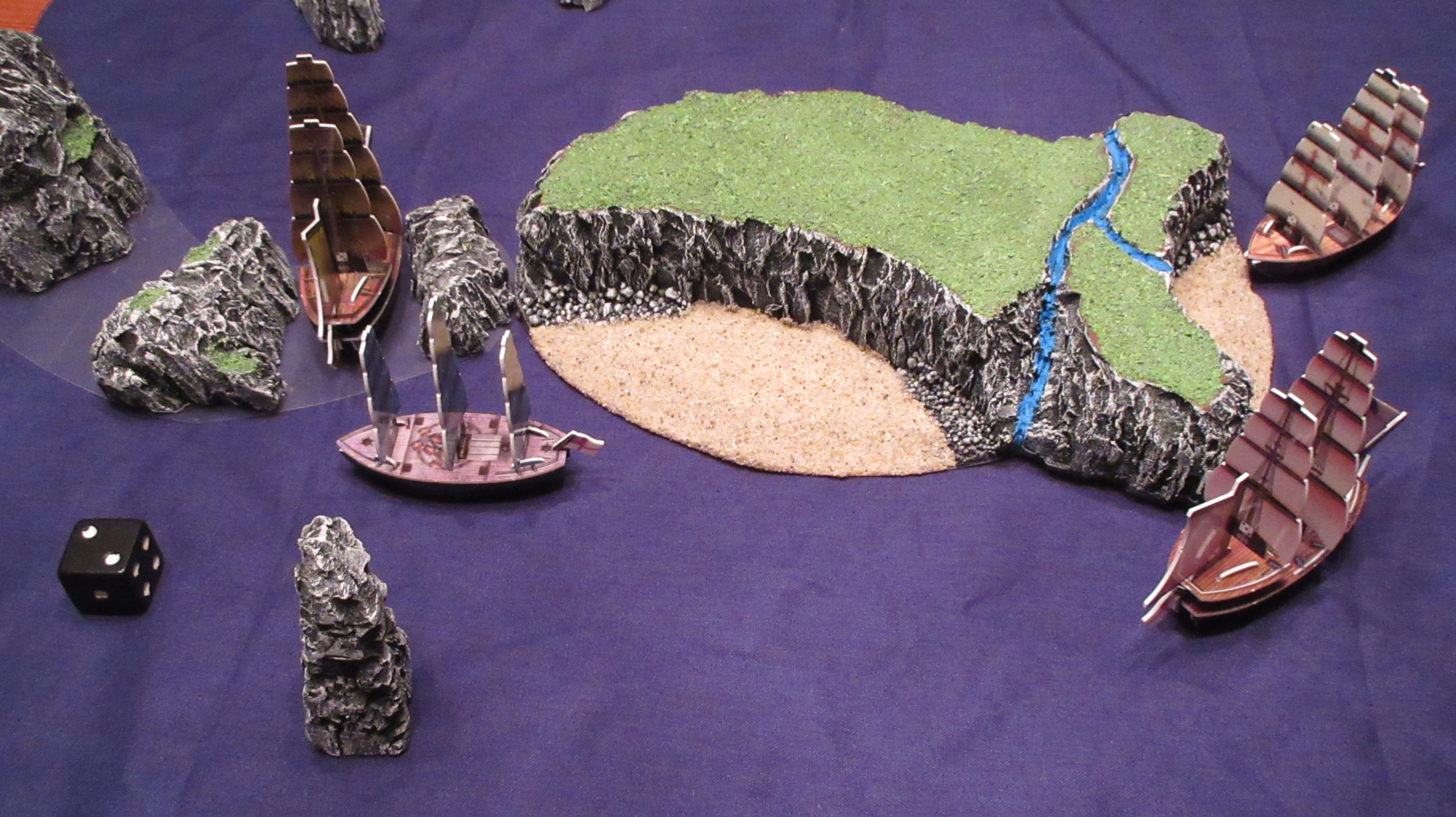 The Merlin managed a few hits in the chase back to the mixed fleet home island, but both the Poor Adams and San Pedro got home safely.  I won the game 12-11!  The San Pedro increased the losing score by +4, so if one of my coins had been worth a little less, the outcome would have been a tie or victory for the mixed fleet. 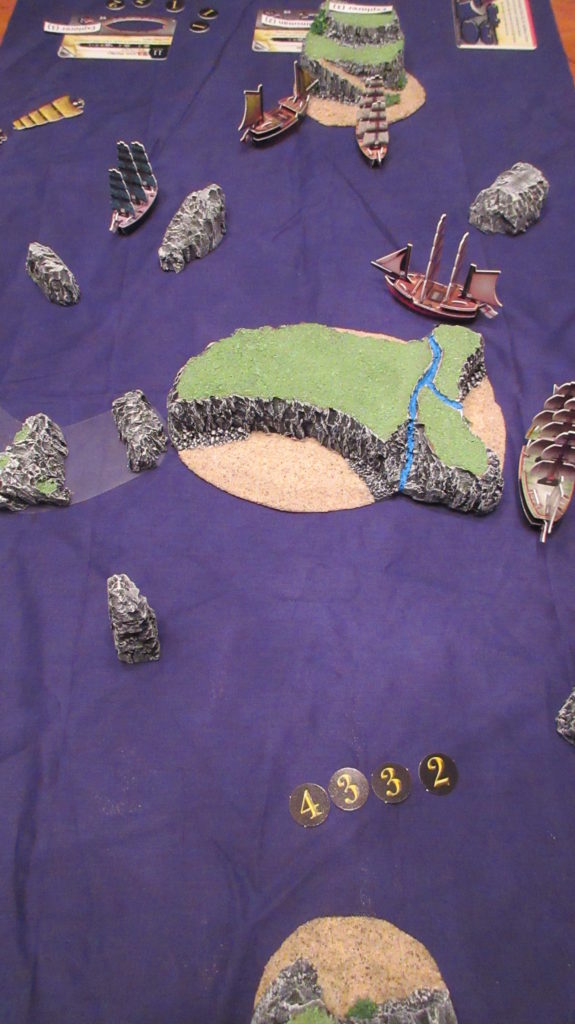 Thanks for reading about this quick game!  Feel free to post about your own games in the Battle Reports thread!  😀

Posted in Battle Reports and tagged 2019.