Warning: This is a historical reenactment, not a normal Battle Report!

234 years ago tonight, the Moonlight Battle was fought off Cape St. Vincent.

The reenactment went great! I managed to get a good bunch of quality shots. I’ve only done one other reenactment (the Battle of the Nile in the summer of 2012) but I didn’t get pictures for it.

The reason these pictures are posted here so late (and that the edit will say it’s on the 17th) is because I actually played things out from about 9-11 pm, in order to actually have the battle at night!

(the actual battle took place from about 4pm until 2am) Without further ado, here are the pics! You can read wikipedia’s battle report as you follow along if you don’t know how the battle went.

A battle becomes imminent as the two fleets see each other: 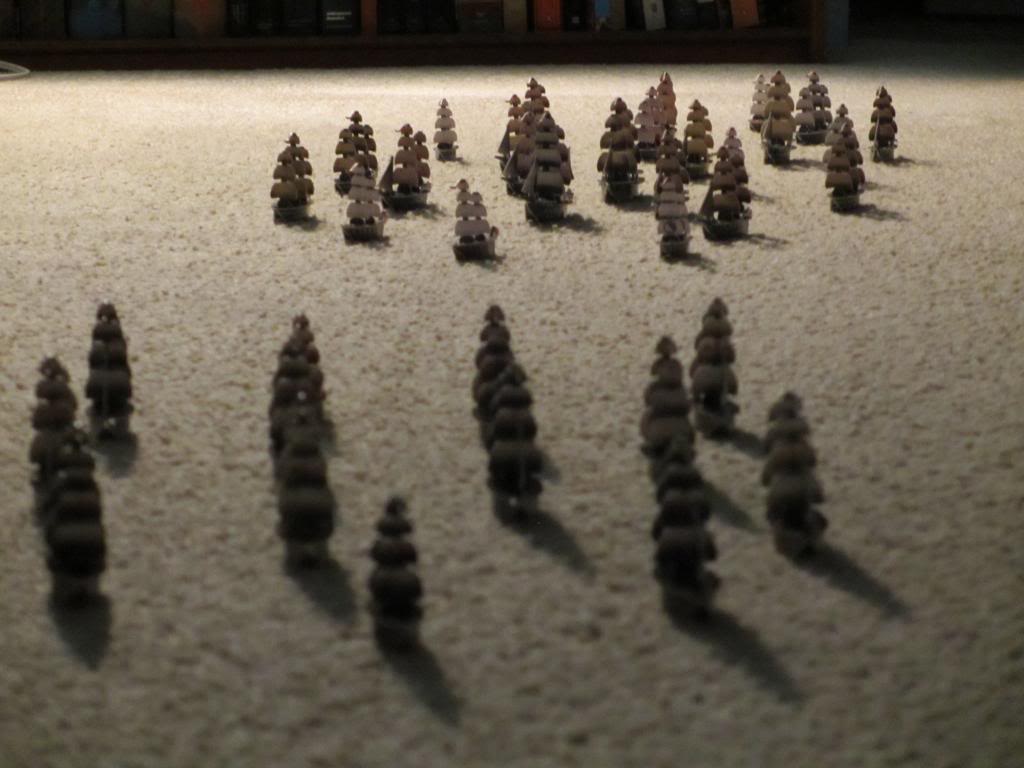 The English bear down upon the Spaniards: 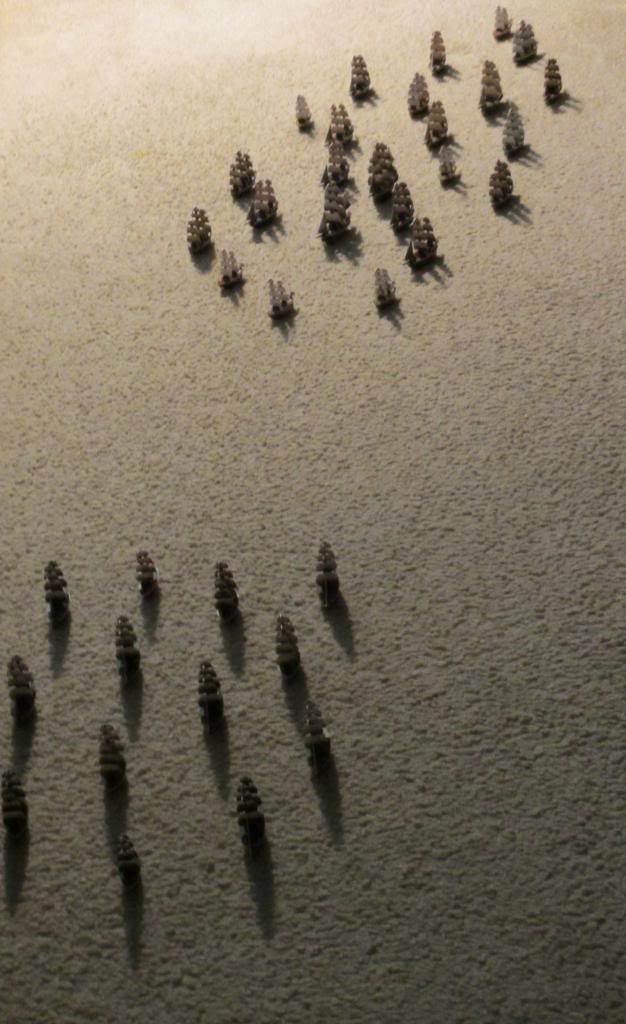 The Spanish begin to form a line of battle as the English sail ahead in roughly line abreast:

HMS Edgar deals the first broadside of the battle to the Santo Domingo: 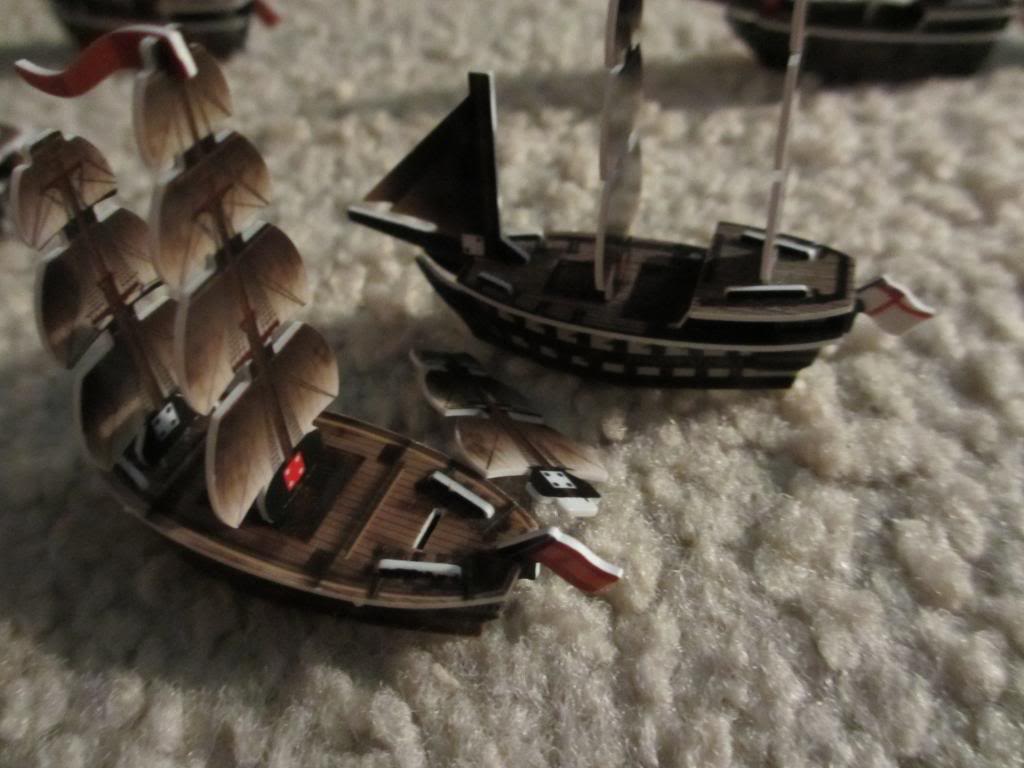 The Santo Domingo (on fire) is passed by HMS Marlborough as more English ships catch the Spanish as a result of their copper-sheathed hulls: 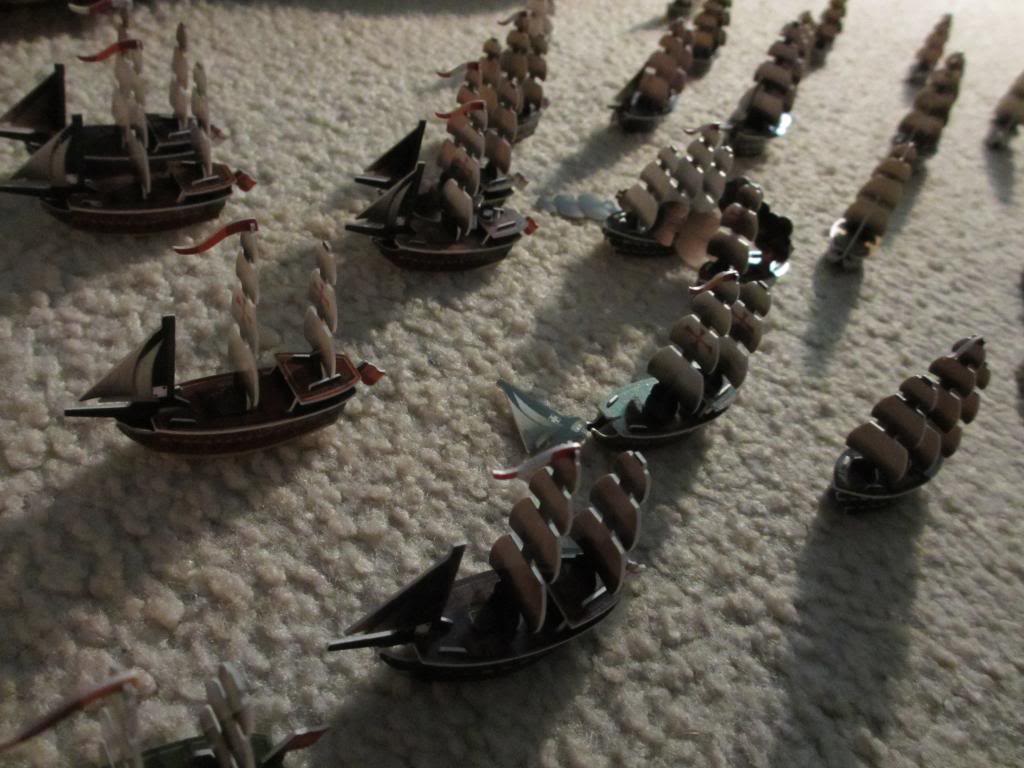 Yet another fresh English ship (HMS Ajax) fires into the hull of the Santo Domingo: 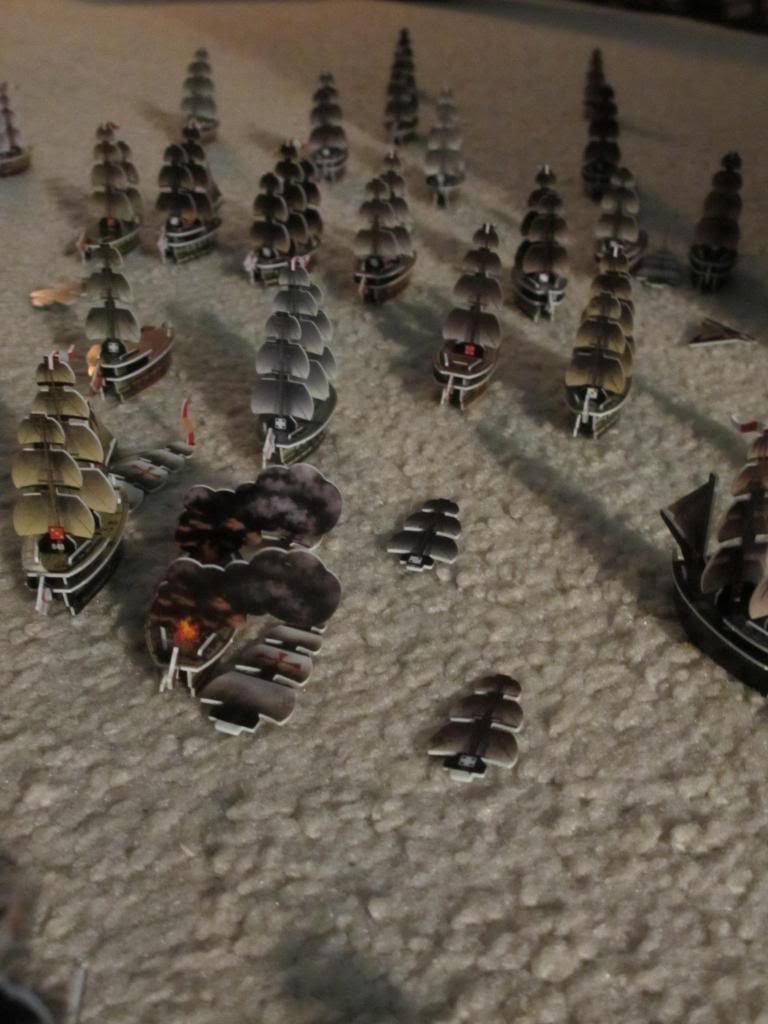 A nice shot showing the mixed ensigns as the English infiltrate the Spanish formation: 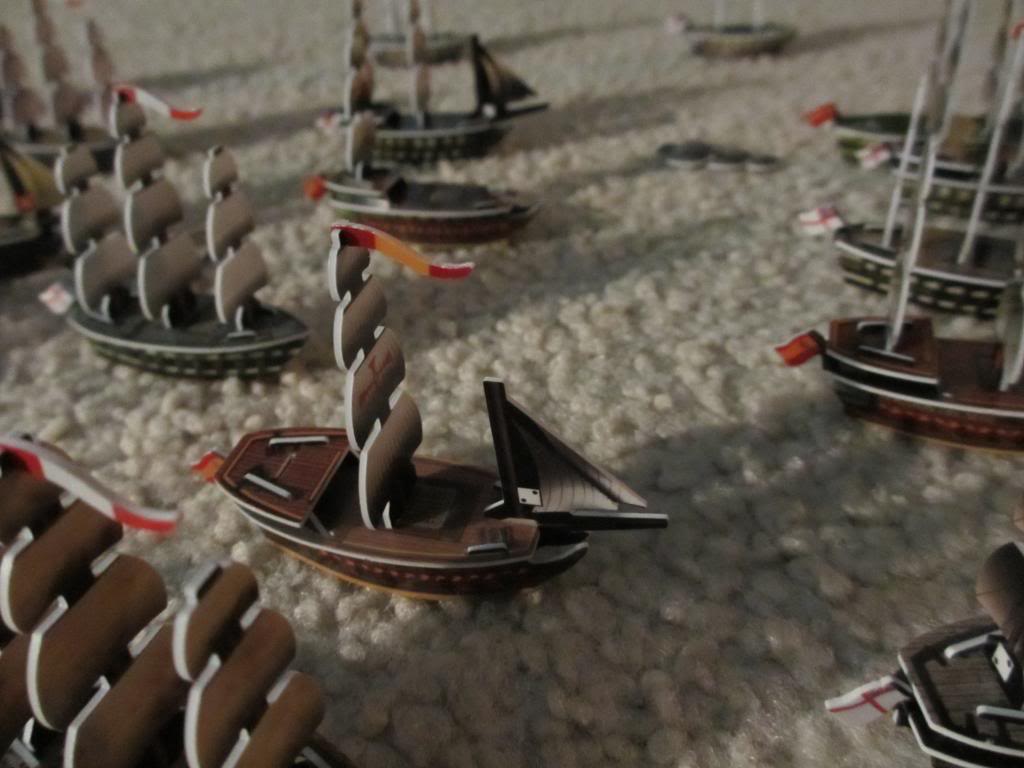 One of three English three deckers at the battle, the Prince George approaches the action. 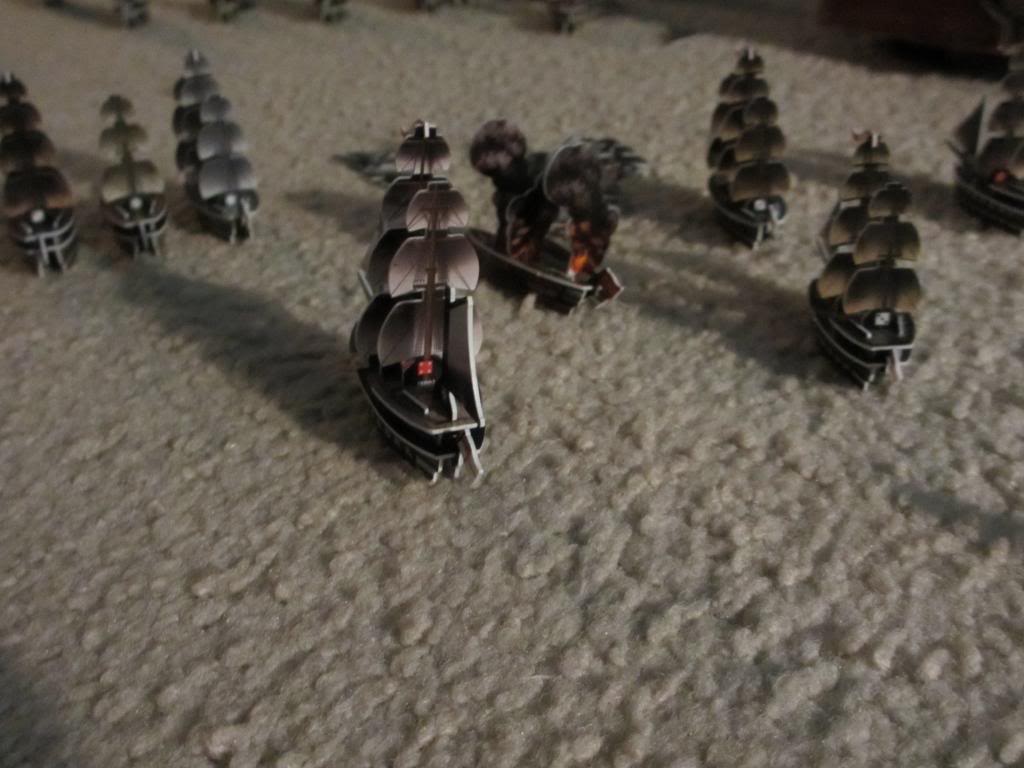 At this point I tried to recreate a shot that I found in my War at Sea in the Age of Sail (by Andrew Lambert) book that’s similar but not quite identical to this one: 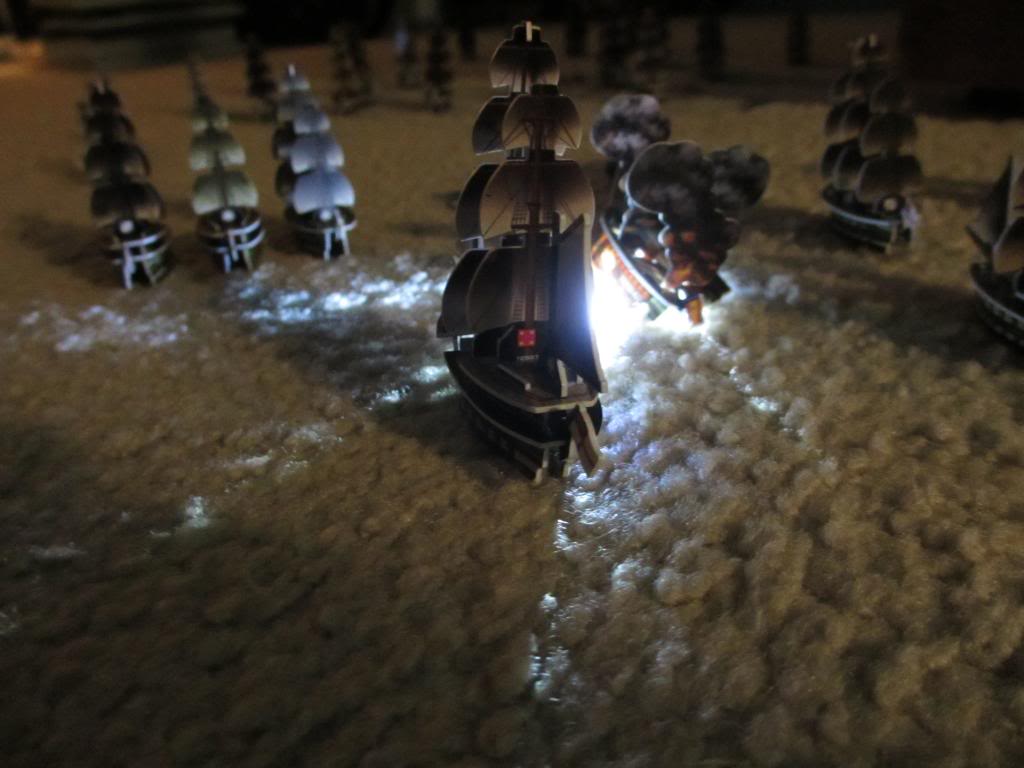 The Santo Domingo meets her fate in a rare moment of sheer awe and horror: 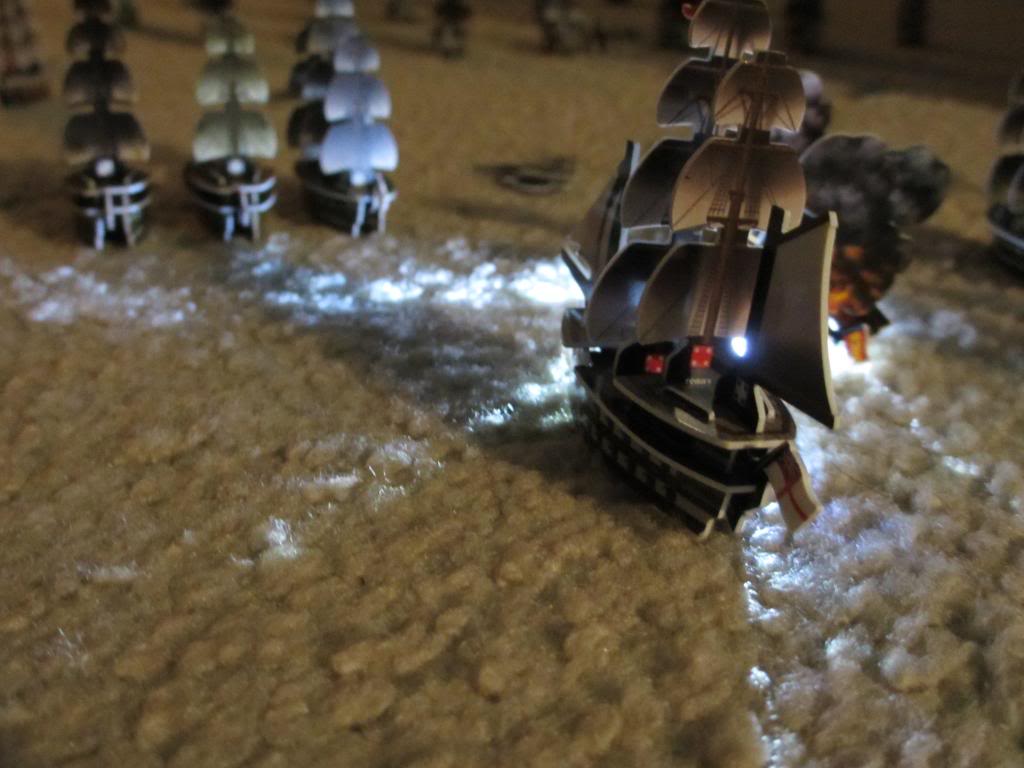 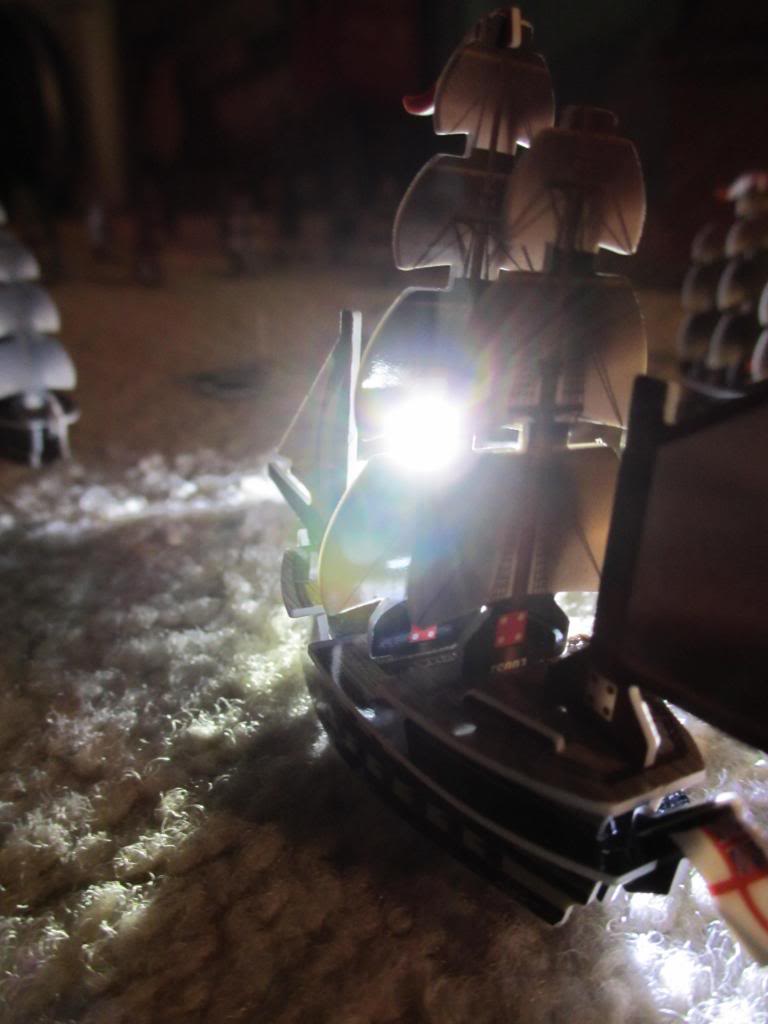 The huge blast illuminates the hull and sails of the 2nd rate HMS Prince George: 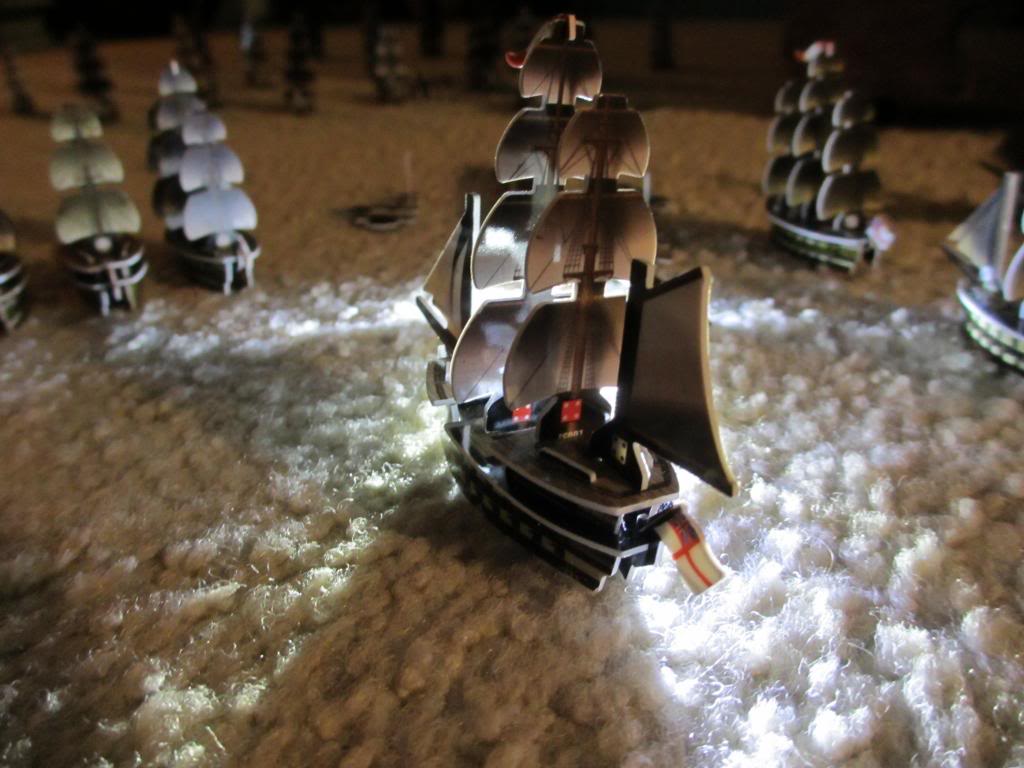 The Princessa gallantly fights the Bedford, but she eventually surrenders: 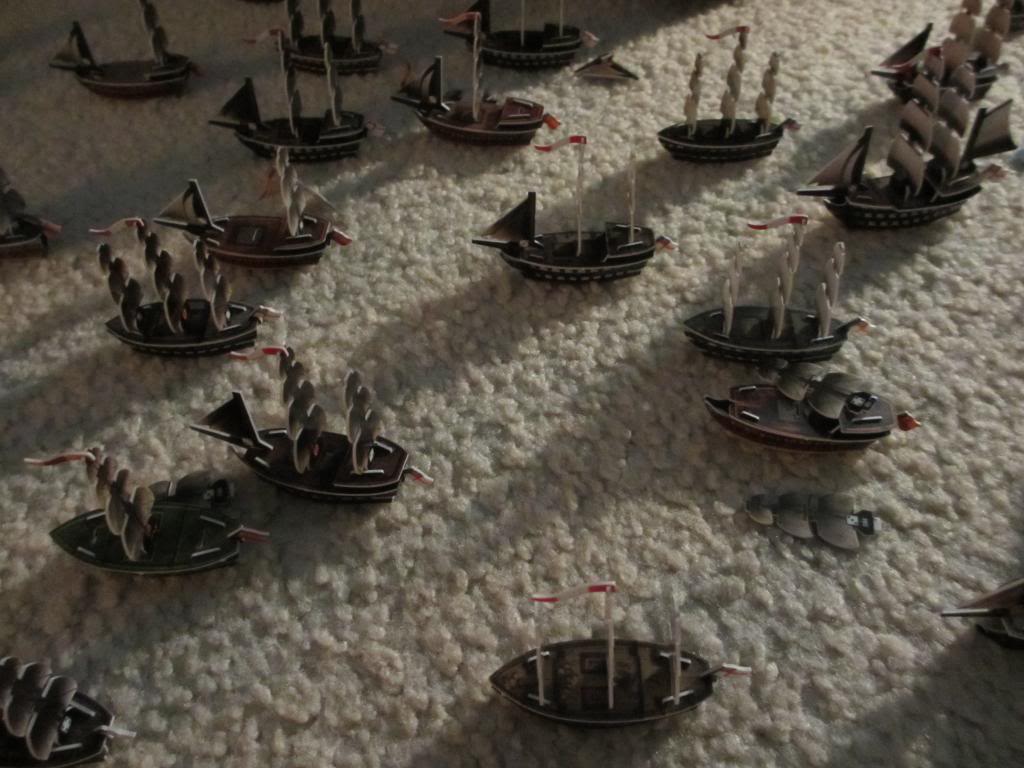 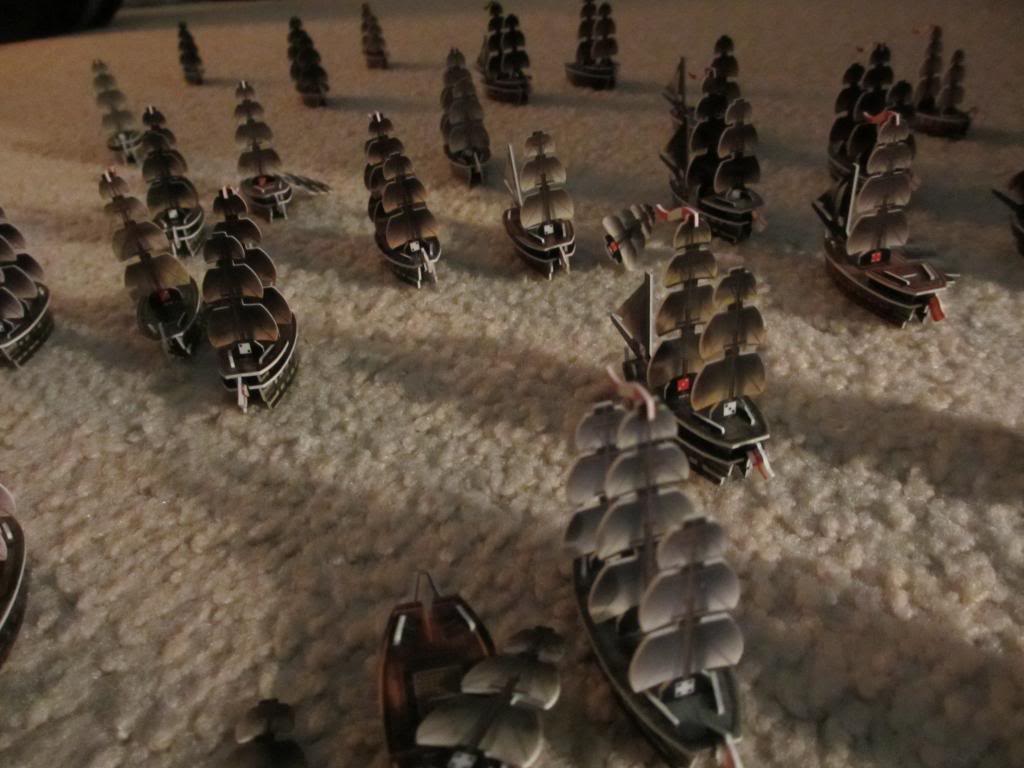 As the sun sets, the Defence engages the Fenix, flagship of Admiral Langara: 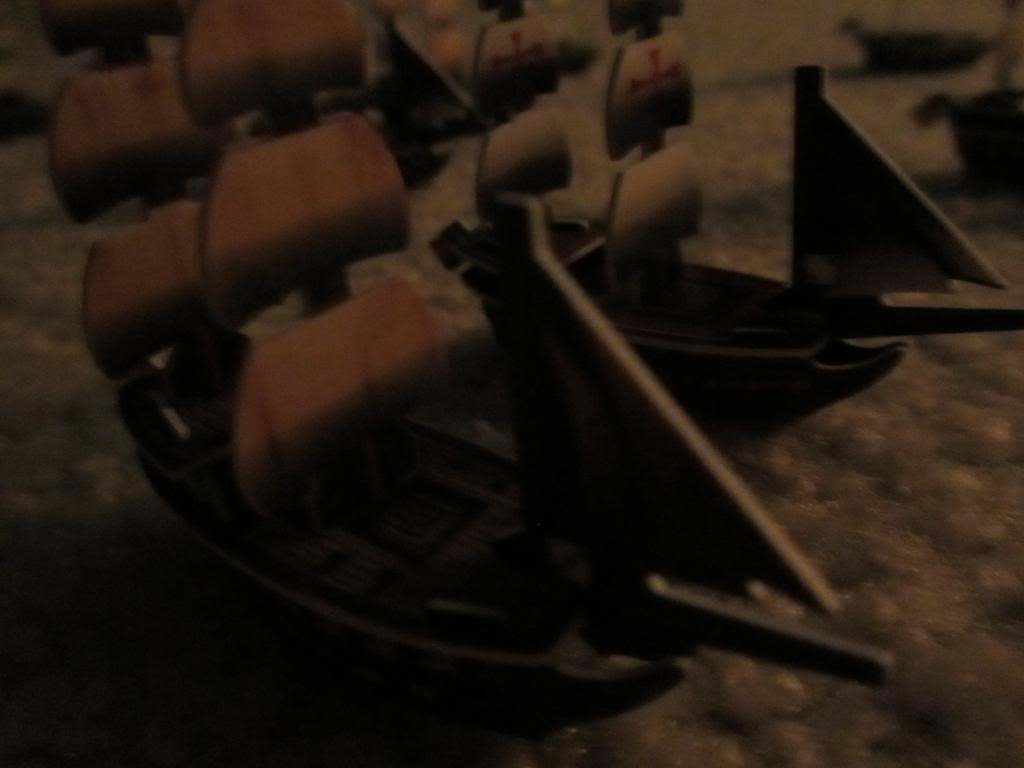 Darkness closing in as the battle rages on: 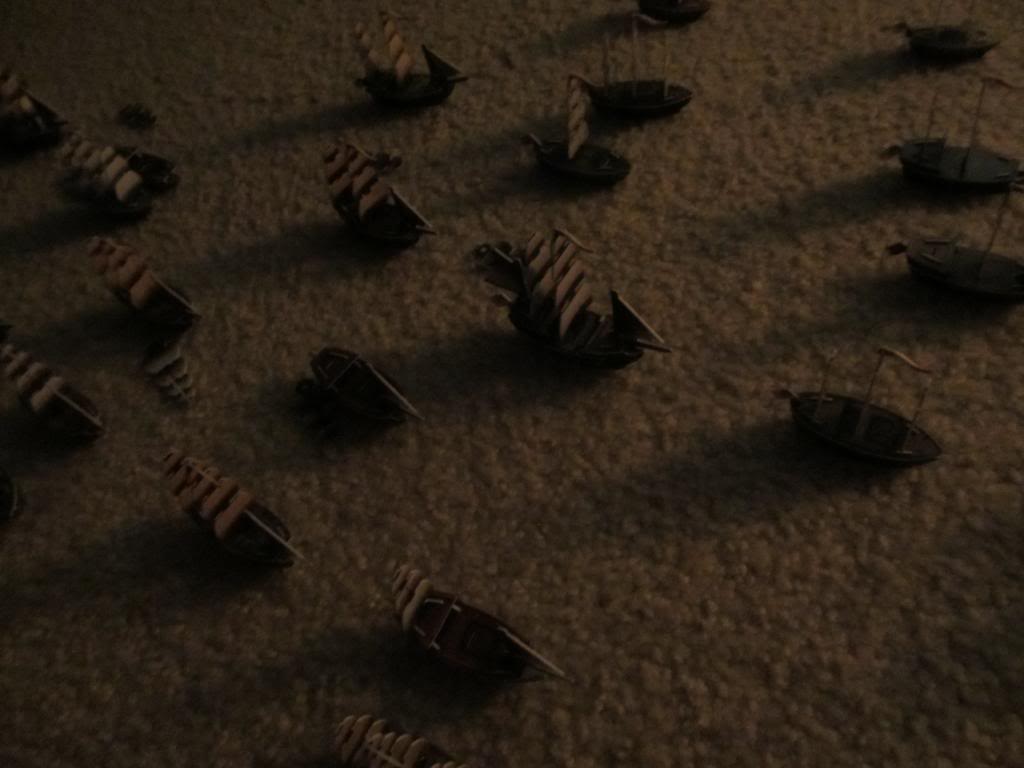 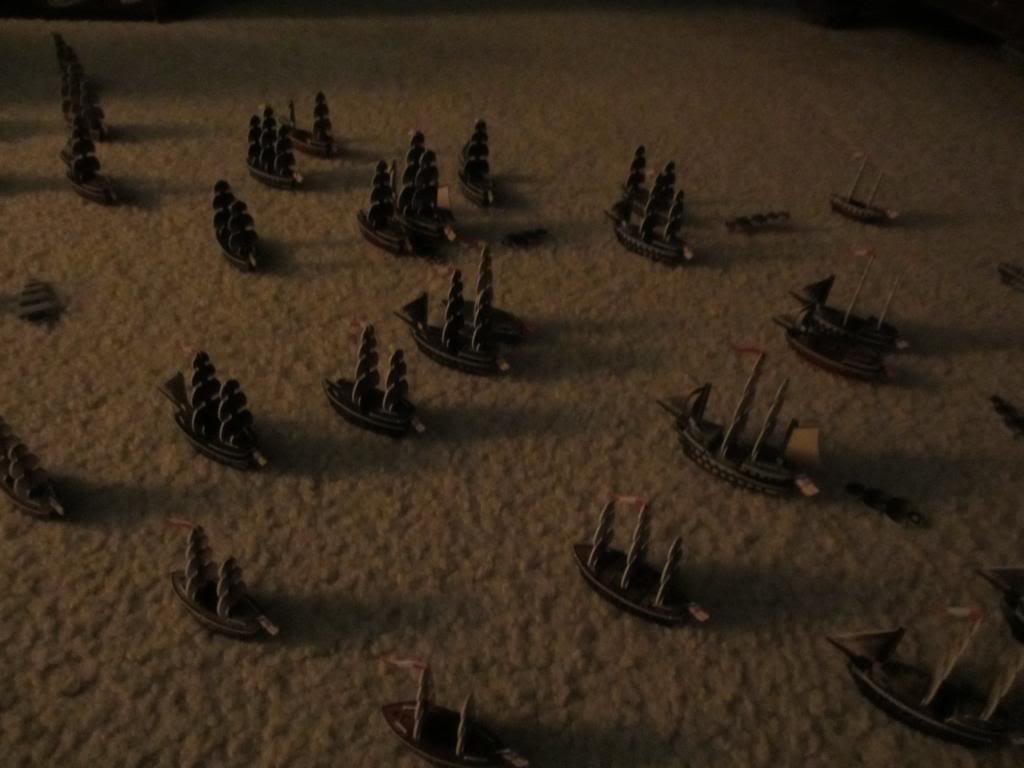 The Prince George in action against the Fenix: 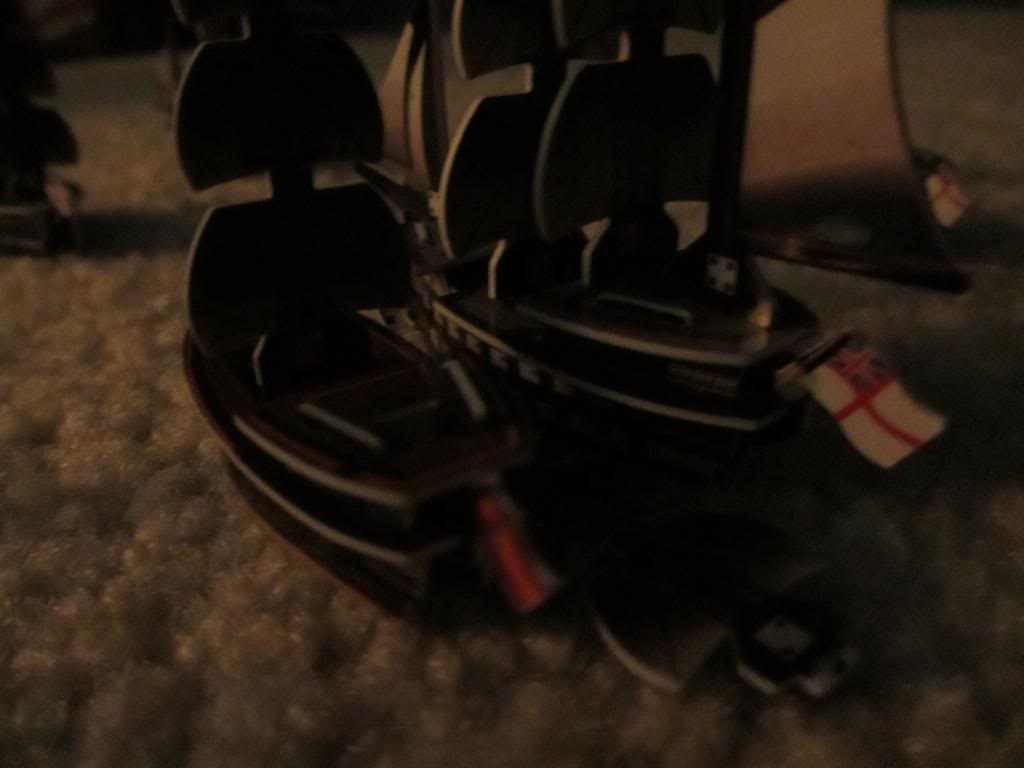 The Montagu fires on the Diligente as the Cumberland duels the San Eugenio: 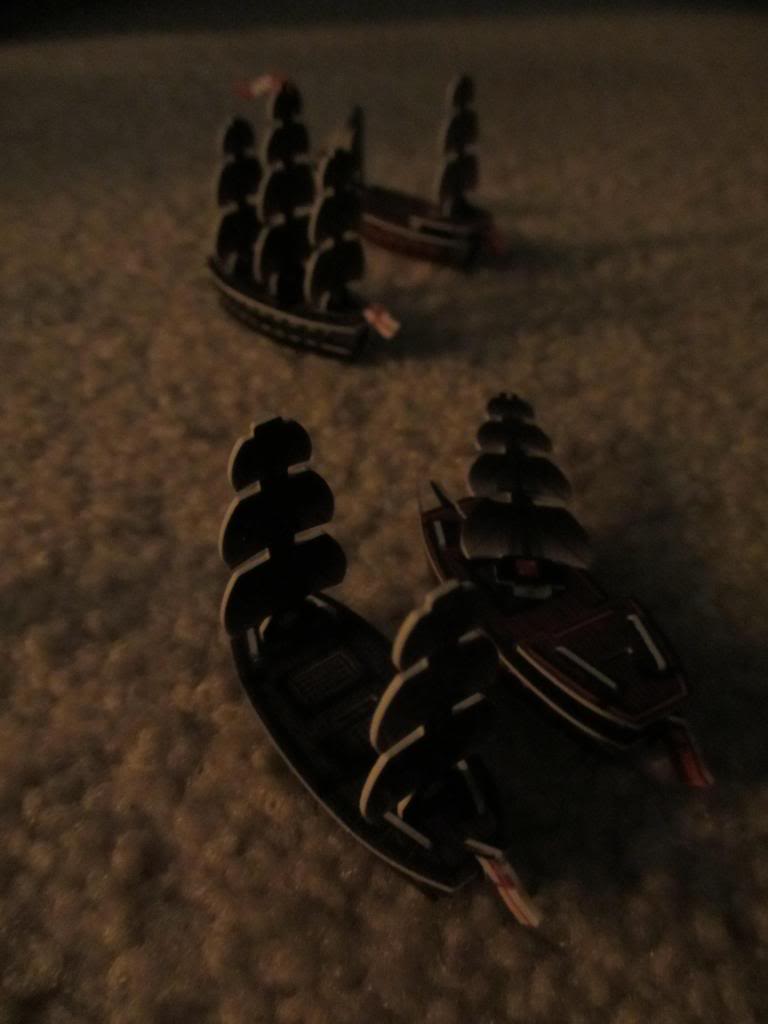 HMS Culloden and HMS Prince George team up to take out the San Julian: 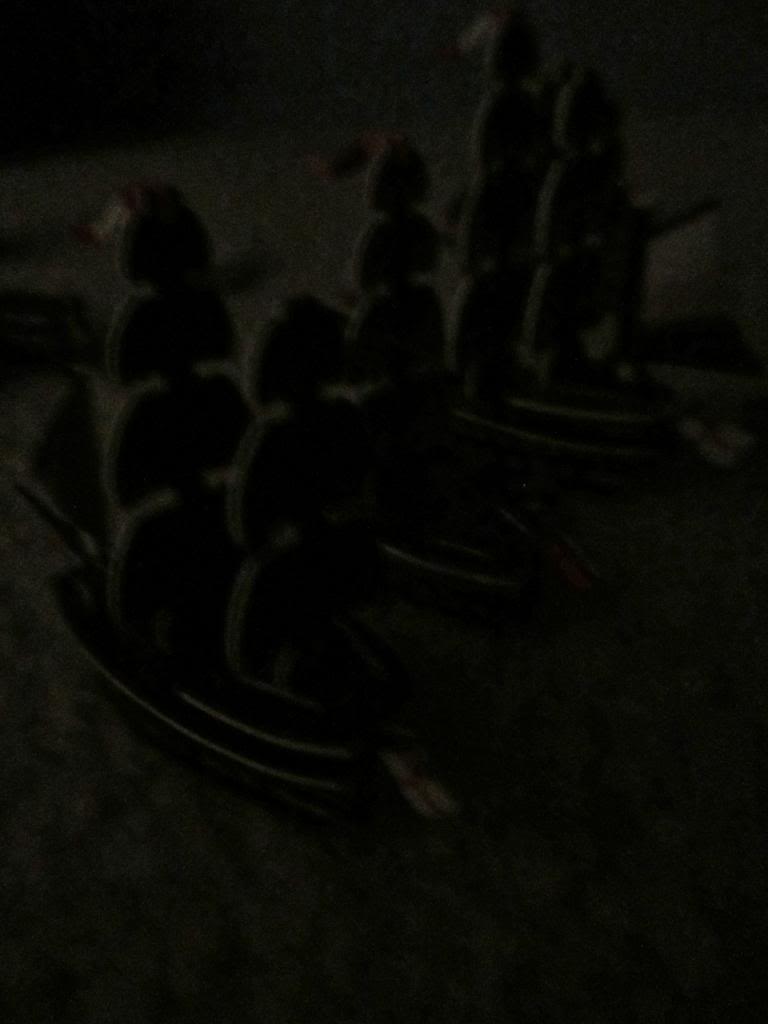 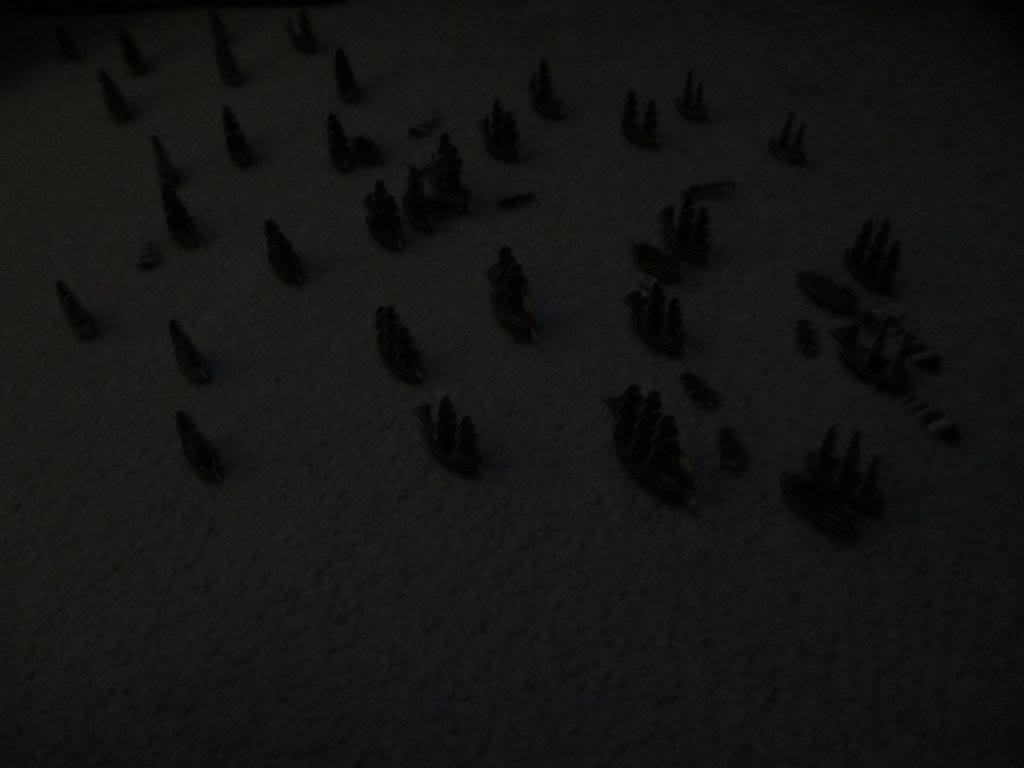 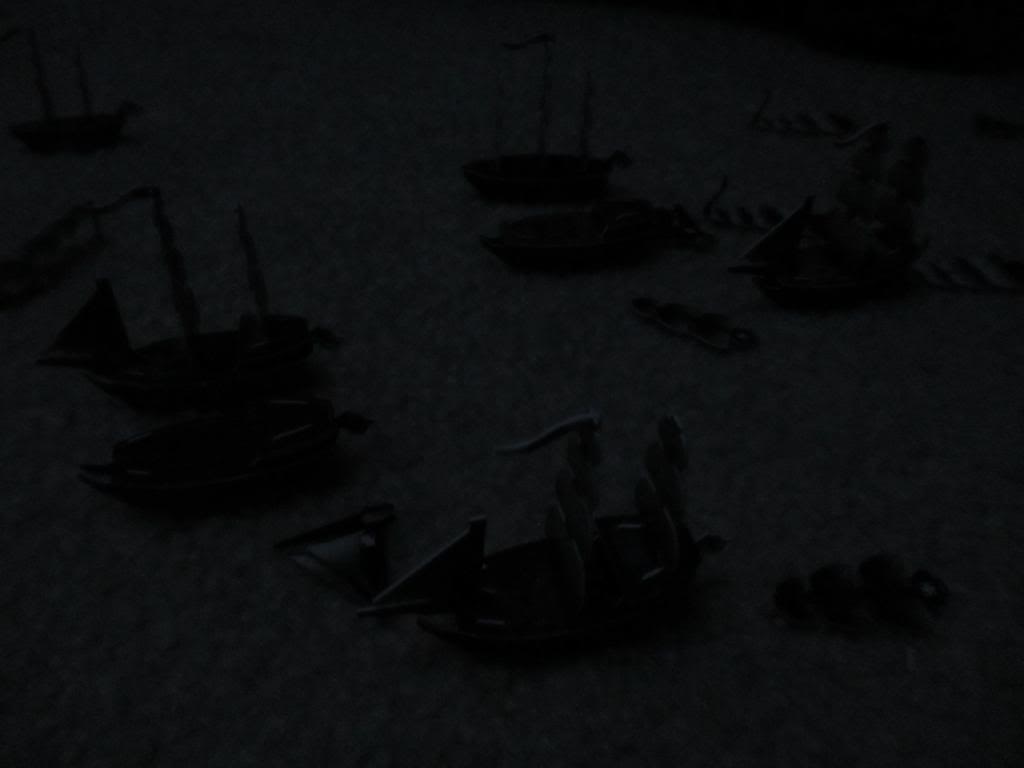 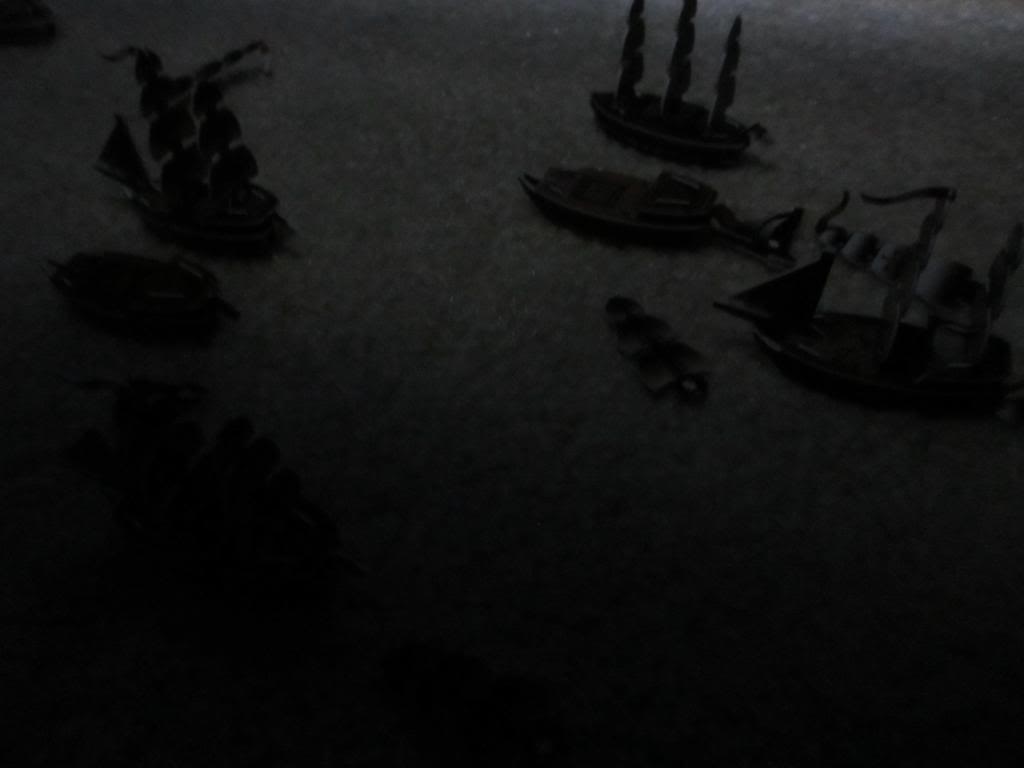 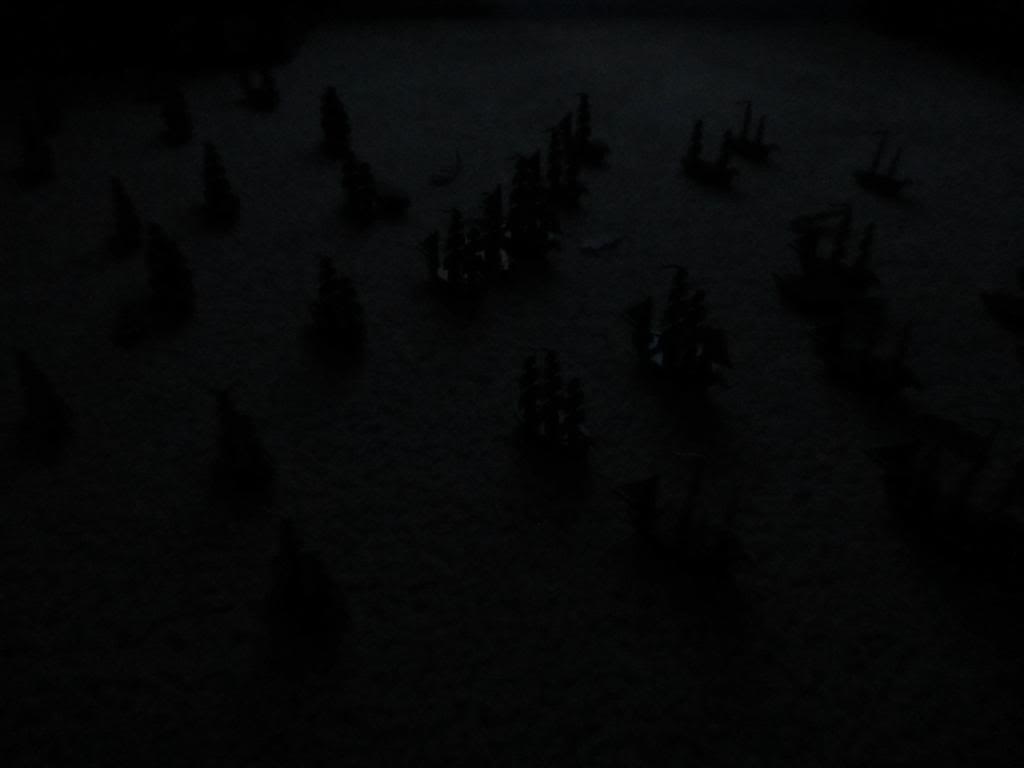 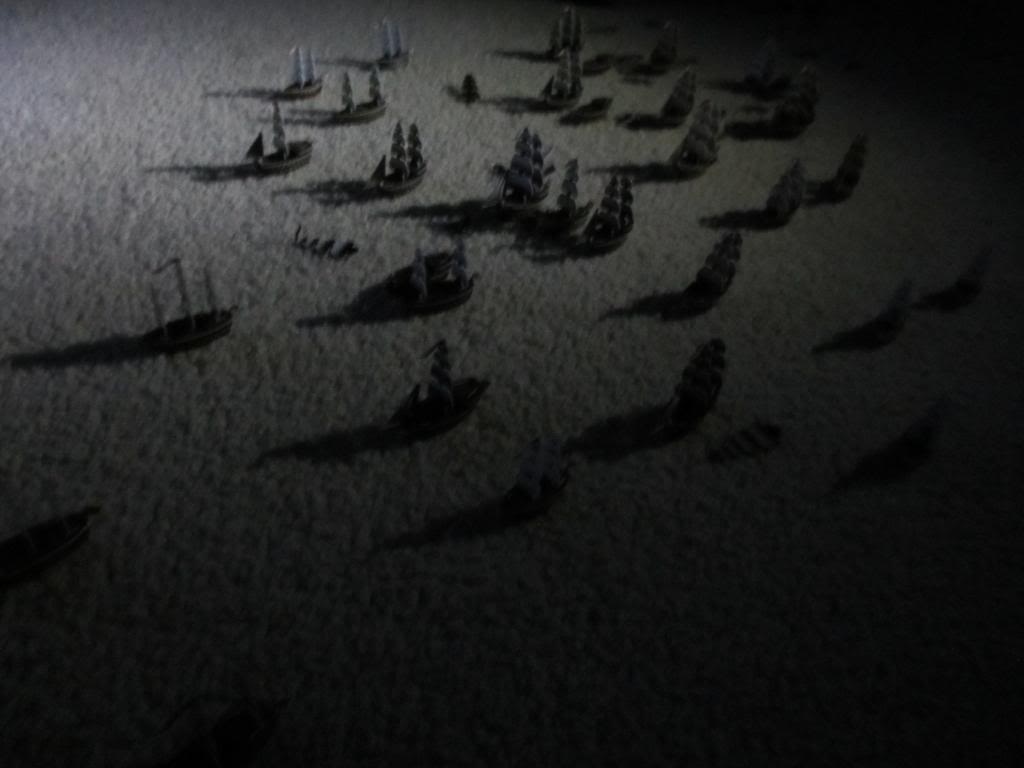 After the Apollo harassed the Monarca, the Sandwich (Rodney’s flagship) came on to end the battle: 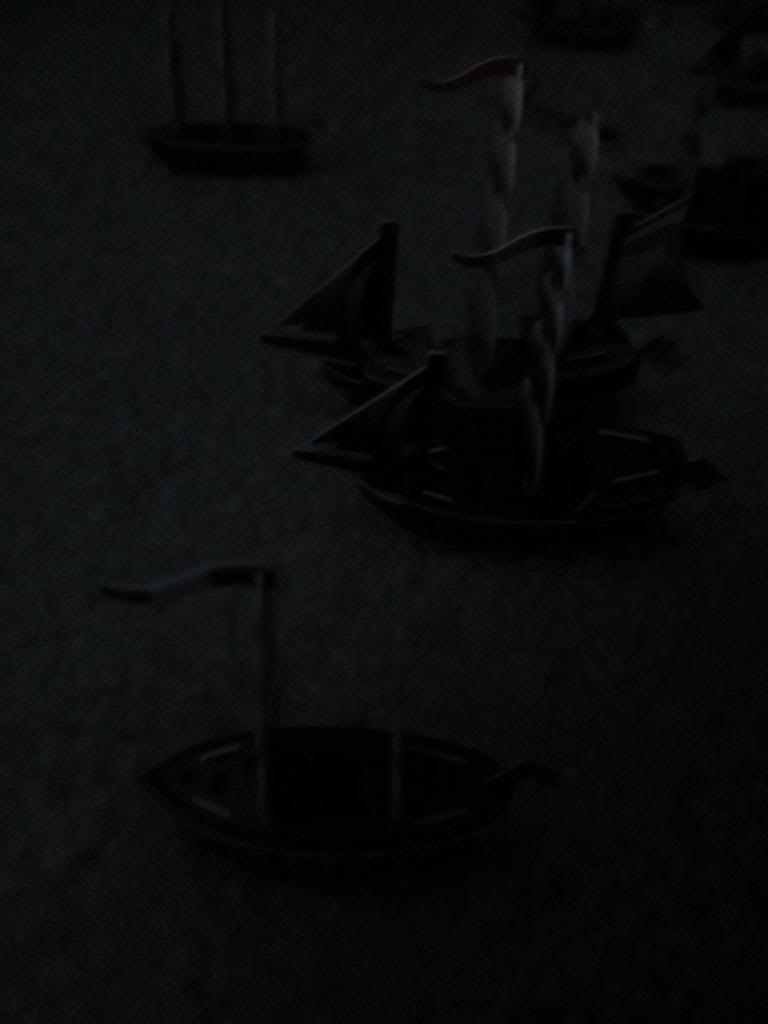 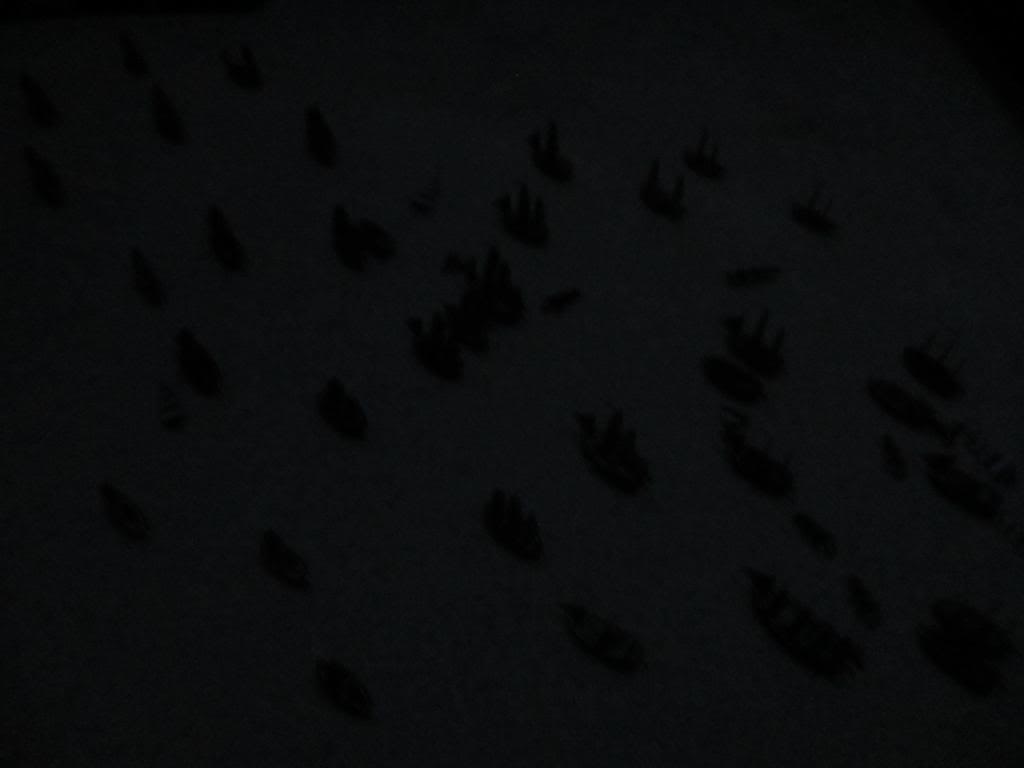 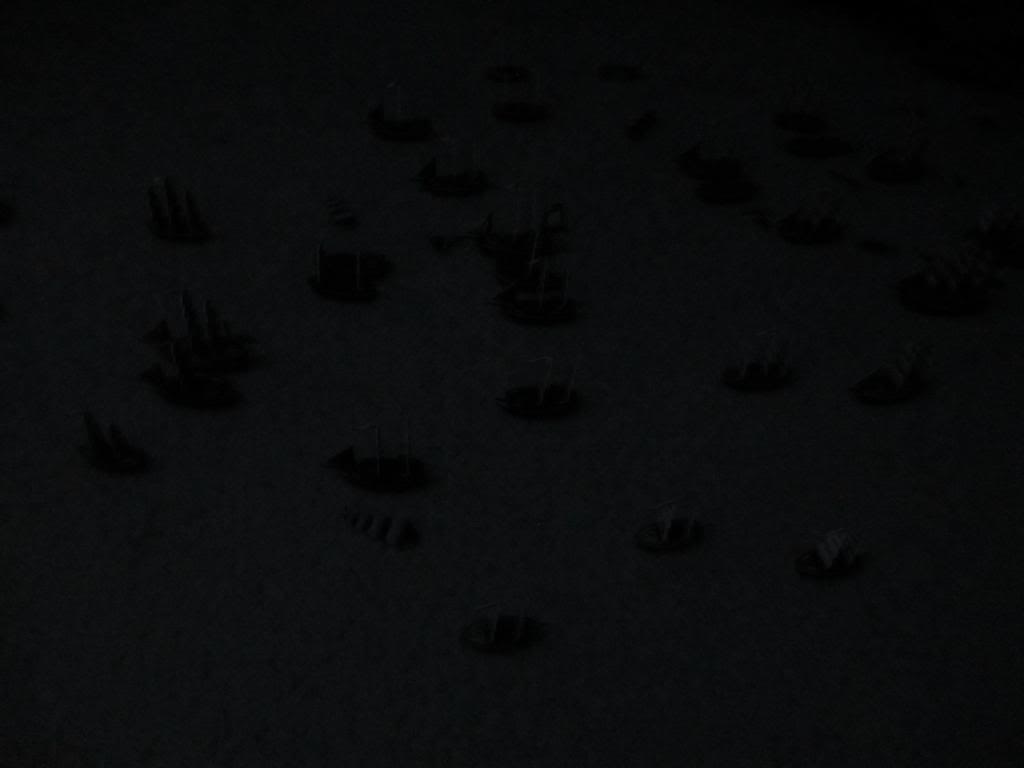 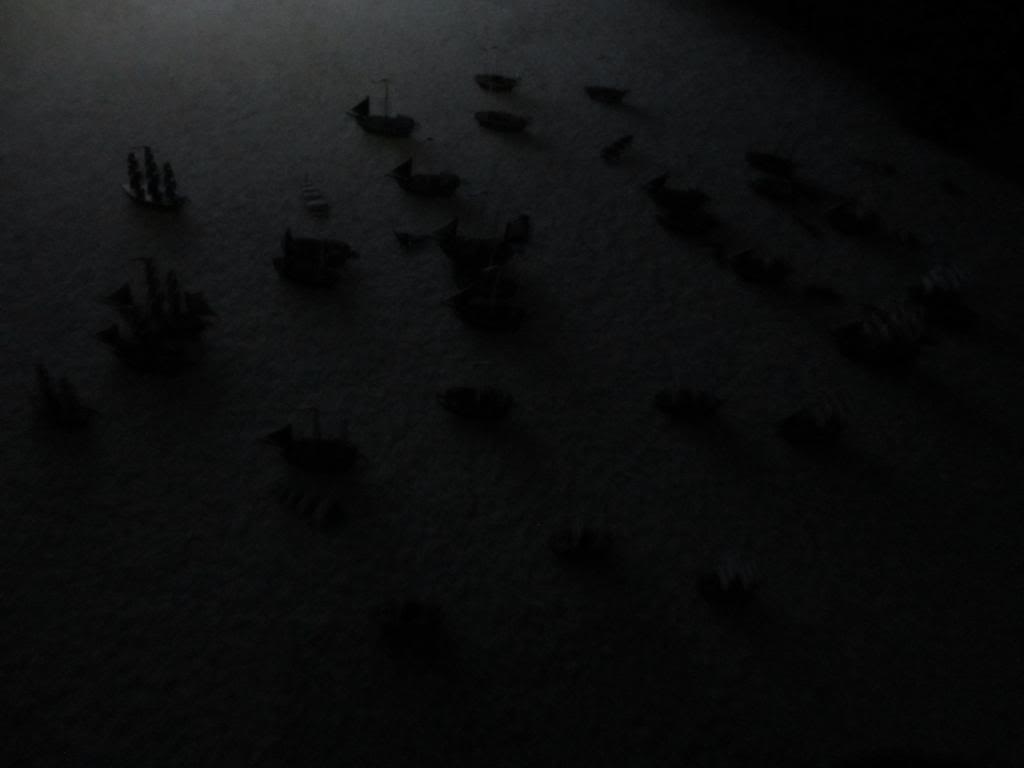 If there had been a full moon: 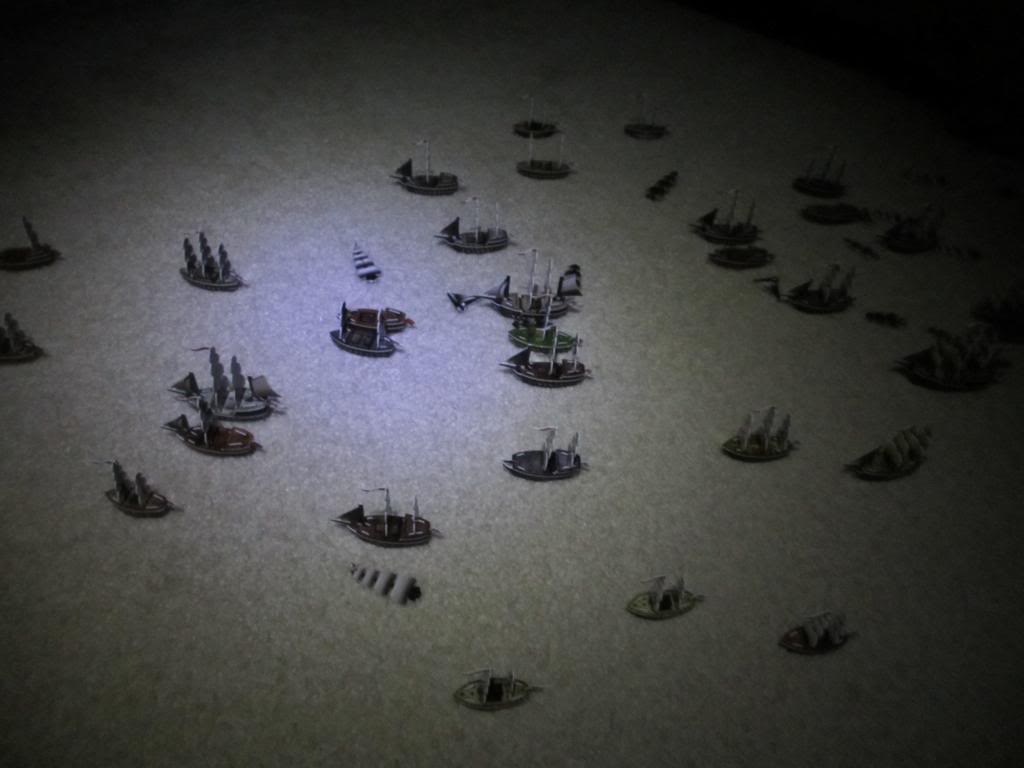