I was only able to play one turn today, but there should be an absolute intensive flurry of turns over the next 3-4 days.

Gunner succeeded on his first SAT roll, allowing the Cassandra to leave Mission’s Pirate Kingdom at 6S and reach Pistol Island again! You can also see Mission leaving in the Crusher. 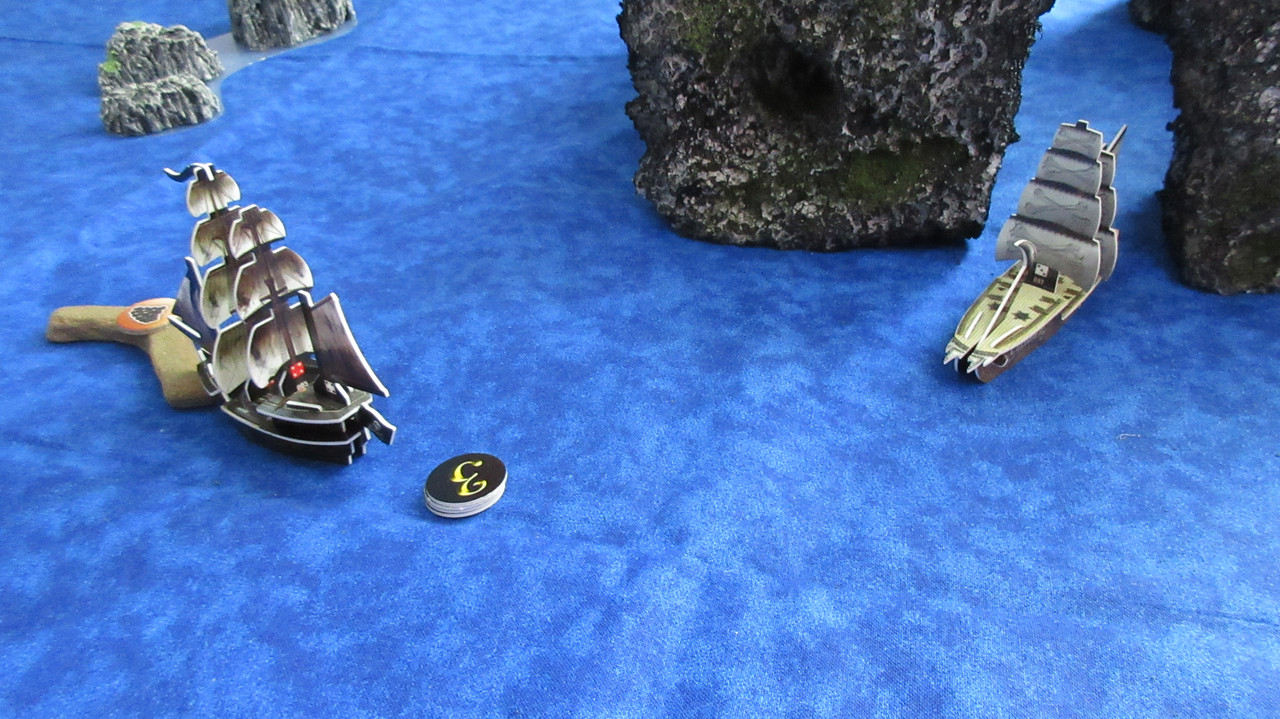 On the northern side of the kingdom, the Fancy loads more spices while the Smiling Jim sails out with Doombox in tow. 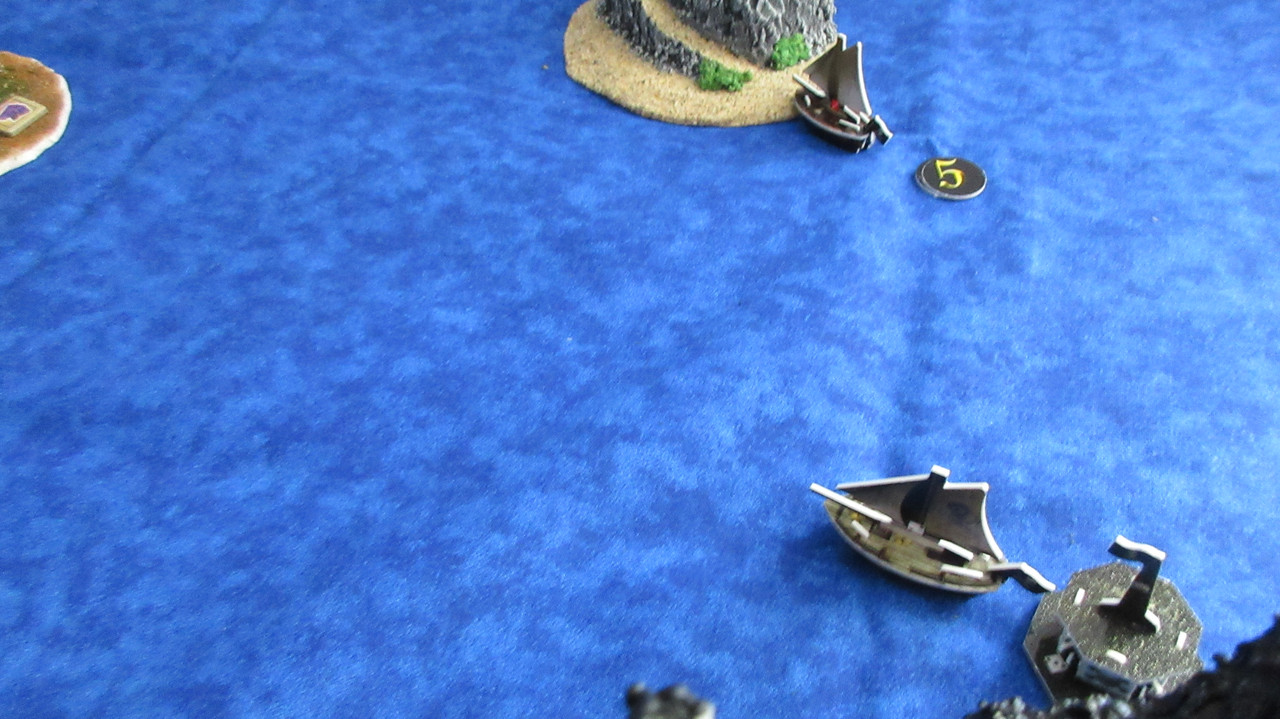 The Grand Wind returns home with textiles and the Jade Rebels have their first launch! The Virtuous Wind is built, and crewed with a helmsman for now. 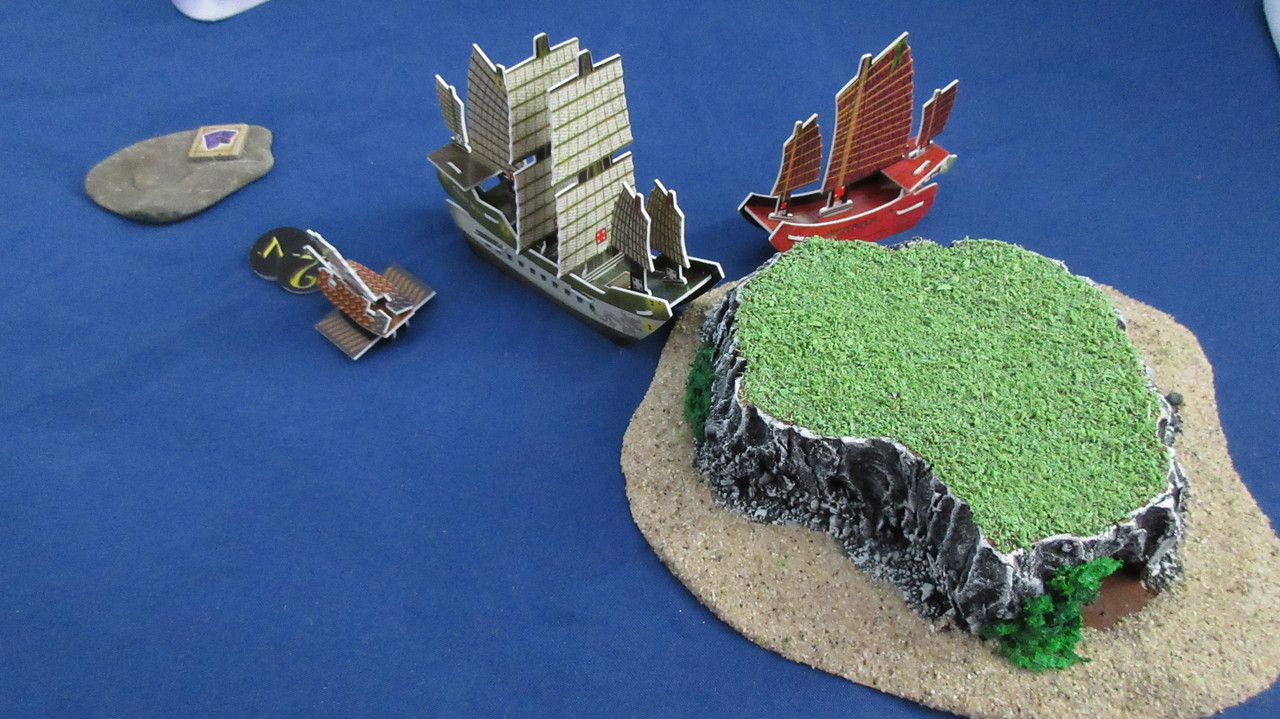 An impressive sight: the English, sailing straight back to Diamond Rock with their new ship and the first army units in play. 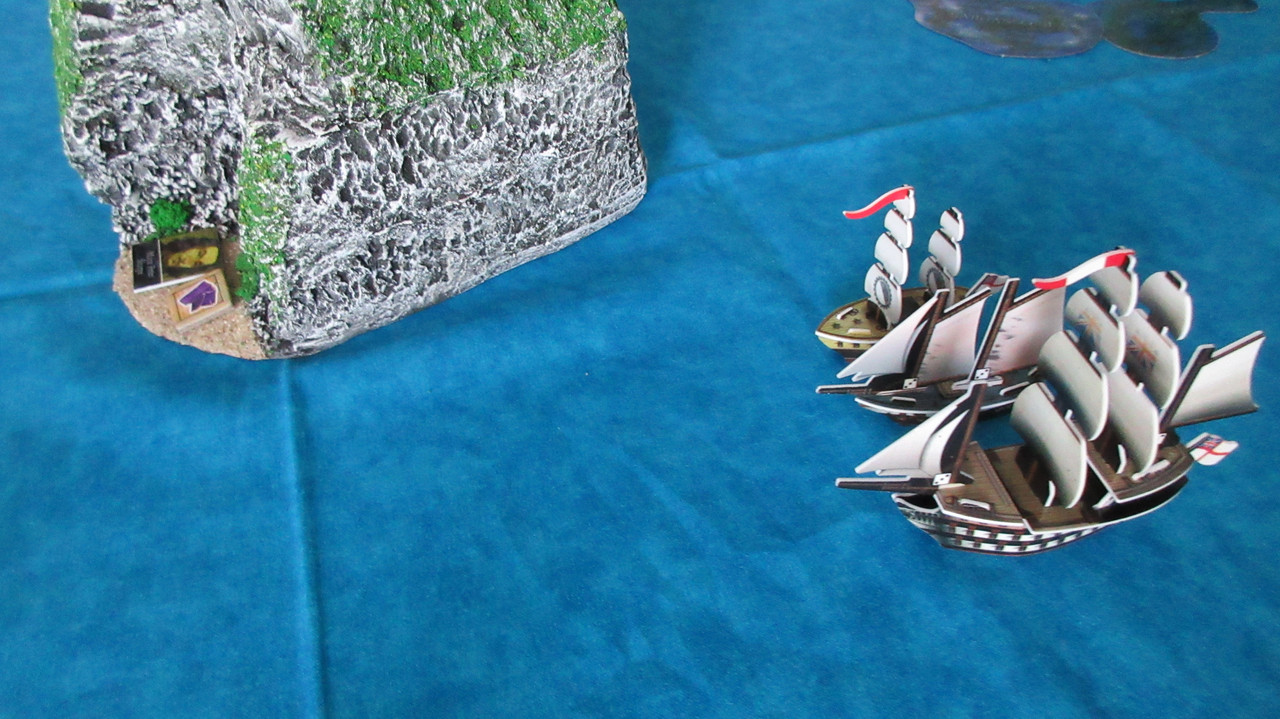 Paradise indeed! The Ebro explores Paradise Island, finding not just gold, but metals as well! She and the San Estaban load some coins, while the Magdalena loads a coin of her own and a metal token. 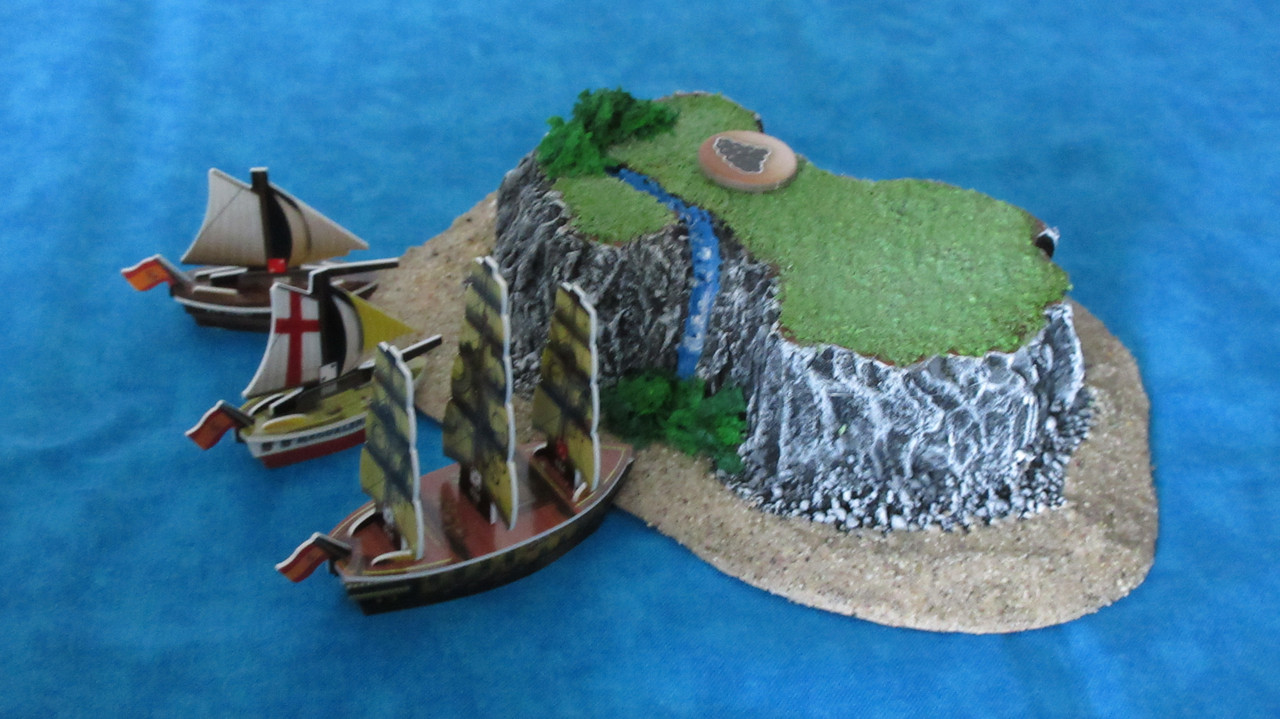 With an Admiral’s Action given to the newly launched Lyon, the French set out in force. 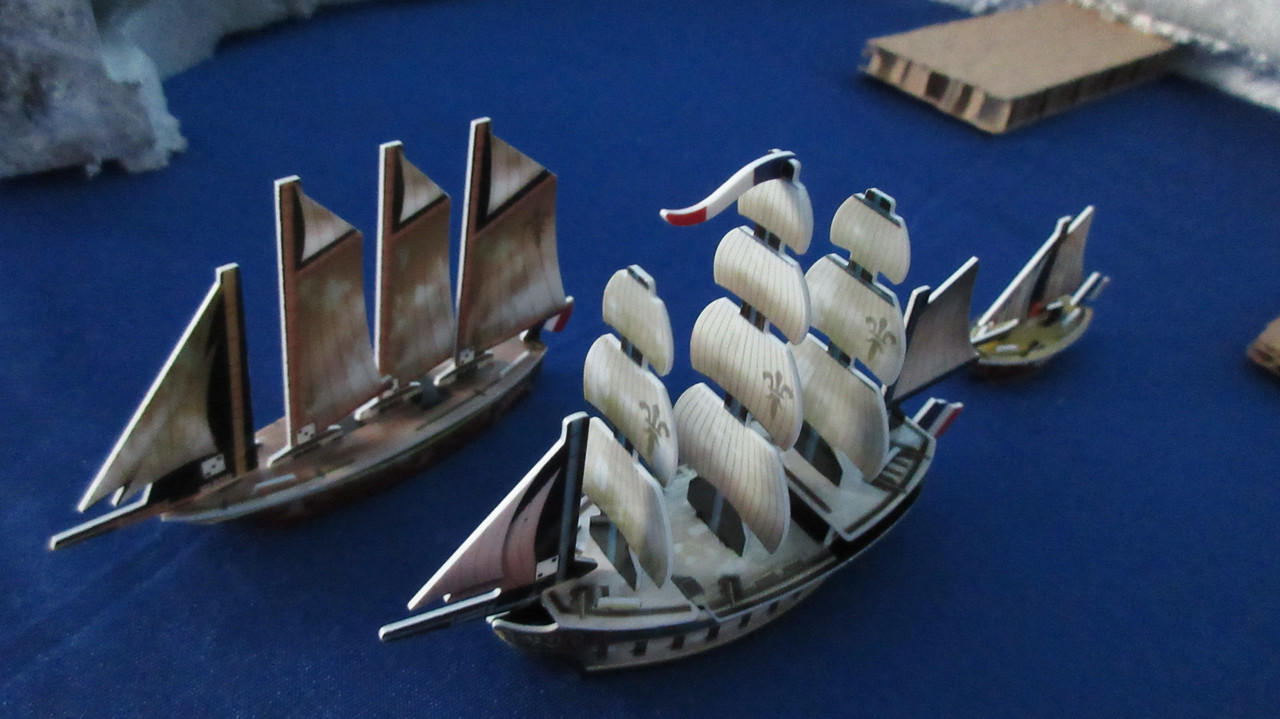 The Bonhomme Richard loads more luxuries from Ruby Island and the Argo docks home her spices. Those resources are the least valuable right now, but this was the last turn of the first 8, and the first resource change will occur on the next turn! 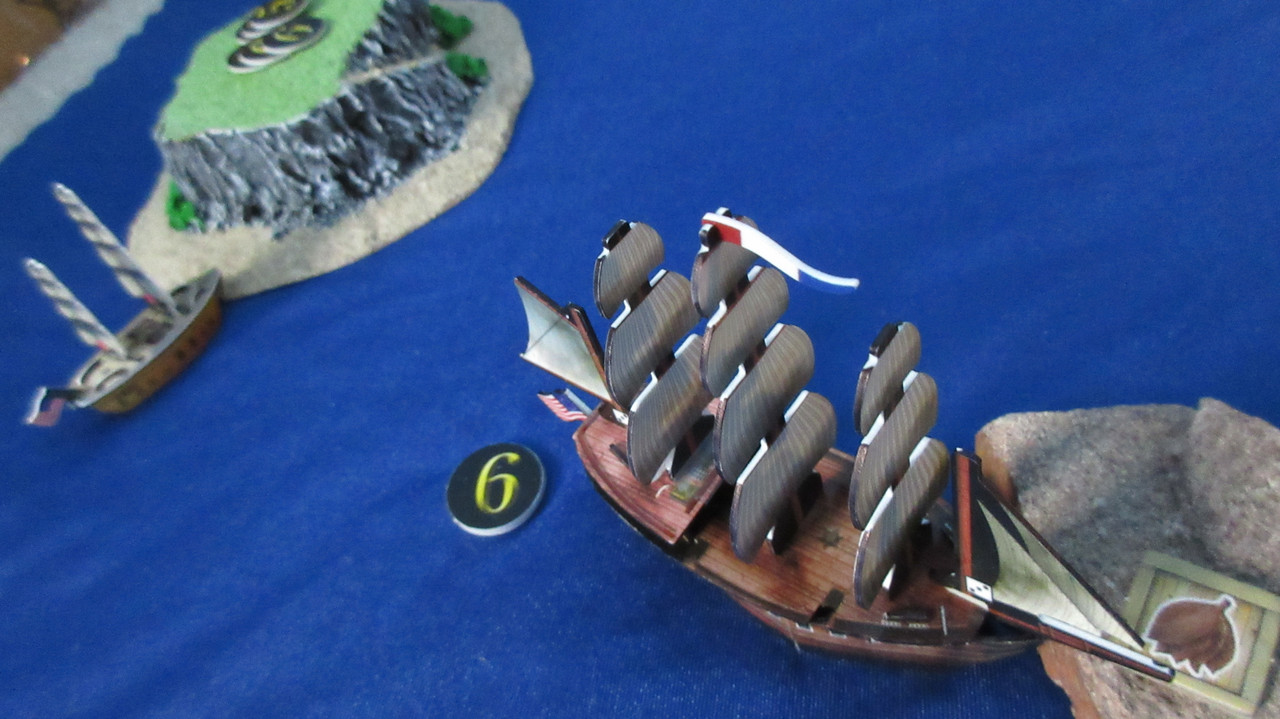