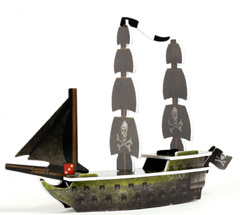 The Selkie is fun and underrated.

This is nostalgic and just a personal fleet of stuff I like in the Pirate faction. Only Hammersmith and Gallows weren’t in my original collection from 2005-2006, and I got Gallows early in 2011 when I came back from hiatus.

The Selkie is the main gunship and has decent potential speed and firepower. The Cursed Blade was the subject of my first review, and has a decent crew setup to let her be a hybrid raiding ship. The Carrion Crow could use a captain but I didn’t have points, so she’s a backup hybrid and will hopefully either get some gold or score a few hits. It was very difficult to choose between the Lightning and the Coral.

The UT’s were chosen as some of the first ones I ever had.