I wanted to max out my points expenditure, so I went with HMS Dreadnought and USS Springfield, basically the two most expensive ships of their rarities.  (some other commons are also 18) 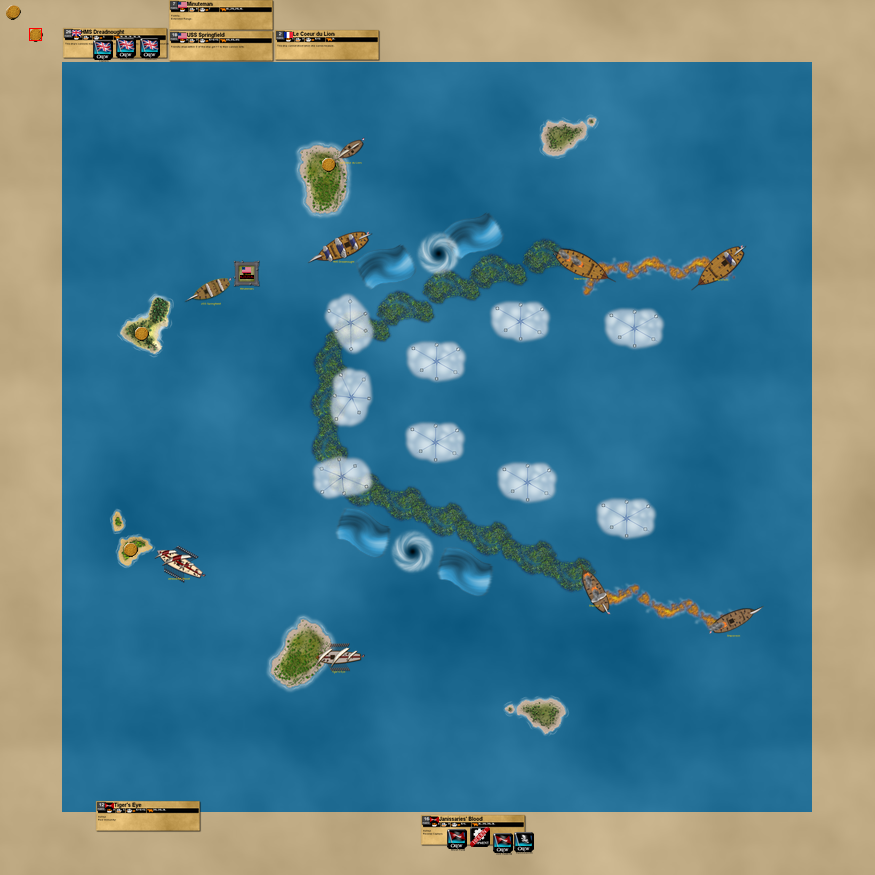 The Tiger’s Eye found a bunch of UT’s at her first island, including Wolves. 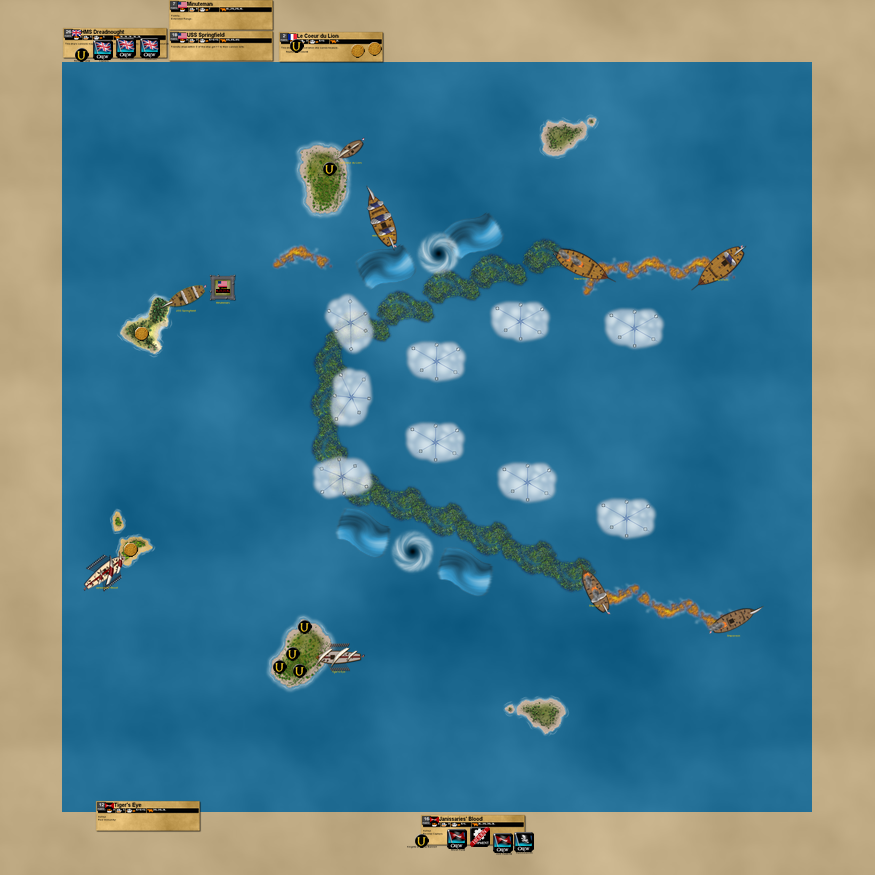 Through the custom Fountain of Dreams UT, I was able to get Nemo’s Plans on the Dreadnought and then transfer Neptune’s Trident to the Dreadnought from the Coeur, thus making a powerful ship even more extreme. 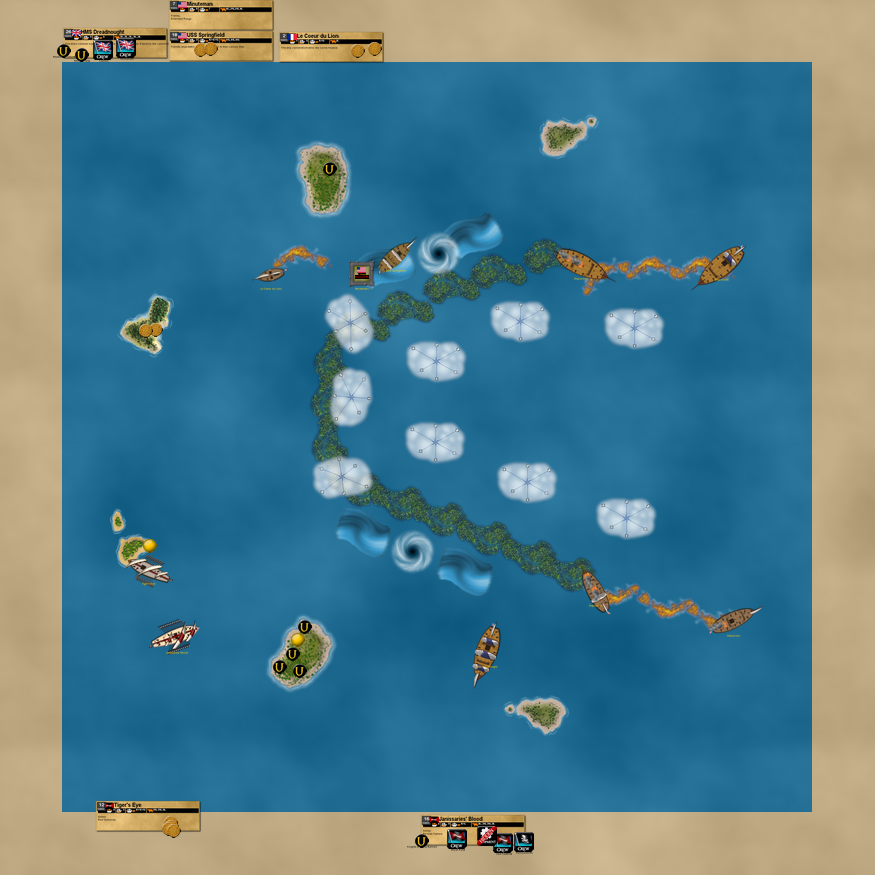 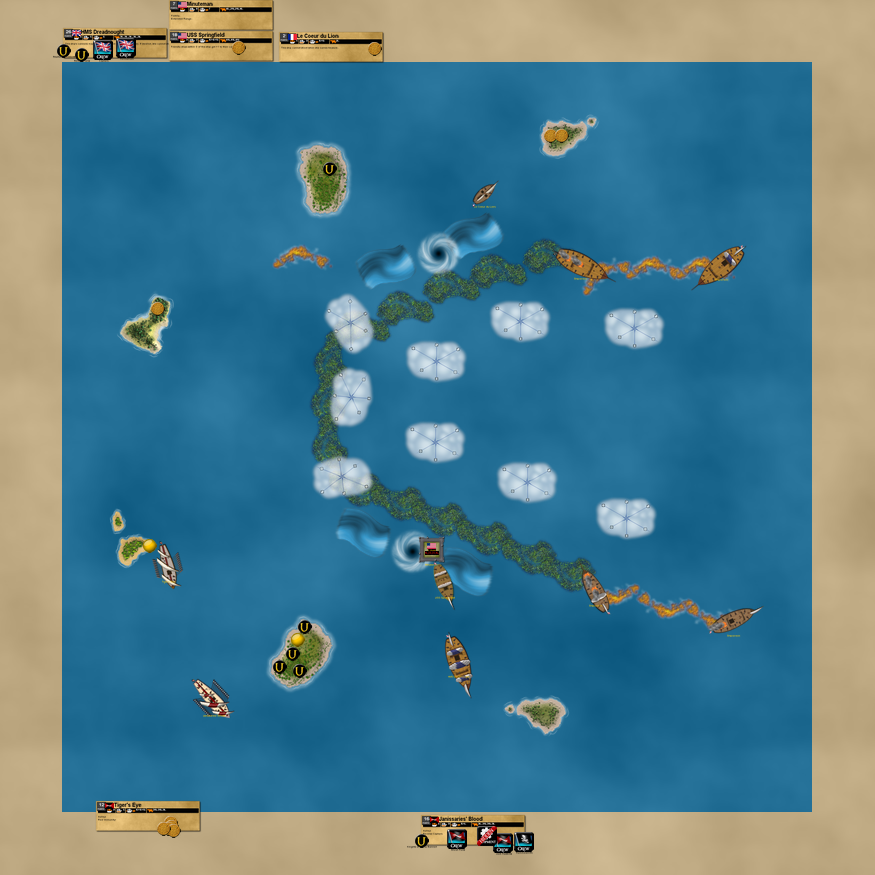 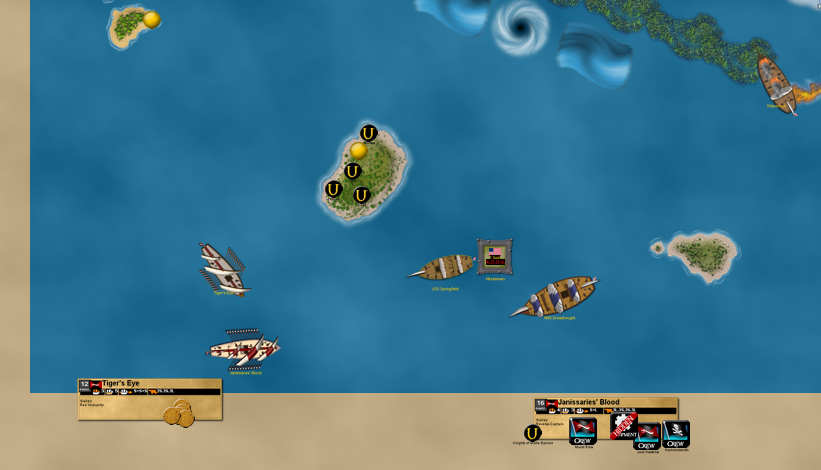