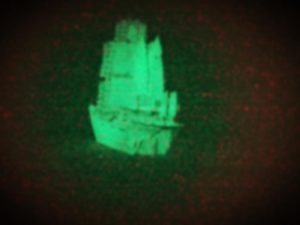 There ain’t no grave
Can hold my body down

This is simply a fleet that is designed to not die. Everything in the fleet is based on surviving through hell and back. The main goal is to keep the ships afloat and keep the crew alive. Before continuing, I will admit that this fleet has two major weaknesses: Stinkpot Stuff and cancellers.

Here is the setup for each of the ships:

Ability: This ship gets +1 to her boarding rolls. Once per turn, one crew or ship within S of this ship can’t use its ability that turn.

Concordia
-Built in offensive ability
-Eternal
-Oarsman (prevents capture and lets the ship shoot 5 cannons with no masts, must be eliminated for capture)
-Crew cannot be eliminated (lol)
-Most offensive ship in the fleet (EA + reroll w/captain and helmsman)

La Republique
-Can’t sink (but “can be scuttled”)
-Oarsman prevents capture and dereliction, and therefore the ship can’t be scuttled (lol)
-Cancelling
-Perfect combo because Ex-Patriot wouldn’t work with Eternal anyway, and ship provides Davy Jones with an ability to copy for a cheap point cost

The point total quickly escalated above what I had originally intended, and the Republique and Davy Jones weren’t part of my original idea. At 160 points, your opponent could certainly craft a fleet that could take this apart, but it would still be incredibly annoying to deal with.

Well, look way down the river
And what do you think I see
I see a band of angels
And they’re coming after me

This fleet was inspired by the song used for the trailer for Dead Men Tell No Tales.

Fleet picture from MT isn’t loading, so you can see the fleet here as well.