Play has resumed! Only one faction turn so far, but with more in the coming days.

The game needs to end by around December 20th. With around 9,000 points still in play, this means I need to do some drastic changes to the game in order to have a reasonable conclusion. As you will soon see, Turn 75 marks the beginning of the endgame.

The Pirates have done it!!!! After MANY turns of work, they have put a hole in the Tunnel ceiling and now the first troops are arriving at the top!!!! 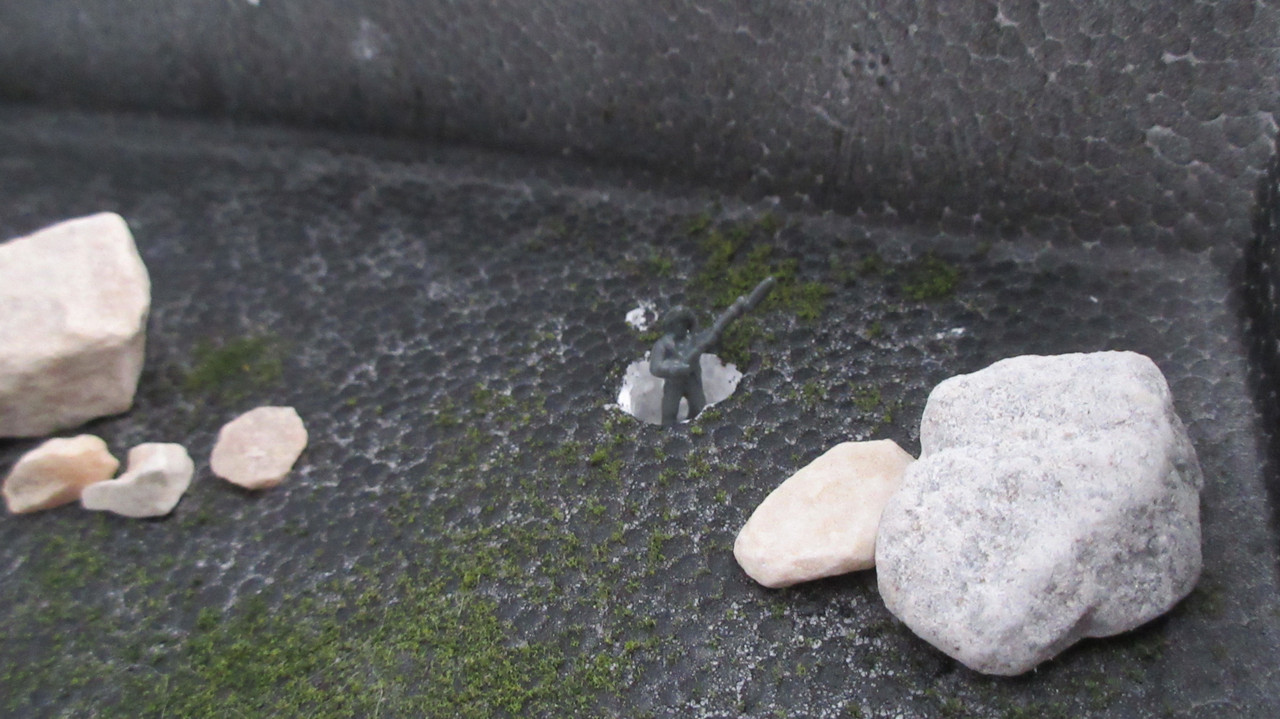 At long last, humans are atop the Tunnel!!! 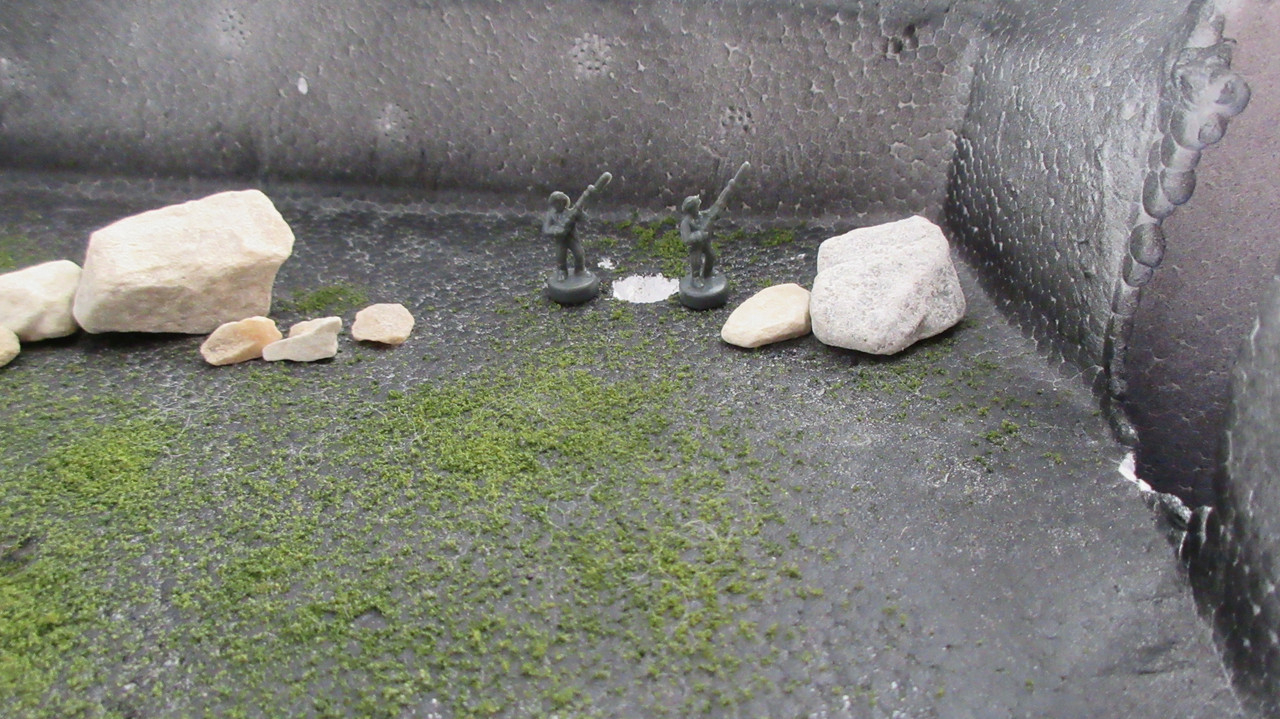 Now the question becomes: what will they do next? 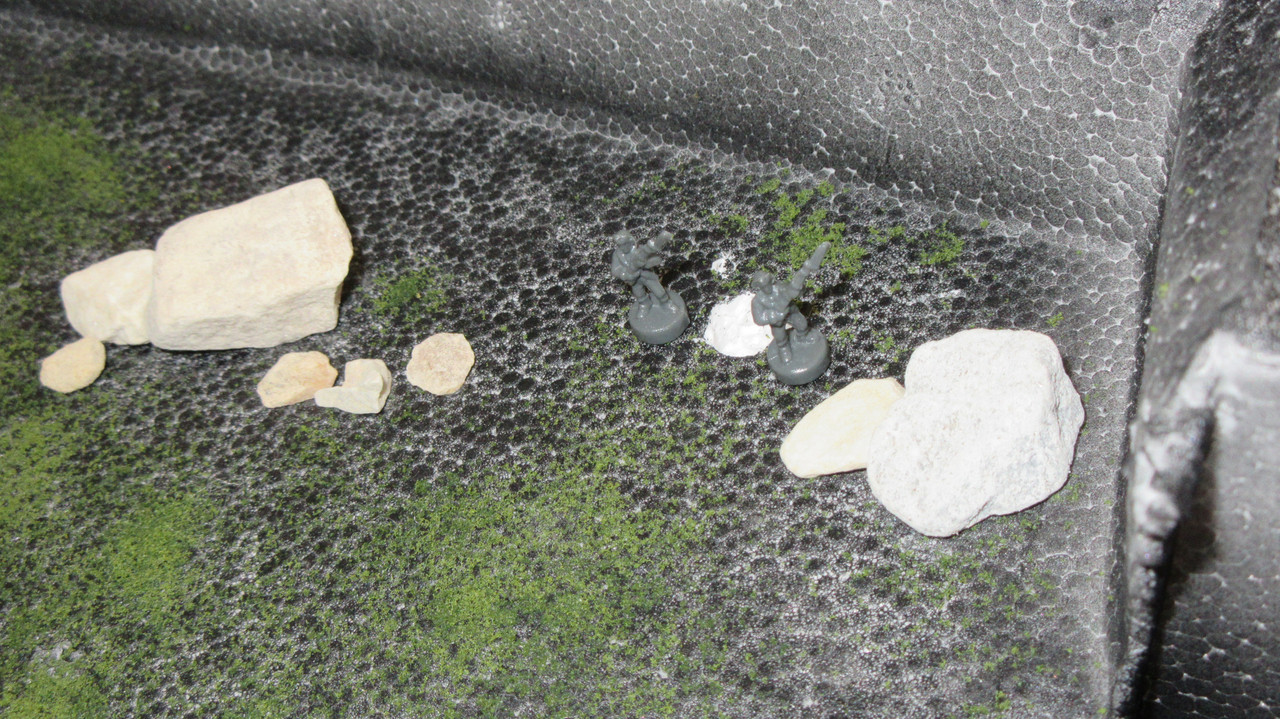 Operations in the Tunnel are going smoothly, with the Bonny Liz and Hades’ Flame about to arrive with additional supplies and equipment. 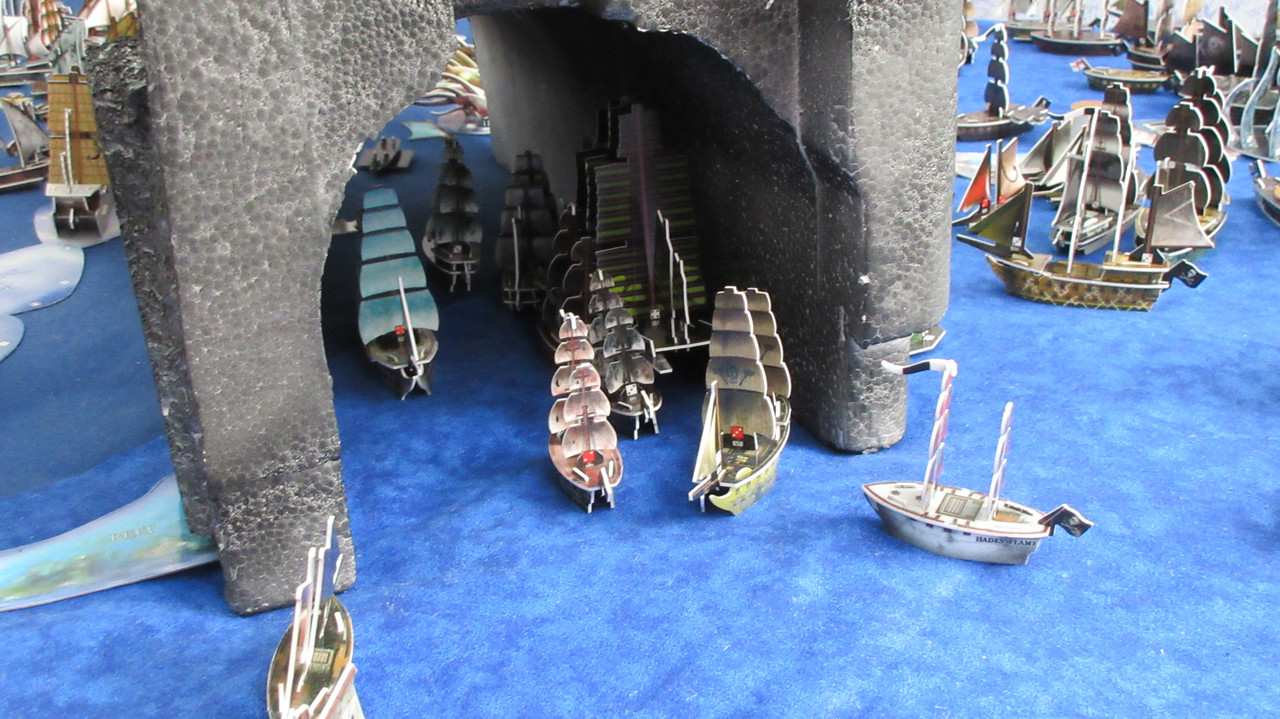 The Pirates clean up from their battle against the English: 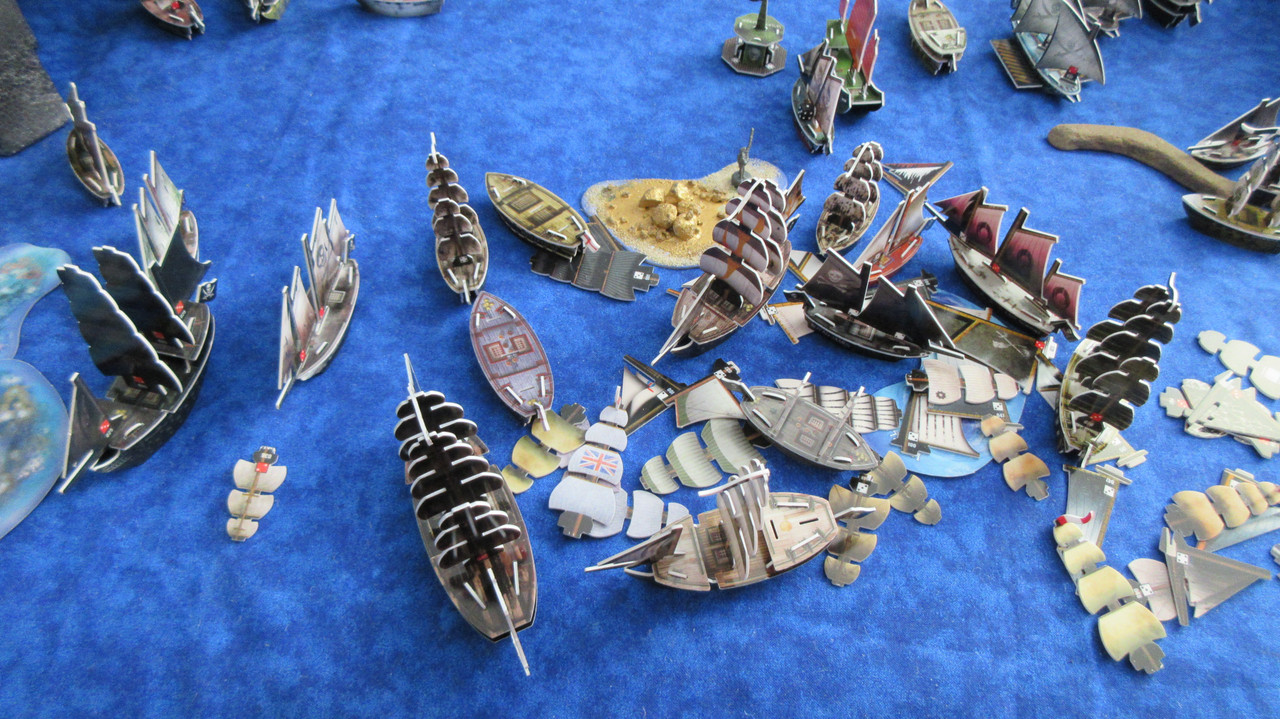 The Revenge is towed home (illegal in a regular game but docked inside the unique kingdom structure here) by the Darkhawk II. 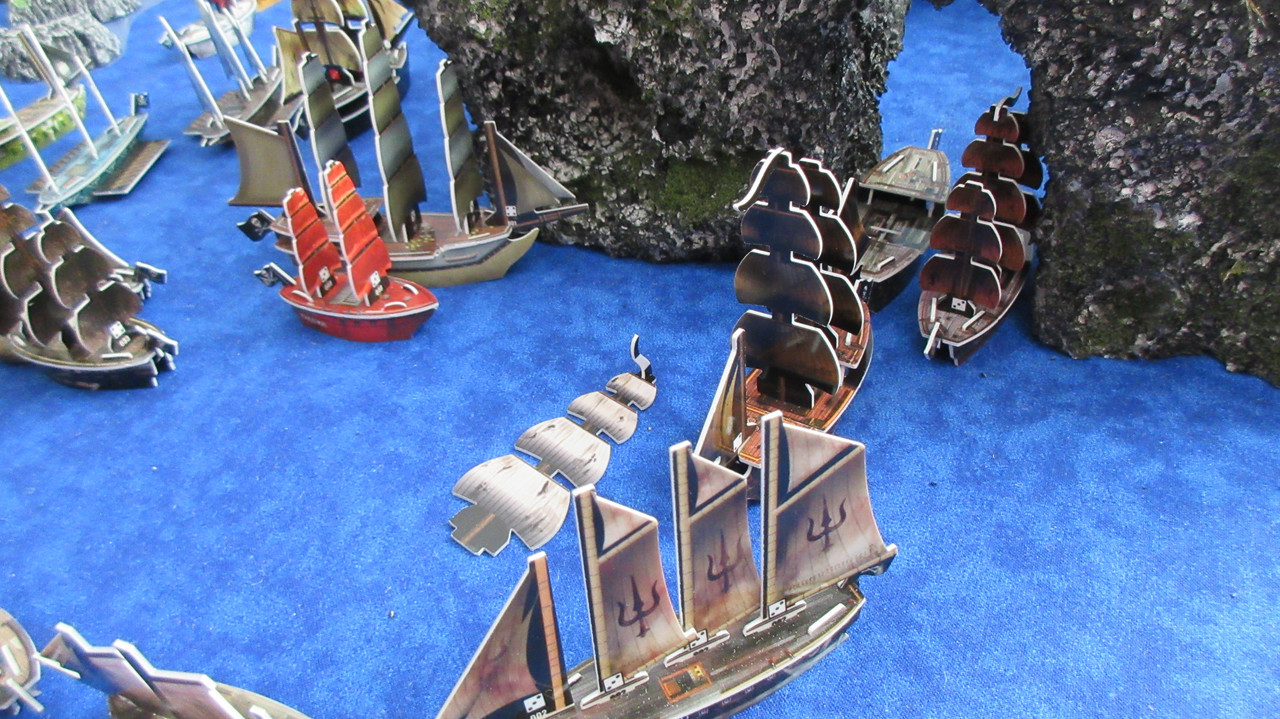 However, for the first time all game, Pistol Island is not producing metals!! 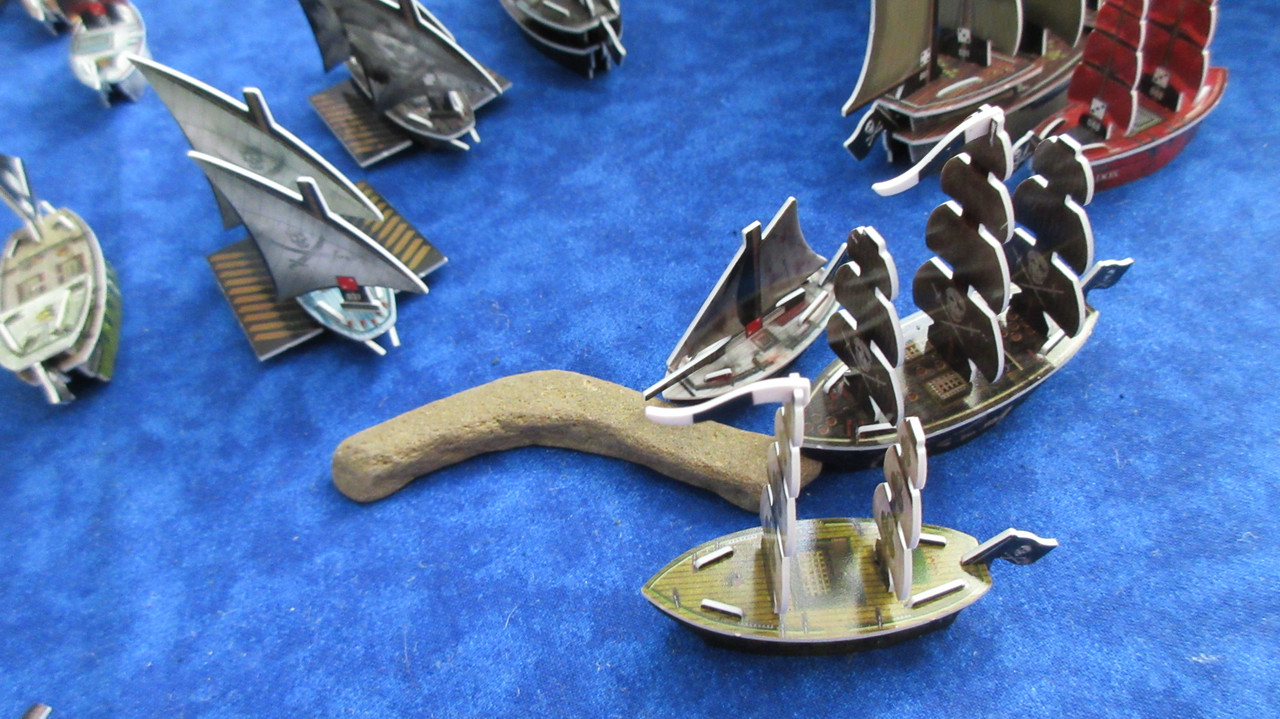 Disaster for the Pirates!! Their lighthouse island up north has run out of spices!! For now, the Pirates will have to live with what they have on ships and saved up at the kingdom. 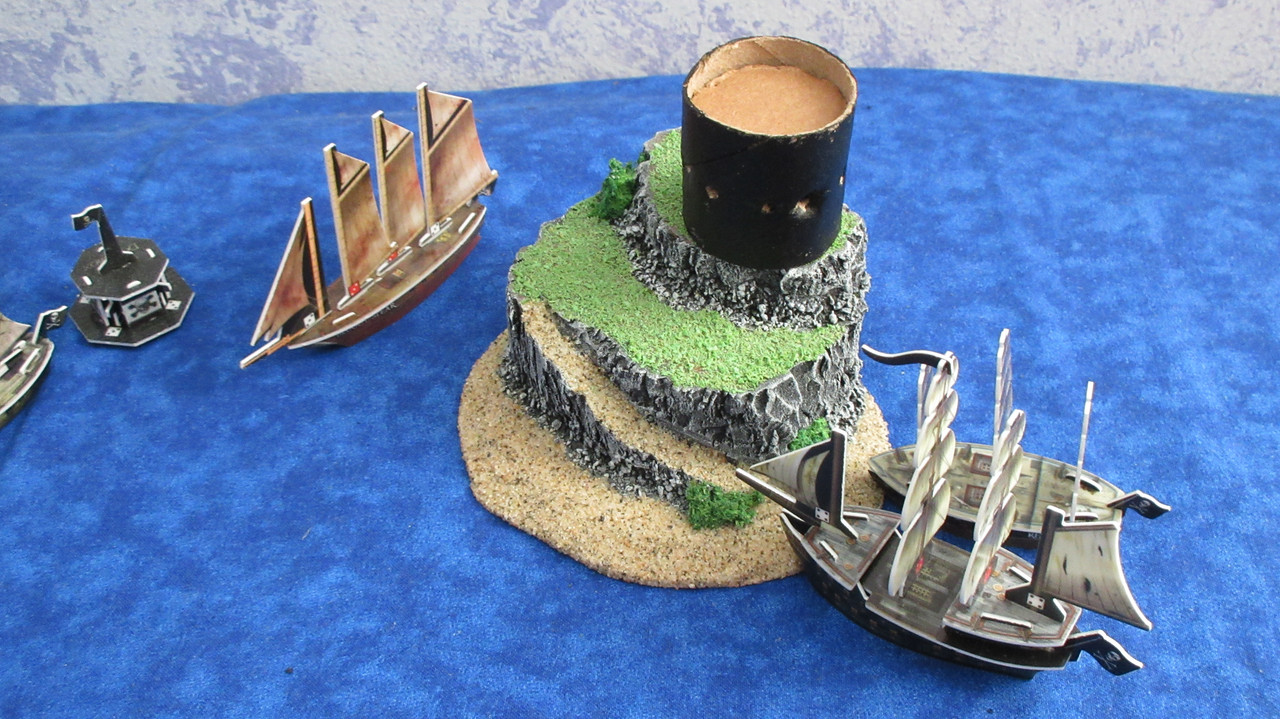 The Madagascar loads artillery, while the Otter loads infantry. Both types of army units descend from ladders at the kingdom. It looks like the Pirates’ isolationist strategy has even extended to their whirlpool squadron. 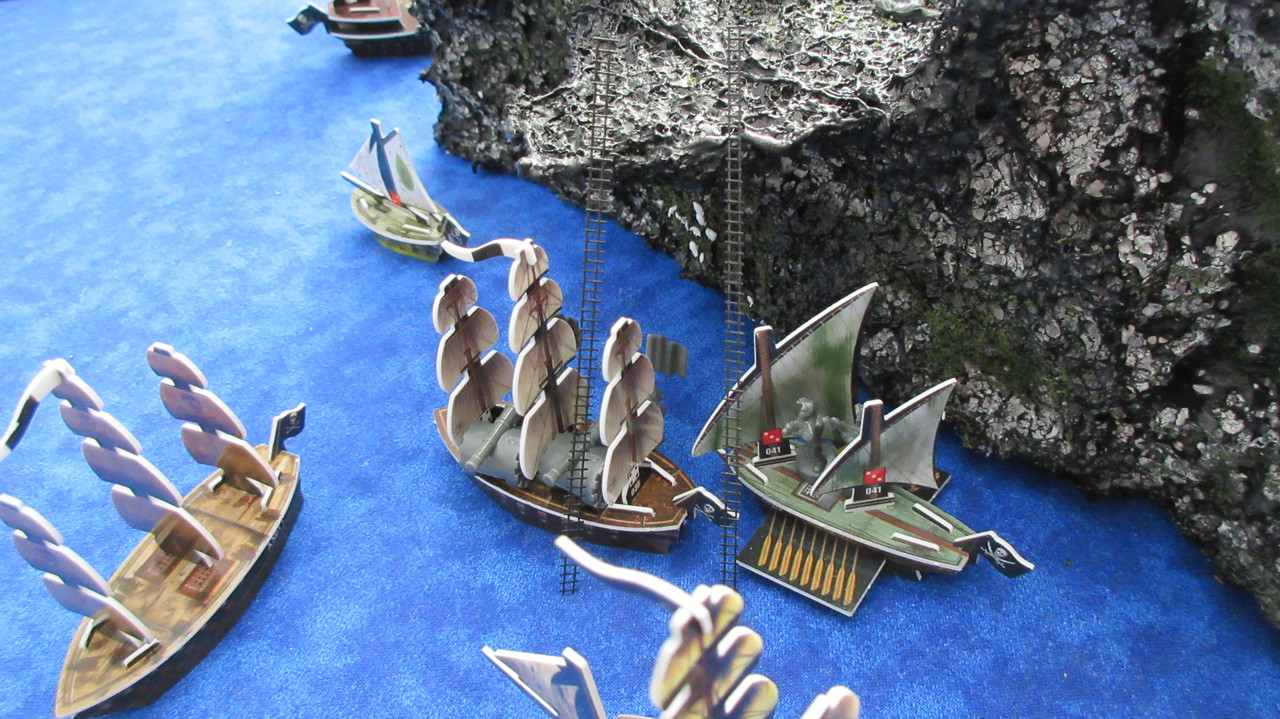 It’s disorganized, but the Pirates have plenty more land-based firepower and ladders. 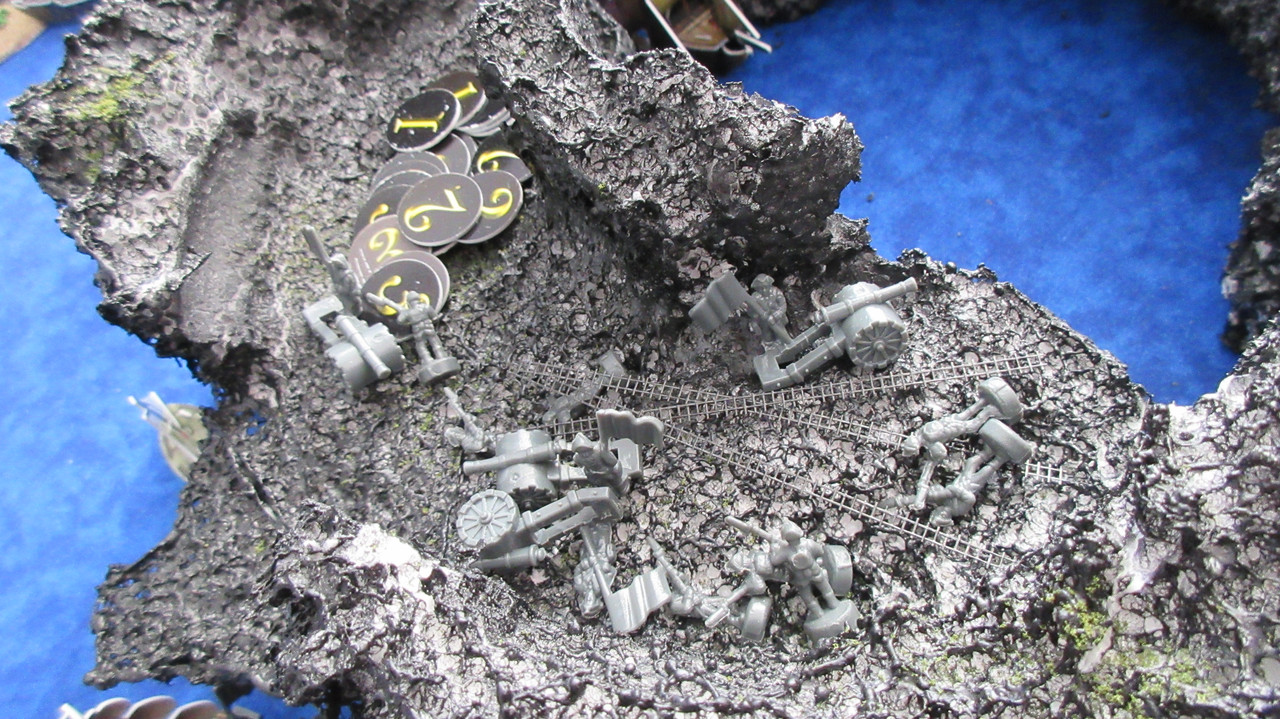 The northern whirlpool of Karkuda is completely encircled by Pirate ships: 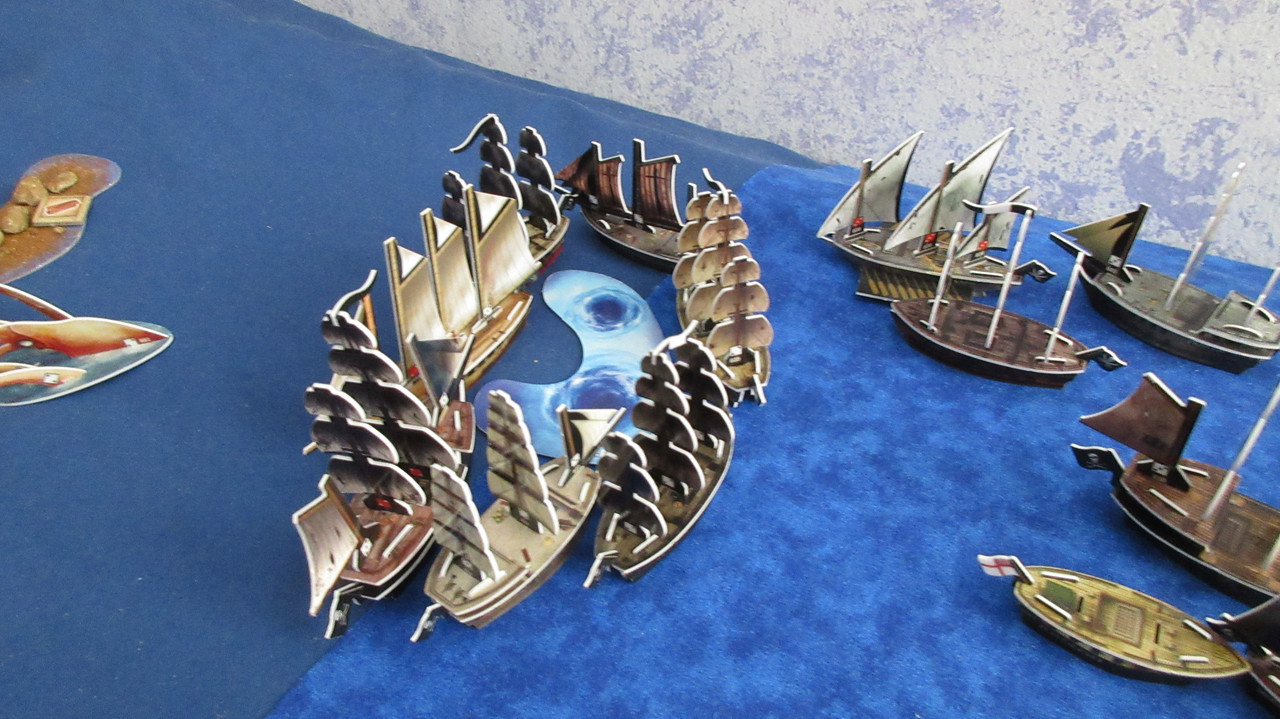 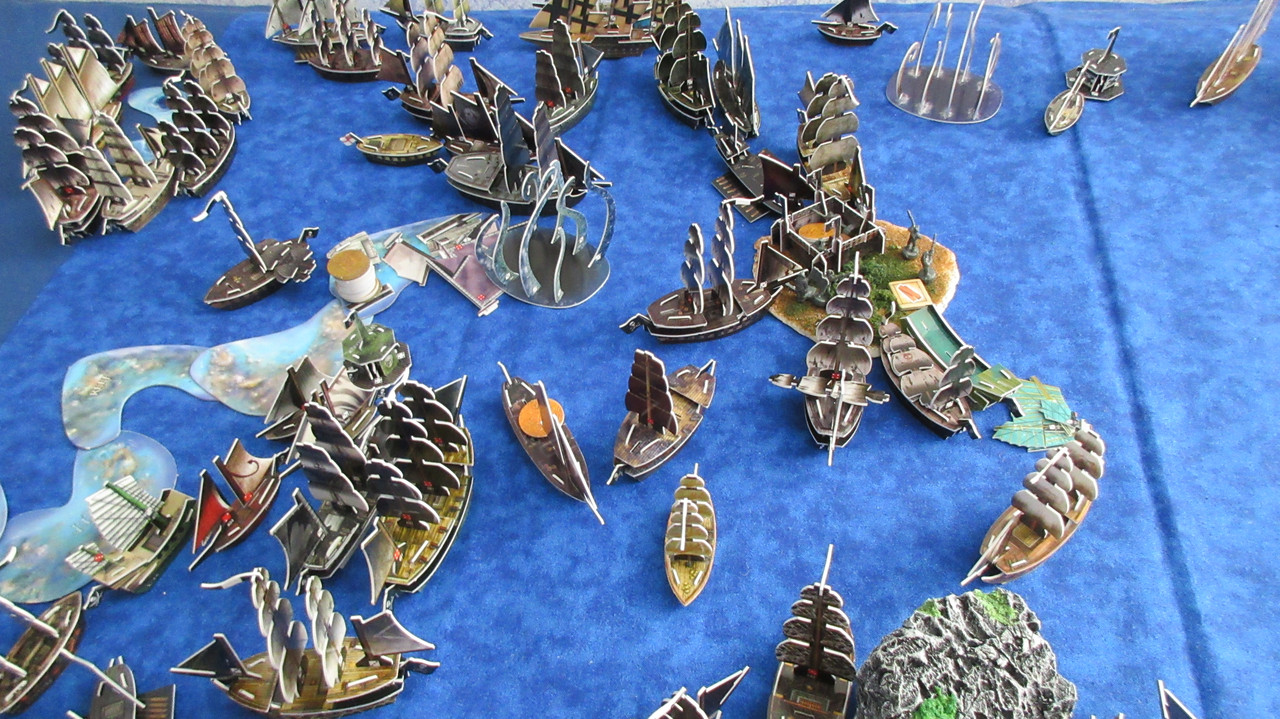 At the end of their turn, the Pirates launched the Treasure with crew. They are sitting on a huge stockpile of metals, so they’re hoping they increase in value when the next resource change occurs next turn. 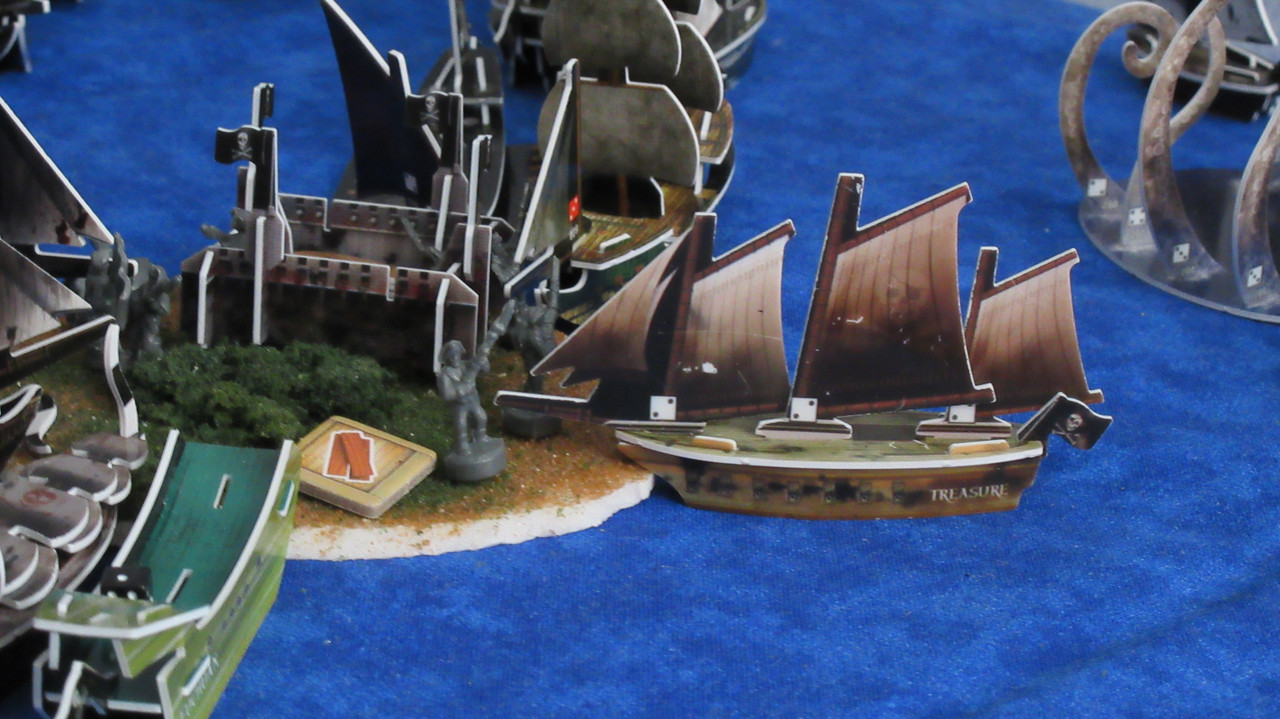 As I enter the final stage of the game with less than 4 weeks to go, I have a LOT left to do. There are certain things that I really want to happen, but the finite nature of the game will require me to “force” a few things unfortunately. I don’t think it will affect the final standings of where factions finish, but I’m pretty sure I will have regrets if I don’t do a few things I’ve been looking to since September (and even August in a few cases).