The Adventure Book is a unique, one-of-a-kind item that was never fully released.  Only one copy is known to exist.  It sold for $53.33 in an eBay auction back in 2011.  Between the awesomeness of J_ARRRRR_P and Woelf, we now have the entire contents of the book available!  The scenarios were released in 2011, and official Wizkids documents provided by Woelf show most of the stories, save for the last one.  (which J_ARRRRR_P has, and I may be “revealing” for the first time in a podcast or video)

Courtesy of the above users, here are the documents.

The writeup on Wikipedia:

2009 – proposed but not released – a “Pirates Adventure Book” box including new ships, crew and treasure: one Pirate fleet with ships Charming Mary and Mercy, and crew Sean ‘Cannonball’ Gallows; and one Cursed fleet including ships Demon’s Heart and Wraith, and crew El Fantasma; also four Unique treasures (a Red, Blue, Yellow and Green ‘Gem Shards from the Eye of the Leviathan’); a new plastic Map with 6 preprinted islands on it, and four “fiction pieces” with scenarios.

Here is the original thread at Miniature Trading concerning the scenarios!  (I think the reason I didn’t comment at the time is because it was my first year getting back into the game and my obssessive nature with it didn’t kick into high gear until late 2014/early 2015.) 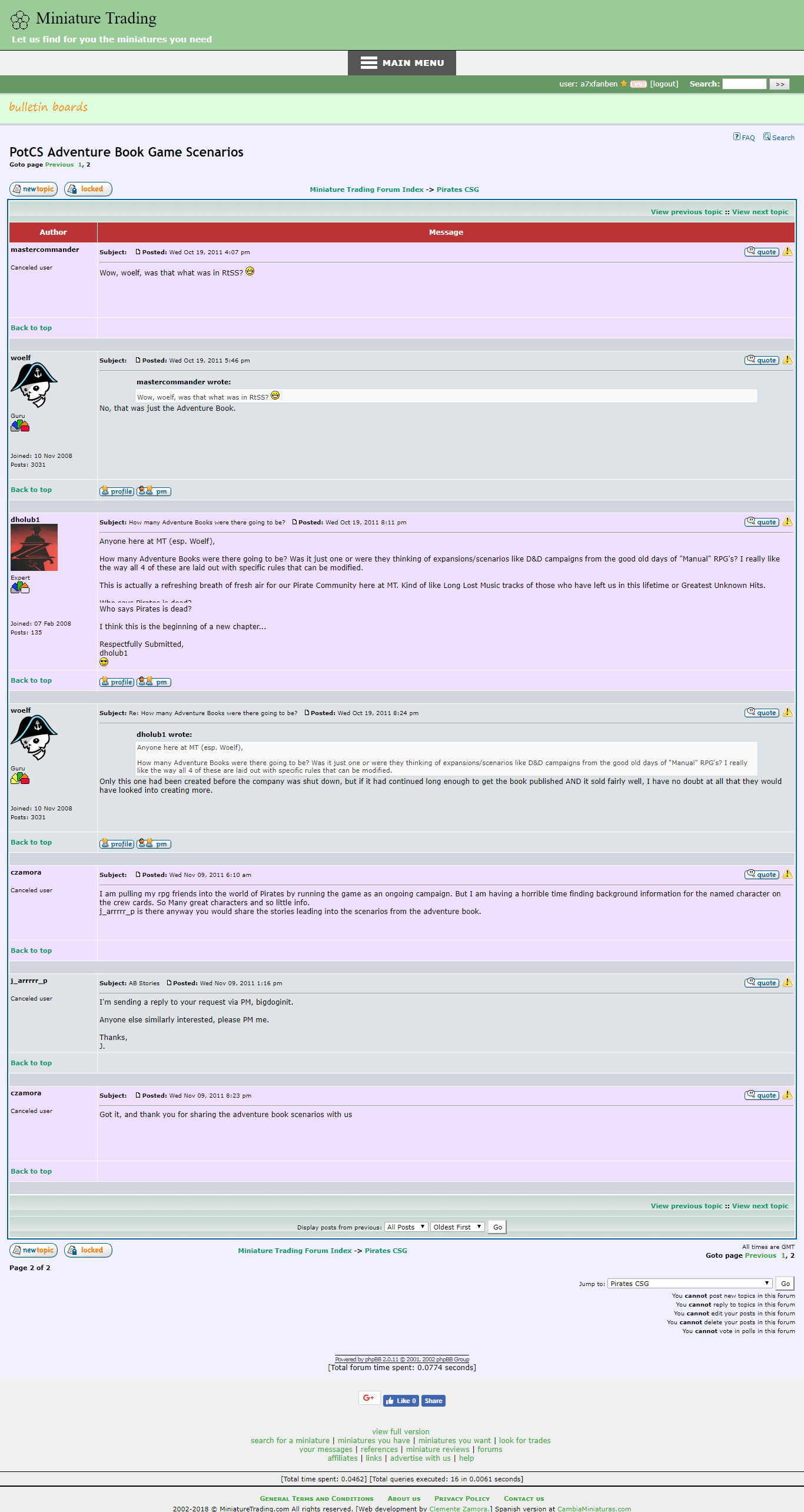