Just played a game with repkosai and joulex! It was joulex’s first game on the VASSAL module!

This was the turn order:

a7xfanben
The Best Raiders of Spain

4 wild islands with 6 coins apiece, and a bunch of terrain with round earth rules: 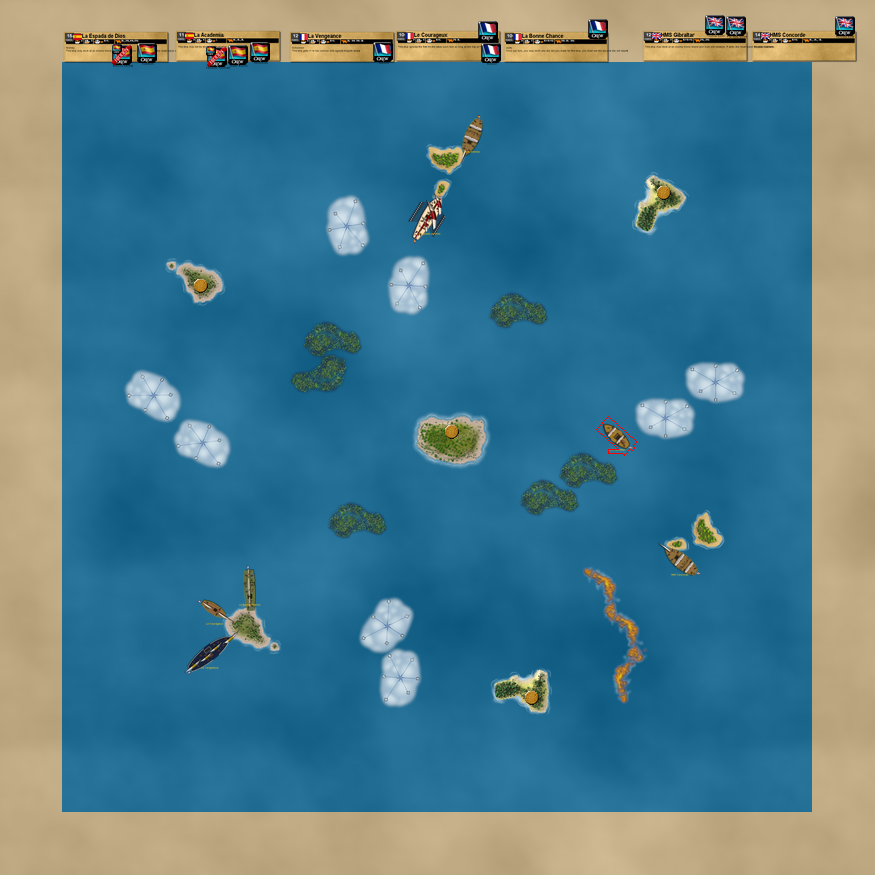 The English reached the middle island first, but the French were quickly upon them! The French were helped out by Odin’s Revenge, put into the mix by the Spanish. The Vengeance had explored the southern island but got tossed to the middle by Message in a Bottle. 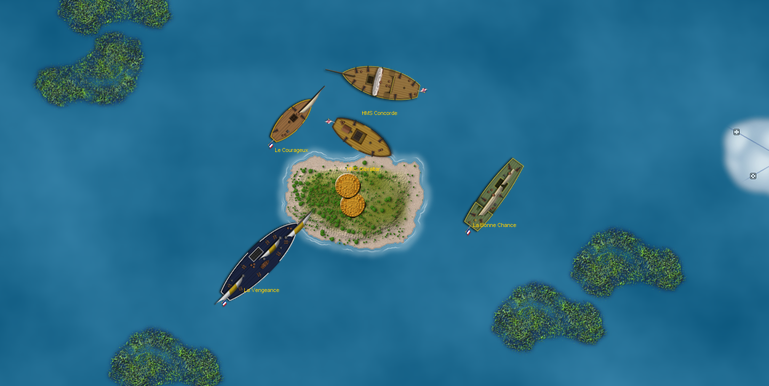 Despite dismasting the Bonne Chance, the English were quickly out of the running! Repkosai scuttled both of his ships, and it was down to the French and Spanish. I was quite happy with how things were turning out, as the Academia and Espada de Dios were able to clear out an island while the other fleets fought.

The Courageux is towing the Bonne Chance, while the Vengeance is looking to dock home her gold. Little do the French know, the Spanish have a devious and evil plan… 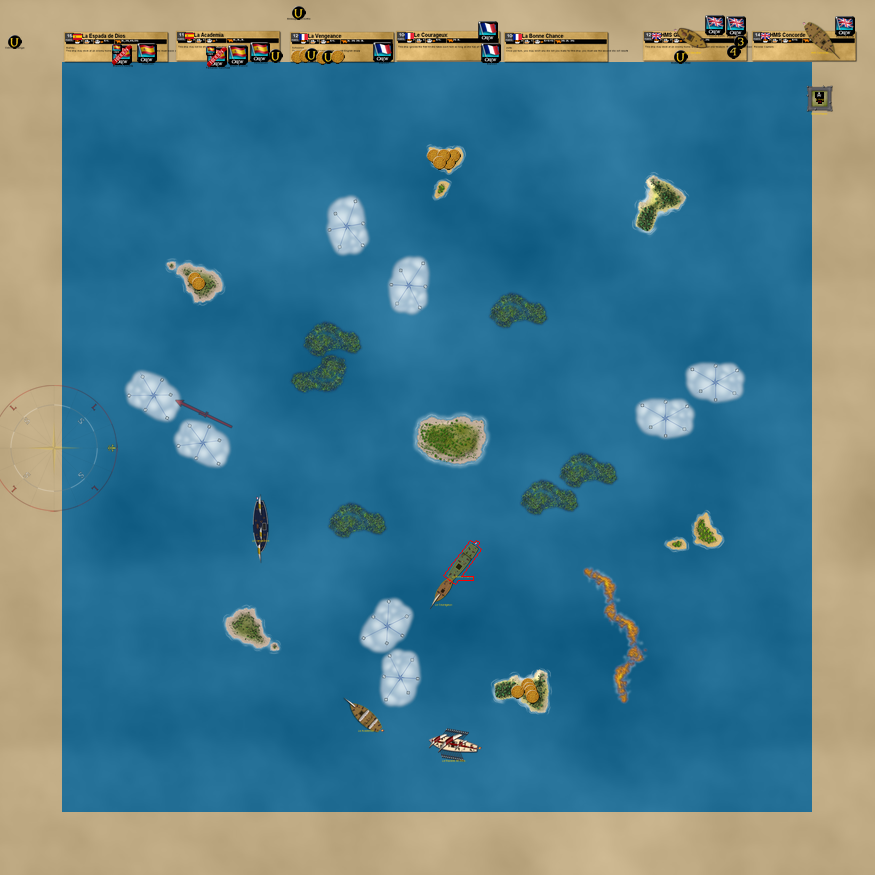 With perfect timing, the Academia sails up to the French home island right after the Vengeance docked home her gold, and Fernando Sanchez suddenly emerged from below decks! A coin was loaded aboard the Academia, who can’t be shot at while docked.

The Espada de Dios quickly followed suit with her own raid, revealing Bianco’s Haulers to ensure maximum protection. The Academia stole the final French coin, and the Vengeance and Courageux couldn’t do much but look on in bewilderment.

The Spanish raiders docked home their gold for an even bigger windfall than their first, since the northeastern island didn’t have high value coins on it. 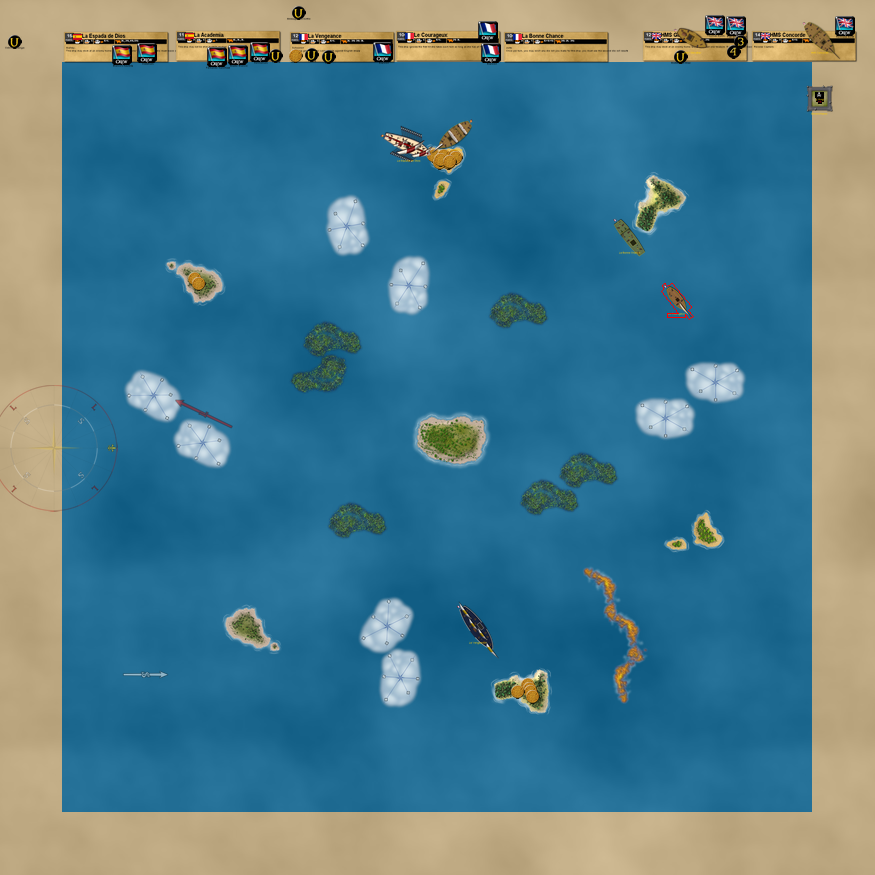 This shows the beginning of the endgame, where things got more complicated and strategic. The Espada looks to explore the northwestern island, while the Vengeance is about to NOT dock home her second haul of gold, knowing the Academia can steal it. 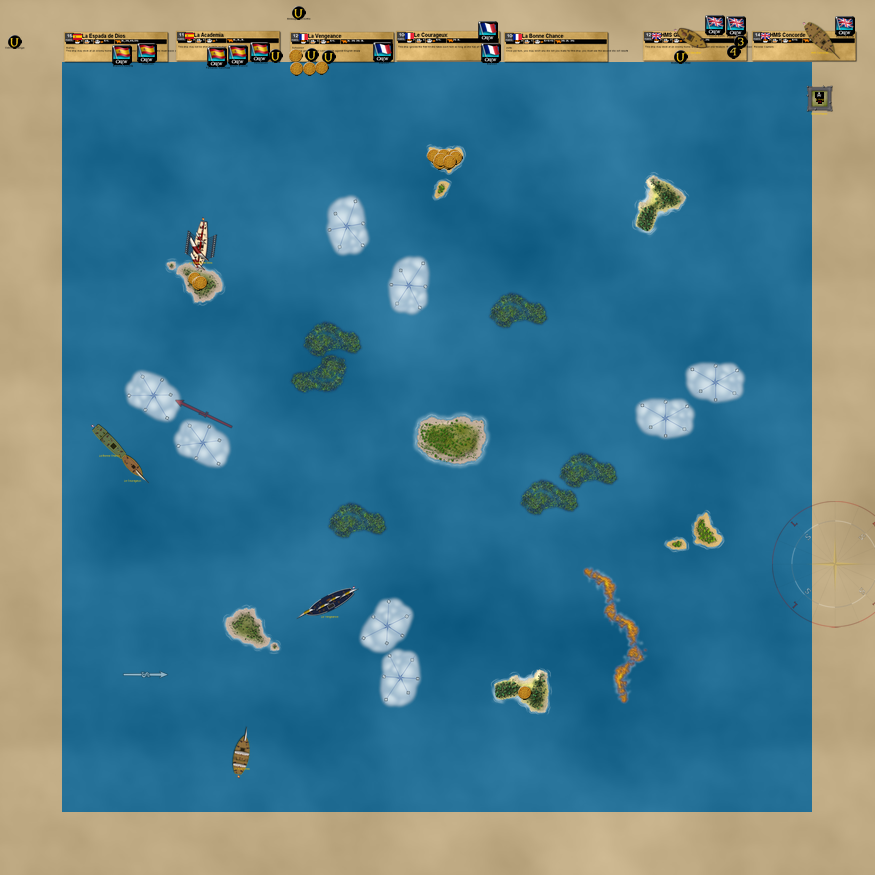 The Academia gives up her useful Relics UT to avoid getting blasted by the Vengeance, who heads south as the Academia ducks into a fog bank and hopes the Vengeance will return soon. The Bonne Chance finally begins repairing, while the Espada is about to unload gold. 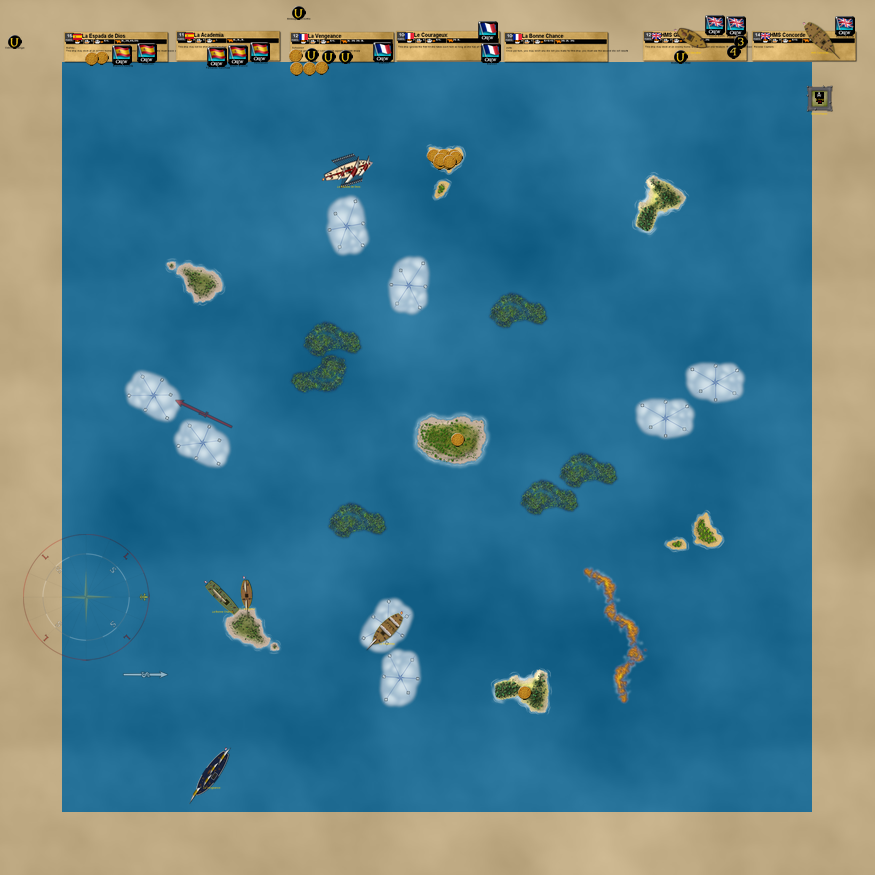 This is where things got more convoluted. The Courageux went into the fog near the Spanish HI, while the Academia grabbed the final coin from the southern island. The French were playing a bit of cat-and-mouse, unable to dock at their home island while other coins were still in play for fear that the Spanish could take what they wanted. At this point the game was more complex than I can describe. 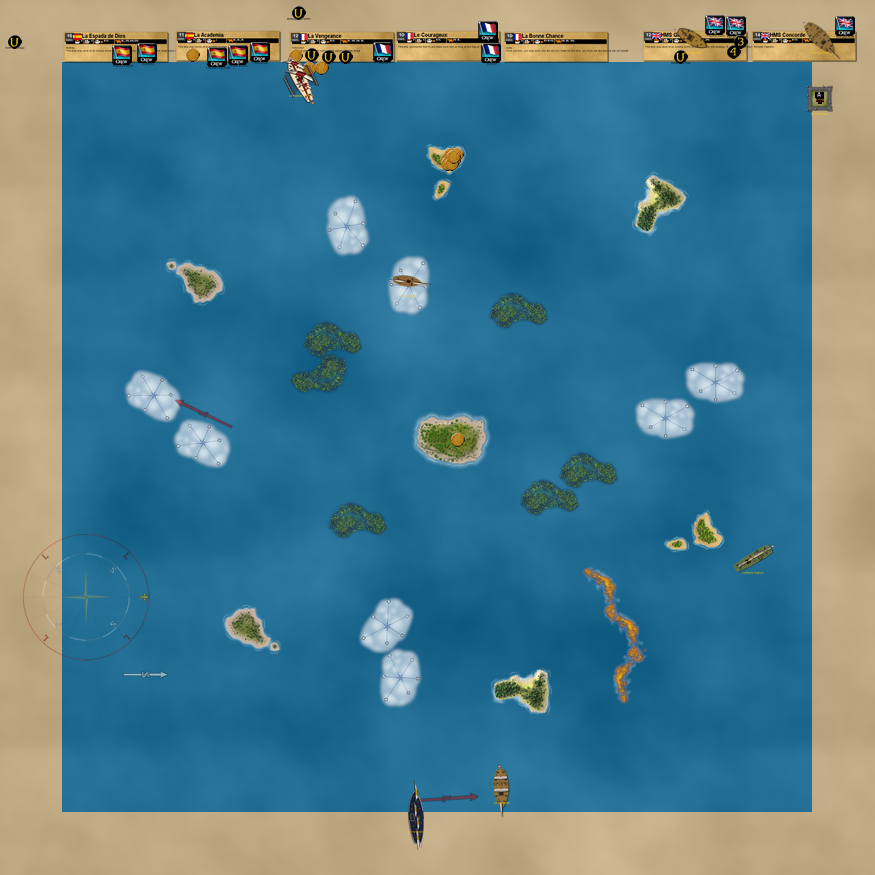 Eventually something had to give, and it did! The Academia manages to dock home her 3 coin, but the Espada is cornered. If the French could capture one of the Spanish HI raiders, they could potentially use it against the Spanish to tip the gold scale in their favor! Alas, it was not to be, as both fleets rolled poorly and eventually the Espada escaped just in time. 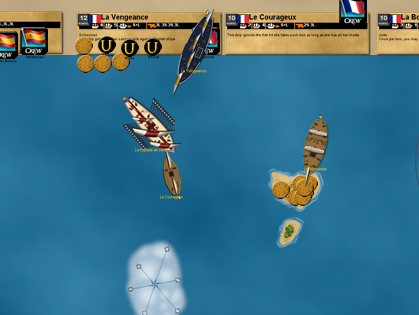 After a few more shenanigans, the French docked home their gold and the game ended. The final gold count was decisive:

A fine victory for the Spanish! This was another improbable gimmick victory for me, though since they’re becoming more common I may have to make a thread about this phenomenon. This particular game went as well as it could have for the Best Raiders of Spain, between the other two fleets fighting to the death right from the start, good UT luck, and a perfect execution of the HI raiding combo at the right time. We hope to play more multiplayer games in the future, and it was great to see a new VASSAL player!

Here is the video!